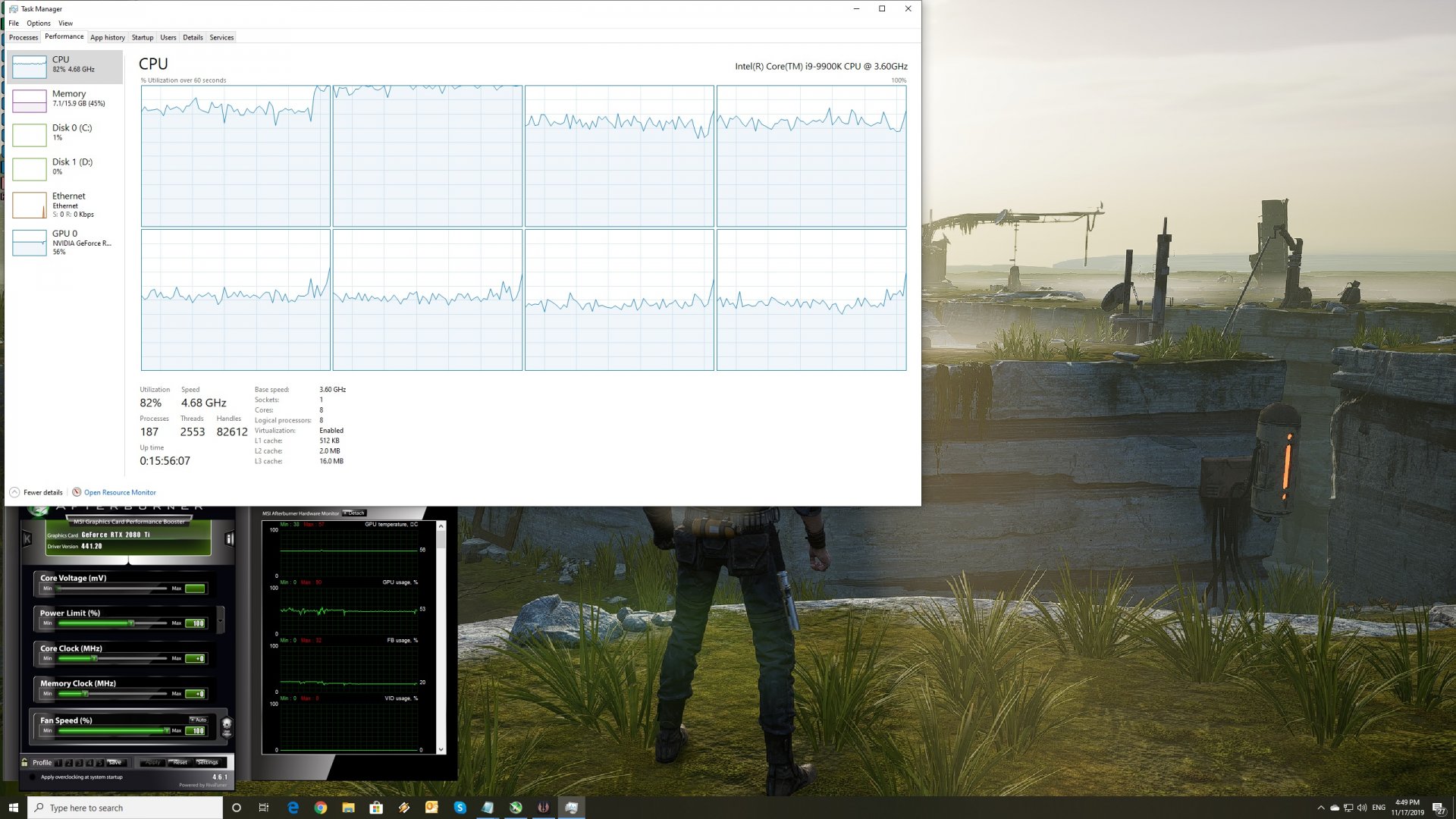 Respawn has added a few graphics settings to tweak. PC gamers can adjust the quality of Textures, Shadows, Anti-Aliasing and Visual Effects. There are also options for View Distance and Post-Processing. Moreover, the game will allow you to lock your framerate to 30fps, 45fps, 60fps, 90fps, 120fps or 144fps. PC gamers can also enable or disable Chromatic Aberration, Motion Blur, Film Grain and Camera Shake.

This new Star Wars game does not appear to require a high-end CPU. In order to find out how the game scales on multiple CPU threads, we simulated a dual-core, a quad-core and a hexa-core CPU. Without Hyper Threading, our simulated dual-core system was able to come close to a 60fps experience at 1080p/Epic. However, there were major stuttering issues while exploring the environments, as well as drops to 50fps. With Hyper Threading enabled, we were able to get a constant 60fps experience. 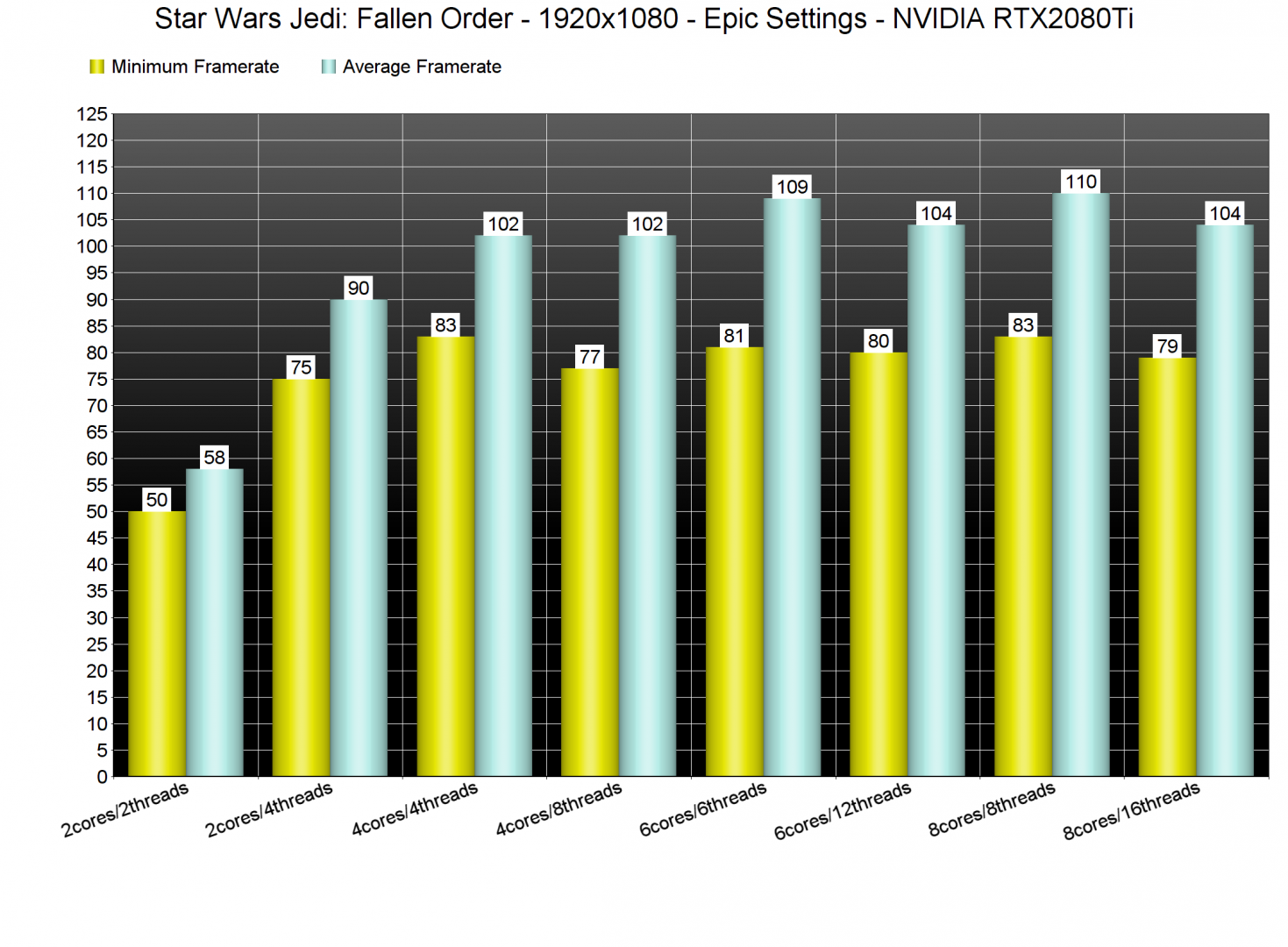 Star Wars Jedi: Fallen Order only supports DirectX 11 and is one of the few games that does not benefit from Hyper Threading on quad-core/hexa-core/eight-core CPUs. As we can see, the game was running noticeably faster when Hyper Threading was disabled.

Unfortunately, we were not able to test this game on our Intel i7 4930K. After all, Origin has been constantly locking our account (due to the hardware changes we were making). To be honest, it was a real pain in the ass finishing this analysis due to these lock ups. So yeah, sadly we won’t have any comparisons between the Intel i7 4930K and the i9 9900K.

Star Wars Jedi: Fallen Order does not also require a powerful GPU in order to be enjoyed. Our GTX980Ti, Vega 64 and RTX2080Ti had no trouble running the game with 60fps at 1080p/Epic settings. Our AMD Radeon RX580 also provided a 60fps experience (though there were occasional dips to 50fps). 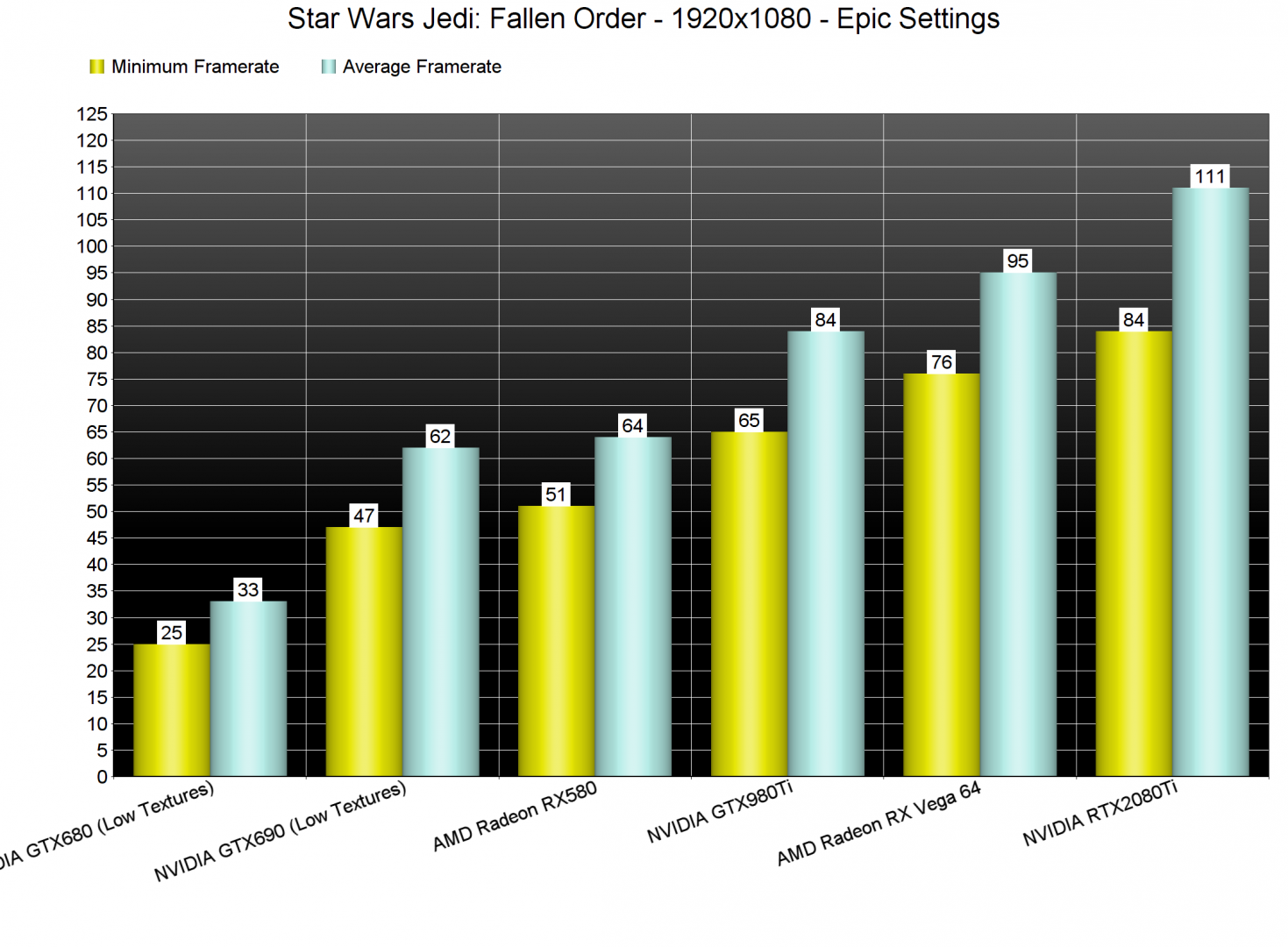 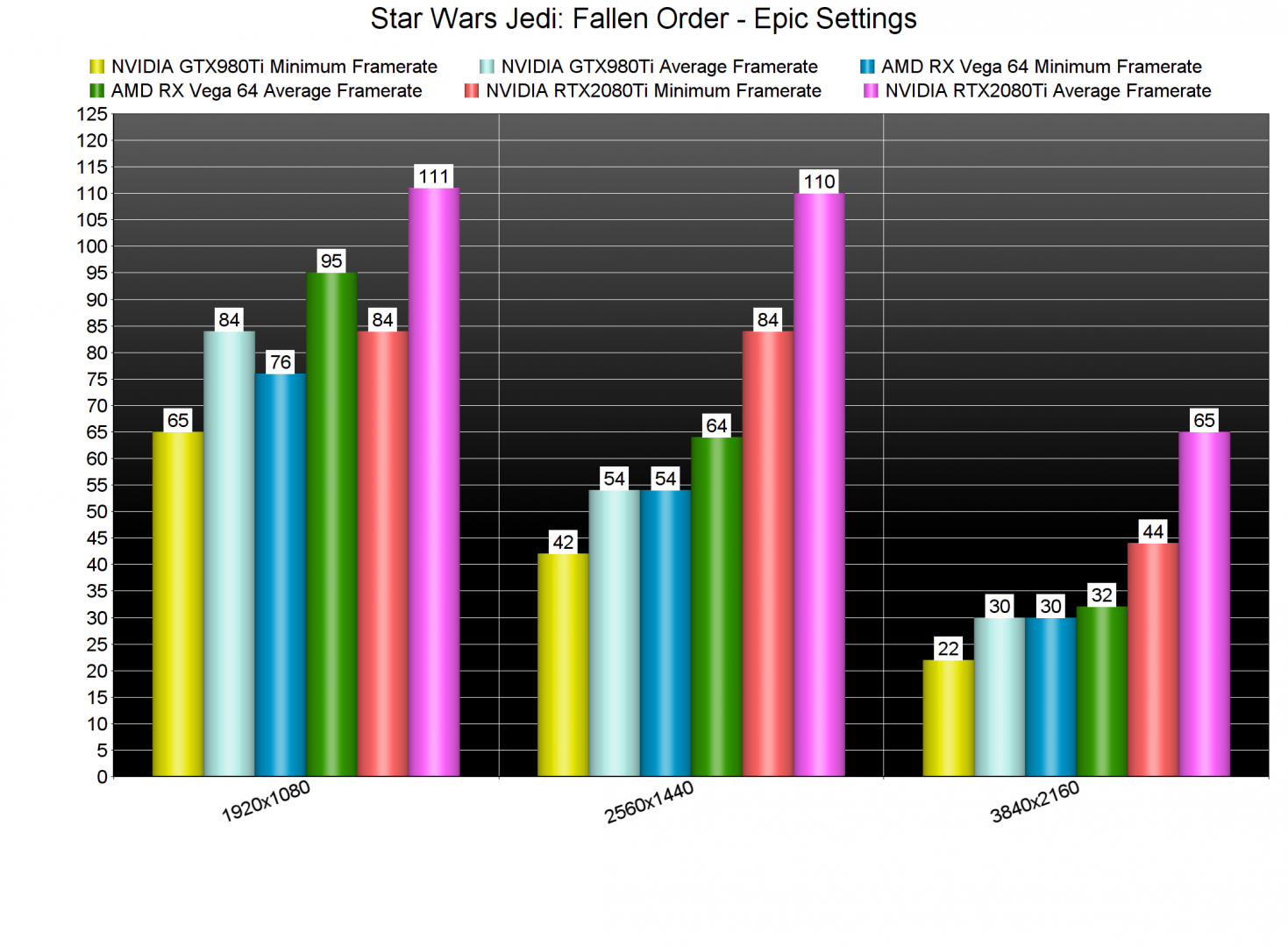 Graphics wise, Star Wars Jedi: Fallen Order looks gorgeous. The environments are full of details and every character looks great. I should also note that Cal’s hair is ridiculously detailed and animated. All Star Wars enemies and ships look phenomenal, and there are some amazing particles effects. Moreover, there are some cool scripted destruction events.

Things are not perfect though. The game has numerous invisible walls and there are slight pop-in issues, even on Epic settings. The game also suffers from some stuttering issues, especially when loading new areas. This issue affects all versions of Star Wars Jedi: Fallen Order, so hopefully Respawn will address it via a post-launch update.

All in all, Star Wars Jedi: Fallen Order runs pretty great on the PC platform. Contrary to the console versions, the stuttering issues are not that awful on the PC. Moreover, the game can run with 60fps on a variety of PC configurations. While there is definitely room for improvement, the game already looks and runs great on the PC.