CBE Software, creators of J.U.L.I.A.: Among the Stars, has released its latest story-driven psychological horror game on Steam. Someday You’ll Return uses Unreal Engine 4 and it’s time to benchmark it and see how it performs on the PC platform.

CBE Software has added a respectable amount of graphics settings to tweak. PC gamers can adjust the quality of View Distance, Foliage Density, Anti-Aliasing, Post Processing, Depth of Field and Motion Blur. There are also options for Ambient Occlusion, Shadows, Textures and Effects.

Someday You’ll Return does not have a built-in benchmark tool. Therefore, we’ve decided to benchmark the first forest area. This area appears to be more demanding than the Prologue scene. 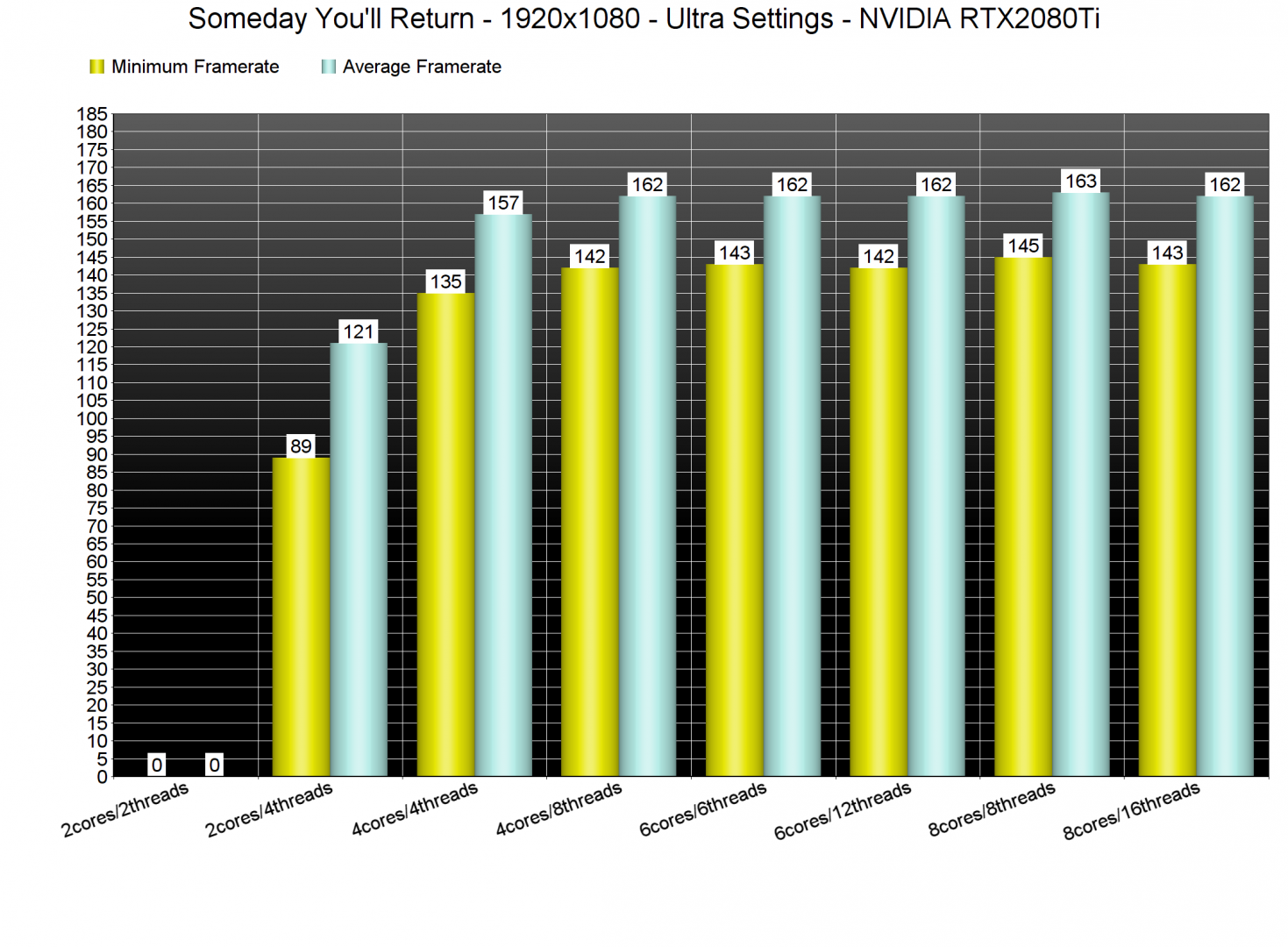 Someday You’ll Return is a GPU-bound title. Furthermore, and since this is another Unreal Engine 4 game, it benefits NVIDIA GPUs. Our top three GPUs were able to provide a smooth gaming experience at 1080p/Ultra settings. Unfortunately, our AMD Radeon RX580 was not able to hit constant 60fps at those settings. In order to get a smooth experience on that particular GPU, we had to lower our settings to High. 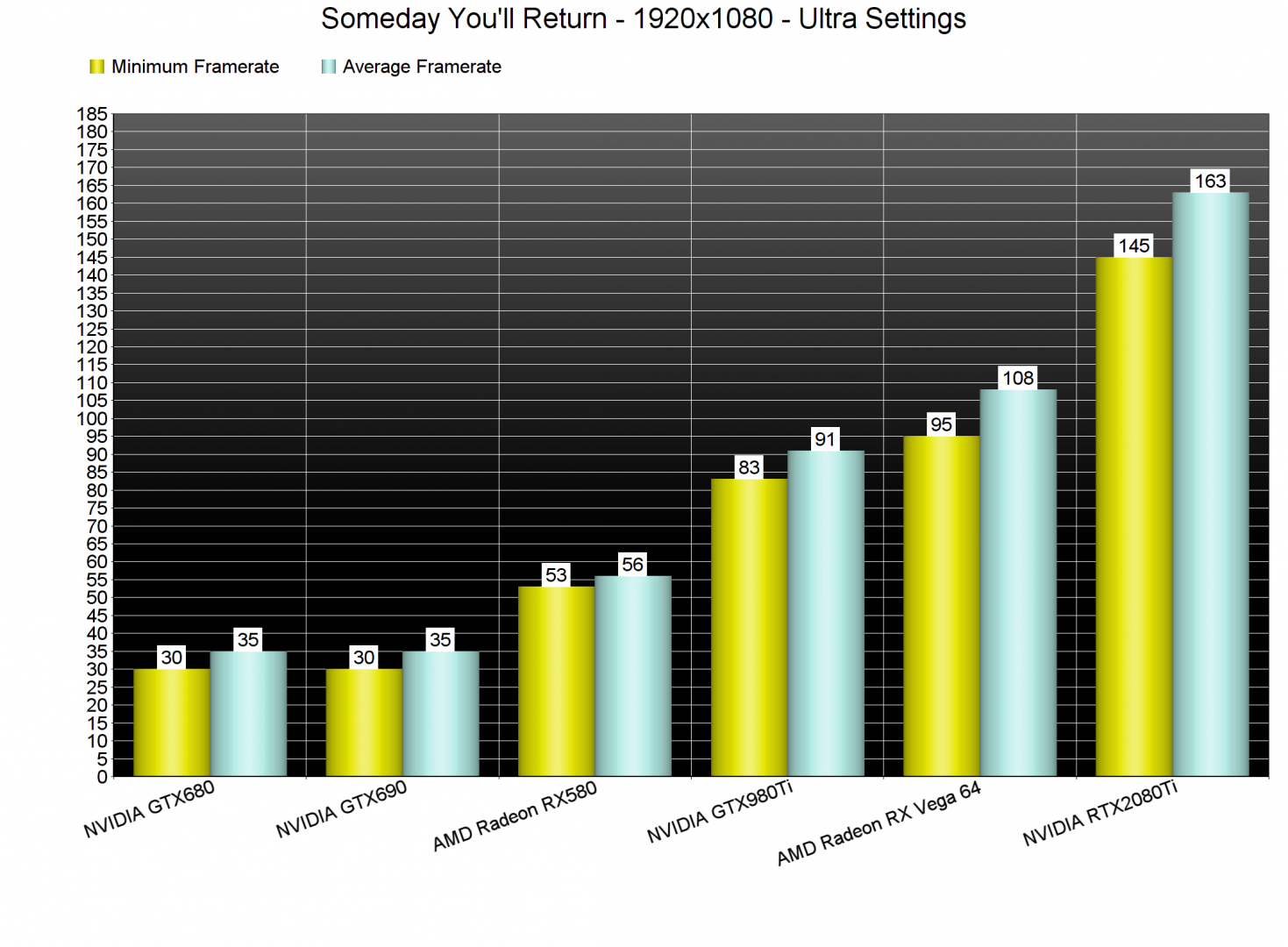 At 2560×1440, our AMD Radeon RX Vega 64 was able to offer a smooth gaming experience. There were some drops to 58fps, however, we believe that most of you won’t notice them. On the other hand, our NVIDIA RTX2080Ti had no trouble running the game at 1440p/Ultra. In 4K, however, NVIDIA’s most powerful gaming GPU was unable to offer a constant 60fps experience. 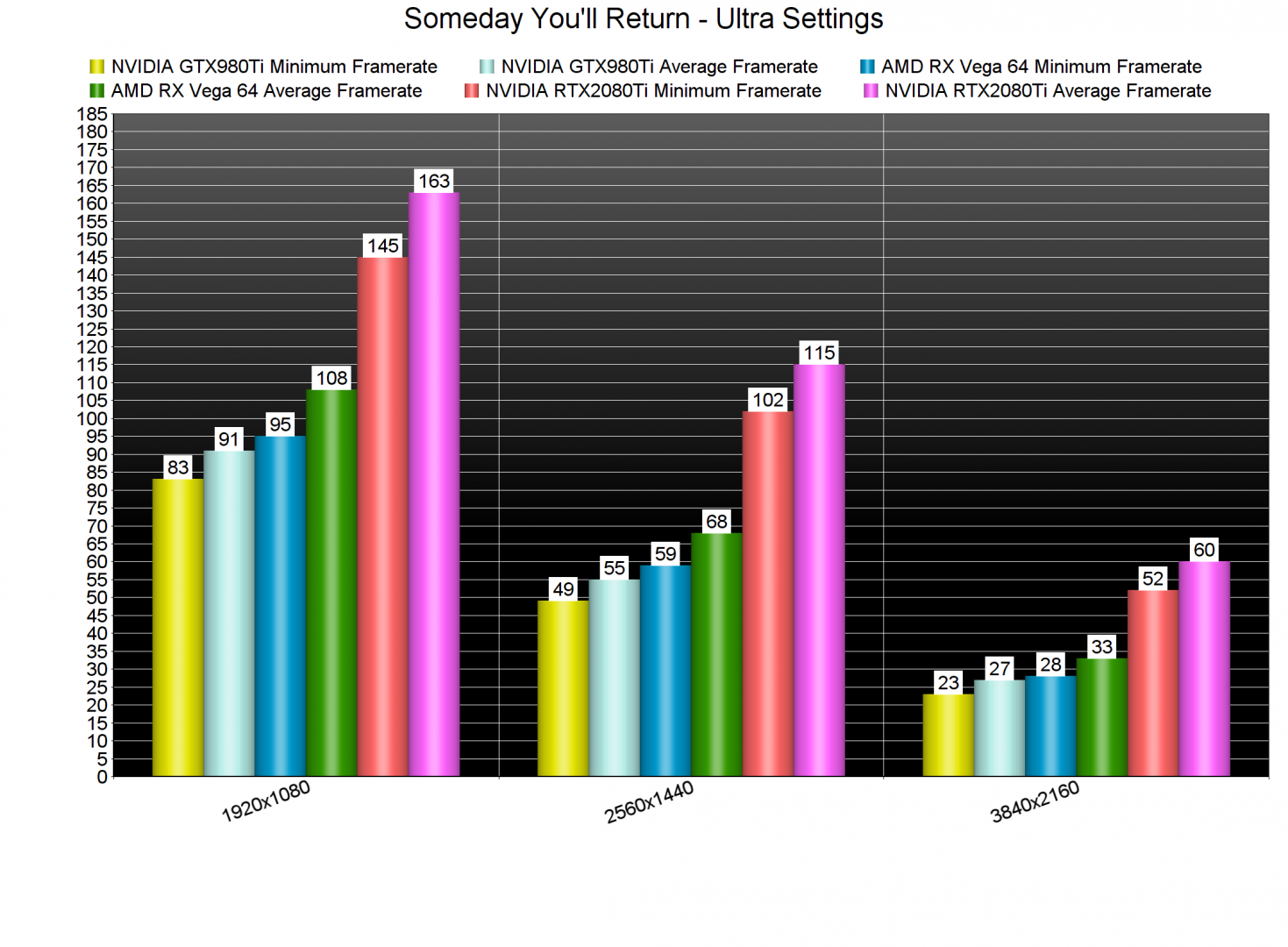 Graphics wise, Someday You’ll Return looks good for an indie title. There are numerous low resolution textures, and the human characters are nowhere close to what other developers are offering. We also noticed some shadow issues (some shadows appear square-ish) and there are noticeable pop-ins. Still, and for the most part, the game looks good. Again, you cannot expect a small studio like CBE Software to compete with the likes of The Coalition or Ninja Theory.

In conclusion, Someday You’ll Return performs similarly to most other indie Unreal Engine 4 games. It lacks the polish of triple-A UE4 games, and overall performance is sometimes questionable. Still, this is completely understandable in our opinion. Furthermore, and even though the game uses DX11, it can run smoothly on a wide range of CPUs. We also did not experience any mouse acceleration or smoothing issues.