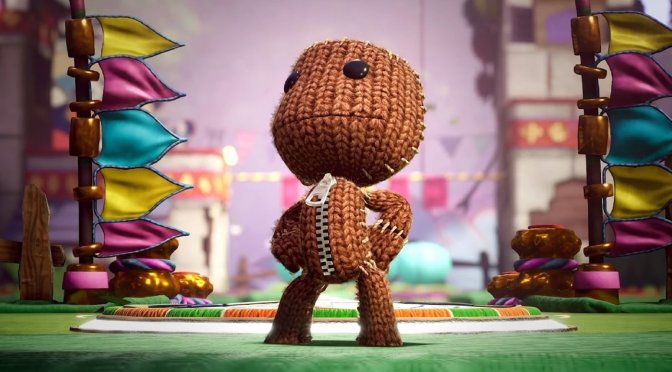 Sony has just released Sackboy: A Big Adventure on PC and as we’ve already reported, the game supports Ray Tracing for reflections, shadows and ambient occlusion. Furthermore, the game supports NVIDIA’s DLSS 2 AI-upscaling tech. As such, we’ve decided to benchmark them on the NVIDIA GeForce RTX 4090.

Sackboy: A Big Adventure does not feature any built-in benchmark tool. Therefore, for our benchmarks, we used the ending scene from the first level. This scene appeared to be the most demanding area we could find, so it can give us an idea of how the rest of the game will perform. 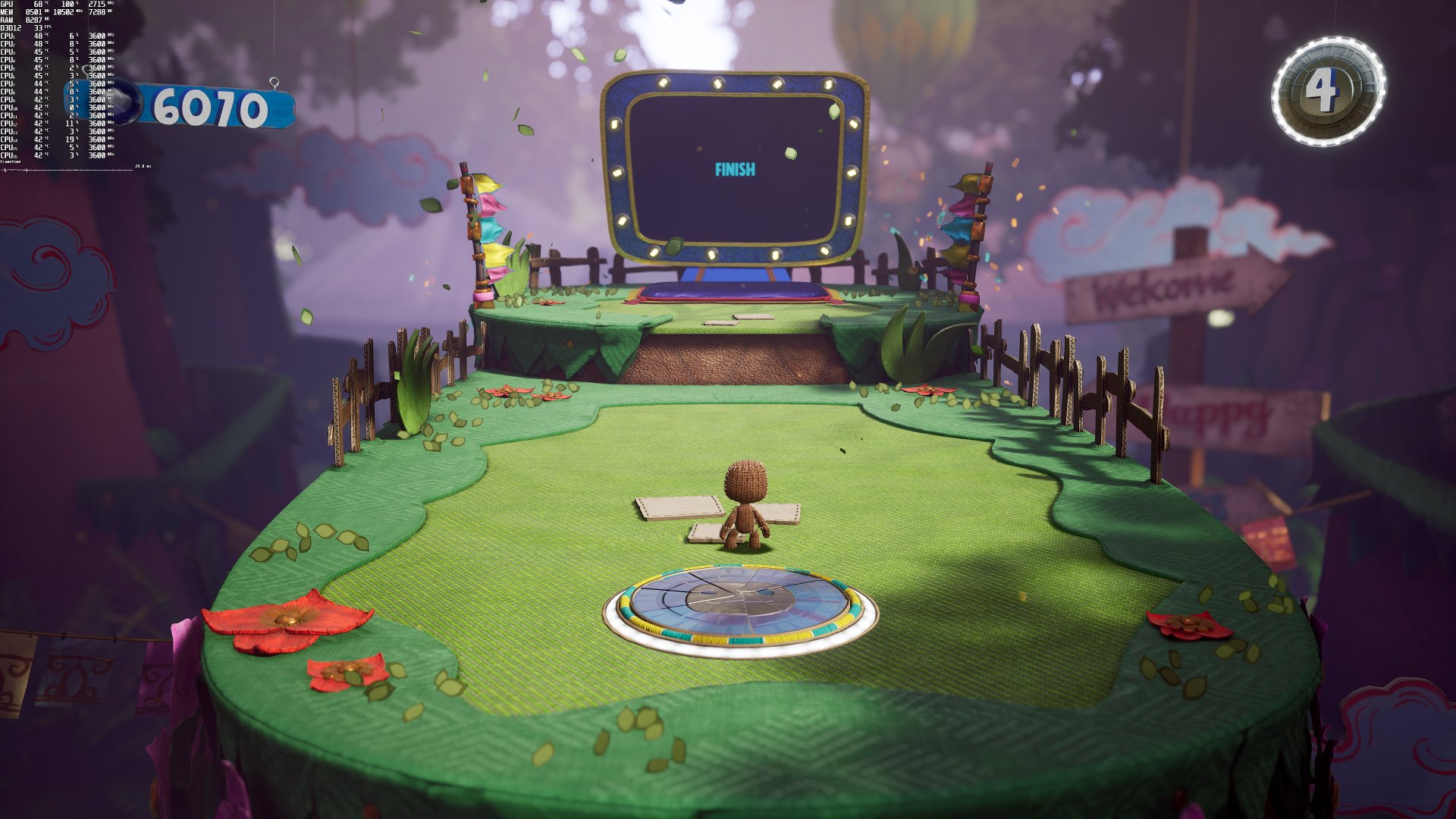 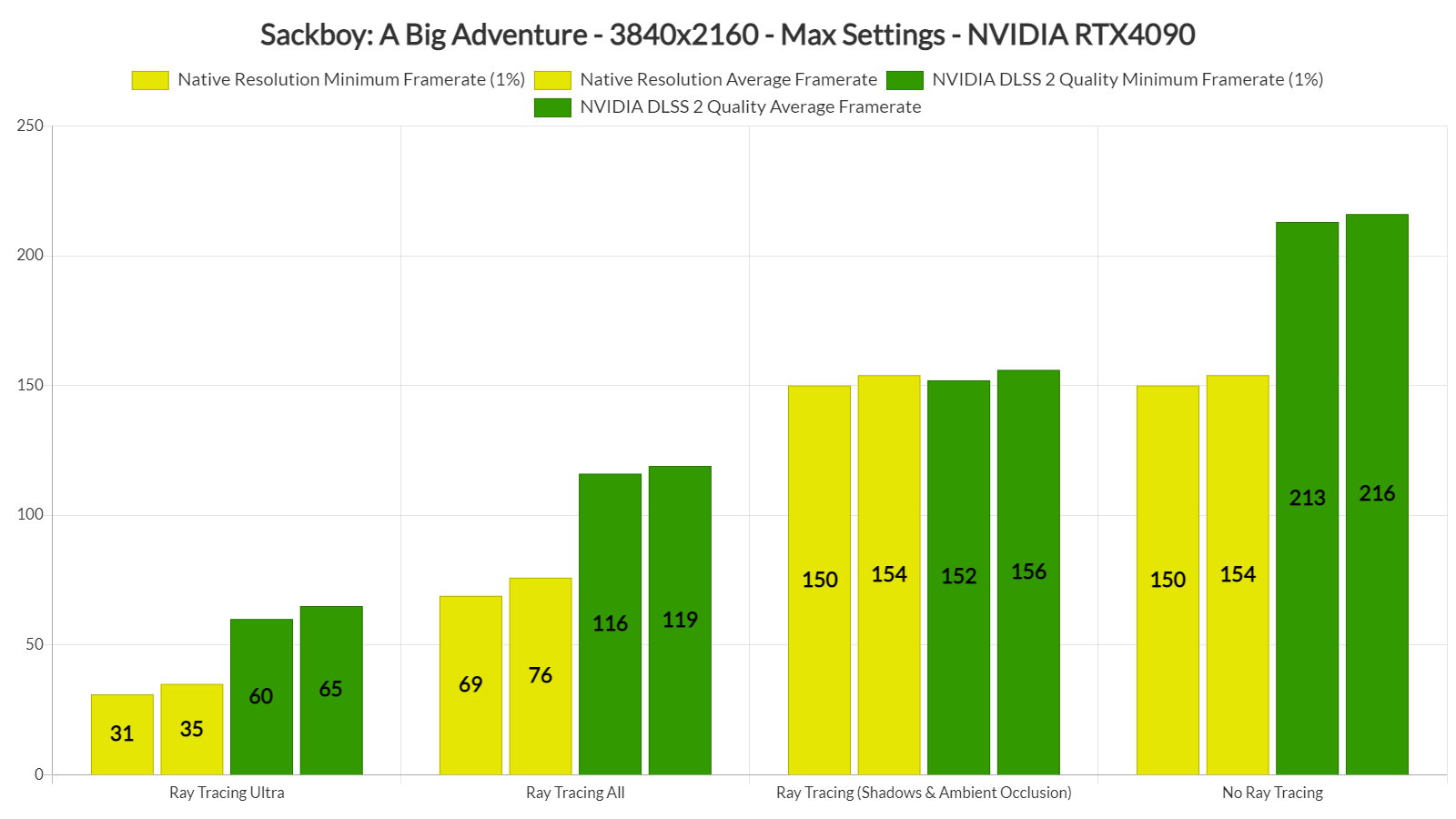 What’s really strange is the performance of the “non-RT” and the “RT+Shadows+Ambient Occlusion” combos. These two performed similarly at native 4K, suggesting a CPU limitation. However, when we enabled DLSS 2, we saw a major performance increase. We don’t know what’s going on here, but we were able to replicate this multiple times.

Now the good news here is that DLSS 2 offers a major performance boost without any negative impact on image quality. Below you can find some comparison screenshots. Native 4K is on the left and DLSS 2 Quality is on the right. And, honestly, I can’t see any difference between them. In this game, DLSS 2 Quality is basically a free performance boost, so we highly recommend using it.

All in all, Sackboy: A Big Adventure is quite demanding with Ray Tracing Ultra. However, and once you lower the RT settings, you’ll be able to significantly improve performance. Not only that, but DLSS 2 is a must-have in this game. And, without Ray Tracing at 4K, you can get really high framerates, especially when using DLSS 2.