Resident Evil Revelations was originally developed for – and released on – the Nintendo 3DS. This title met commercial success, and a lot of players considered it better than Resident Evil 6. Naturally, Capcom decided to take advantage of it, and decided to port it on current-gen consoles and PC with HD visuals and enhanced lighting effects. Thus, Resident Evil Revelations HD came to fruition. And it’s time now to see how this title performs on the PC platform.

As always, we used an overclocked Q9650 (4.00Ghz) with 4GB RAM, an Nvidia GTX690, the latest version of the GeForce drivers and Windows 7-64bit. Unfortunately, Nvidia has not included any SLI profile for this title, but you can force SLI via Resident Evil 6’s profile. All you have to do is download and open Nvidia’s Inspector Tool, search the available profiles in order to find Resident Evil 6, and add Resident Evil Revelations’ executable file to it. SLI scaling seemed fine to us, though our framerate was capped at 120fps (even when VSync was disabled).

Resident Evil Revelations is benefited from more than two CPU cores, as our simulated dual-core and tri-core systems showed a 12fps difference, though we should note that our dual-core system was able to push constant 60fps (no matter what was happening on screen). However, if you’re aiming for constant 120fps, you’ll have to use a tri-core (or a quad-core) CPU. As with most titles, there weren’t any significant differences between our simulated tri-core and our full powered quad-core systems. Despite that, Resident Evil Revelations scaled well on our quad-core, something that… well… surprised us since this is a game that is coming from Nintendo’s 3DS console; a handheld console that cannot even come close to most dual-core PC configurations. 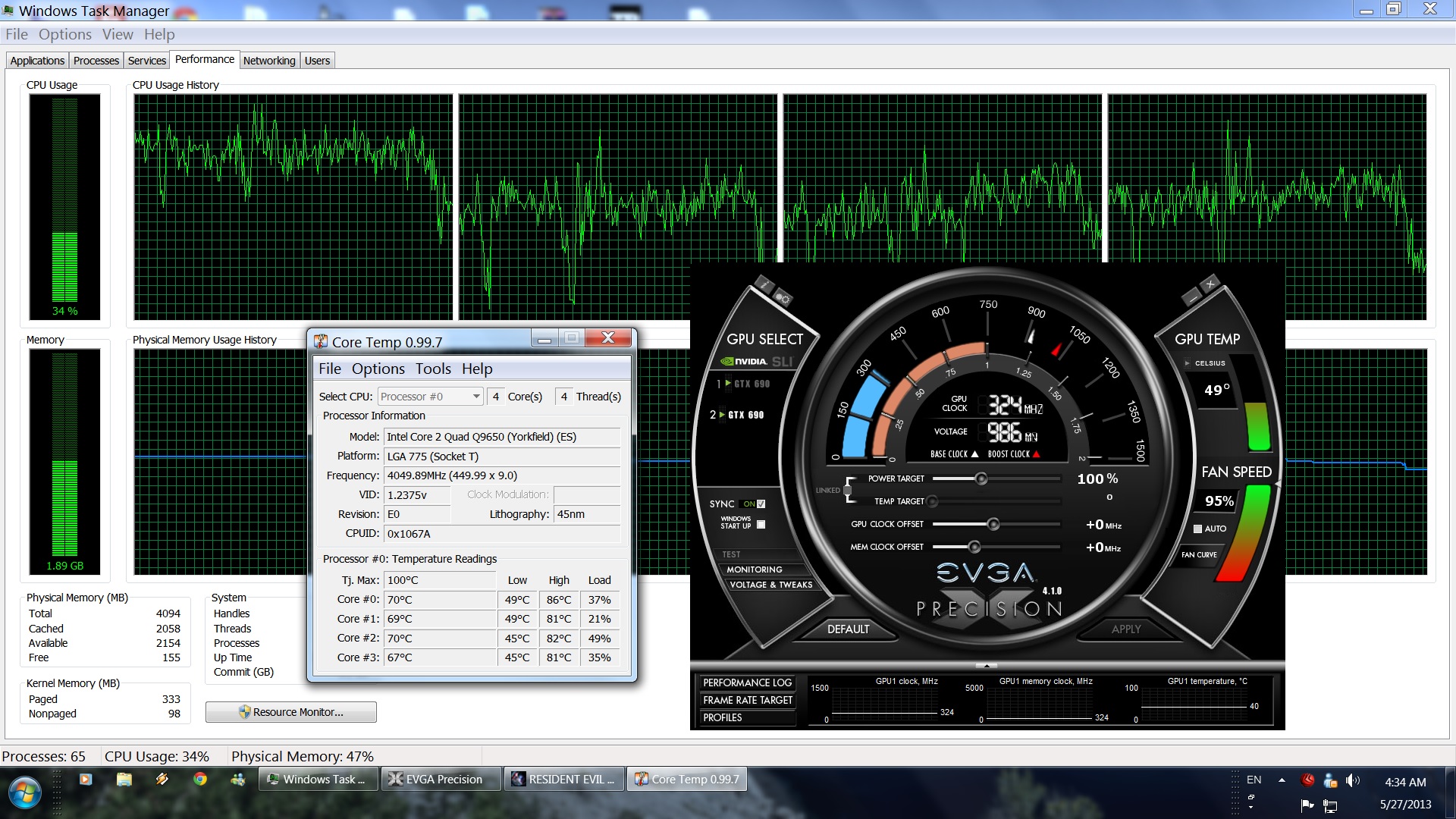 Graphics wise, Resident Evil Revelations is a mix of old-gen and current-gen titles. The game’s main characters and enemies are made from a relatively good number of polygons, however most of the game’s textures are really, really, bad. Capcom obviously attempted to update Resident Evil Revelations’ textures, however the end result is not pleasing at all and in all seriousness, we’ve seen far better jobs from modders for other, even older, titles. It’s a bit ironic that a huge company as Capcom cannot surpass some mere modders. More power to them I guess.

Capcom claimed that it has enhanced the game’s lighting effects, however we can’t see anything noteworthy here. Not only that, but the lighting system – in general – cannot even come close to the one featured in Resident Evil 6. As a result of that, Resident Evil Revelations feels so old-gen, and becomes – at some points – utterly disgusting. As said and before, this game was initially released on 3DS, however we’ve expected more from this – supposedly – HD version of it.

Regarding its GPU requirements, PC gamers will need a middle-ware GPU in order to enjoy it at 100fps with all its bells and whistles enabled (at 1080p). In Single-GPU mode, our GTX690 (which performed similar to a GTX680) was used at 70-80% and offered us constant 100fps. We should note though that we were running Resident Evil Revelations at 2560×1440. Naturally, those targeting for lower resolutions will be able to achieve those framerates even with older GPUs. When we enabled SLI (via Resident Evil 6’s profile) our total GPU usage dropped to 45%. It’s pretty clear that Resident Evil Revelations is not a demanding game, though we’d expected even lower GPU usage for such a ‘blurry’ game. 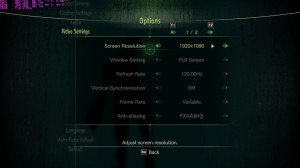 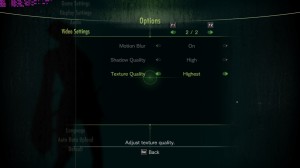 Resident Evil Revelations offers a limited amount of graphical options to tweak. PC gamers can choose the screen resolution of their choice, the refresh rate, whether they’ll be using VSync or not, whether their framerate will be locked or not, and the quality of FXAA. In addition, they can also toggle motion blur on/off, and they can choose the quality for textures and shadows.

Unfortunately, we should note that Capcom’s latest title suffers from an awful mouse implementation. Even though the company has released a patch that adds an option to disable mouse acceleration and aim assist, the whole mouse movement seems like it’s being emulated via some awkward analogue algorithms. In other words, it feels that the mouse movement is based on an ‘analogue input’, thus it does not offer ‘1-1’ accuracy. In short, it feels bad. Therefore, we strongly suggest using a controller for this game, even though the keyboard+mouse combo should – normally – feel better for such a third-person title.

Enjoy the following screenshots, and a walkthrough that is courtesy of our reader Justin Salih! 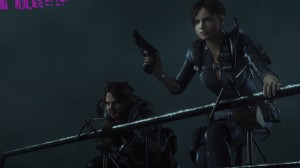 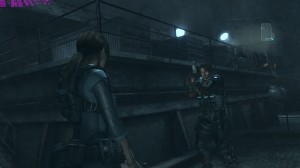 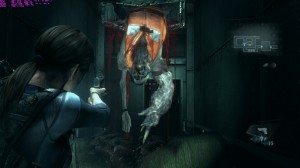 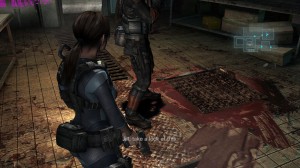 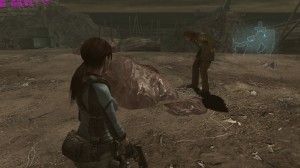 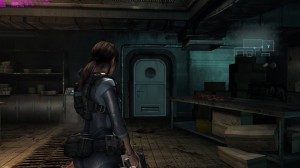 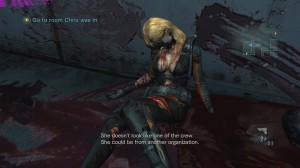 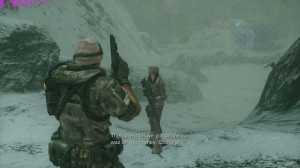 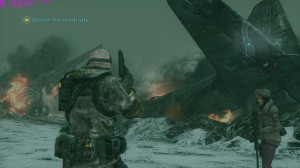 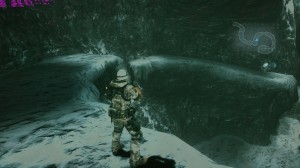 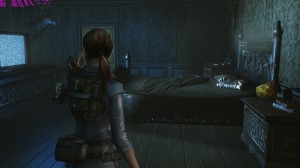 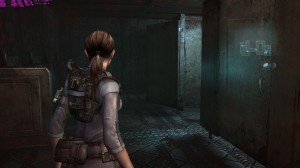 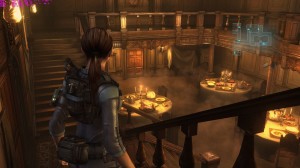 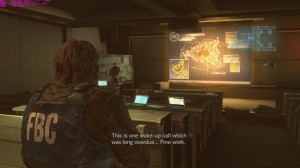