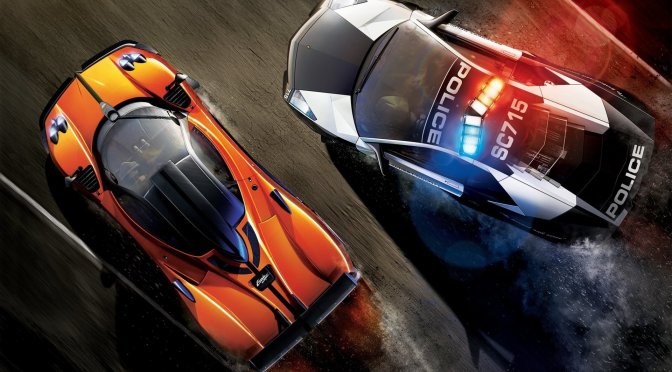 Electronic Arts has just released Need for Speed Hot Pursuit Remastered on the PC. Thus, it’s time to benchmark this arcade racer and see how it performs on the PC platform.

Stellar Entertainment has implemented a respectable number of graphics settings to tweak. PC gamers can adjust the quality of Textures, Texture Filtering, Environment LOD, Vehicle LOD, Shadow Level, Reflections, Ambient Occlusion and Anti-aliasing. There are also options for Bloom, Motion Blur and Depth of Field. Do also note that the game does not feature an uncapped framerate; you can set your framerate to 30fps or 60fps.

In order to find out how the game scales on multiple CPU threads, we simulated a dual-core, a quad-core and a hexa-core CPU. And, we are happy to report, that Need for Speed Hot Pursuit Remastered can run with constant 60fps on a huge range of CPUs. Even without Hyper Threading, our simulated dual-core system was able to run the game with constant 60fps at 4K/Max Settings. 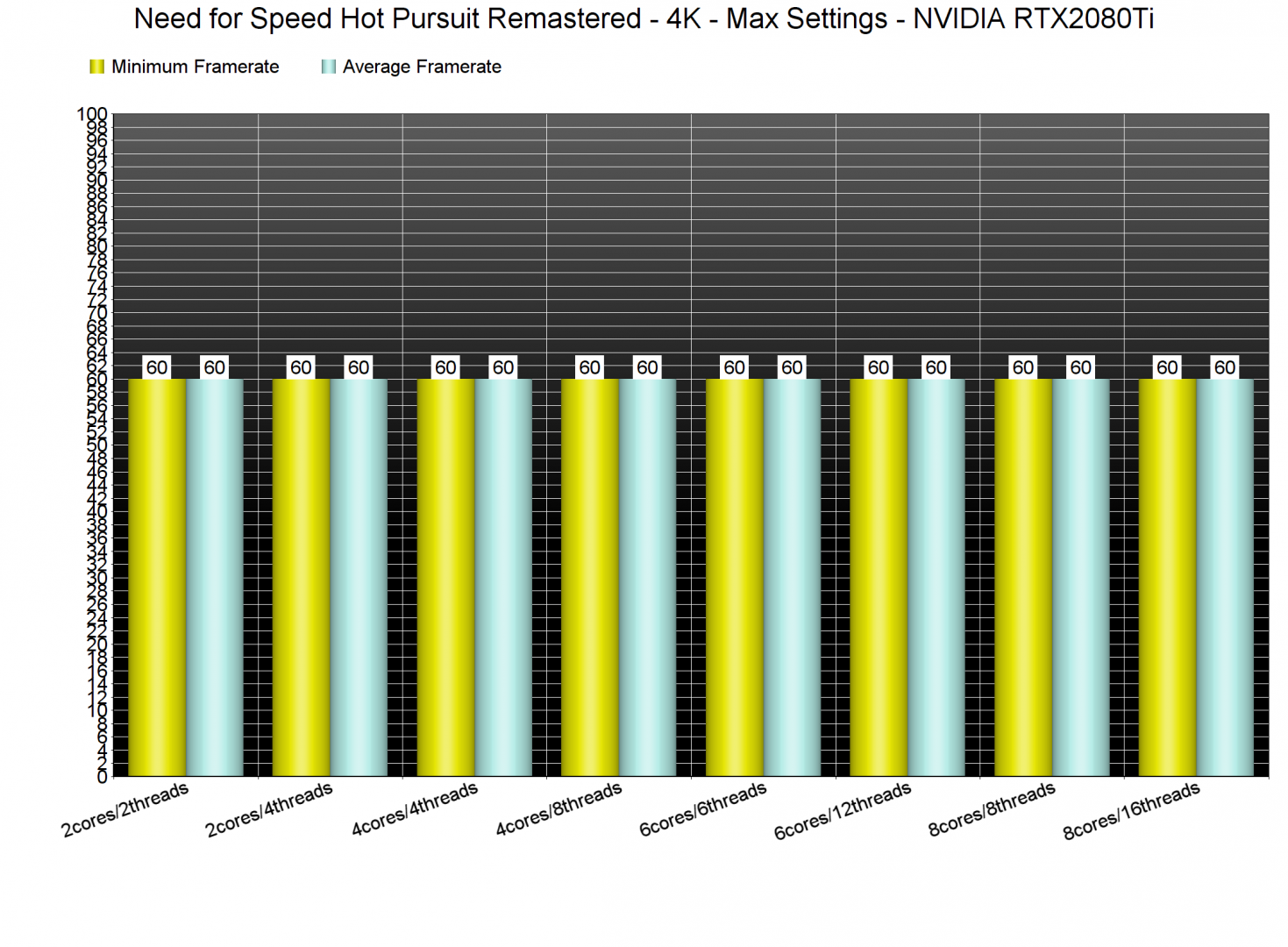 Need for Speed Hot Pursuit Remastered can also run smoothly on a wide range of GPUs. All of our GPUs were able to offer a constant 60fps experience at 1080p/Max Settings. 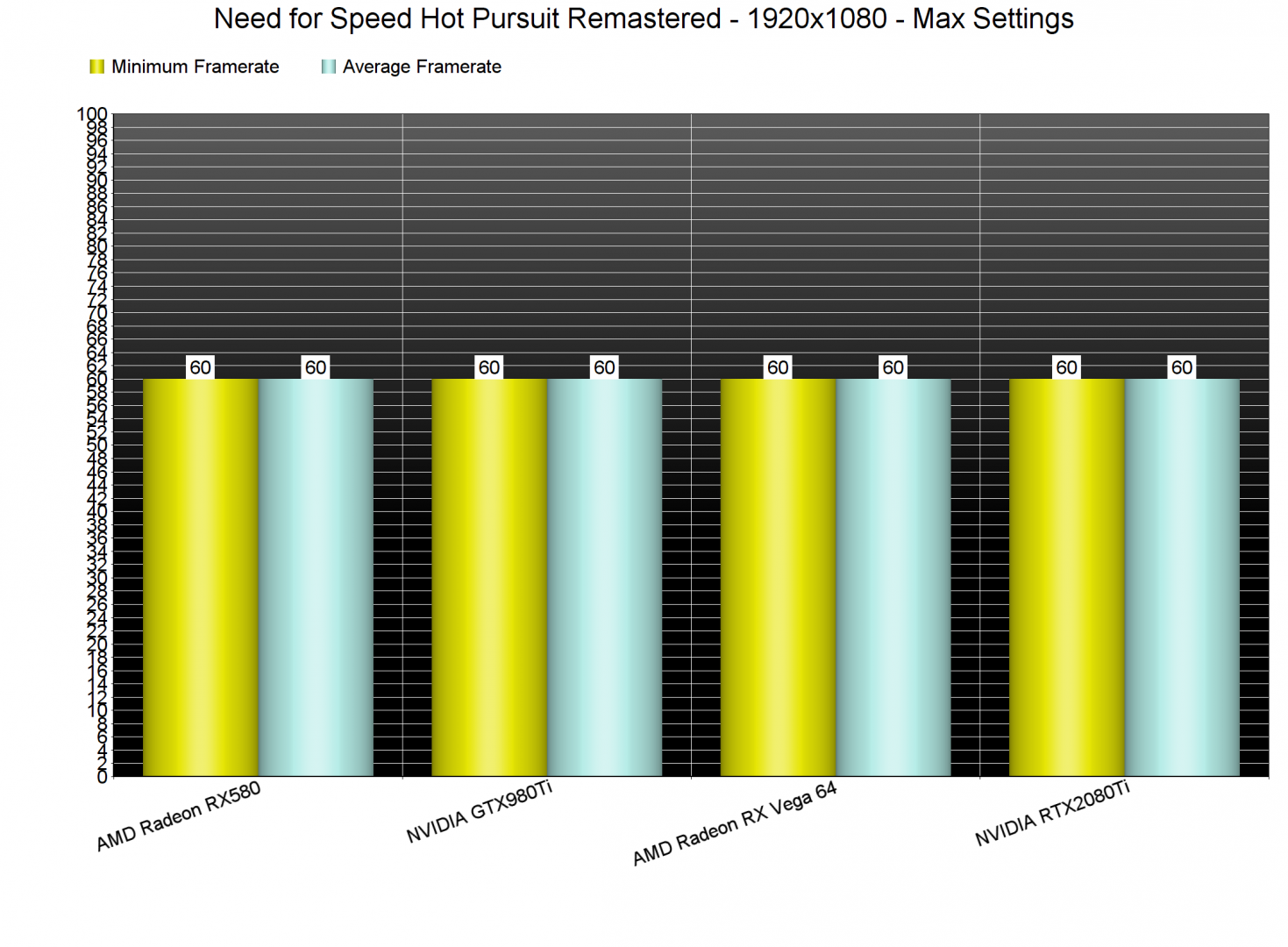 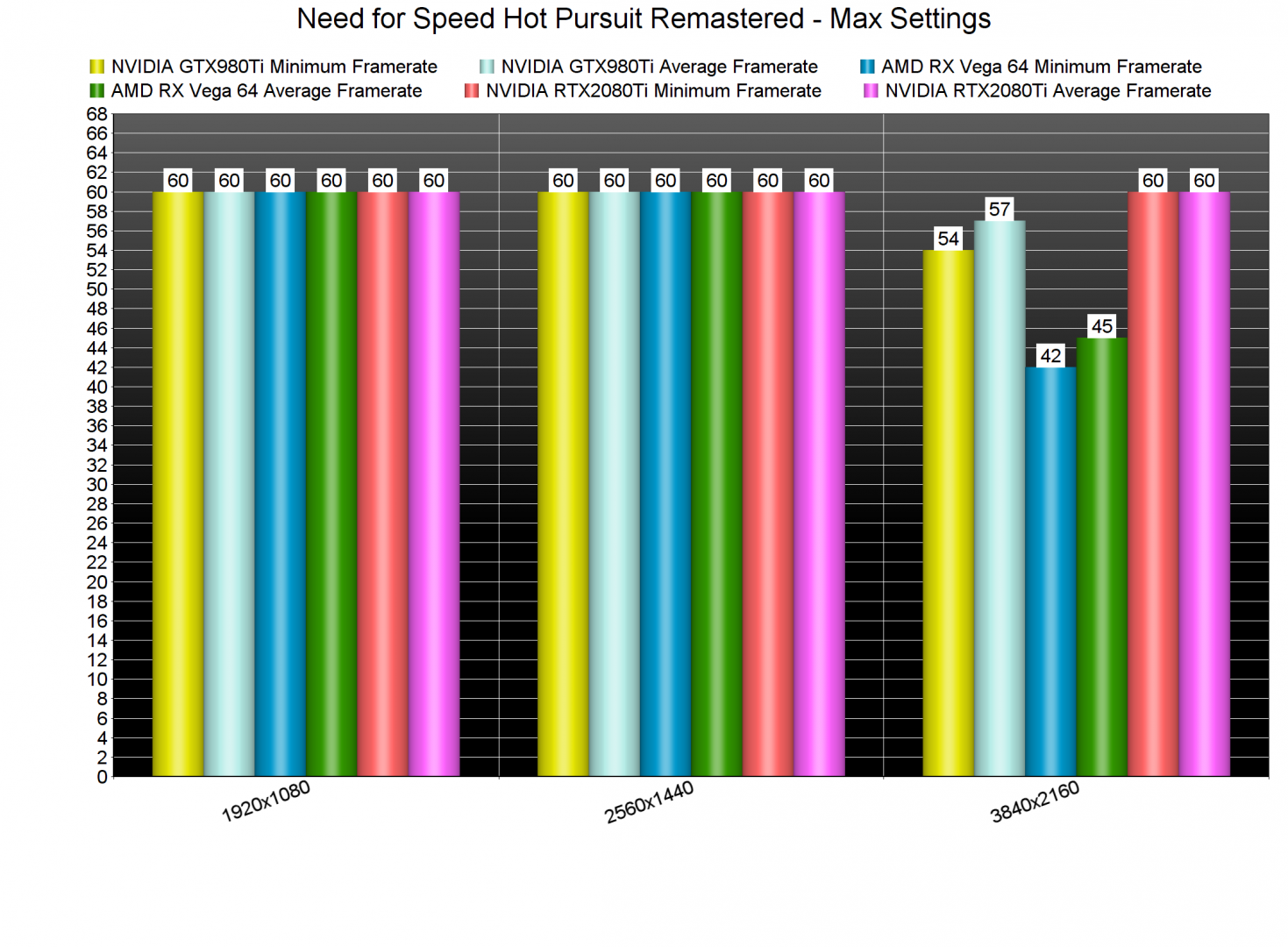 Need for Speed Hot Pursuit Remastered is still a great looking arcade racer. Stellar Entertainment has provided some visual enhancements, and you can find here some comparison screenshots between the original and the remastered versions. While it isn’t obviously as gorgeous as the latest Forza games, it still looks great. The fact that it also runs with silky 60fps on a huge range of GPUs is also a big plus.

In conclusion, Need for Speed Hot Pursuit Remastered runs incredibly well on the PC platform. The game does not require a high-end PC system in order to run it with constant 60fps at 1080p or 1440p. We also did not experience any stability issues, and the keyboard controls were great.