Originally, we had no plans to write a PC Performance Analysis article for Mortal Kombat X. You see, most fighting games run exceptionally well on the PC platform, therefore we believed that there wouldn’t be any meaningful reason to write one for Mortal Kombat X. However, some of our readers requested one (after experiencing various performance issues). As a result of those requests, we decided to put NetherRealm’s latest fighting game to the test.

As always, we used an Intel i7 4930K (turbo boosted at 4.2Ghz) with 8GB RAM, NVIDIA’s GTX690, Windows 8.1 64-bit and the latest WHQL version of the GeForce drivers. Do also note that we tested the latest patched version of Mortal Kombat X; a version that is said to be coming with lots of performance improvements.

Mortal Kombat X is powered by a heavily modified version of Unreal Engine 3. While NVIDIA has not included yet an SLI profile for this fighting game, we were able to enjoy it with 60fps on a single GTX680. Even at its most demanding stages (Dead Woods), the game was running without any performance issues and our GPU usage never exceeded 83%. We don’t know how the unpatched version runs, but the game’s latest version is running fine. 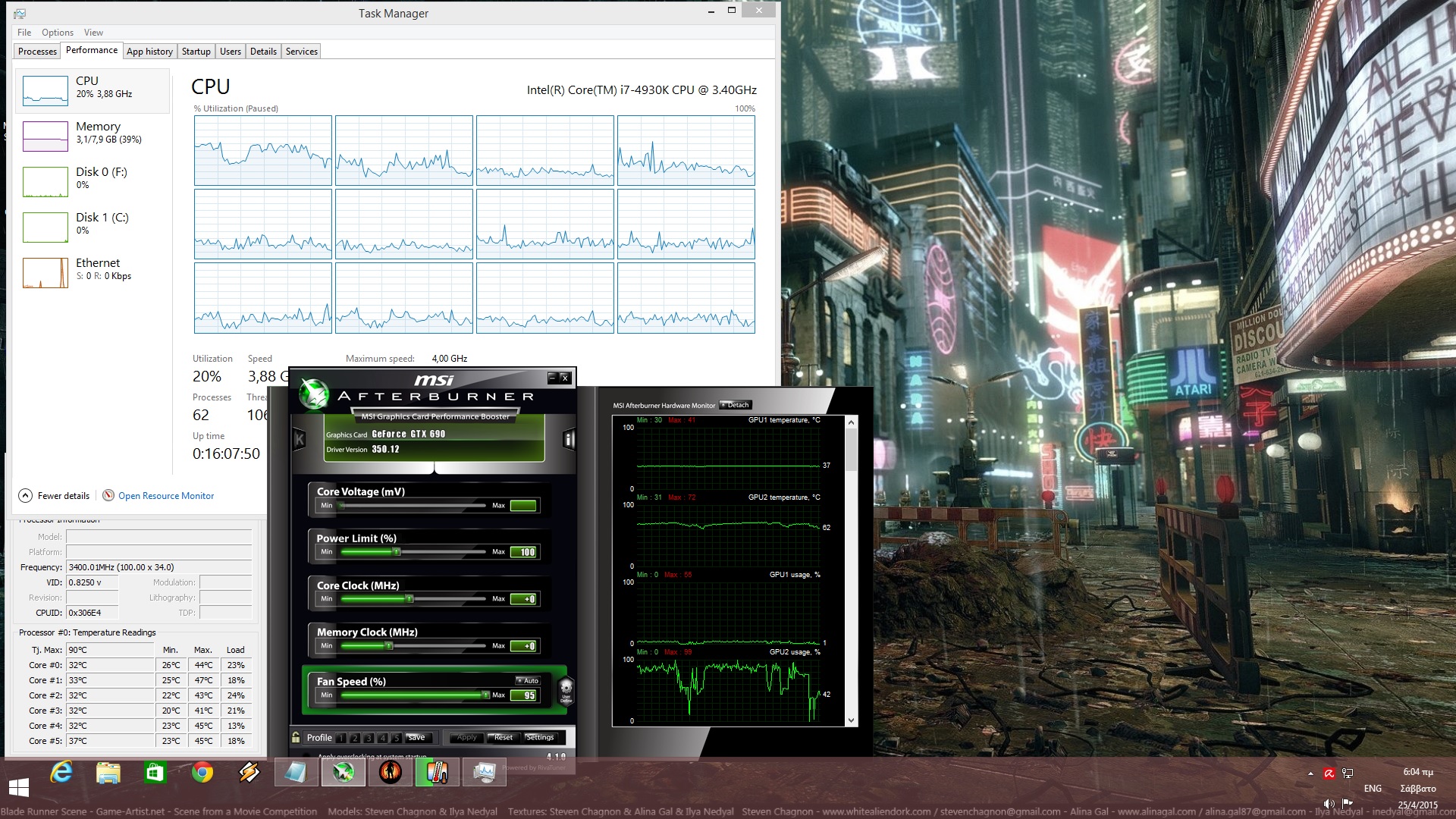 Mortal Kombat X is basically a GPU-bound title. As we can see, our i7 4930K was hardly used. The game ran with 60fps even on a simulated dual-core CPU, meaning that those with weaker CPUs will be able to fully enjoy this title.

Regarding the game’s GPU requirements, a GTX680 is enough for running the game with 60fps at 1080p with all its bells and whistles enabled. Now we know what most of you will be saying: “A GTX680 for a fighting game? When this very same game runs with 60fps on PS4? ” And you’d have a point. It does sound fishy (indicating that a better optimized version could be possible), however – and given today’s PC GPU standards – most PC gamers should already have GPUs that are way more powerful than the GTX680.

The PC version of Mortal Kombat X also suffers from “black crush” that ruins its cut-scenes. High Voltage Software has not addressed this issue yet, and you can find below two screenshots showcasing it.

And if that wasn’t enough, NetherRealm and High Voltage Software have locked all X-Ray moves, Introductions and Fatalities to 30fps. Due to this awkward and quick framerate fluctuation, some PC gamers may experience some stuttering. This lock mechanism was firstly introduced in the console versions of Mortal Kombat X (perhaps because these scenes were way too taxing for those machines?), however it has no place in the PC version. Plain and simple.

Graphics wise, Mortal Kombat X is a beautiful game. All characters and stages are highly detailed. There are lots of particles effects on-screen, and the Fatalities are really gruesome. Similarly to the previous part in the MK series, the kombatants get scars from the wounds they receive during matches. Lighting effects look great, and there is a nice motion blur effect in place. And while we were hoping for a greater graphical jump (compared to its predecessor), Mortal Kombat X is a great looking game.

All in all, Mortal Kombat X suffers from a number of issues on the PC. Crush blacks literally destroy the game’s story cut-scenes, and the awkward 30fps lock mechanism may annoy – and disappoint – a number of PC gamers. For what is worth, the game is fully playable with a keyboard (you can remap all keys and the in-game indicators show the appropriate keyboard keys). Mortal Kombat X does not require a high-end CPU, and a mid-range GPU should be able to handle its latest patched version.

Let’s hope that High Voltage Software will address the remaining issues with a new patch.

Kudos to GreenManGaming for providing us with a copy of the game. Those interested can purchase Mortal Kombat X from GMG.

Enjoy! Sub-Zero > Scorpion. Also this was the best episode of MK: Conquest