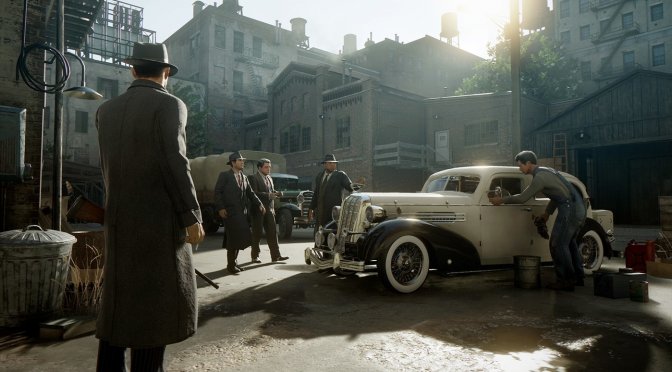 The remake for the first Mafia game, Mafia Definitive Edition, is finally available on the PC. Powered by the same engine that Mafia 3 uses, it’s time now to benchmark it and see how it performs on the PC platform. 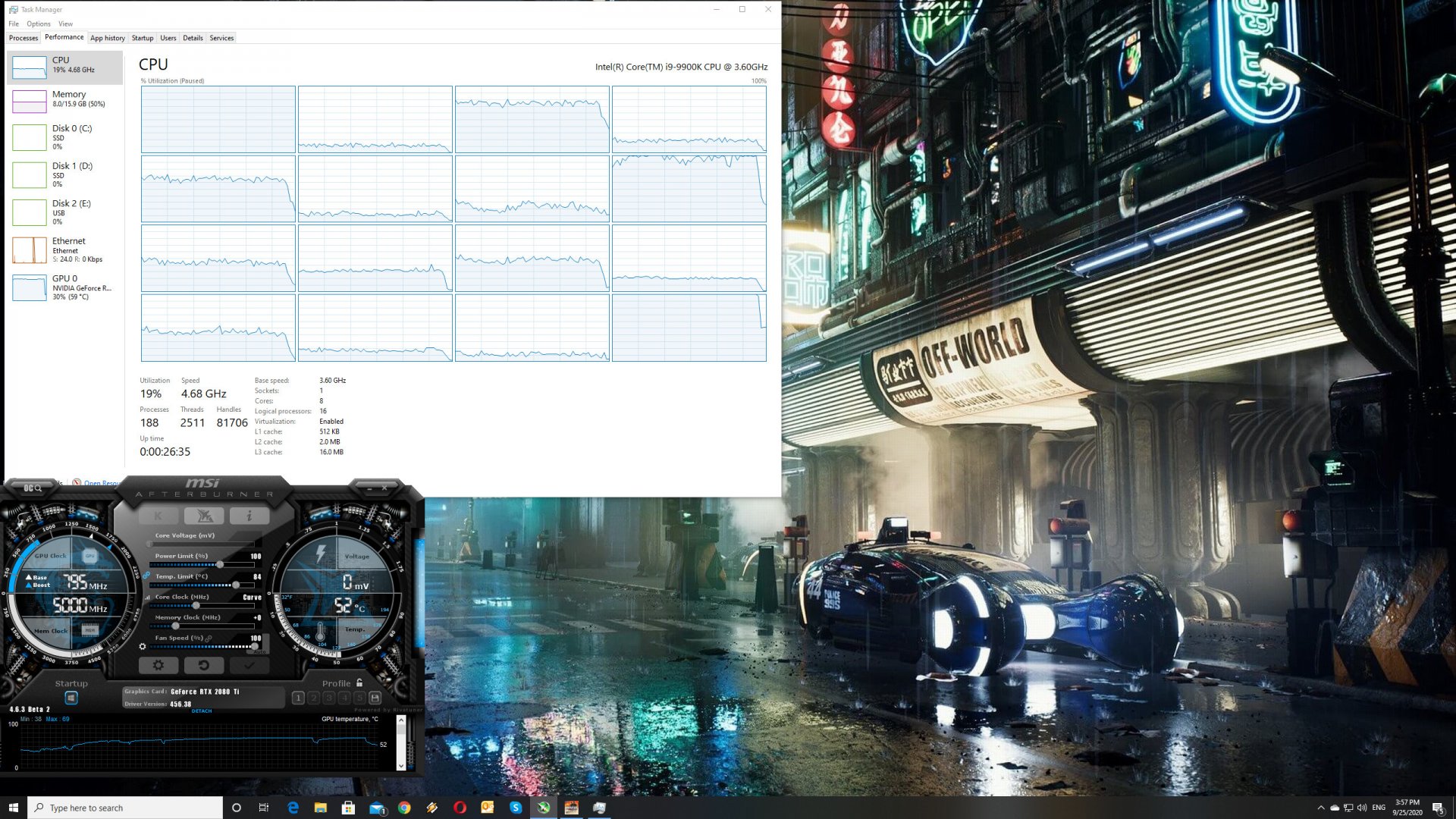 Hangar 13 has added a respectable amount of graphics settings to tweak. PC gamers can adjust the quality of Geometry, Vegetation, Decals, Direct Lighting, and Indirect Lighting. There are also options for Shadows, Reflections, Volumetric Effects and Anti-aliasing. Additionally, you can find a Field of View setting.

Mafia Definitive Edition does not feature any built-in benchmark tool. As such, we’ve decided to benchmark two different scenes; one that was GPU-heavy and another one that was CPU-heavy.

In order to find out how the game scales on multiple CPU threads, we simulated a dual-core, a quad-core and a hexa-core CPU. And, as we can see, the game uses more than four CPU cores/threads. Our simulated dual-core was unable to offer a smooth gaming experience (although our minimum framerate was above 60fps) due to severe stuttering issues. The same thing occurred on our simulated quad-core system (with Hyper Threading disabled). Thankfully, when we enabled Hyper Threading, the game ran silky smooth on that system. We also noticed a small performance boost when we enabled Hyper Threading on both our simulated hexa-core and our eight-core CPU configurations. 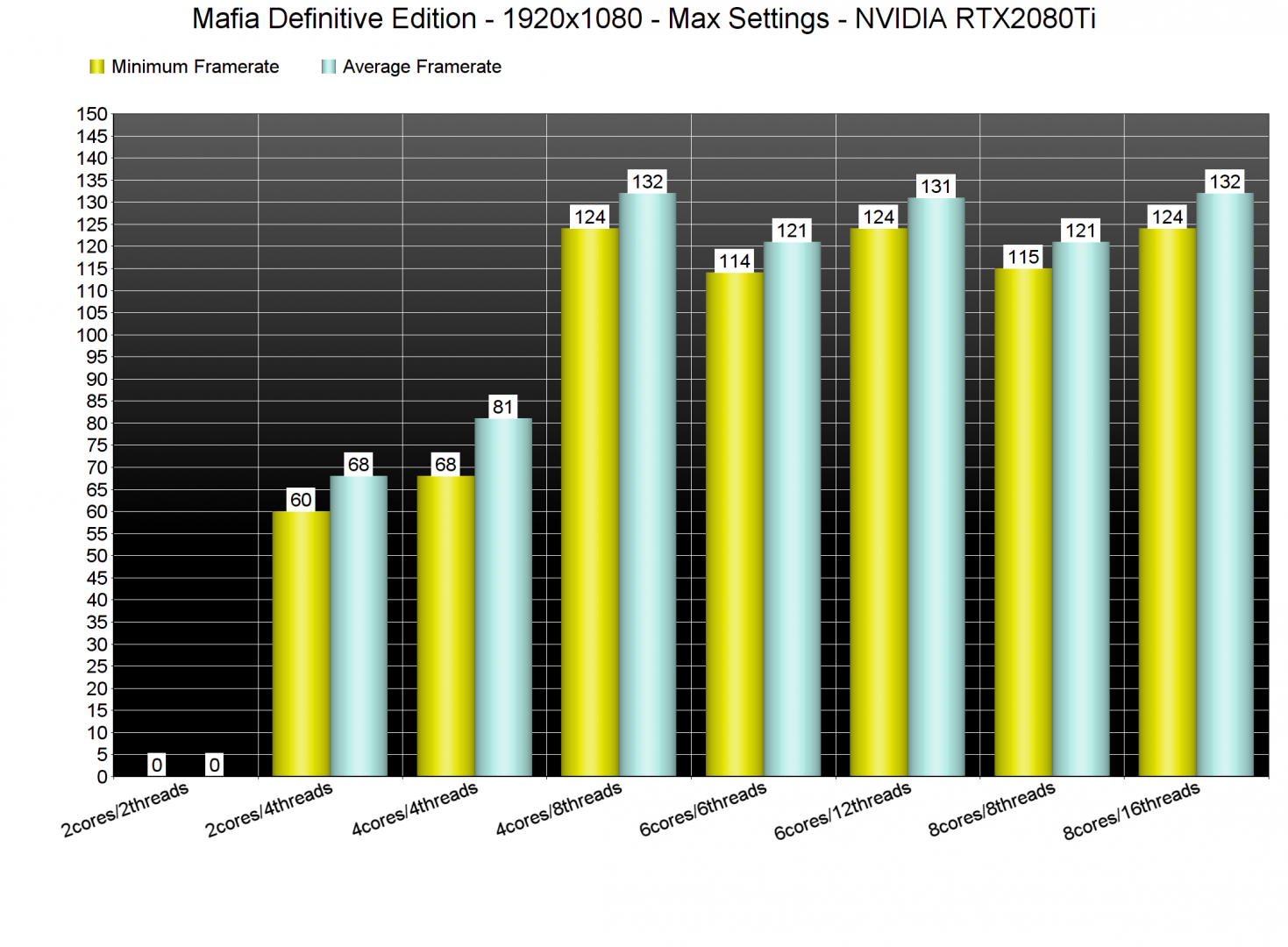 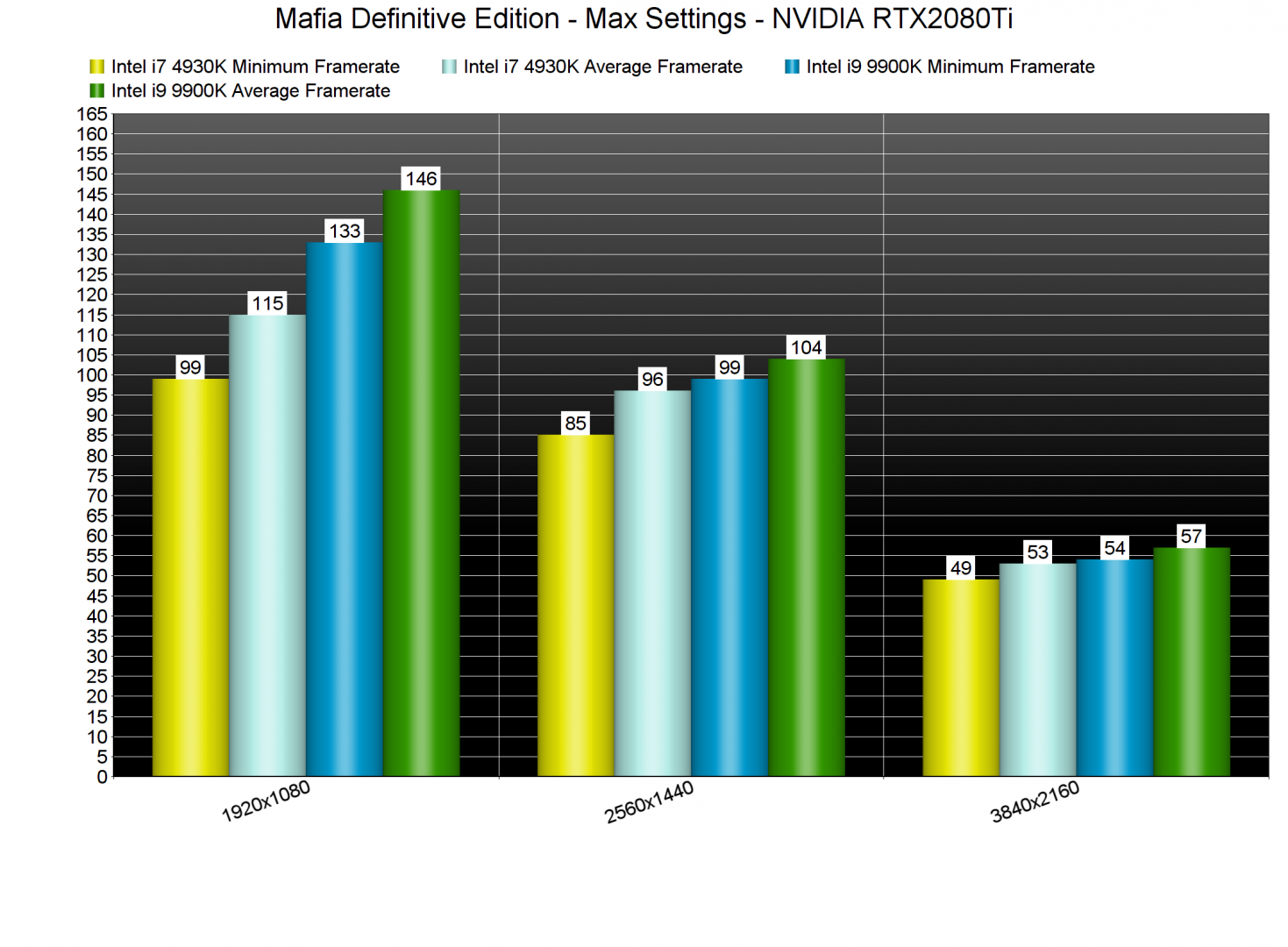 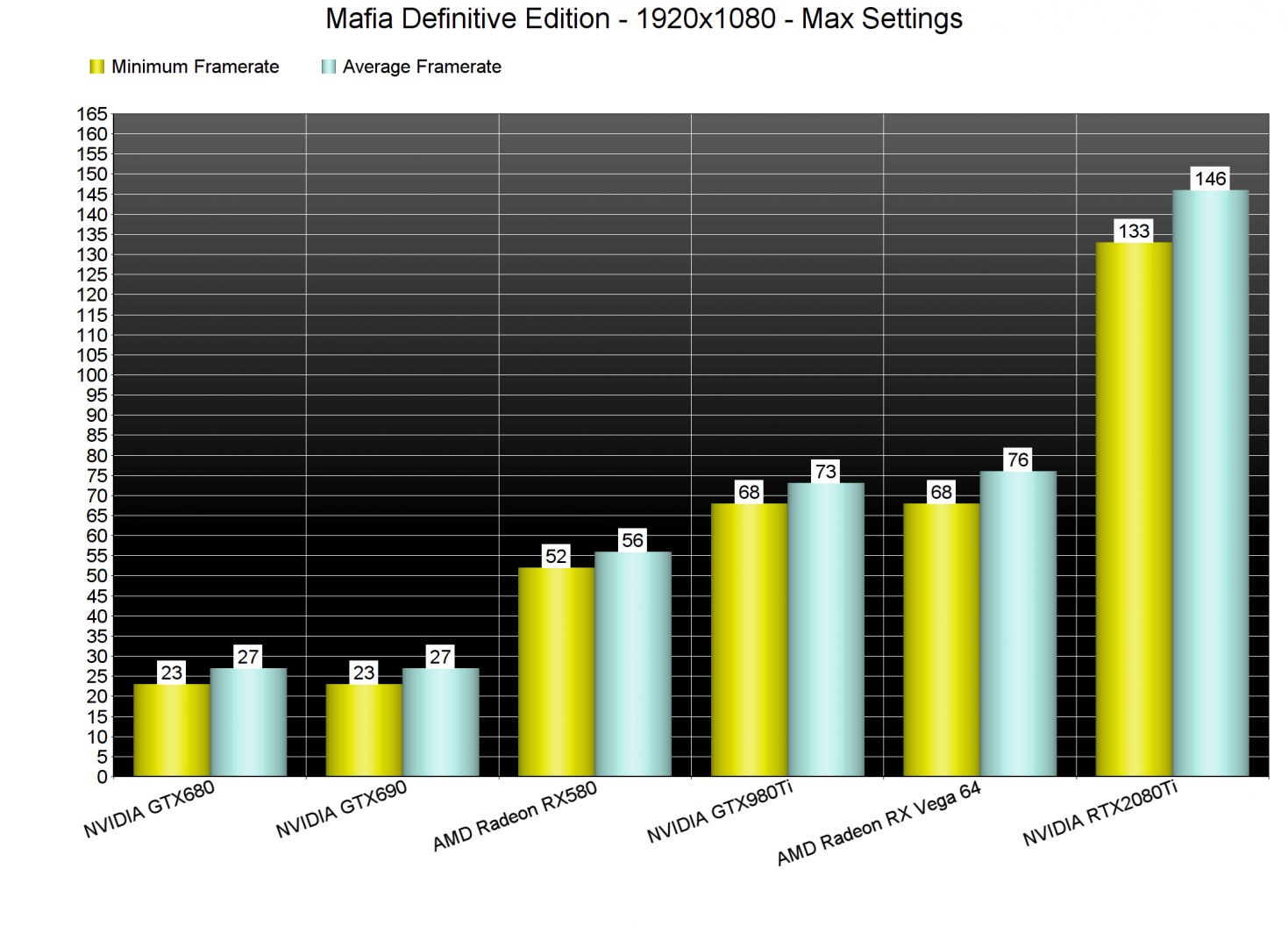 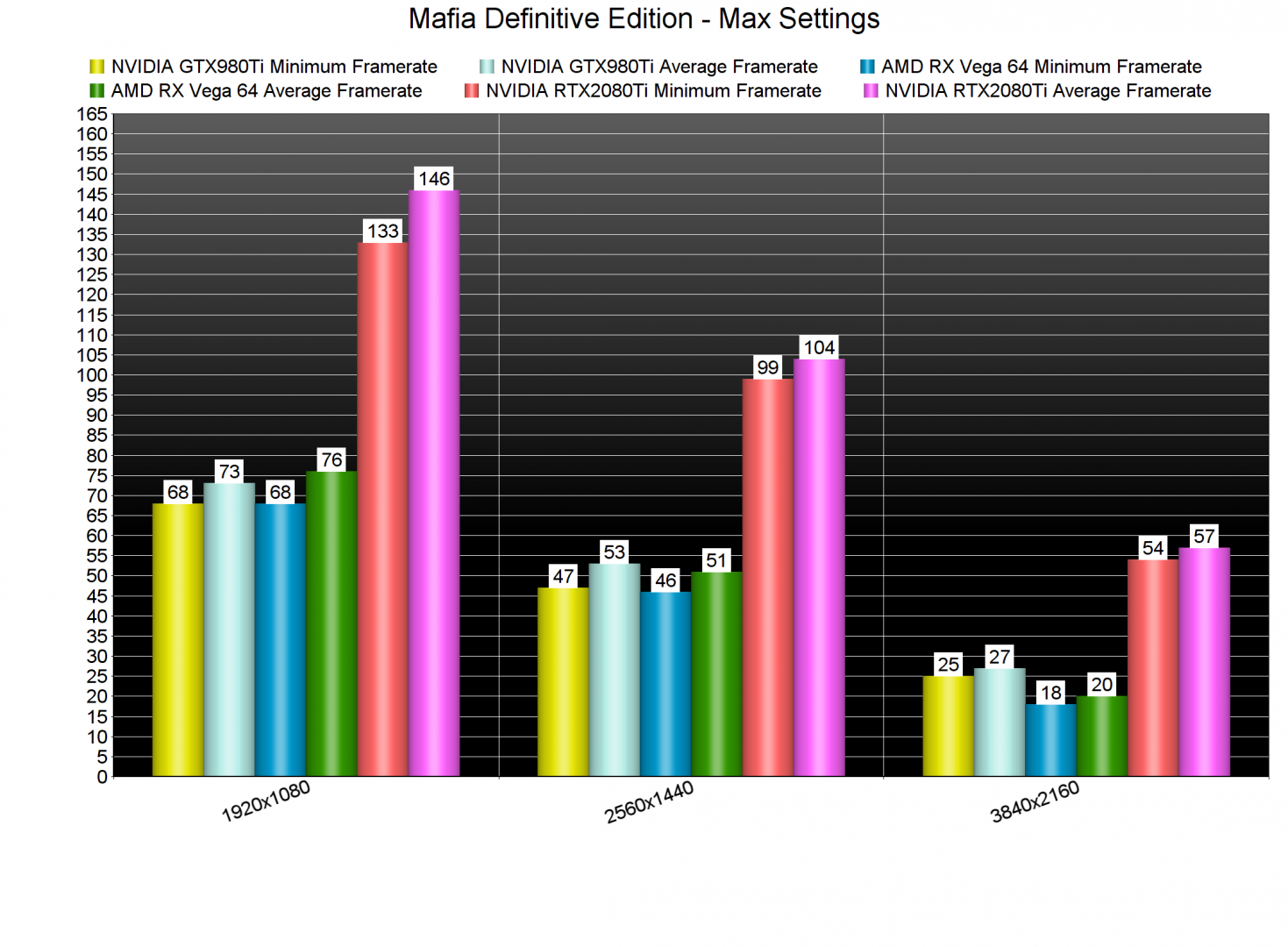 Graphics-wise, Mafia Definitive Edition looks great. The game features great 3D models with some truly amazing facial expressions. Furthermore, its global illumination solution is stunning. To be honest, this is one of the best remakes we’ve seen to date. Everything looks on par with what you’d expect to see in a modern-day/current-gen game.

In conclusion, Mafia Definitive Edition looks and runs great on the PC. The game can scale on more than four CPU cores/threads, even though it’s still using the DX11 API. We also suggest enabling Hyper Threading (in case your CPU supports it). Additionally, the game runs and looks better than Mafia 3 (on the very same hardware). It’s also worth noting that we did not experience any stuttering or stability issues. This is a rock-solid release, so kudos to Hangar 13.