At long last, Jurassic Park: The Game has finally been released. This is a great Heavy Rain clone that is addressed mainly to fans of those dino movies, as well as to those that are in love with the adventure genre. This is a Telltale game after all, the studio that was behind the Tales From Monkey Island and Sam & Max series. Obviously, we can’t expect it to look as drooling as – let’s say – Crysis 2 or even Heavy Rain. However, it’s quite interesting to see how the game performs with a modern-day PC, what are its ‘real’ requirements and what kind of visuals does it sport.

As with most of our performance analyses, we used an overclocked Q9650 at 4.2Ghz with 4GB of RAM, a GTX295, Windows 7-64bit and the latest beta drivers from Nvidia. Sadly though, there is still no SLI profile for Jurassic Park: The Game in ForceWare 285.79. We’ve reported this to Nvidia so hopefully, there will be one included in the latest version of ForceWare. And in case you’re wondering then no, you won’t need such a profile if you already have a powerful system. Jurassic Park: The Game ran flawlessly in our test system, even in Single-GPU mode, but let’s not forget that there are still users who have SLI systems with ‘less powerful’ cards.

What really surprised us with Jurassic Park: The Game is the fact that its engine is single-threaded. As we can see bellow, our main CPU core was used to its fullest, whereas all the other three cores were idling. To find out whether the game is playable with a single-core CPU, we disabled our remaining cores, and as we’ve expected, the game ran without any performance hit. This basically means that PC gamers won’t need a top-of-the-line PC to enjoy Telltale’s game. We should note though that there were some minor slowdowns in some places, though we are pretty sure that it was due to Nvidia’s drivers. After all, there wasn’t anything on screen to justify any huge CPU calculations that would hit hard on our CPU and limit us. 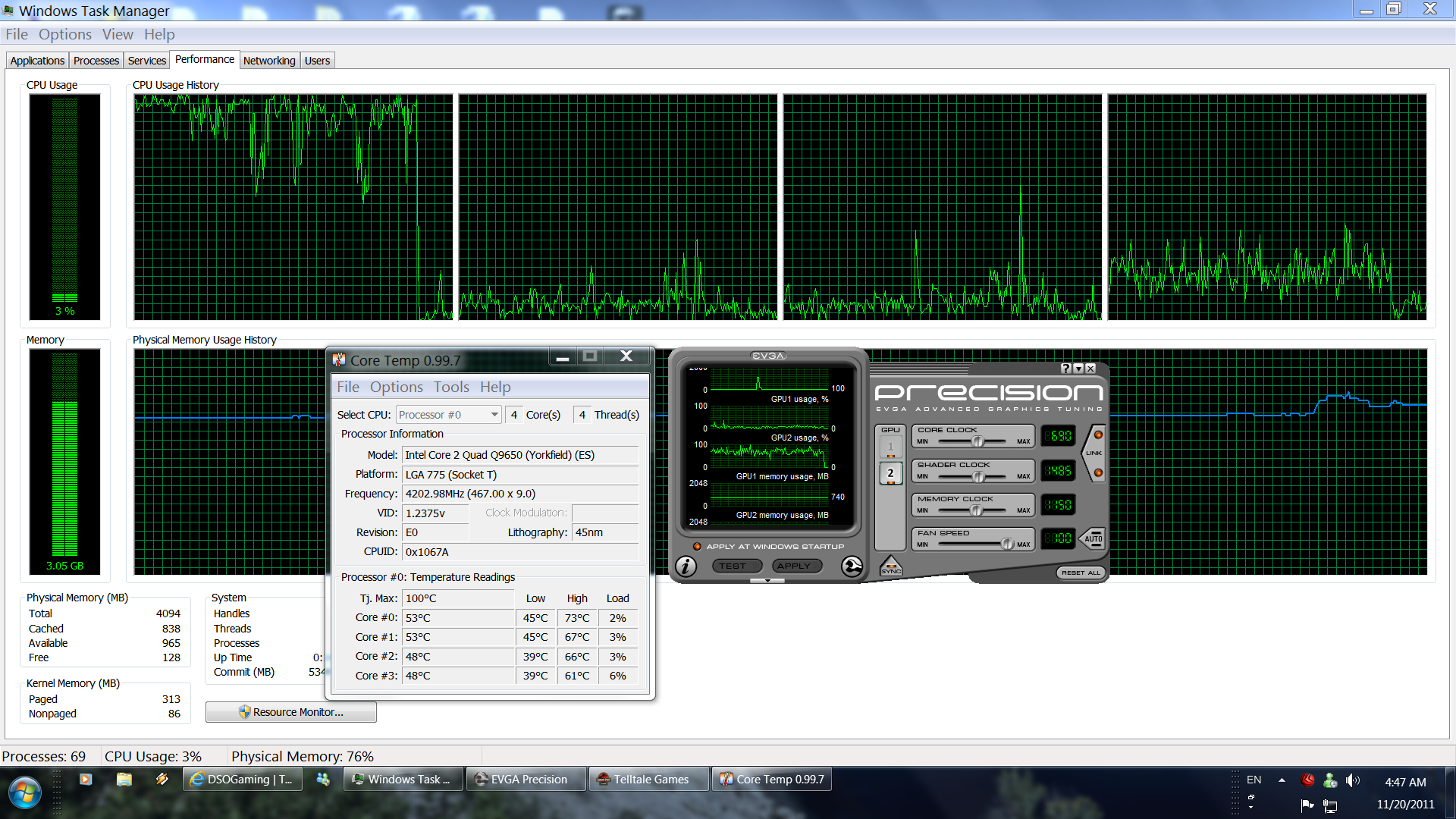 Graphics wise, the game looks quite average, and we’d wish for something more. The game engine is really limited and there are a lot of low-resolution textures all over the place. Telltale Games has also over-used normal/bump maps and as a result of that, most dinosaurs have a plastic look to them, an effect similar to the one spotted in the first Far Cry. Both character animations and voices are really poor. Moreover, pretty much all special effects – like sparks – are underwhelming to say the least. The dinosaurs – which are the big aces of the game – are a mixed bag. On one hand, some of them are not designed as detailed as we’d love to. The T-Rex model suffers from the plastic look that we’ve already mentioned. It’s funny, but the T-Rex model from SEGA’s arcade game, The Lost World, seems on par – or even better than it. On the other hand, the raptors are by far the best dinosaurs we’ve ever seen. Not only that, but their animations are spot on and feel like the real deal. In fact, their faces remind me of my iguana, which is big plus in my books.

Contrary to most of our performance analyses, I really need to mention my biggest gripe with Jurassic Park: The Game. While playing, I felt the need to actually… ‘play’ it instead of simply taking part to an interactive movie. This is the biggest flaw of Telltale’s title IMO, as I was constantly feeling a bit disconnected from its world. Sure, it’s a nice and entertaining ride but apart from that, there is nothing noteworthy to write home about. The story is good, the emotional moments are bad – due to the game’s engine limitations – and the puzzles are quite easy to figure them out. I kept imagining how this Jurassic Park game would be in case it was developed as a first-person shooter game, powered by CryEngine 3. Now that would be one of the best videogames ever, but sadly, it would be too much to handle for an indie studio like Telltale Games. 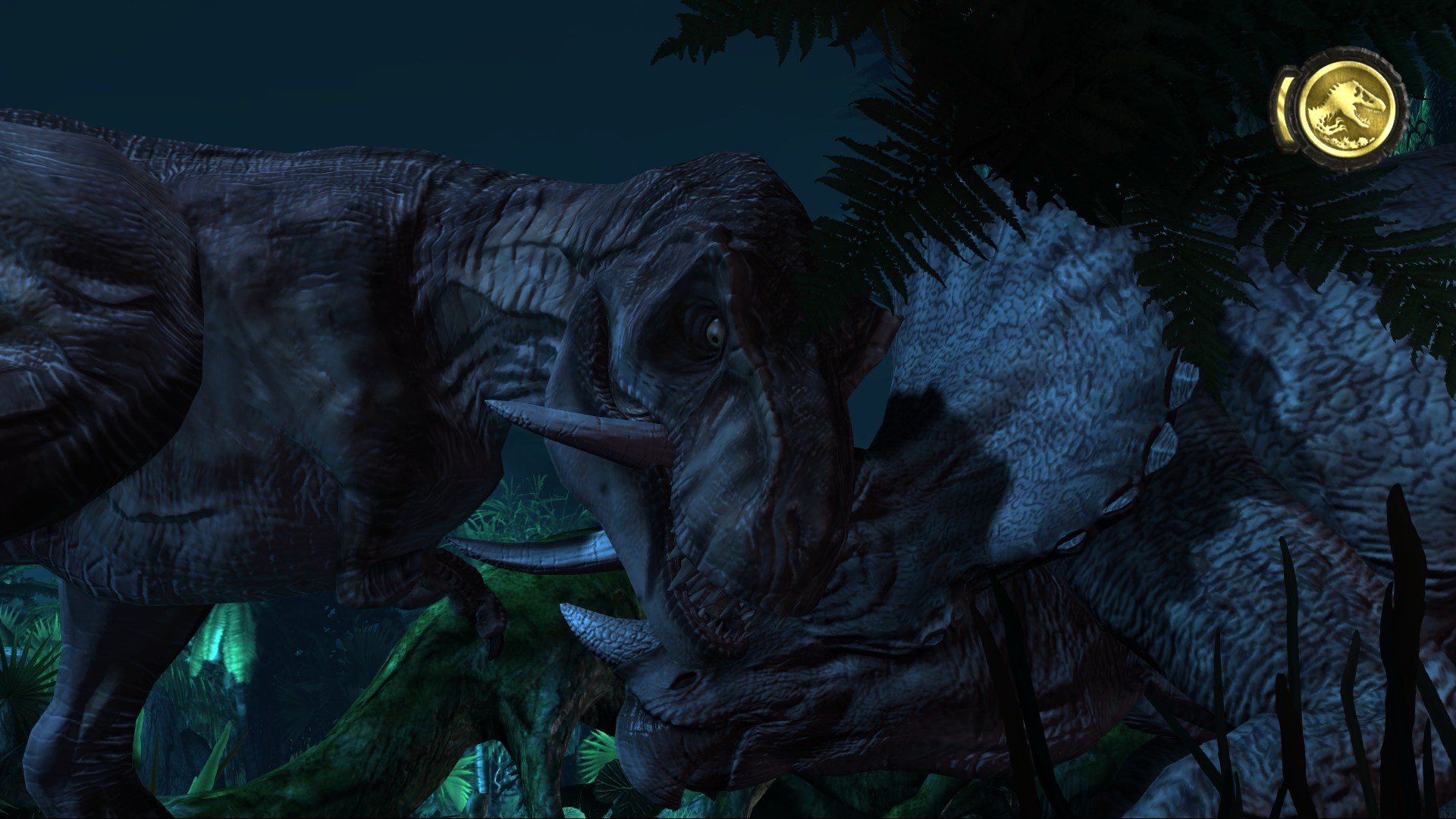 All in all, Jurassic Park: The Game doesn’t require a high-end PC and although it sports the best raptors we’ve ever seen, the game’s overall image fidelity is really average. The game suffers from a lot of low-resolution textures, blocky characters, mediocre animations, old-generation facial expressions and a lighting system that is really limited. 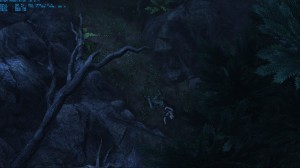 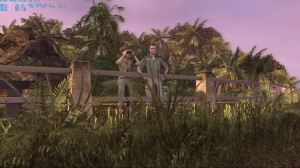 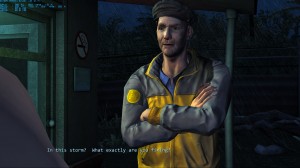 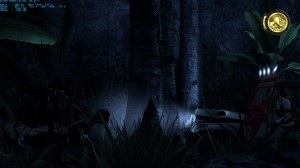 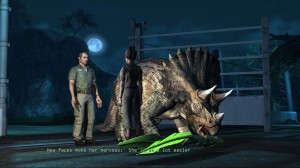 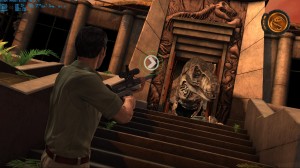 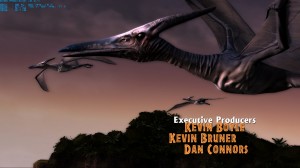 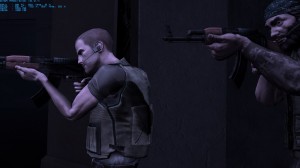 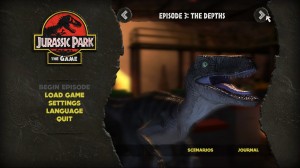 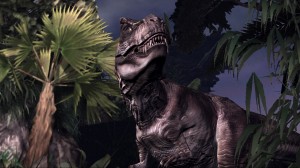 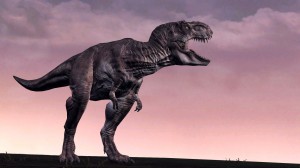 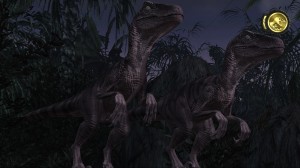 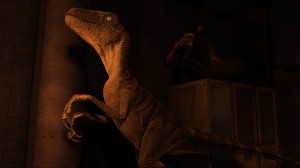 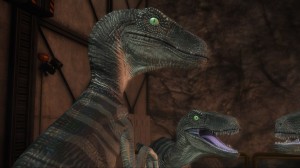