While the first Halo Wars was not originally released for the PC (it arrived however as a pre-order bonus for its sequel), Halo Wars 2 was made available on the PC immediately and alongside its Xbox One brother (thanks to Microsoft’s Xbox Play Anywhere program). Halo Wars 2 only supports DX12 and while Microsoft declined sending us a review code, it’s time to see how this new strategy game performs on the PC platform. 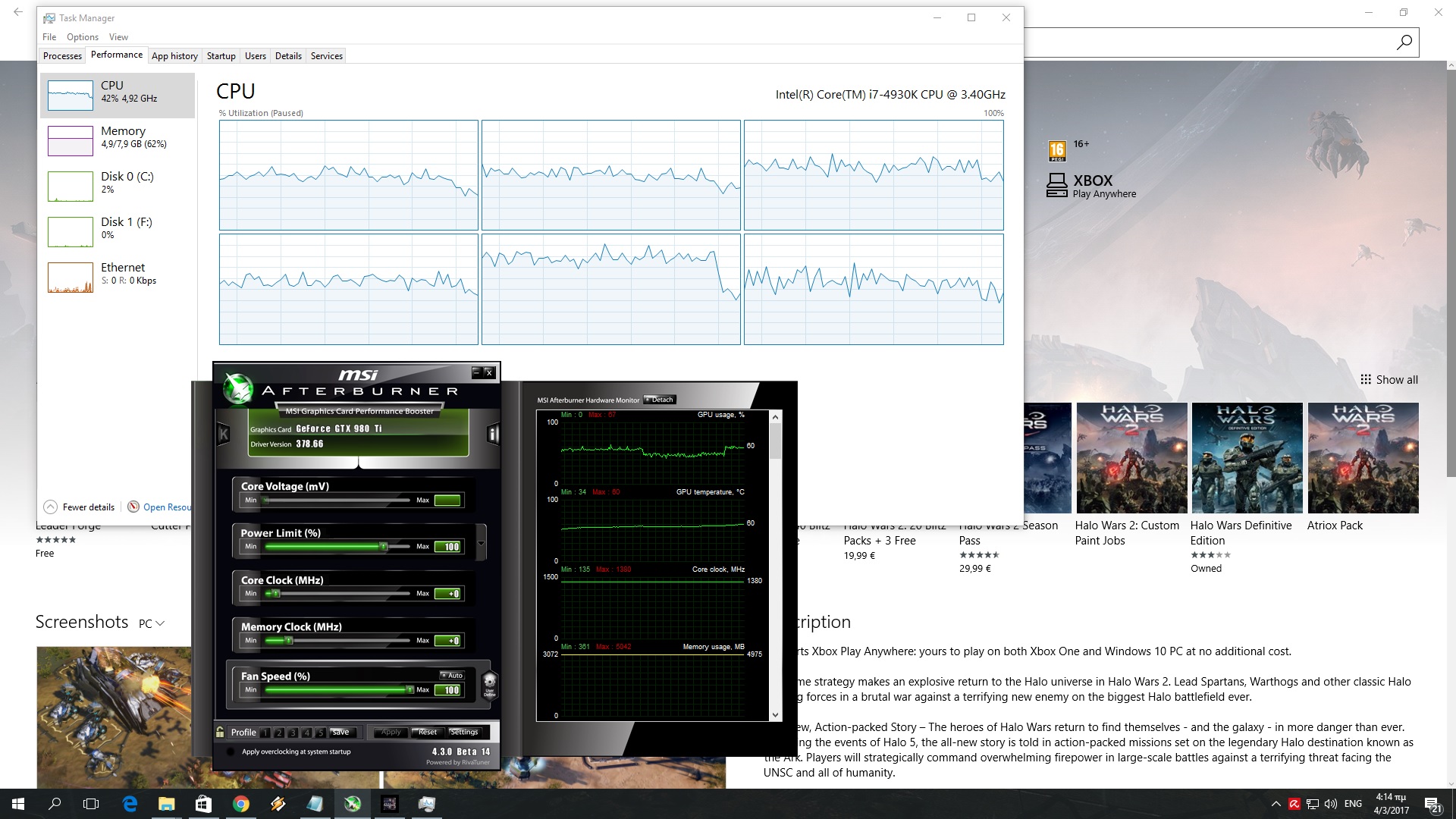 For this PC Performance Analysis, we used an Intel i7 4930K (turbo boosted at 4.2Ghz) with 8GB RAM, NVIDIA’s GTX980Ti and GTX690, Windows 10 64-bit and the latest WHQL version of the GeForce drivers. NVIDIA has not included any SLI profile for this title in its latest drivers and from the looks of it there won’t be any in the near future. After all, this is a Windows 10-only game we’re talking about and all of them do not support multi-GPUs. Yes, even Gears of War 4 – a game that was advertised to support multi-GPUs from the get-go – does not support multi-GPUs yet. 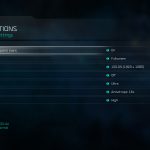 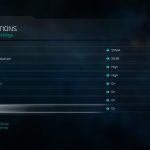 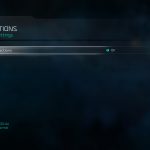 Halo Wars 2 is mostly a CPU-bound title as our GTX980Ti was barely used in 1080p. However, it appears that the game suffers from some optimization issues. Even on Low settings, we were unable to get a constant 60fps experience while there were a lot of units fighting on screen. Since such scenarios stress both the CPU and the GPU, and as there isn’t any built-in benchmark tool, we decided to conduct two tests; one for the GPU and one for the CPU. 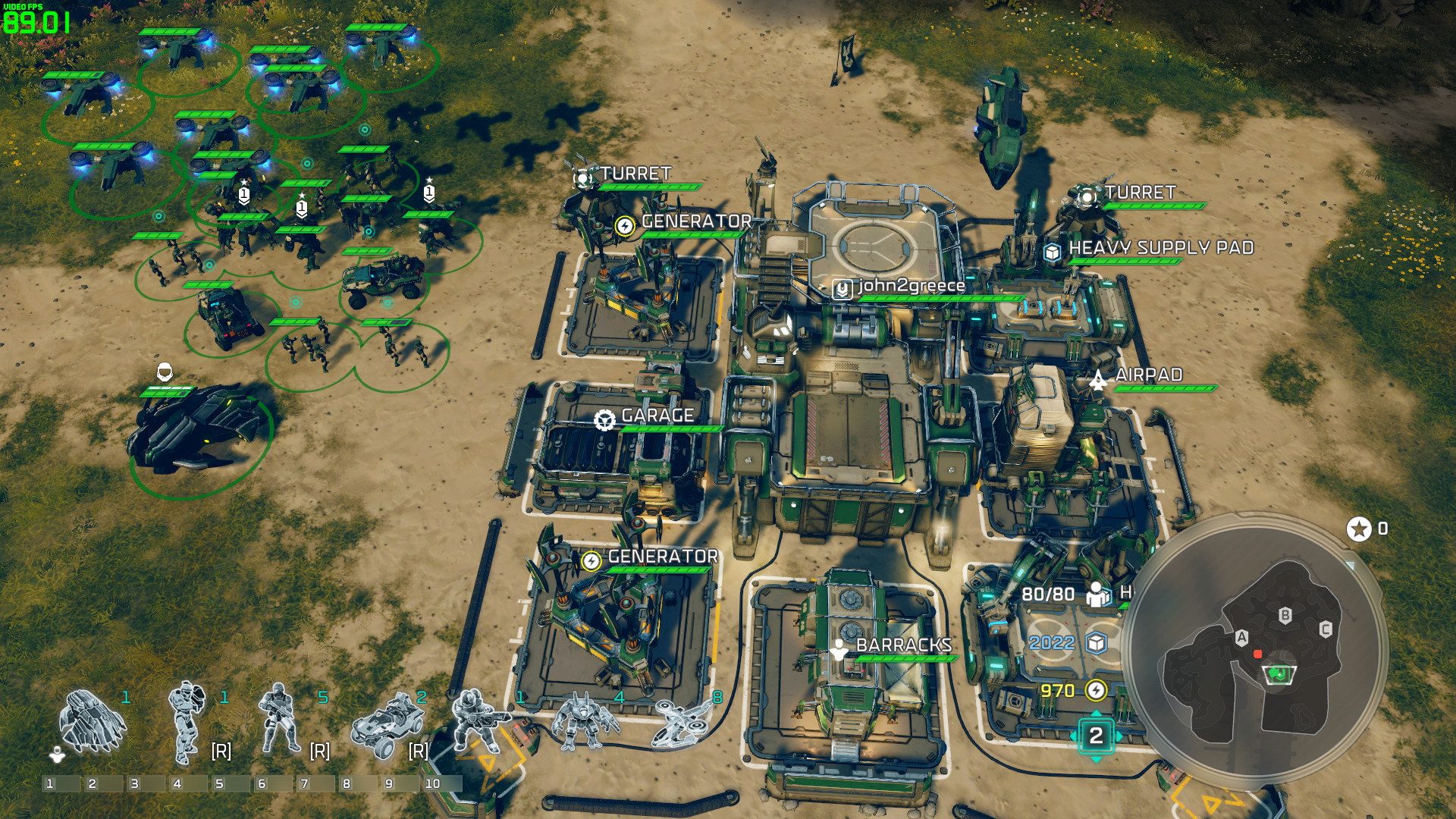 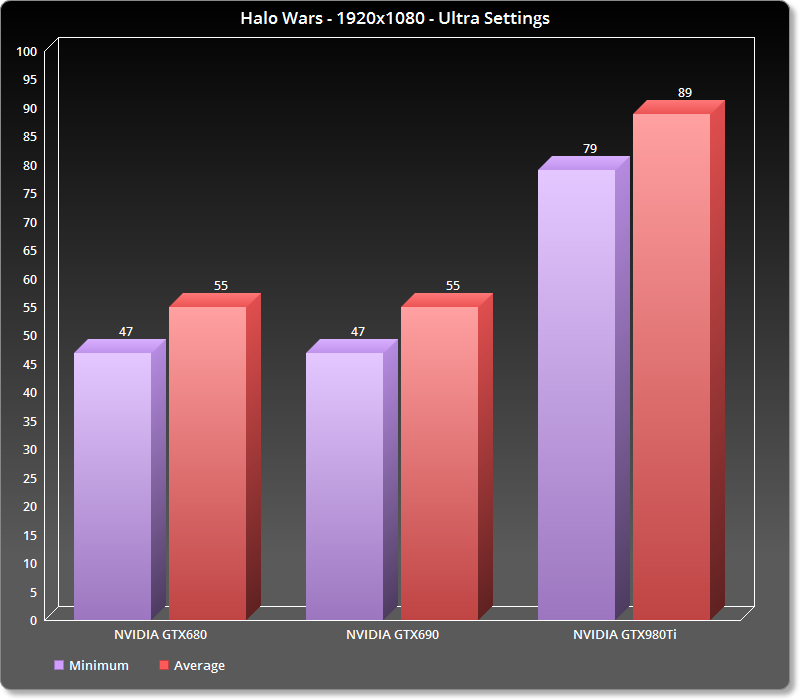 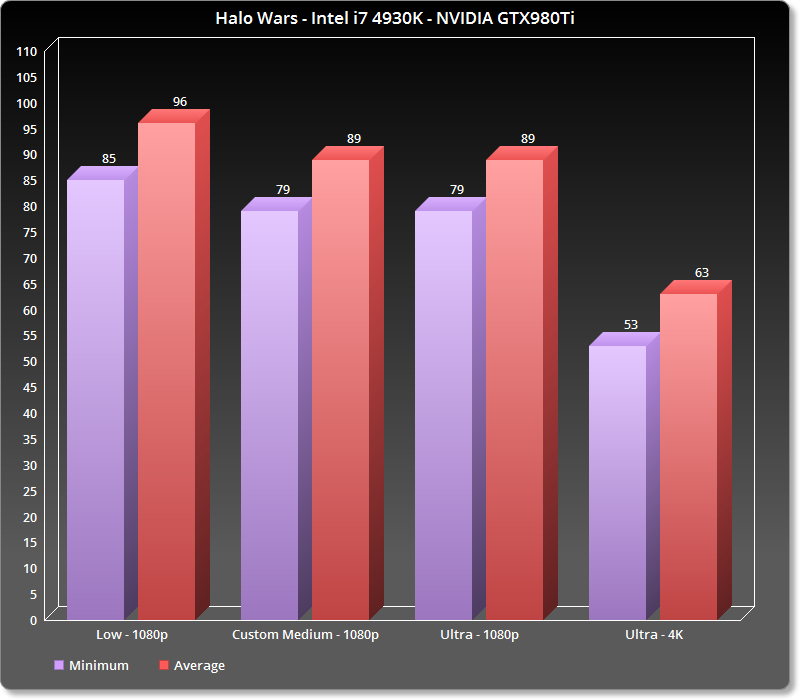 Halo Wars 2 does not require a high-end GPU in order to be enjoyed. It’s worth noting that our GTX980Ti was used at only 58% when we were running the game in 1080p and on Ultra settings. As such, we were almost certain that, for some unknown reason, we were limited by our CPU. However that’s not the case.

In order to find out how the game performs on a variety of CPUs, we simulated a dual-core and a quad-core CPU. Below you can find some images from our CPU test scene, in which we had lots of units fighting each other at the enemy’s base (in the Ascension mission). 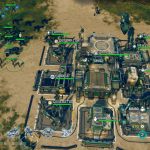 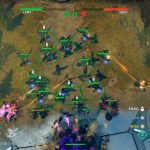 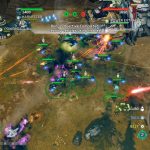 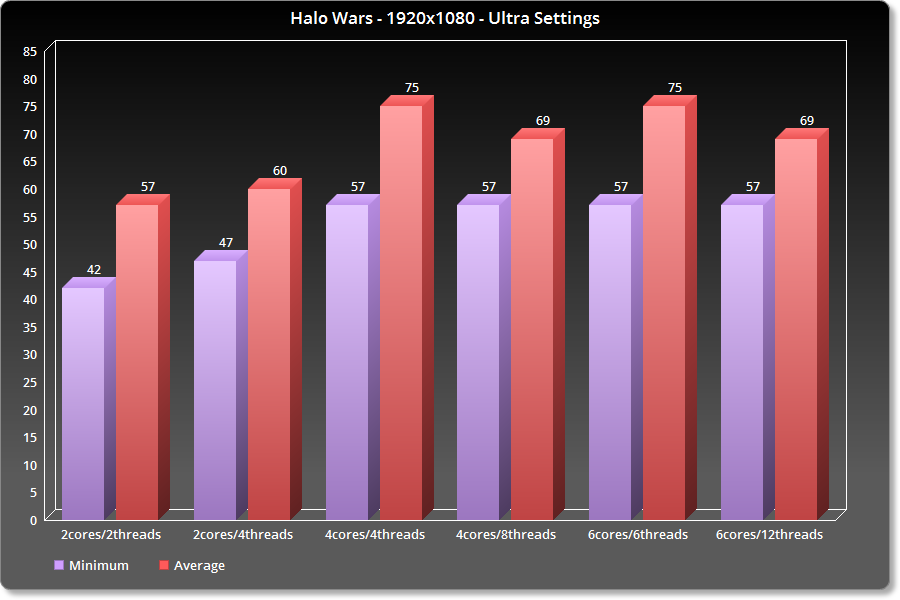 Halo Wars 2 is one of the few games that does not benefit from Hyper Threading on CPUs that are equipped with more than three CPU cores. We noticed a 6fps performance boost when we disabled HT as you can see below (left image is with HT disabled whereas the right image is with HT enabled).

Now as you saw in the first image that accompanies this PC Performance Analysis, none of our CPU cores were maxed out. Despite that, the game under-performed and was unable to take advantage of both our CPU and our GPU. We were not limited either by RAM or our VRAM. Therefore, we don’t know whether this is due to an increased number of drawcalls or due to other optimization issues.

Graphics wise, Halo Wars 2 is okay. While its visuals are kind of cool, they are nothing to write home about. There are some cool explosions, vehicles can interact with the broken pieces of other vehicles, most of the textures appear to be good (though they do not justify their VRAM requirements), and while everything looks Halo-ish, Halo Wars 2 does not look like visually impressive. And to be honest, for a 2017 strategy game, we were expecting better visuals than the ones featured in it. This obviously does not mean that Halo Wars 2 looks bad or awful. It’s just that we were expecting something a bit more from a Halo strategy game.

All in all, Halo Wars 2 suffers from some awkward optimization issues, and those with older CPUs will see their systems being underused for no apparent reason. As always, in order to overcome this issue you’ll have to either overclock your CPU or use CPUs with better IPCs per core. Still, and given its strategy nature, Halo Wars 2 is enjoyable even on a modern-day dual-core system. And yes, most quad-cores will be able to offer an almost stable 60fps experience. Still, this does not mean that the game does not suffer from optimization issues. Halo Wars 2 does not require a high-end GPU (or 16GB of RAM as Microsoft recommended), so those with weaker GPUs will be able to enjoy it. 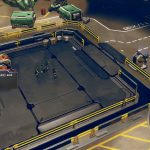 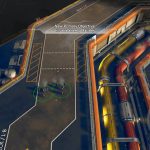 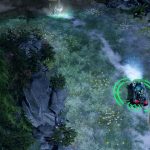 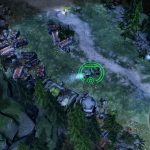 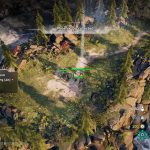 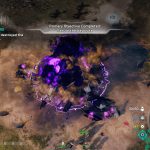 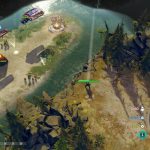 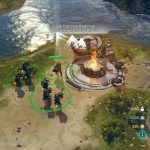 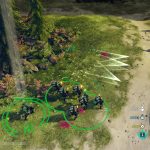 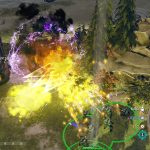 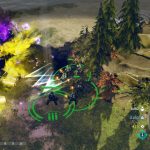 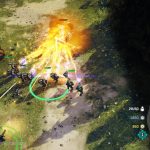 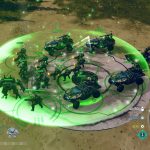 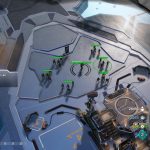