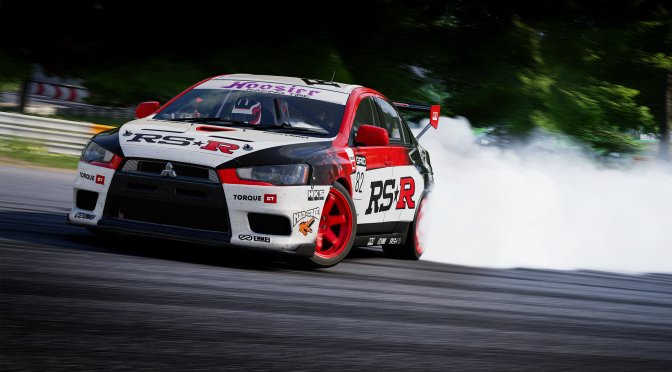 Last month, Electronic Arts and Codemasters released the latest part in their GRID series, GRID Legends. Powered by the EGO Engine, it’s time now to benchmark it and see how it performs on the PC platform. 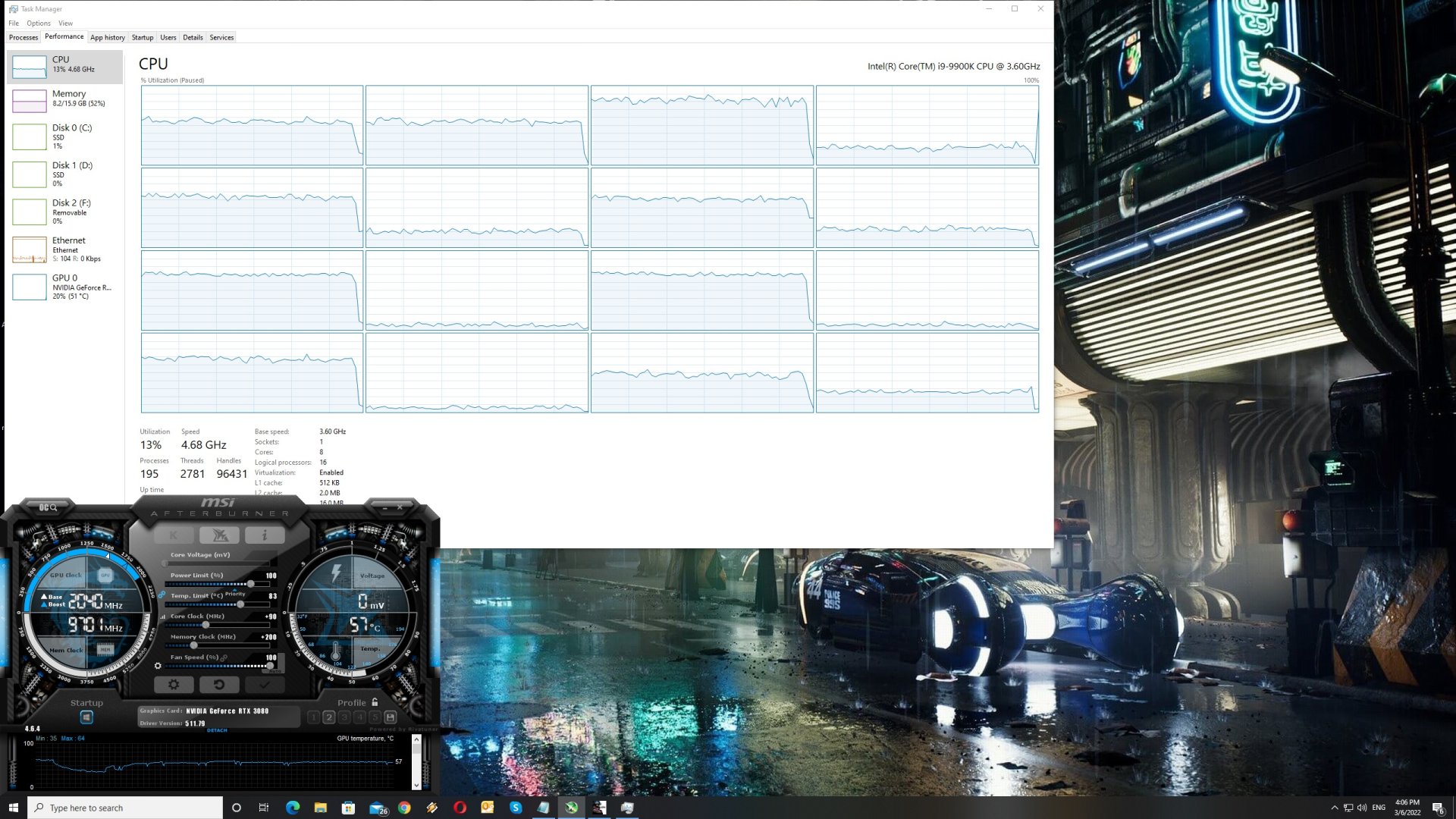 Codemasters has included a respectable amount of graphics settings. PC gamers can adjust the quality of Lighting, Textures, Anti-aliasing, Post-Process, Shadows, Particles and Reflections. There are also settings for Crowd, Mirrors, Weather Effects, Ambient Occlusion, Ground Cover, Skidmarks and LOD. Unfortunately, though, the game does not support any PC-only features, like DLSS or FSR. Moreover, there is no support for any Ray Tracing effects. 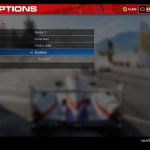 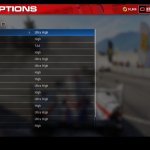 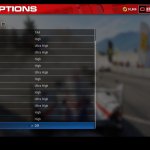 GRID Legends does not have any built-in benchmark tool. As such, and for both our CPU and GPU benchmarks, we’ve decided to test the first story race.

In order to find out how the game scales on multiple CPU threads, we simulated a dual-core, a quad-core and a hexa-core CPU. Surprisingly enough, and without Hyper-Threading, our simulated dual-core system was able to run the game with 60fps at 1080p/Ultra Settings. However, our gaming experience wasn’t smooth at all due to severe stuttering issues. Thankfully, and by simply enabling Hyper-Threading, we were able to eliminate these stutters. 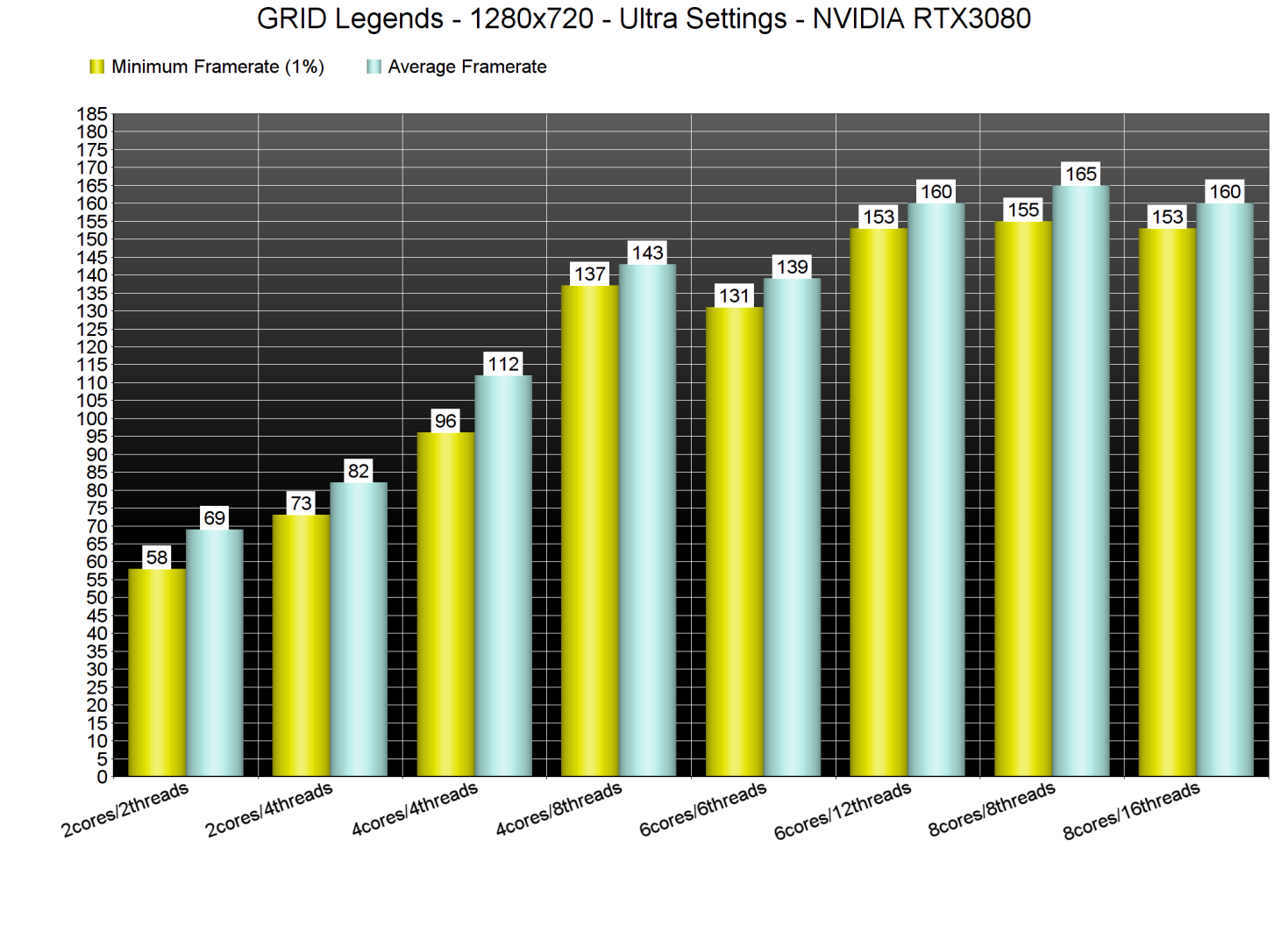 GRID Legends does not also require a high-end GPU. Most of our GPUs were able to run the game smoothly at 1080p/Ultra Settings. Moreover, and similarly to other games using the EGO Engine, GRID Legends runs faster/better on AMD’s hardware. 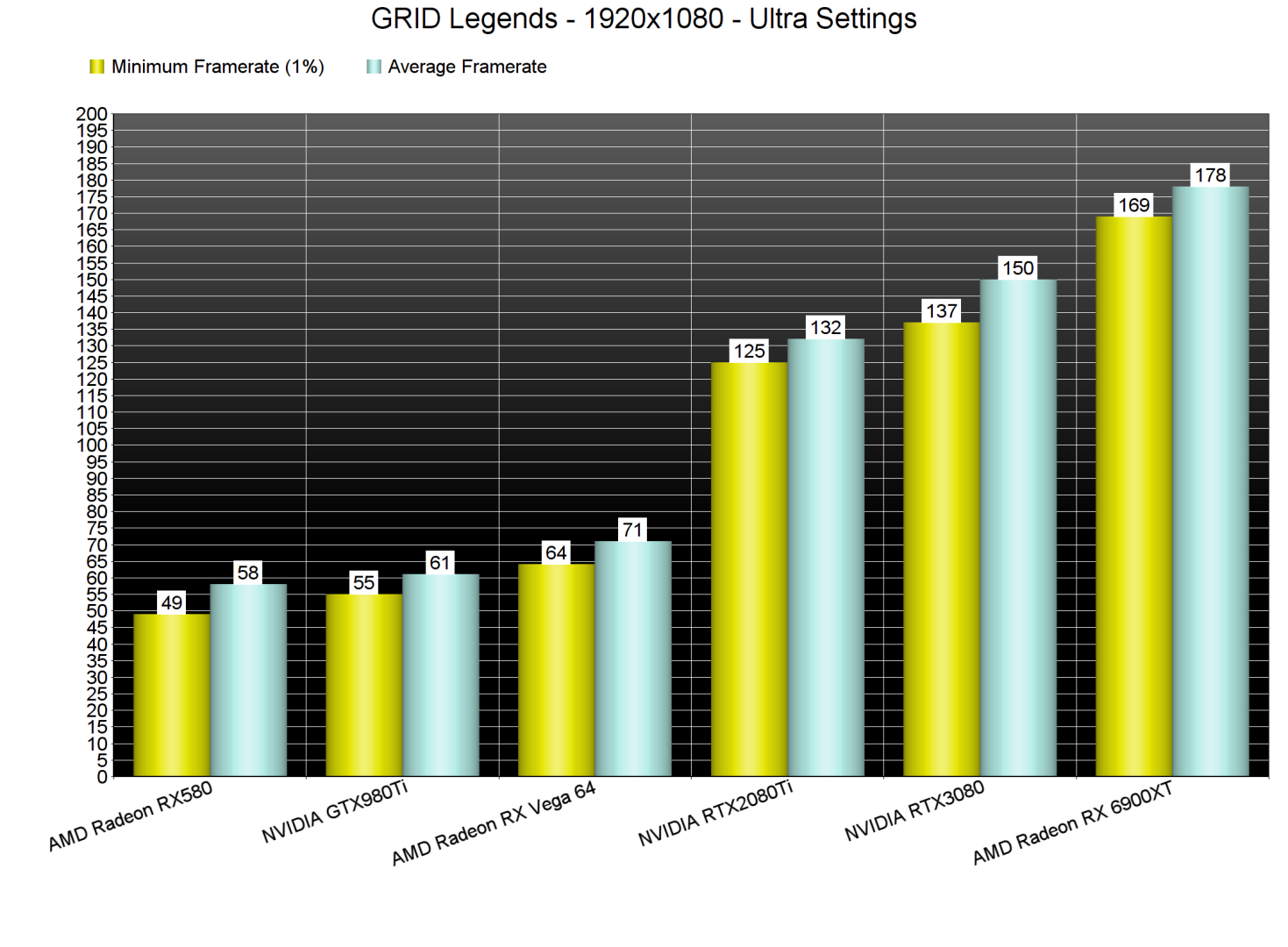 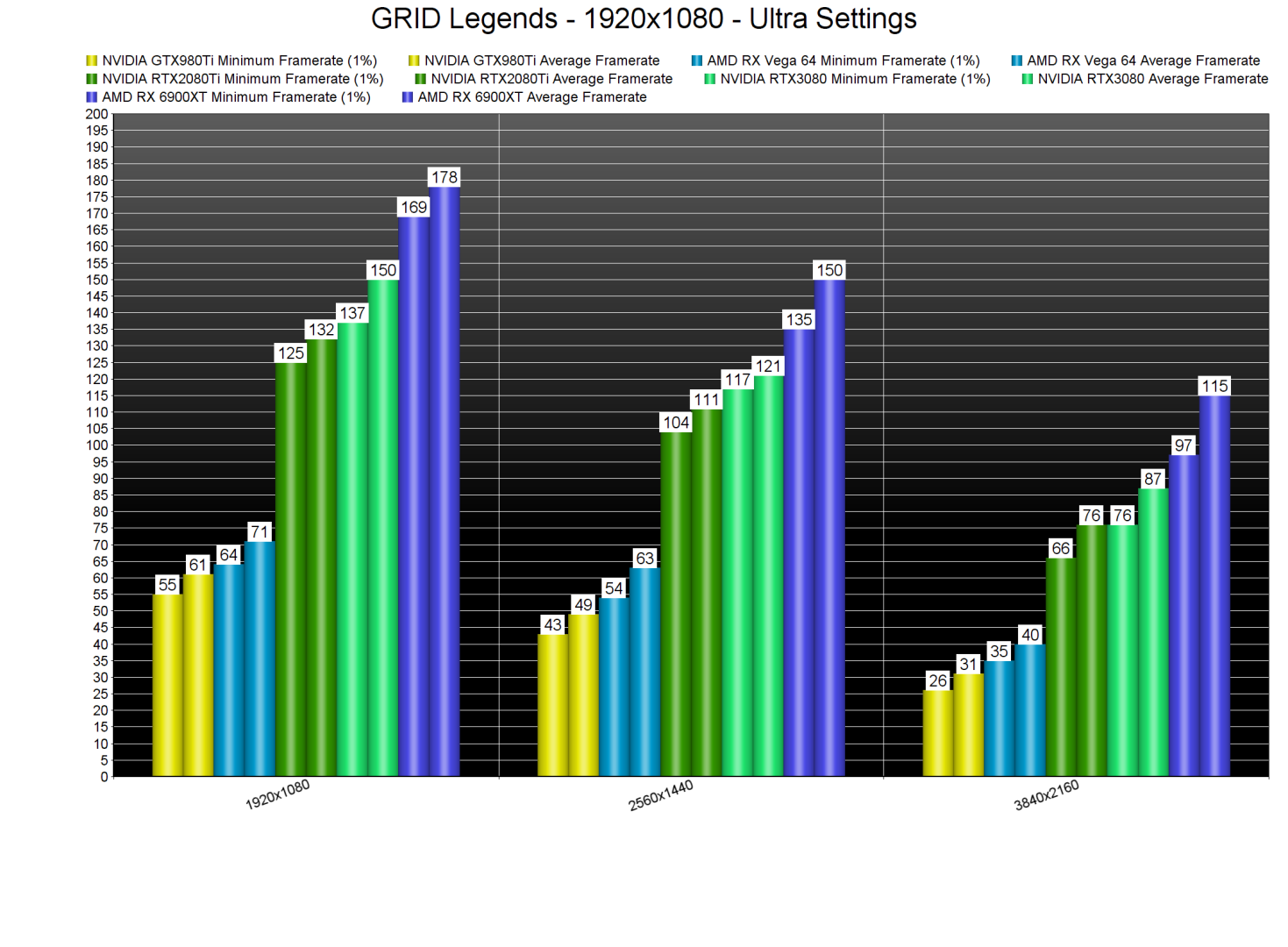 All in all, GRID Legends performs great on PC. The game does not require a high-end PC system, and can look (and run) great on numerous graphics cards. Additionally, we did not experience any stability issues, and there are proper keyboard/gamepad on-screen prompts. Nevertheless, it’s a bit disappointing that the game looks so identical to GRID 2019. 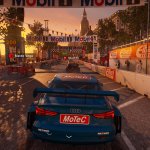 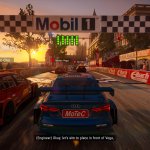 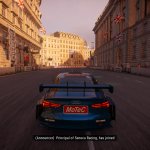 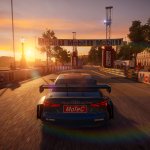 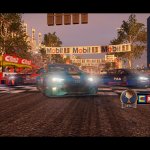 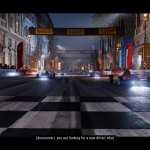 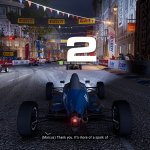 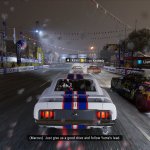 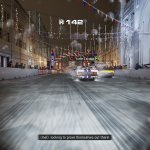 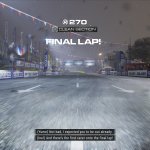 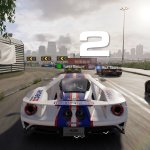 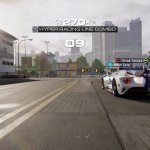 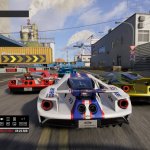 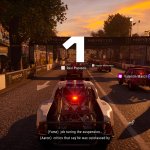 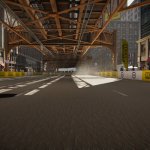 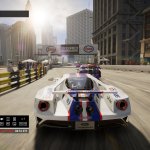 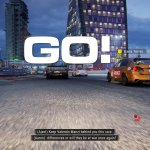