God Eater 3 is the latest part in Bandai Namco’s monster hunting God Eater series and contrary to other Bandai Namco releases, God Eater 3 does not use the Denuvo anti-tamper tech. The game has just been released on the PC so it’s time now to benchmark it and see how it performs on the PC platform. 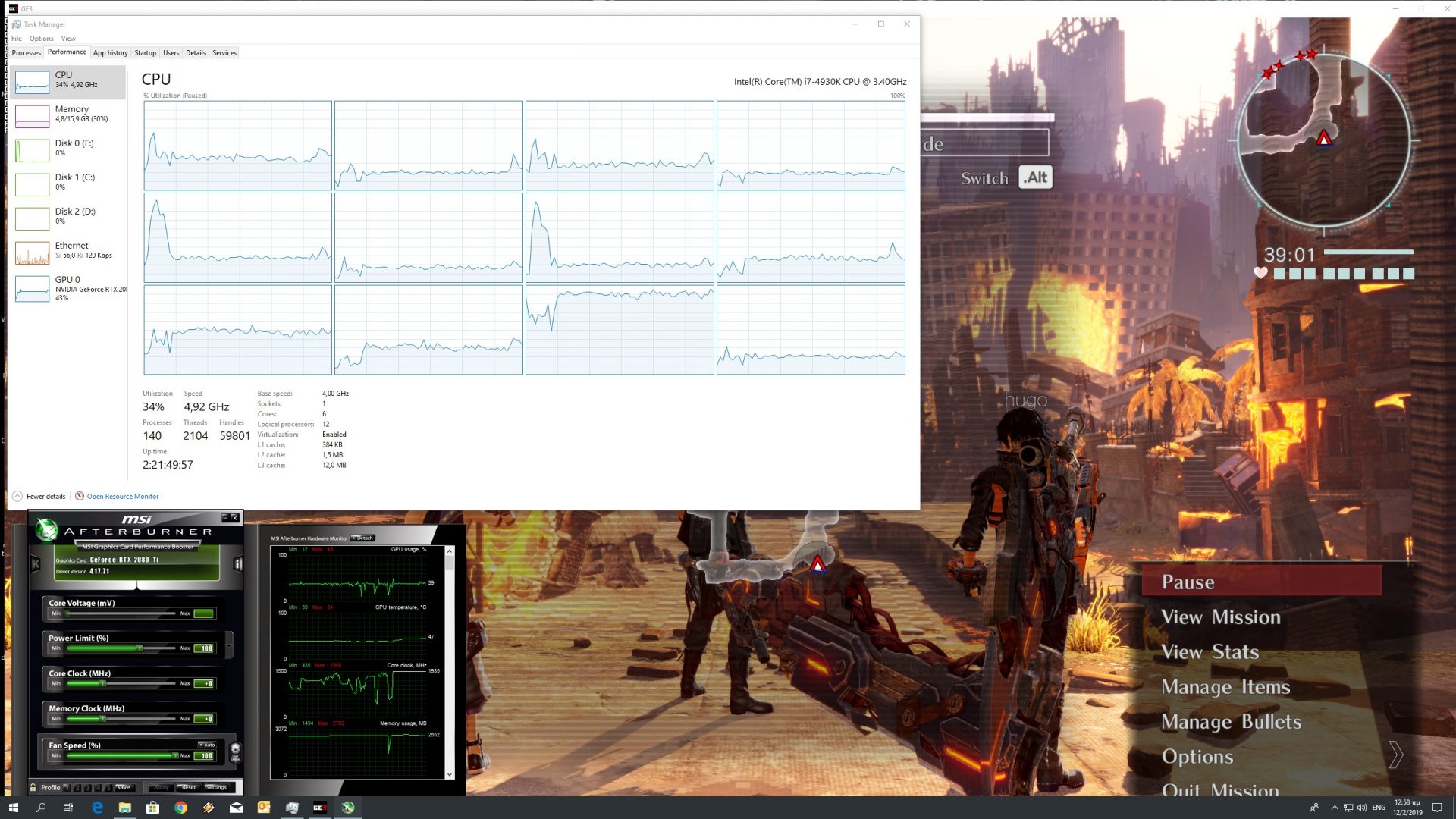 Bandai Namco has added very few graphics settings to tweak. PC gamers can adjust the quality of Shadows, Mipmaps and Post-Processing. There is also an option to enable/disable FXAA and unfortunately there isn’t support for any other anti-aliasing technique. 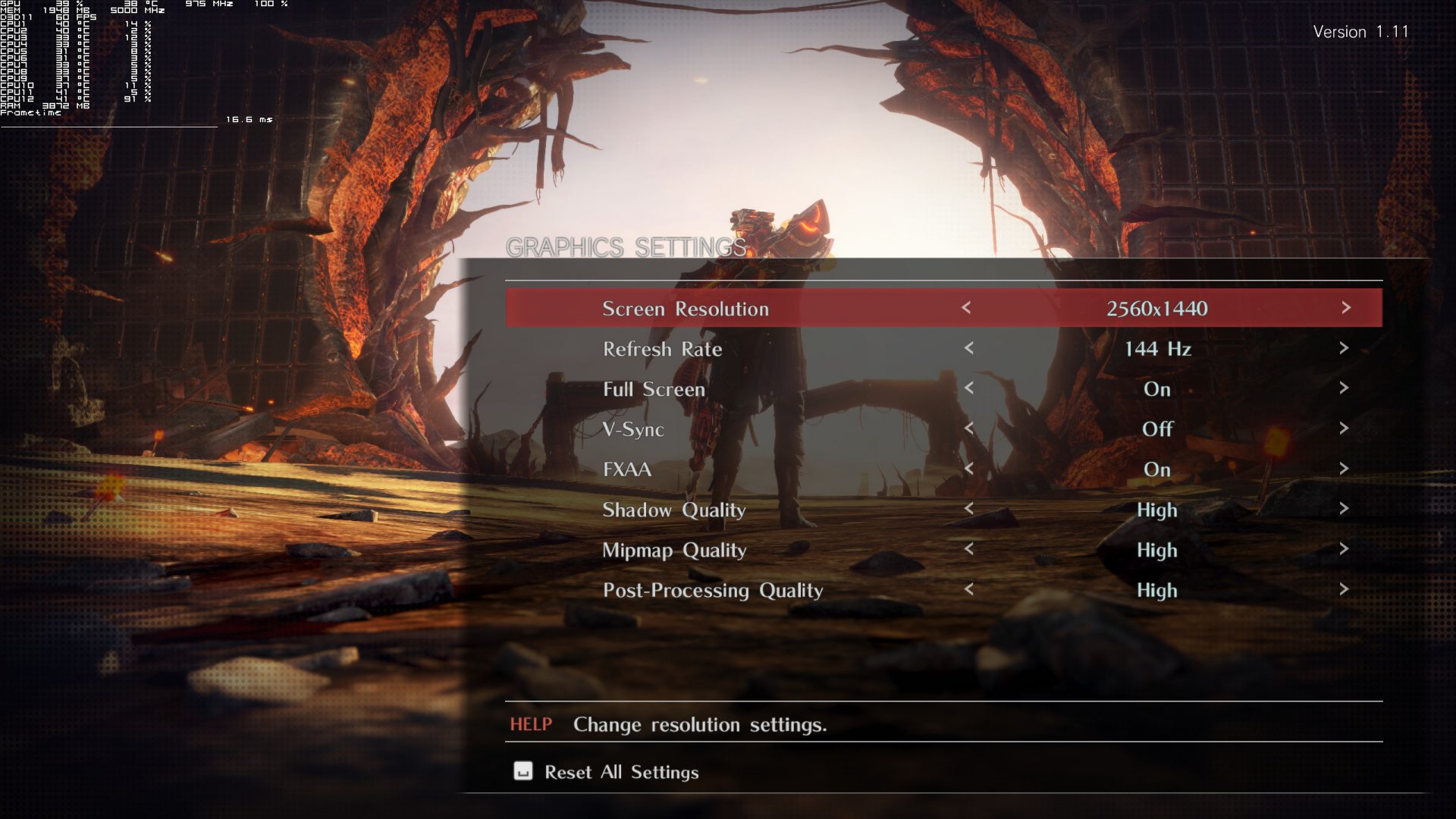 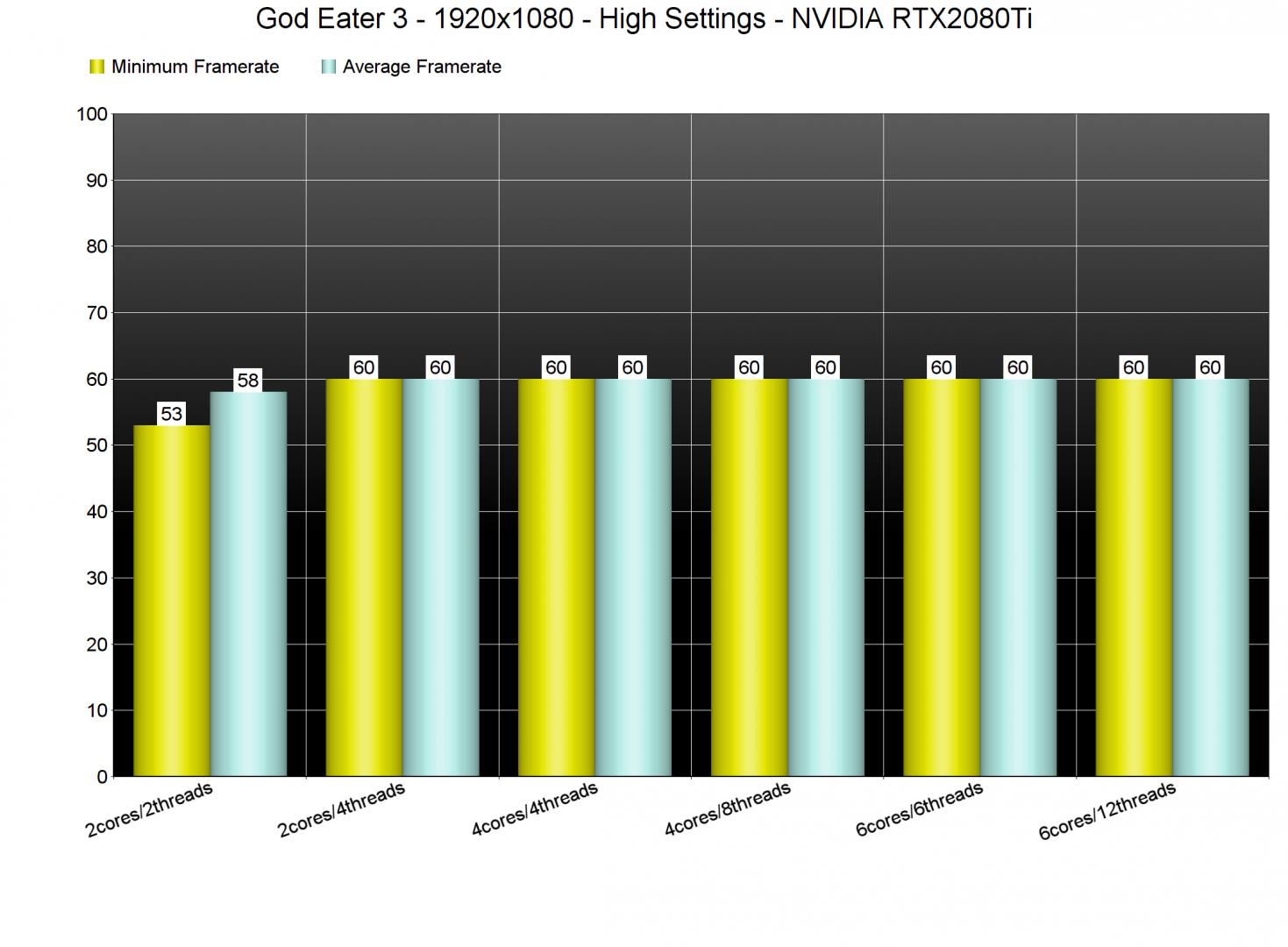 The game also does not require a high-end GPU. Our AMD Radeon RX580, RX Vega 64, NVIDIA GTX980Ti and RTX2080Ti had no trouble at all running the game with 60fps at 1080p on High settings. Hell, even our GTX690 in single GPU mode was able to come close to a 60fps experience. 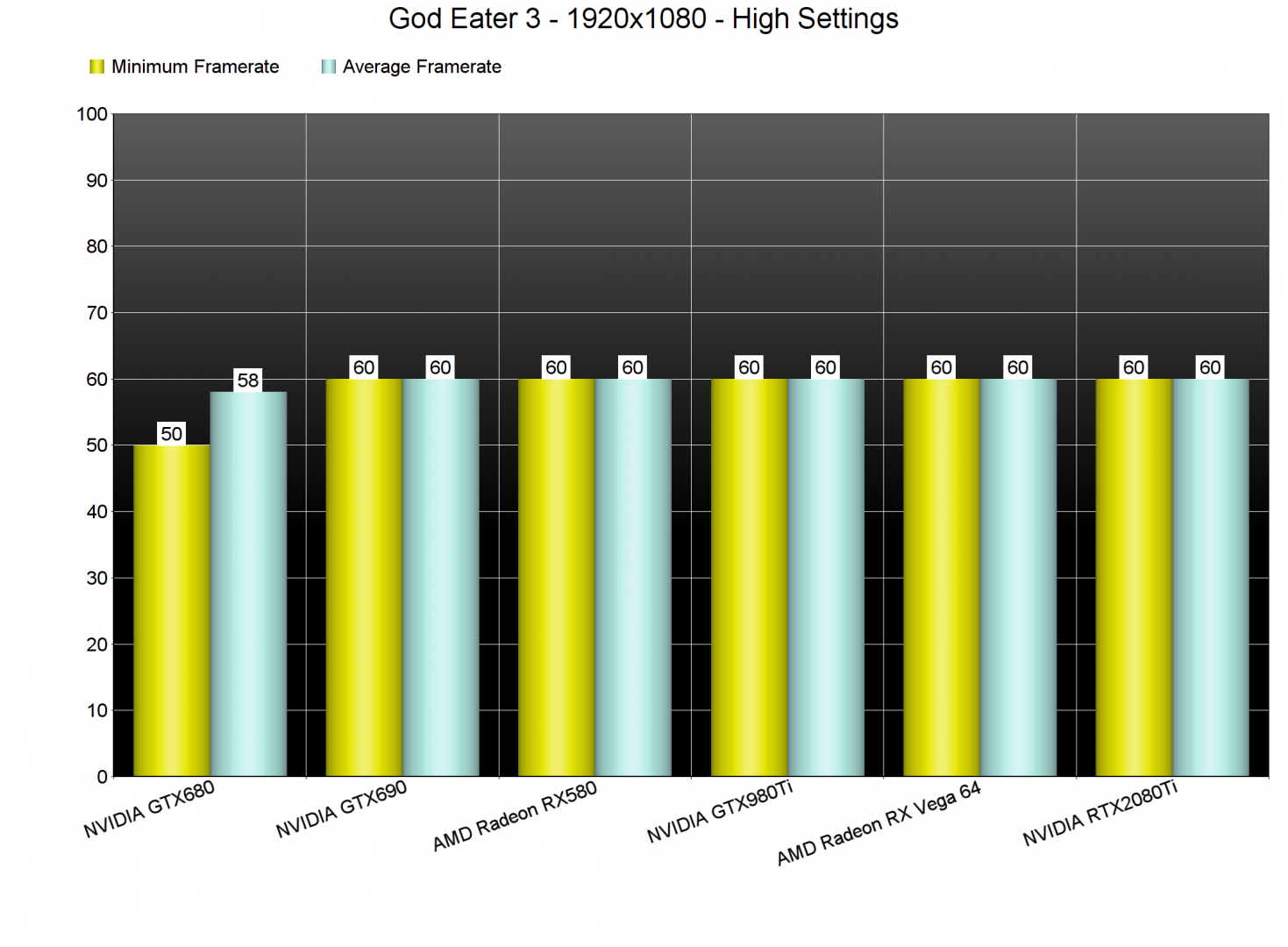 In 2560x1440p, all of our top three graphics cards were able to offer a smooth gaming experience. In 4K, our AMD Radeon RX Vega 64 and our NVIDIA GeForce RTX2080Ti had no trouble running the game with constant 60fps. On the other hand, our NVIDIA GeForce GTX980Ti came close to it as it pushed a minimum of 50fps and an average of 58fps. 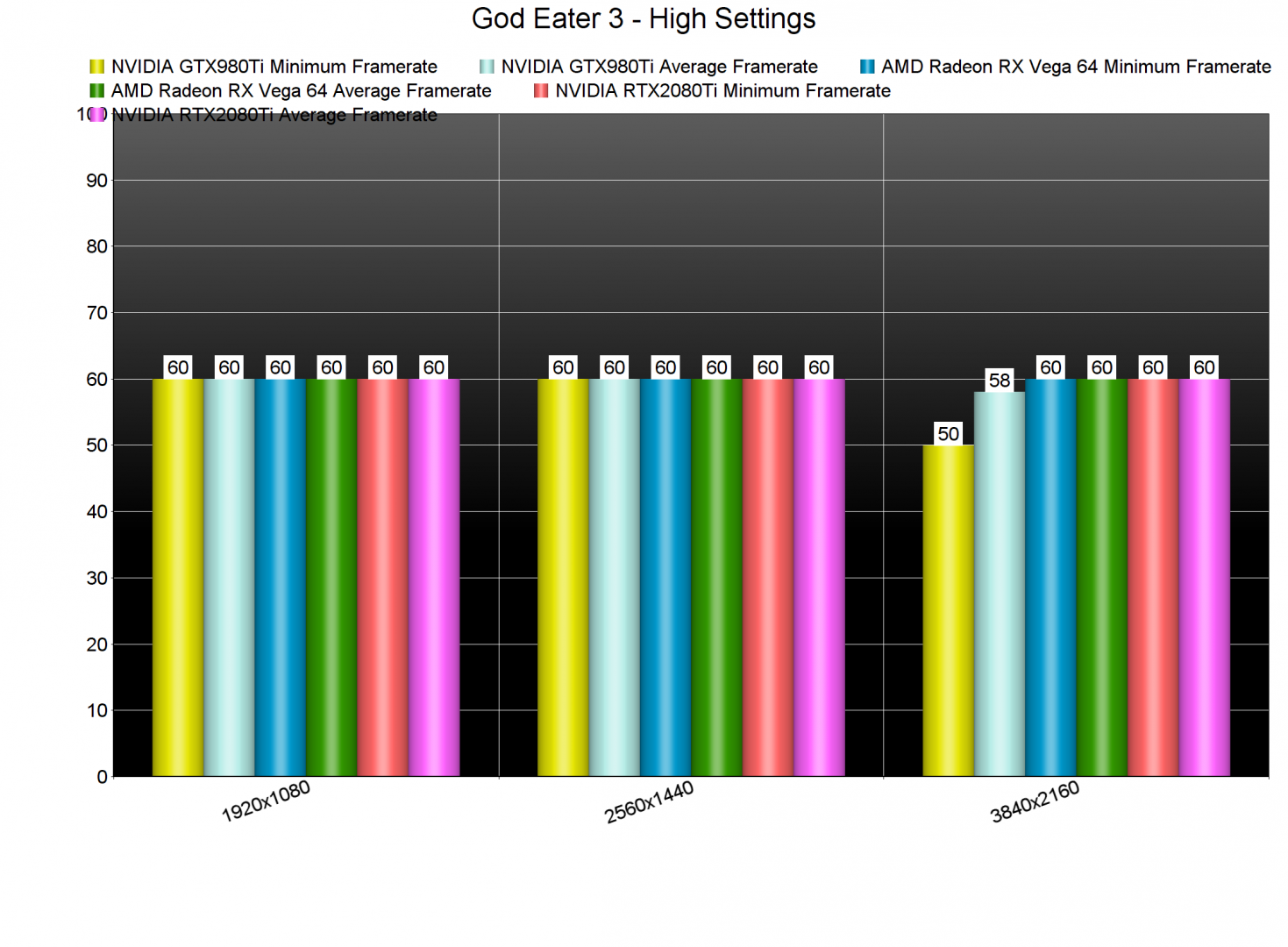 As we’ve already said, God Eater 3 is not visually impressive. Seriously, this looks more like a cross-gen game than something that was made for current-gen platforms. There are some cool particles effects but there is nothing on screen that will “wow” you. Unfortunately, God Eater 3 seems stuck at old-gen visuals and that’s something that may disappoint a number of gamers.

At this point, I should also mention the game’s awful mouse camera movement. The game tries to emulate the movement of a joystick, thus making the mouse movement feel awkward, unnatural and weird. It’s not a stretch to say that the mouse camera movement could cause nausea and dizziness. As such, we strongly suggest using a gamepad until Bandai Namco fixes these mouse issues (if it ever resolves them).

In conclusion, God Eater 3 runs silky smooth on the PC platform. The game does not require a high-end CPU or GPU, and can run with constant 60fps on a wide range of PC configurations. The game also displays proper on-screen keyboard indicators. Our biggest gripe with God Eater 3 PC though is the awful mouse camera movement. This is by far one of the worst mouse implementations we’ve seen and Bandai Namco really needs to fix it. Other than that, God Eater 3 performs great on the PC (though it isn’t particularly impressive tech-wise so I guess it makes sense to run without performance issues on older PC systems).