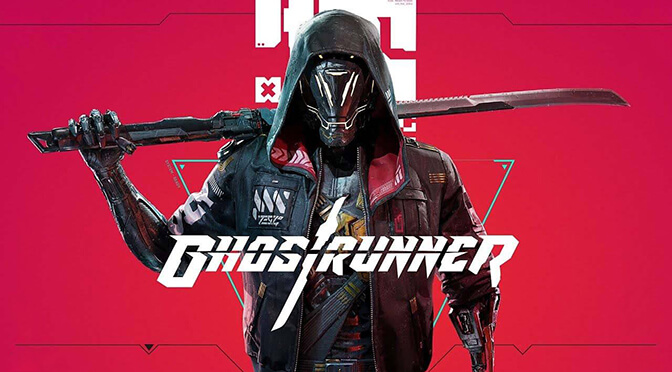 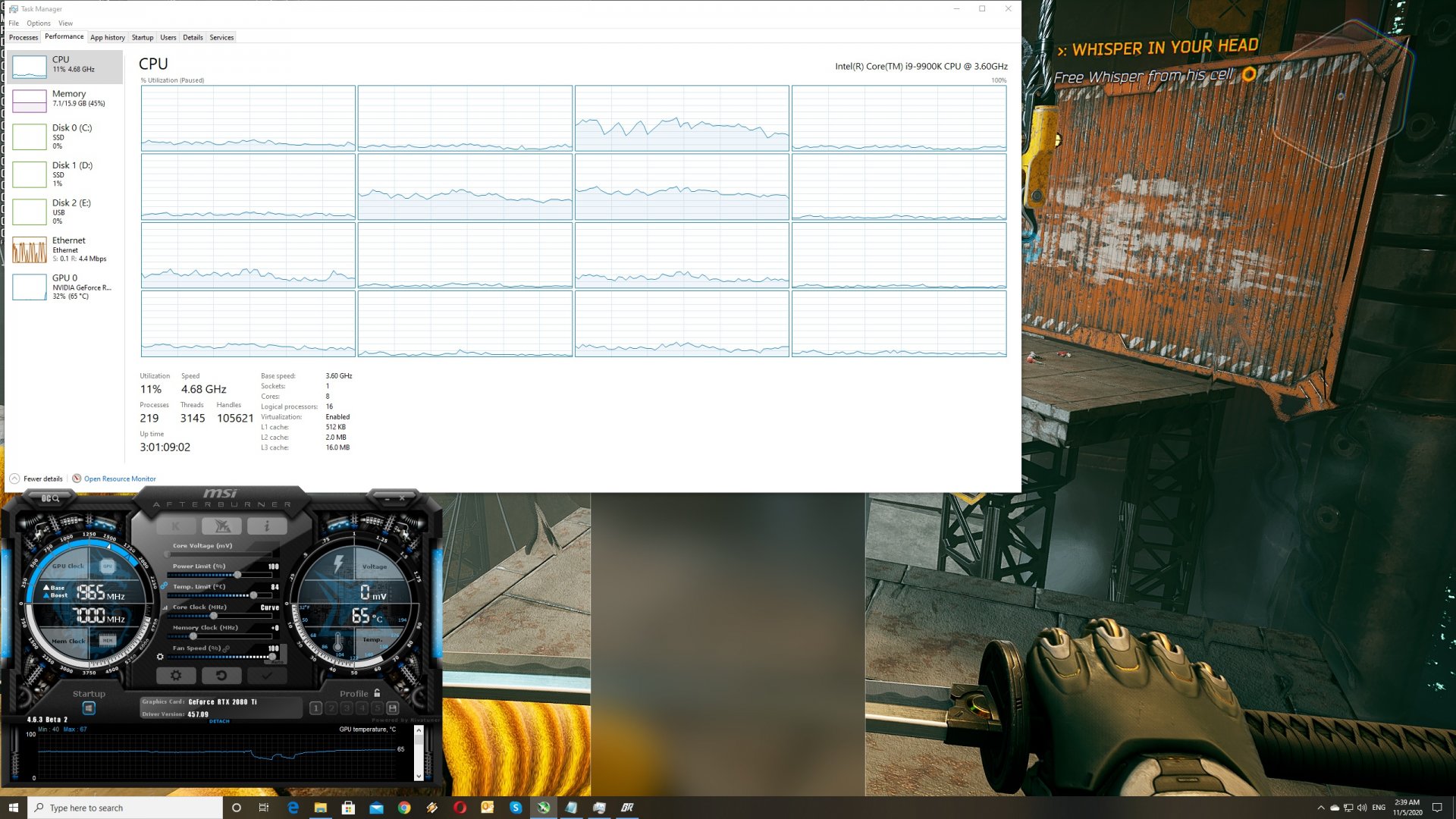 One More Level has added a lot of graphics settings to tweak. PC gamers can adjust the quality of Anti-aliasing, Post-process, Shadows, Textures, Effects and Material. There are also options for FidelityFX Upscaling and DLSS 2.0. Furthermore, the game supports FidelityFX Sharpening, unlimited framerates, and there is a FOV slider.

In order to find out how the game scales on multiple CPU threads, we simulated a dual-core, a quad-core and a hexa-core CPU. And, we are happy to report, that Ghostrunner can run with more than 144fps even on dual-core systems. Our simulated dual-core system was able to push a constant 144fps experience at 1080p/Epic settings. 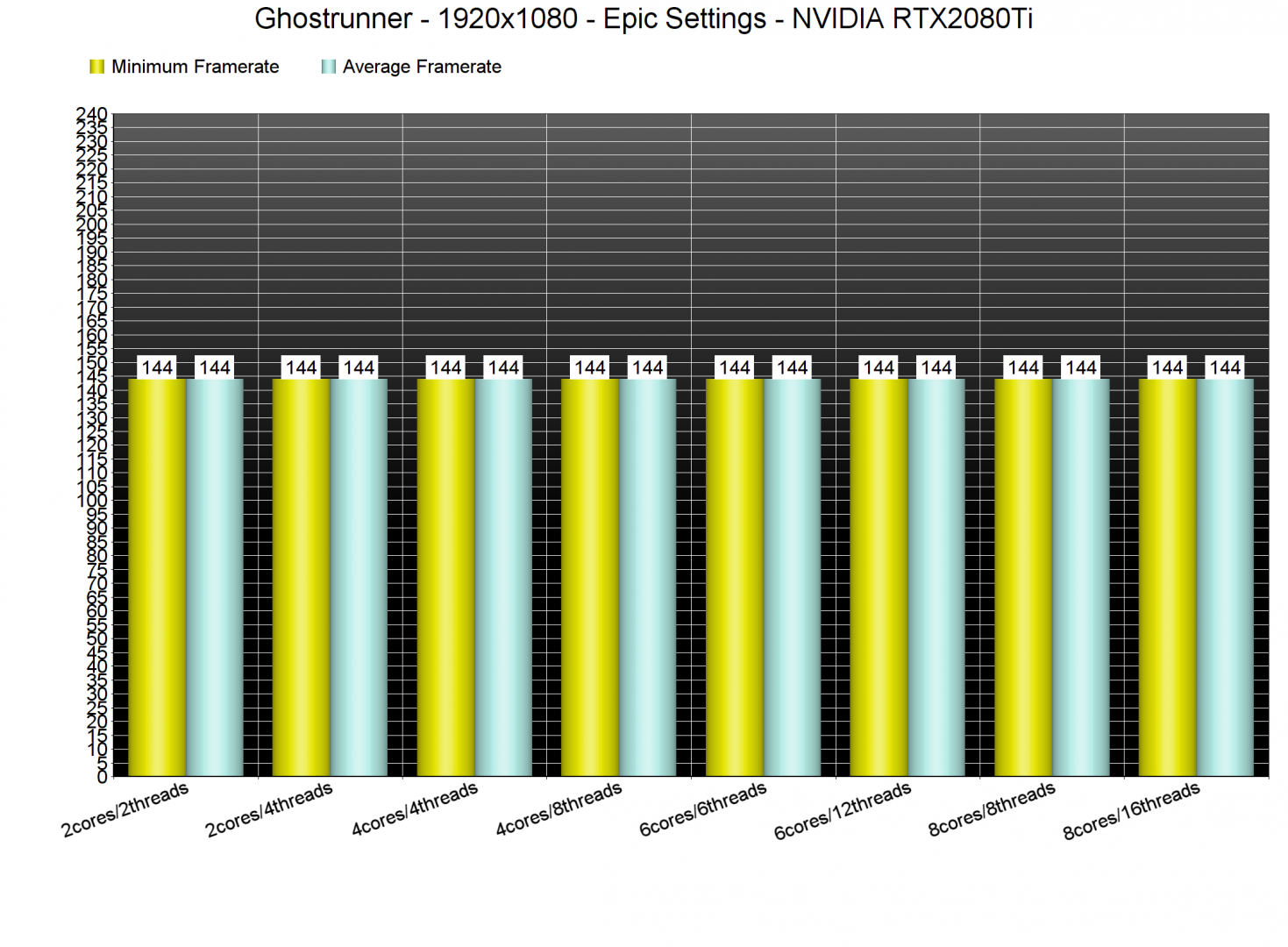 Ghostrunner also performed great on our older generation Intel CPU, the Intel Core i7 4930K. In fact, we didn’t notice any performance differences between the i7 4930K and the i9 9900K. This game does not really stress the CPU and can run comfortably on a huge range of CPUs. 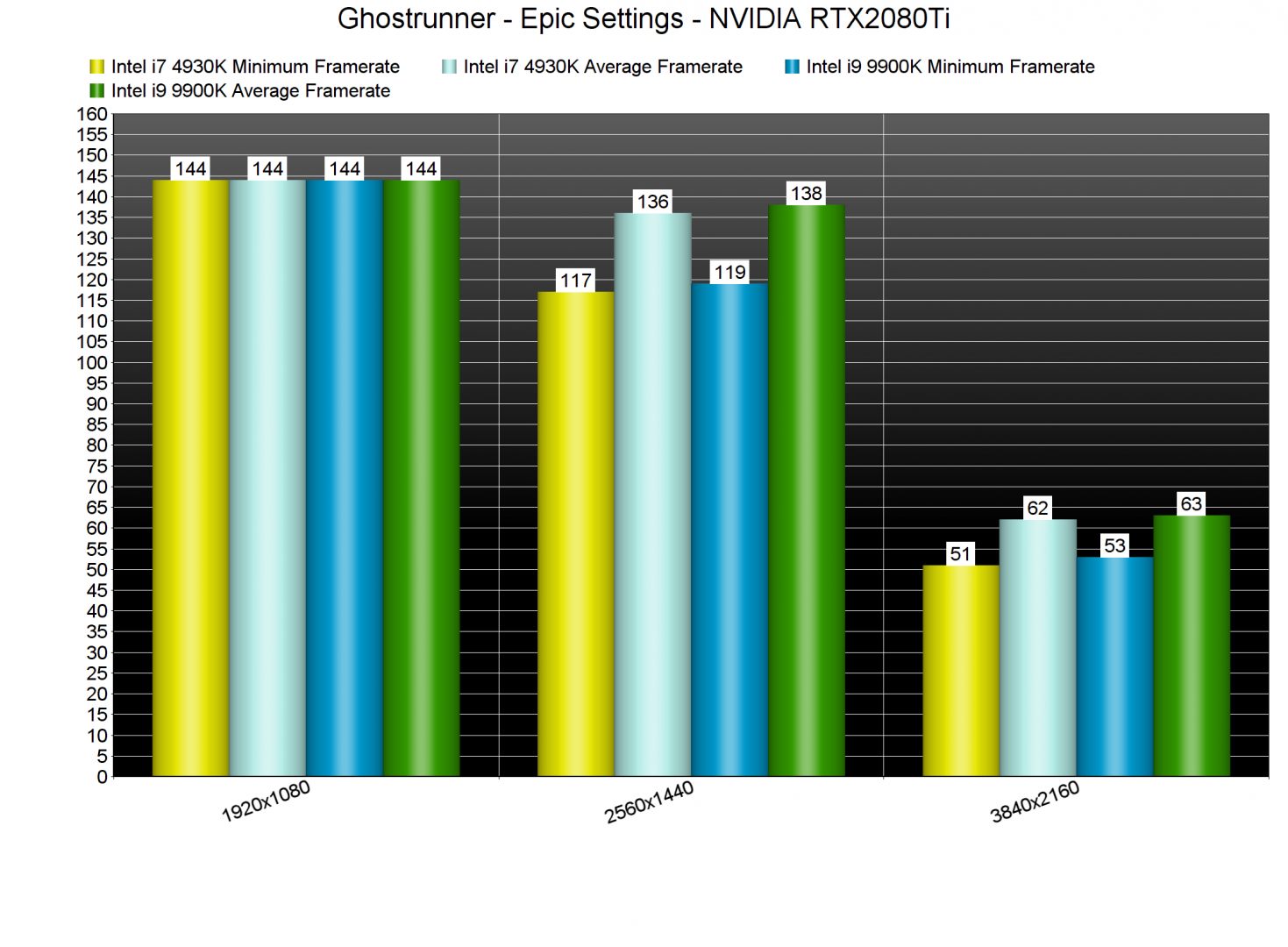 Since the game does not stress the CPU, we can safely describe it as a GPU-bound title. At 1080p/Epic, our three most powerful GPUs were able to offer a constant 60fps experience. Our AMD Radeon RX580 came close to a 60fps experience, though there were some drops to 54fps. Interestingly enough, our GTX980Ti offered better minimum framerates than our AMD Radeon RX Vega 64 at 1080p (in both DX11 and DX12). 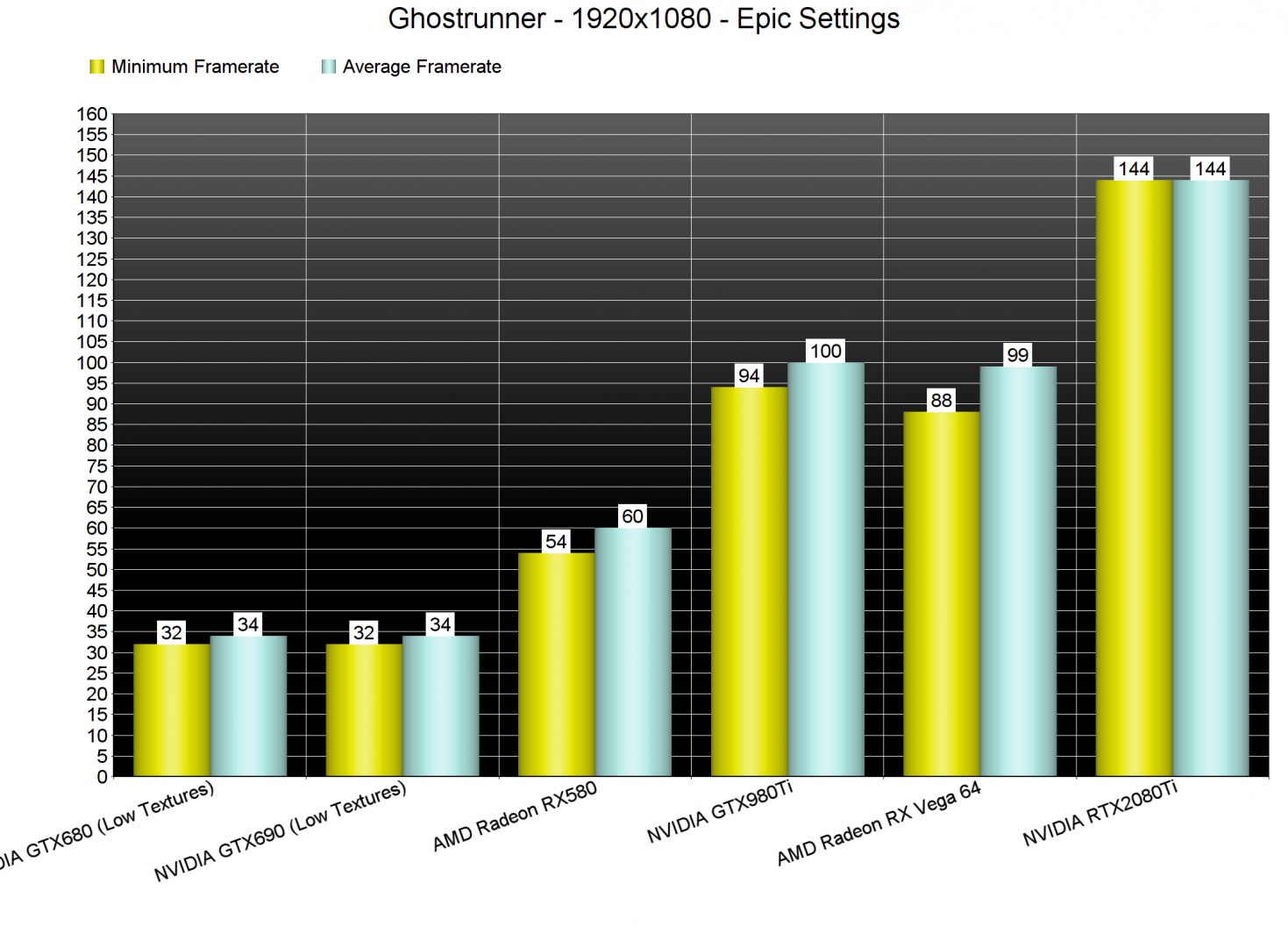 At 2560x1440p, the gap between the GTX980Ti and the AMD RX Vega 64 was minimized. Still, the GTX980Ti was slightly faster than the Vega 64. This does not really surprise us as we’ve seen numerous Unreal Engine 4 games running faster on the GTX980Ti. Both the RX Vega 64 and the GTX980Ti were unable to run the game with constant 60fps at 1440p. As for 4K, our RTX2080Ti came close to a 60fps experience, though we did notice various drops to 53fps. On the other hand, the GTX980Ti was able to increase its performance lead and beat the AMD Radeon RX Vega 64. 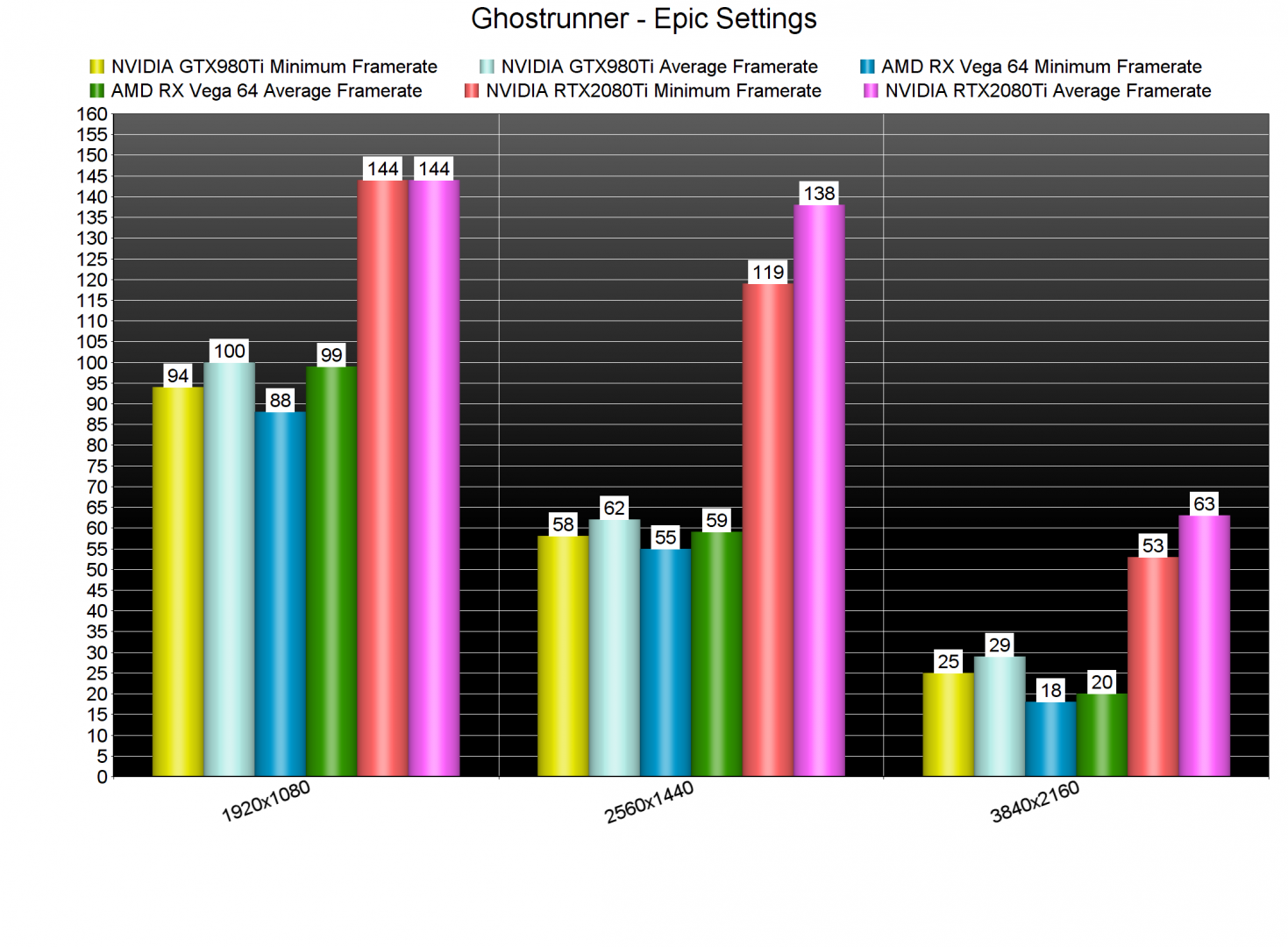 Graphics-wise, Ghostrunner looks beautiful. One More Level was able to create some truly amazing levels, that have an incredible cyberpunk style. Tech-wise, there is nothing particularly impressive here. Interactivity is limited, there aren’t any destructible objects, and most levels are not that big. Still, the game’s art style and colorful levels are truly amazing.

In conclusion, Ghostrunner runs incredibly well on the PC. While the game’s Ray Tracing effects are a bit demanding, NVIDIA users can use DLSS 2.0 in order to improve overall performance. Without Ray Tracing, the game can run smoothly on a variety of PC configurations. We also did not experience any crashes or stability issues, and the game does not suffer from any mouse acceleration or smoothing issues.