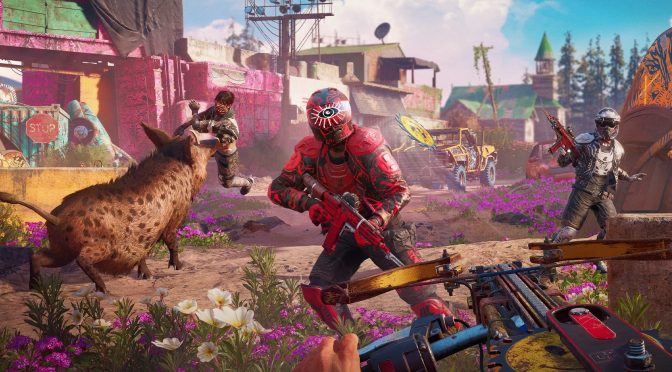 Far Cry New Dawn is the latest part in the Far Cry series that has just been released on the PC. Like all previous Far Cry games, New Dawn is powered by the Dunia Engine so it’s time to benchmark it and see how it performs on the PC platform. 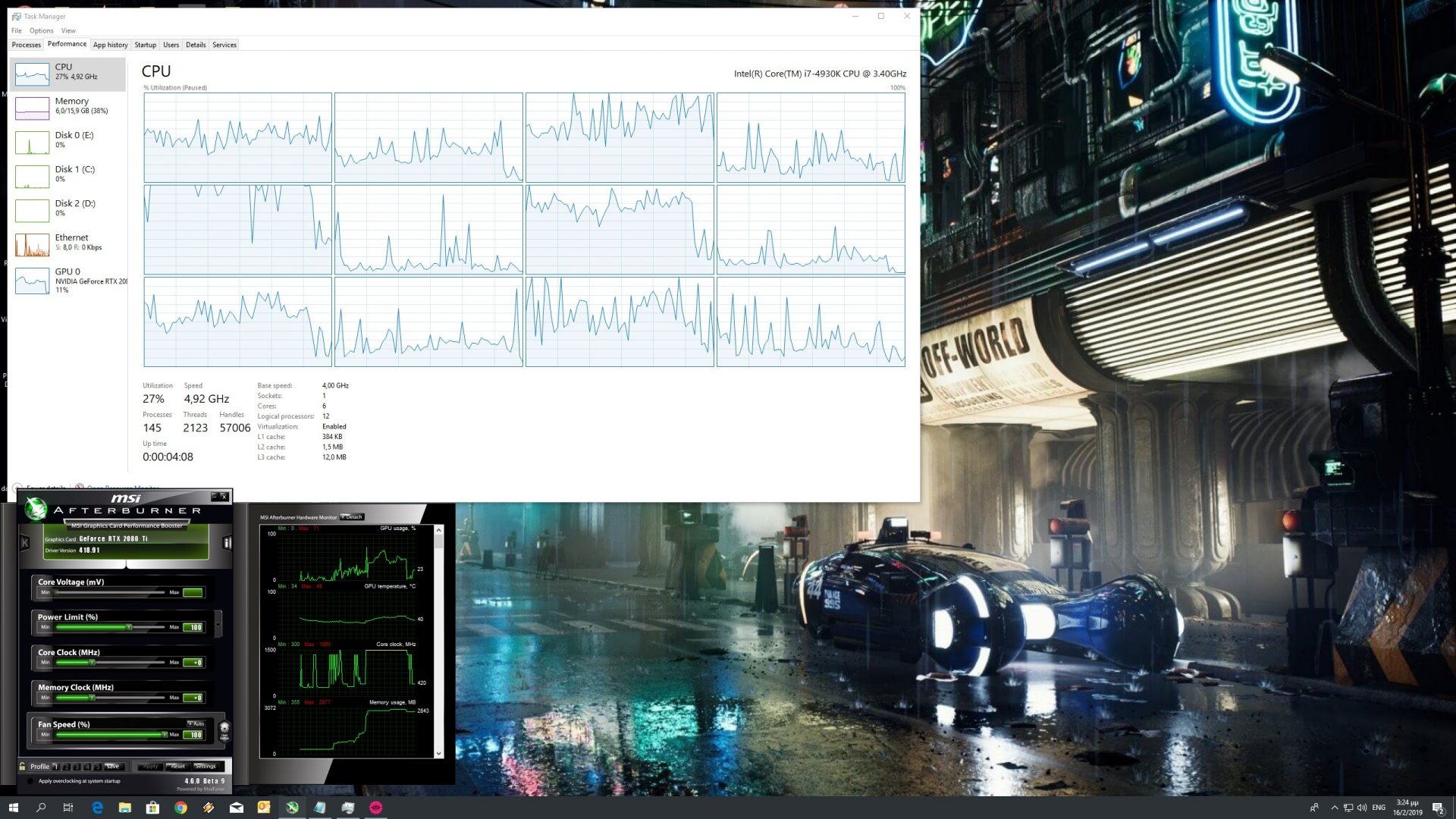 Ubisoft has added a respectable amount of graphics settings to tweak. PC gamers can adjust the quality of Texture Filtering, Shadows, Geometry and Vegetation, Environment, Water, Terrain, Volumetric Fog and Anti-Aliasing. There are also options for Motion Blur, Adaptive Resolution, Framerate Lock, as well as a Field of View slider. 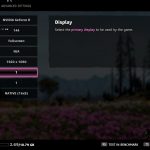 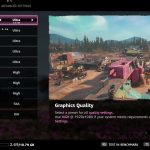 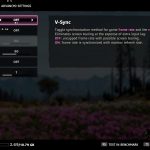 Far Cry New Dawn currently suffers from some really awful CPU optimization issues. Yes yes, I’m pretty sure that some of our die-hard readers will be happy to see us admitting that we are CPU-limited in a PC game. However, things could have been way better if the game could actually take advantage of multi-core CPUs.

Far Cry New Dawn appears to be heavily using one CPU thread. The game can also use additional CPU threads, however the main thread is being hammered like crazy, resulting in overall underwhelming performance. Not only that, but the game is still using DirectX 11; an API that is not as friendly to multi-threading applications as DirectX 12 or Vulkan. It’s pretty obvious that Ubisoft needs to step up its game and that the Dunia Engine needs to be upgraded to DX12 so that it can properly take advantage of multi-core CPUs. It’s also worth noting that the game is protected by both VMProtect and Denuvo so we don’t know whether the overhead from these protection systems bring additional burden to the main CPU thread. So yes, we are CPU limited but these limitations are due to optimization issues… unless of course everyone is happy with unoptimized games that heavily rely on only one or two CPU threads.

In order to find out how the game scales on multiple CPUs, we’ve simulated a dual-core and a quad-core system. For both our CPU and GPU benchmark tests we used built-in benchmark which is representative of the actual in-game performance. 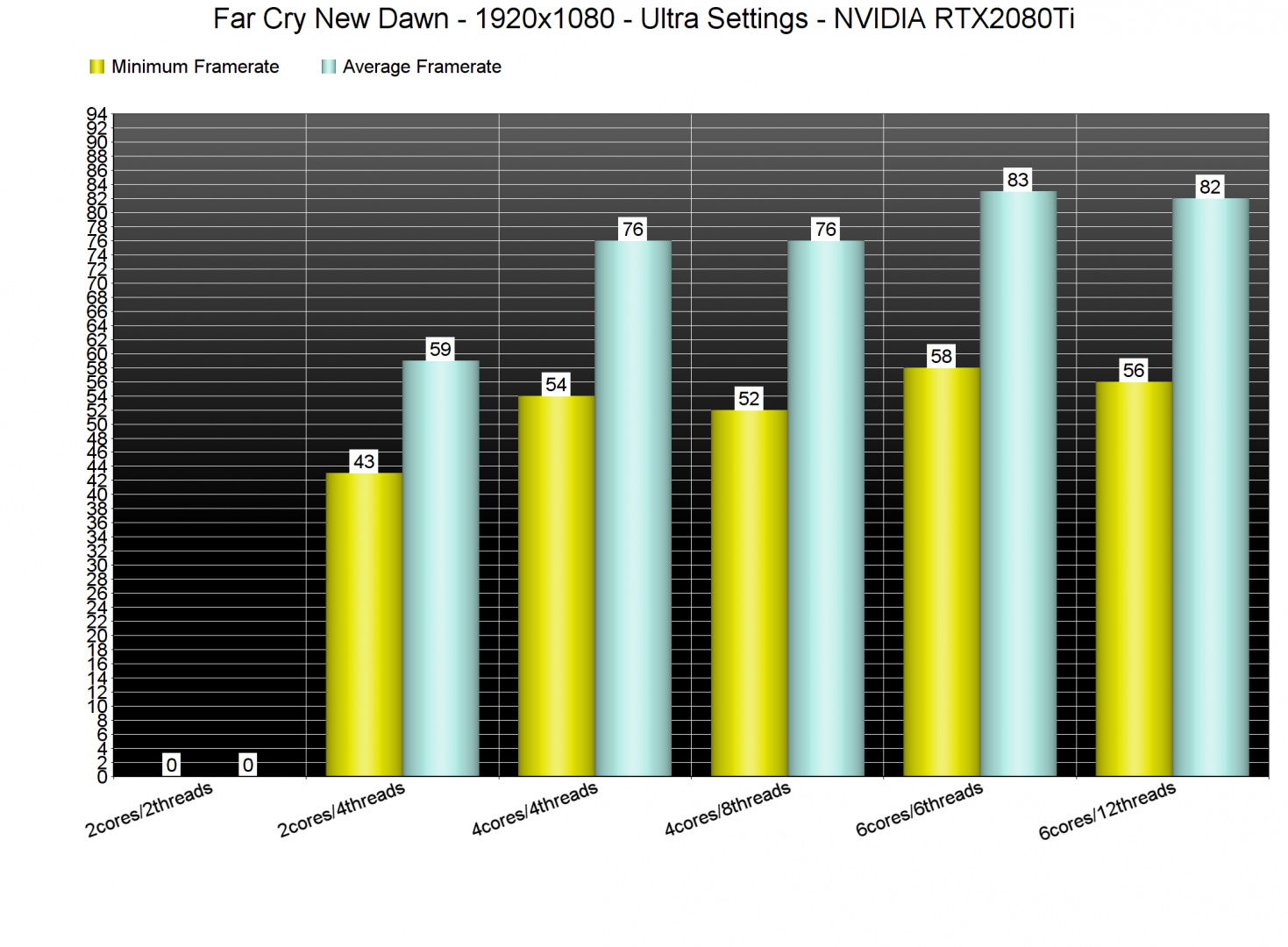 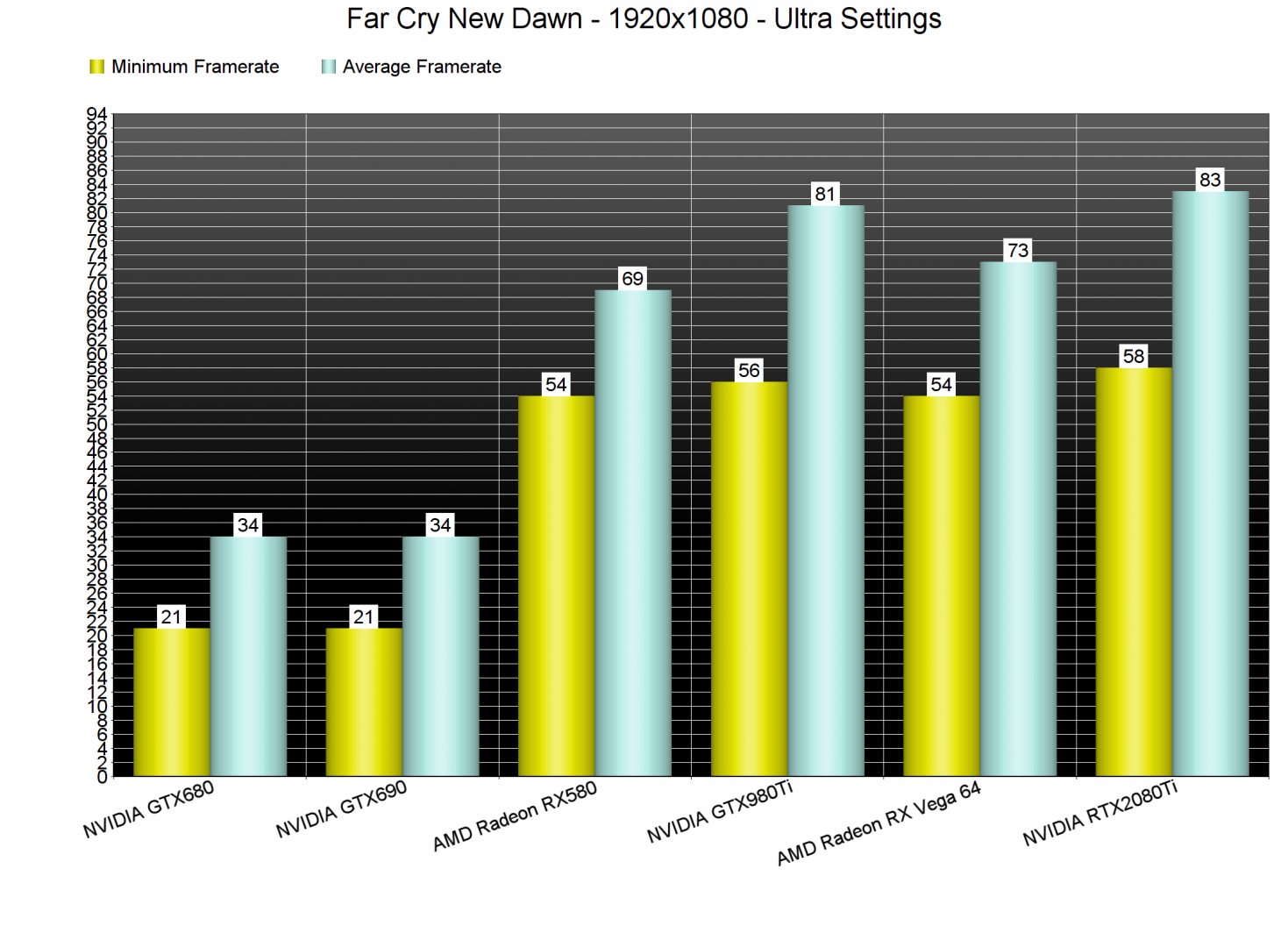 Contrary to its CPU requirements, Far Cry New Dawn runs well on a variety of graphics cards. Most of our GPUs had no trouble at all running the game with 60fps at 1920×1080 on Ultra settings. Due to the worse DX11 drivers (that bring an additional CPU overhead as we’ve stated numerous times) the RX Vega 64 was slower on our system than the GTX980Ti at 1920×1080. Things got better for the red team as our AMD Radeon RX Vega 64 was faster at 2560×1440. Thankfully, all of our three top GPUs were able to provide a smooth gaming experience at 2560×1440. As for 4K, our NVIDIA RTX2080Ti was able to run the game with a minimum of 57fps and an average of 72fps. 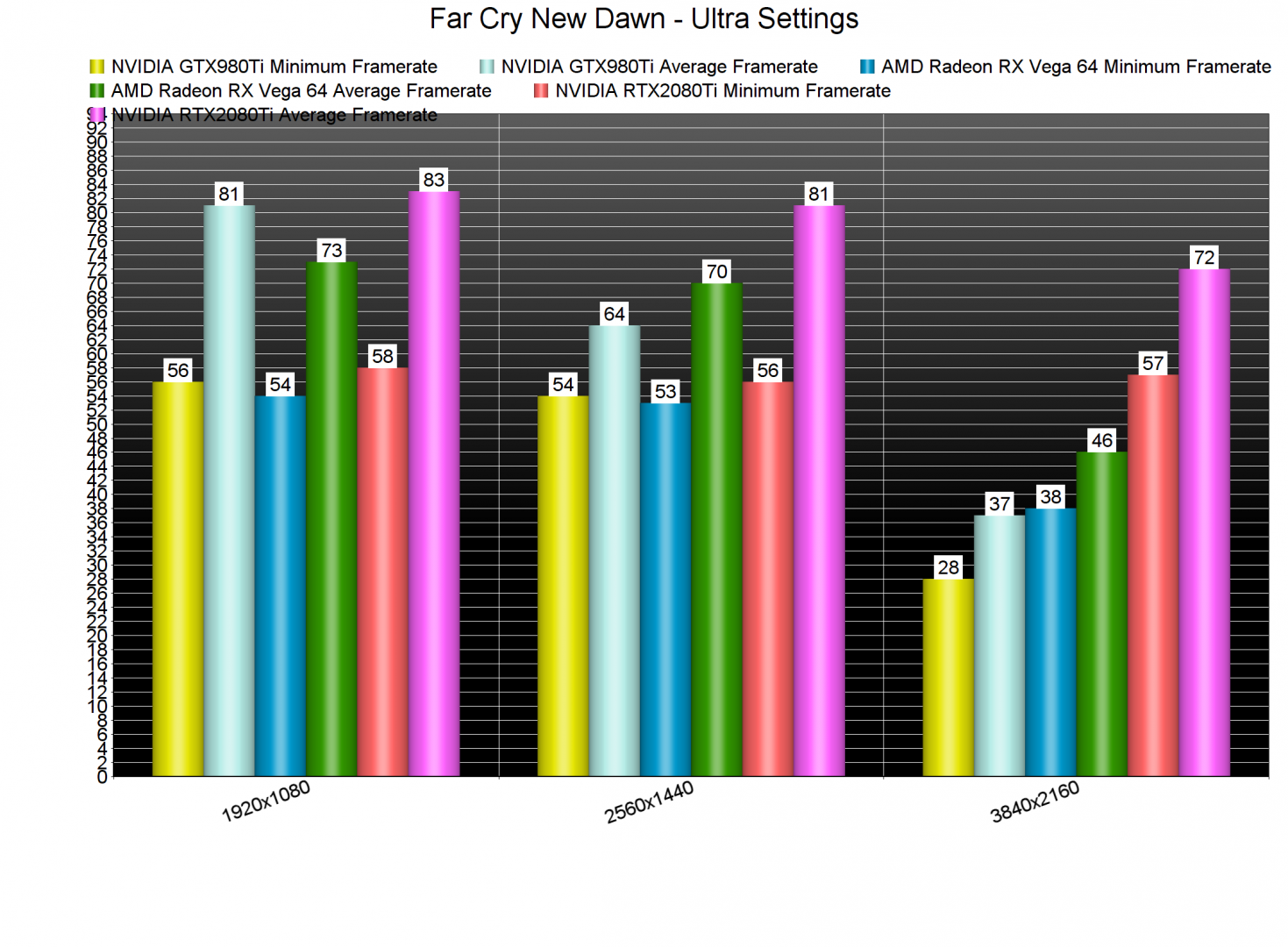 Far Cry New Dawn is also a really beautiful game. Ubisoft has used Photogrammetry and all of the textures look incredible. There are some really cool wind effects, the fire effects are as amazing as they were in Far Cry 5, and most of the main characters are highly detailed. The lighting system is also great, though it cannot come close to the one featured in Metro Exodus (I also still believe that Assassin’s Creed Unity had better lighting than every other Ubisoft game that released afterwards, but that’s just me). Still, it’s great in general and most of the environments look beautiful.

All in all, Far Cry New Dawn suffers from major CPU optimization issues. The game appears to be heavily using one CPU thread, and we did not notice any major performance differences between quad-cores and six-cores. We’ve also experienced some stuttering issues while exploring the environments. It’s obvious that the Dunia Engine needs to start using a better API that can properly scale on multiple CPU cores/threads (and my guess is that Ubisoft will do this once next-gen consoles hit the street). Thankfully, the game does not require a high-end GPU so if you can overcome these CPU optimization issues (by using newer CPUs that offer better IPC) you will be fine!