When Dynasty Warriors 9 hit the PC on February 13th, we were really disappointed with its initial performance. As such, and since the game underperformed on all platforms, we’ve decided to give KOEI Tecmo some time in order to improve overall performance. And since it’s been almost three weeks ago since its release – and after receiving two patches – it’s time to benchmark it and see how it performs on the PC platform.

For this PC Performance Analysis, we used an Intel i7 4930K (overclocked at 4.2Ghz) with 8GB RAM, AMD’s Radeon RX580 and NVIDIA’s GTX980Ti, Windows 10 64-bit and the latest version of the GeForce and Catalyst drivers. Since the game requires a powerful GPU and NVIDIA has not included any SLI profile for this game in its latest drivers, we did not test our GTX690. 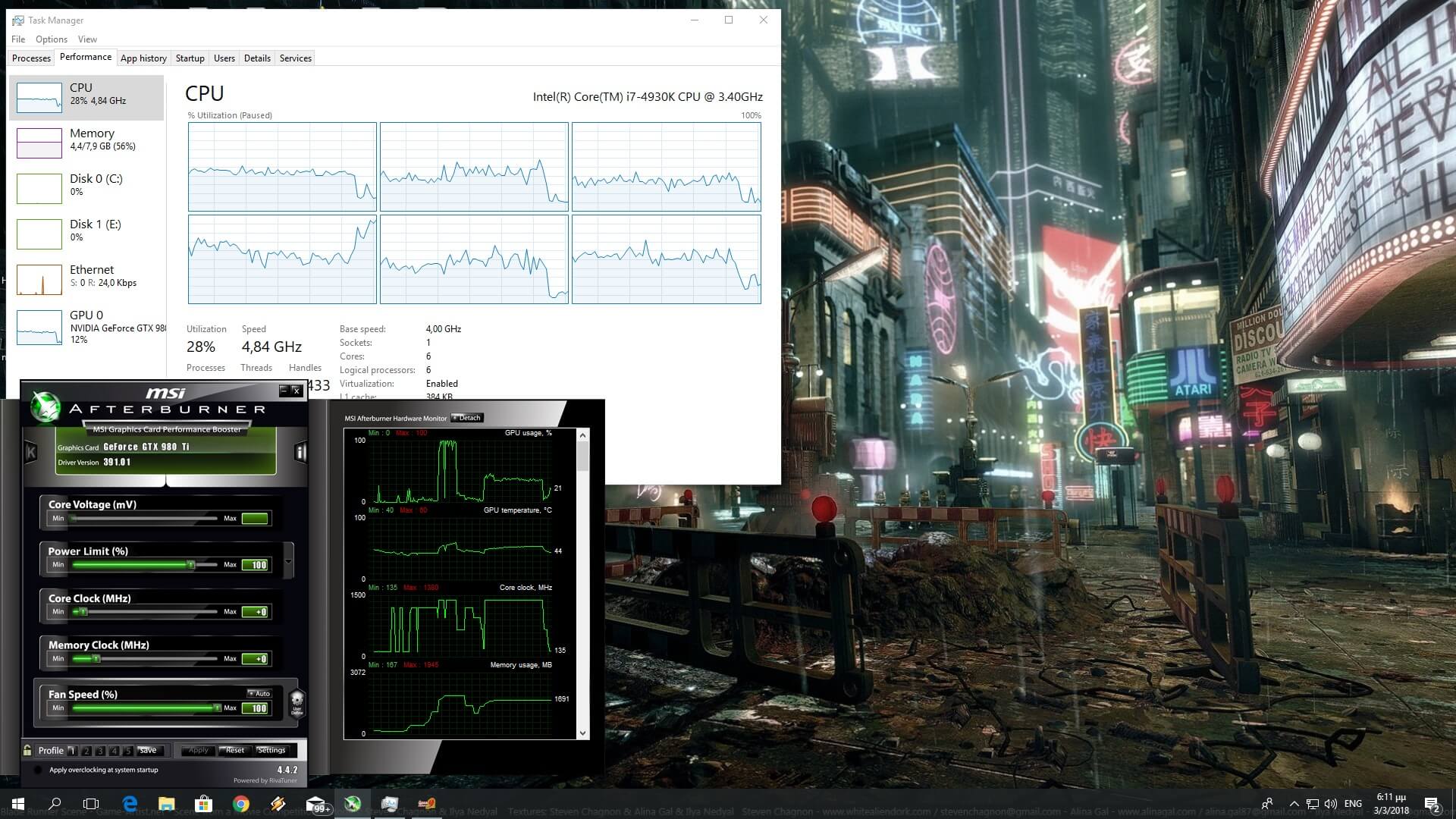 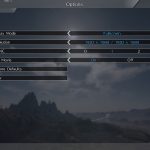 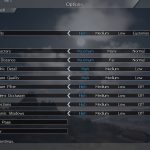 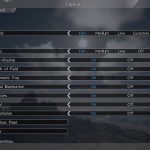 In order to find out how the game performs on a variety of CPUs, we simulated a dual-core and a quad-core CPU. For our CPU benchmarks, we used the game’s max settings but lowered our resolution to 720p and completely disabled anti-aliasing (so we were not bottlenecked by our GTX980Ti). Surprisingly enough, and even though this is an open-world game with lots of enemies on screen, the game does not require a powerful CPU. Our simulated dual-core system was unable to offer a constant 60fps experience with Hyper Threading disabled, though it did run the game better than current-gen consoles. With Hyper Threading enabled, we were able to get a constant 60fps experience, no matter what was going on on-screen and even in huge battles. Our simulated quad-core and six-core systems had no trouble at all running the game. 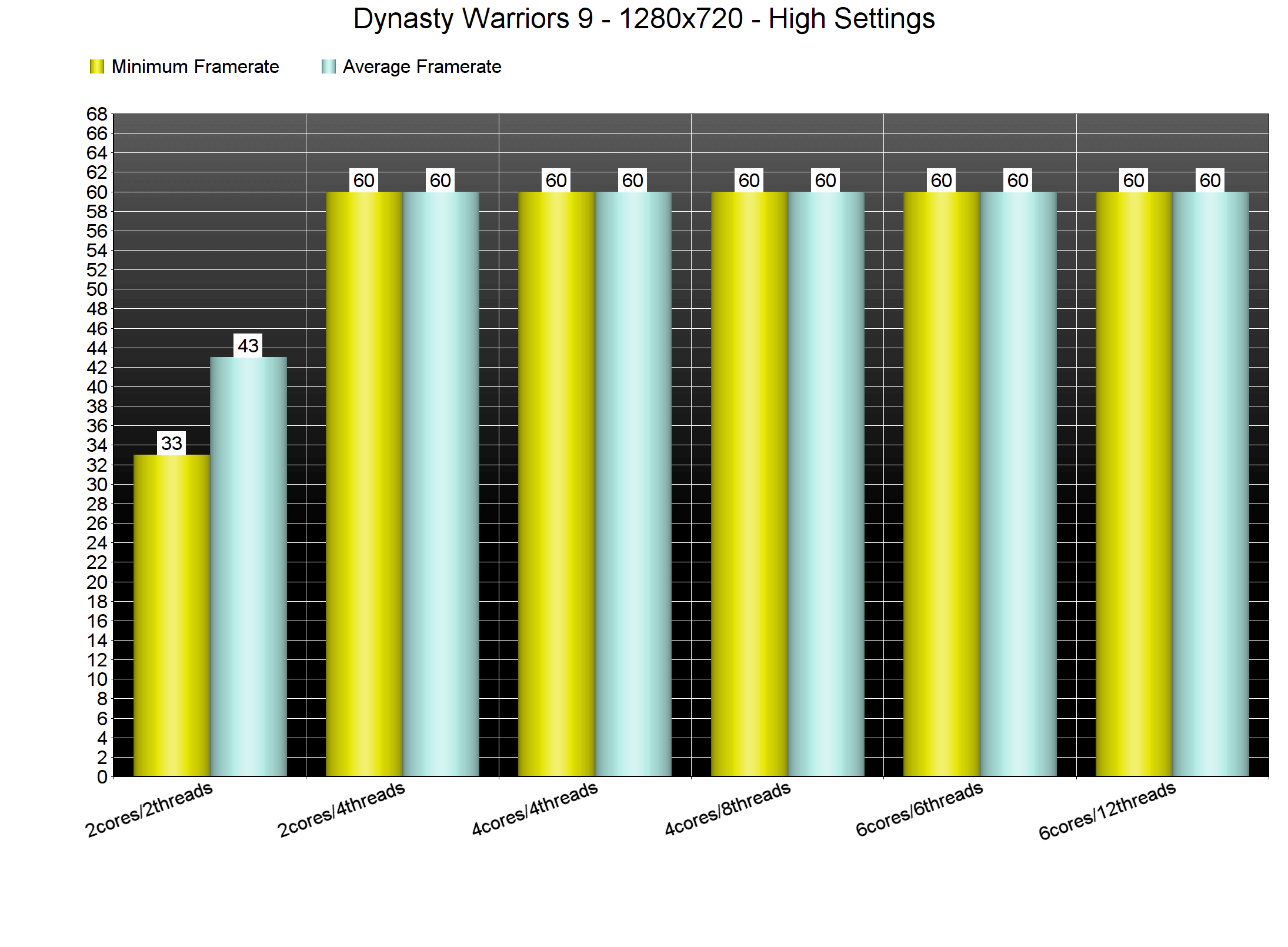 As with most releases these days, Dynasty Warriors 9 relies more on the GPU than on the CPU. And while NVIDIA gamers will be able to enjoy it – provided they have a somehow powerful GPU – most AMD gamers will encounter major performance issues. During heavy battles, our AMD Radeon RX580 was unable to offer a constant 60fps experience, even on Low settings. Yeap, you read that right. On Low settings at 1080p, our AMD Radeon RX580 ran the game (during battles) with a minimum of 47fps and an average of 54fps. This basically means that we had to lower our resolution to something lower than 1080p, ON LOW SETTINGS, in order to come close to a 60fps experience. 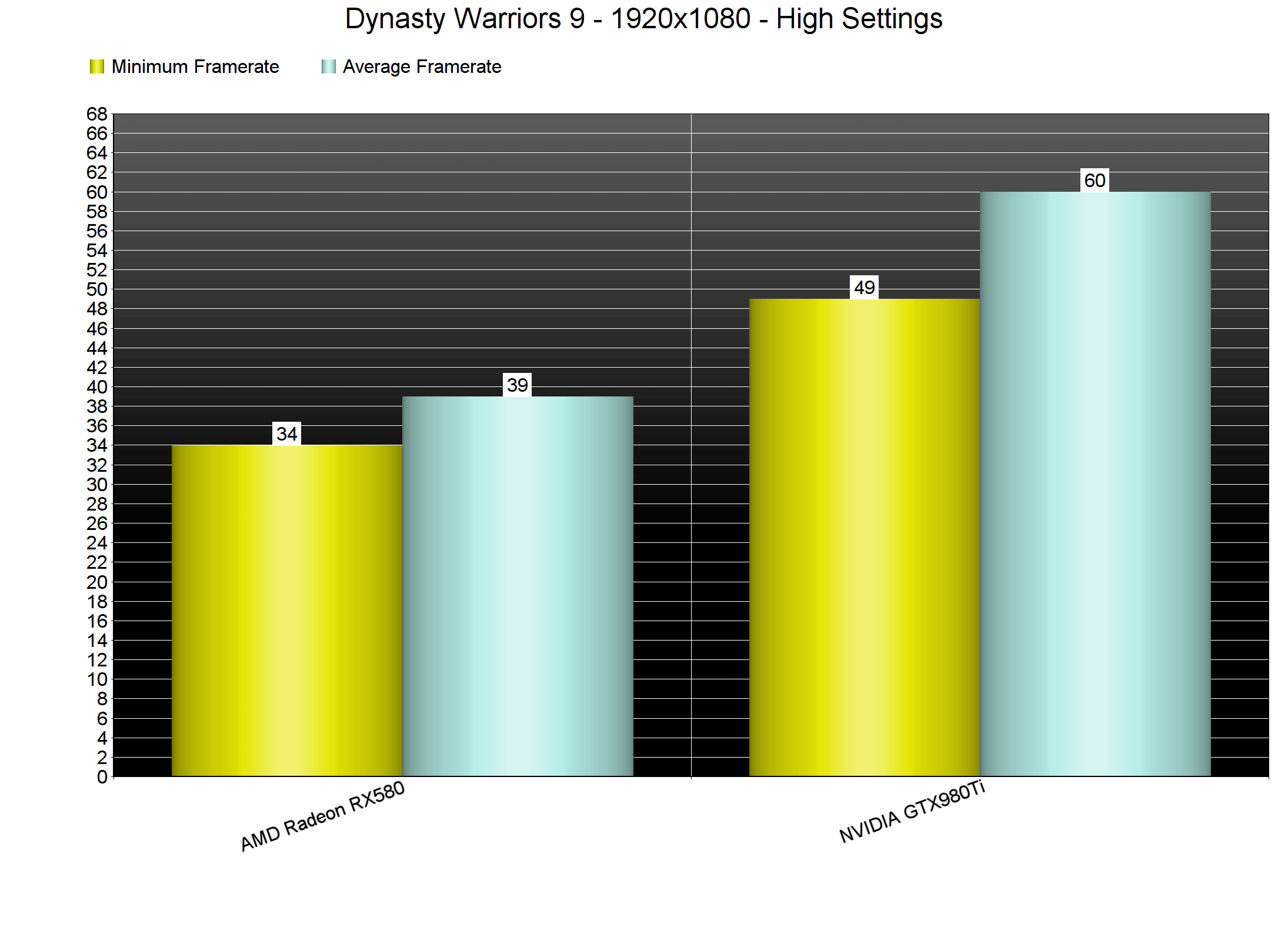 On the other hand, NVIDIA users will be able to get a smooth experience provided they have a GPU as powerful as the GTX980Ti. Owners of GTX970 will undoubtedly encounter performance issues on Max settings, even though the game’s visuals do not justify its high GPU requirements. Our GTX980Ti was able to run the game on max settings at 1080p with an average of 60fps, however, we did notice some drops to – as low as – 49fps when there were a lot of enemies. By dropping the generall preset to Medium, we were able to get a constant 60fps.

And to be honest, we wouldn’t mind running a game on Medium settings if its visuals were truly amazing. Dynasty Warriors 9, however, looks worse than other recently released open-world games that run better than it. The lighting is not that impressive, interactivity is limited, the forest areas are not up to what other open-world games have achieved, overall texture quality is not that great, there are clipping issues, there are noticeable pop-in issues even on max settings, there is a lot of aliasing, and we noticed some weird terrain graphical glitches (we’ve circled below the terrain glitches. Those distant lines are not grasses or meshes, they are just black lines). 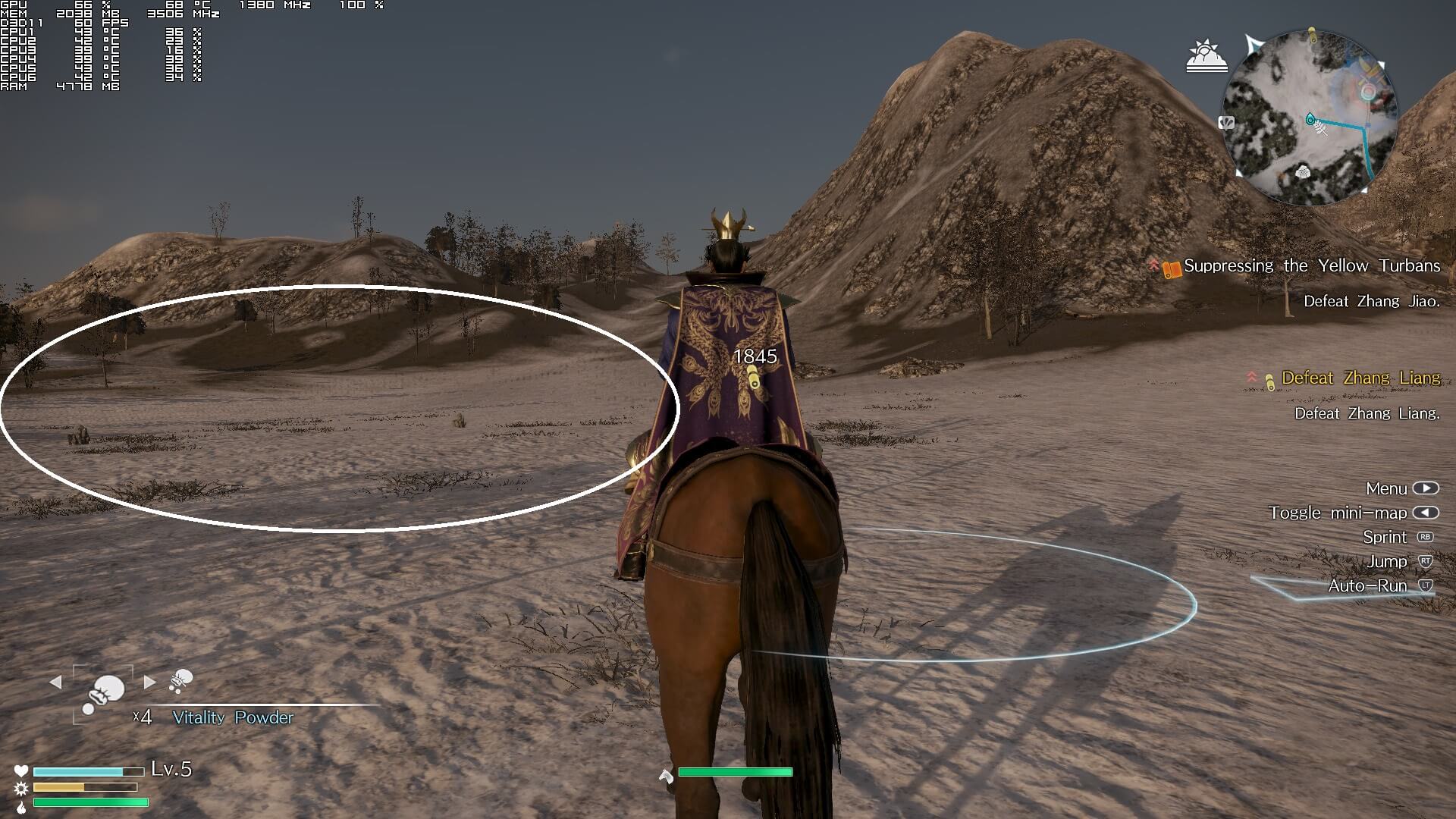 In conclusion, Dynasty Warriors 9 suffers from performance issues. While the game does not require a high-end CPU, it does require a really powerful GPU. And, as we’ve already said, we wouldn’t mind if its visuals justified these requirements. However, Dynasty Warriors 9 does not. In its current state, the game looks and runs worse than a lot of other open-world titles. AMD owners will encounter major performance issues (unless they have an AMD Radeon RX Vega 64) whereas NVIDIA owners will have to use a GTX980Ti or a GTX1080/1070Ti/1080Ti in order to experience a smooth 60fps gameplay at 1080p. And if that wasn’t enough, KOEI Tecmo also did not use proper keyboard/mouse on-screen indicators and the mouse movement feels weird. In short, Dynasty Warriors 9 is a mess on the PC! 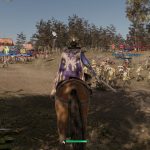 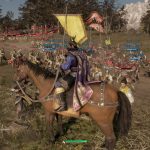 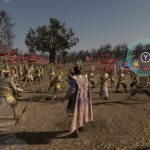 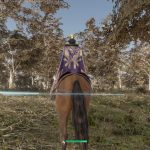 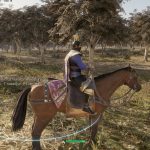 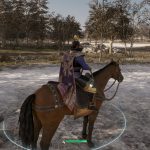 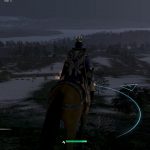 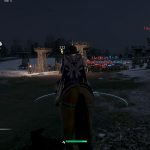 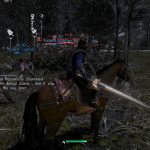 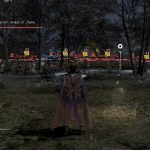 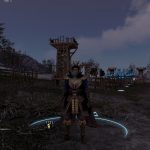 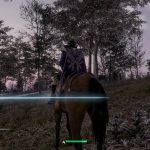 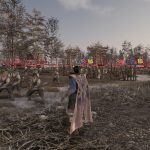 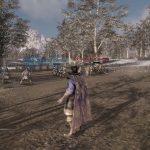 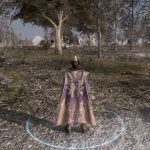