DiRT Rally 2.0 is the sequel to one of the best rally sims released in the past few years. Powered by the EGO Engine, this new racing game suffered from some optimizations issues at launch. Now, after almost a full month and two post-launch patches, it’s time to benchmark it and see how it performs on the PC platform. 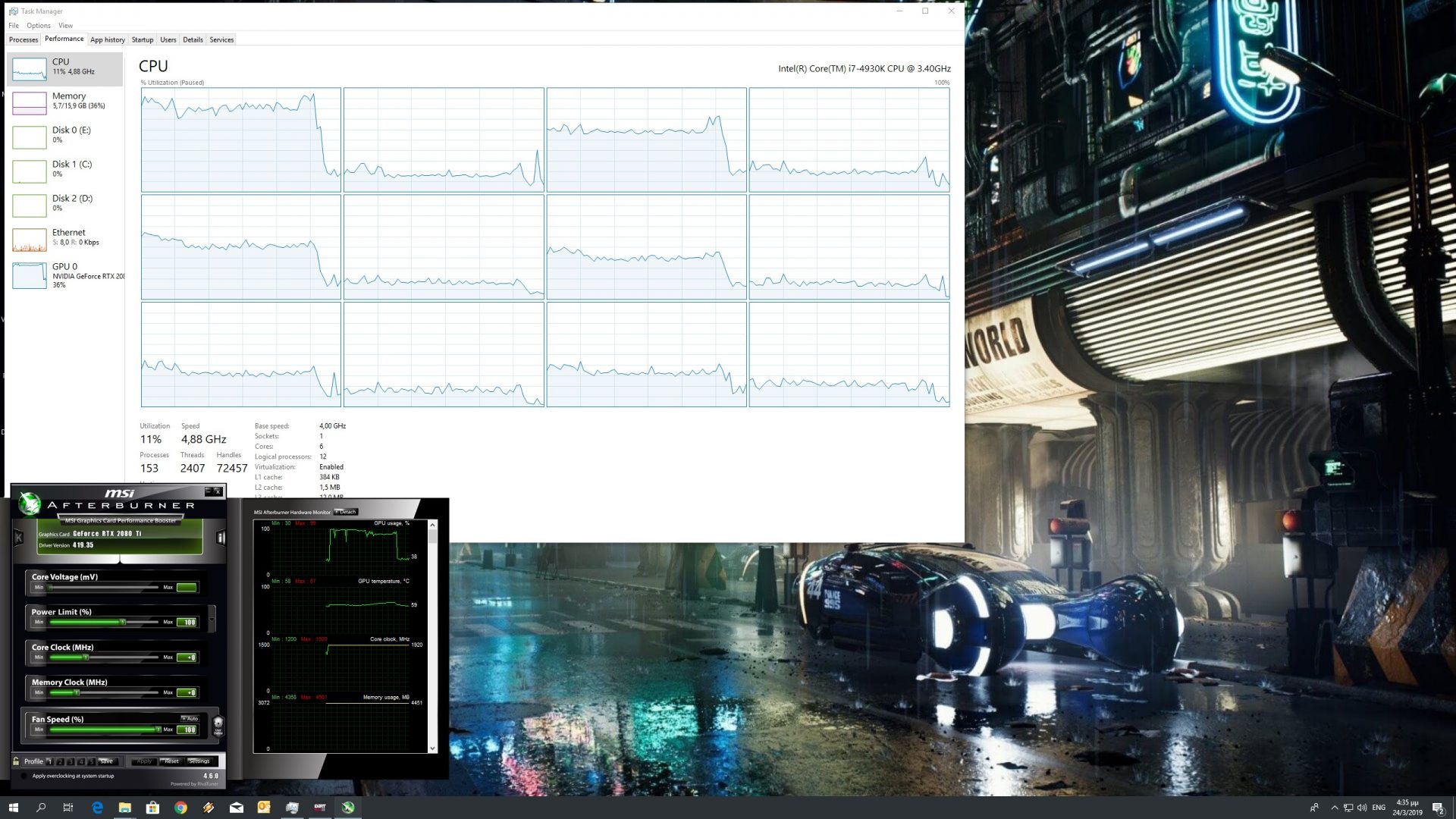 DiRT Rally 2.0 is mostly a GPU-bound title and does not require a high-end CPU. For our benchmark purposes we’ve tested the “Noorinbee Bridge Ascent” in Daytime with Rain. For our CPU tests we’ve also reduced our resolution to 1280×720. 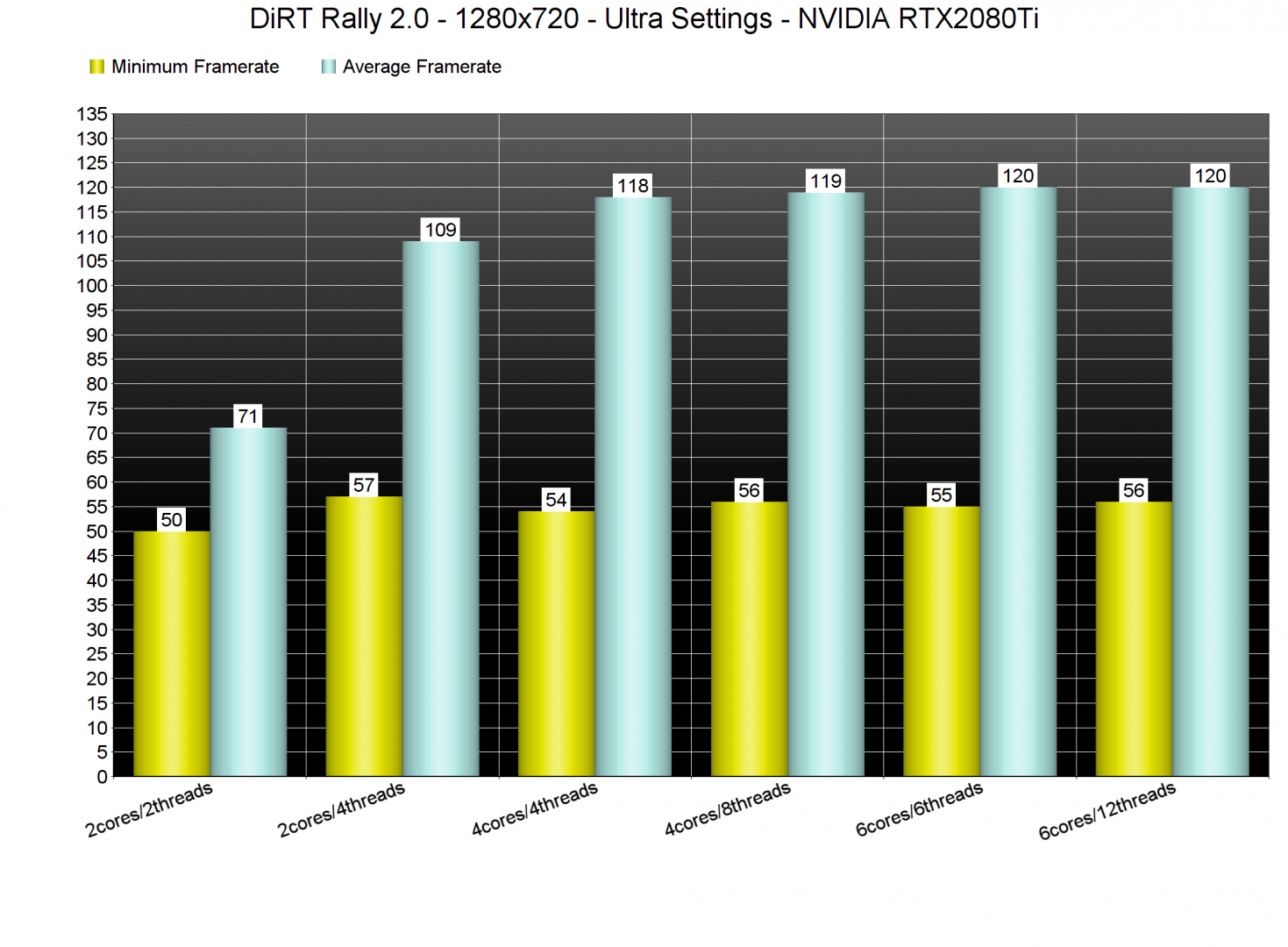 Surprisingly enough, DiRT Rally 2.0 is one of the most demanding titles when it comes to its GPU requirements, especially for those wishing to play it on Ultra settings. At 1920×1080 on Ultra settings, our AMD Radeon RX580 and NVIDIA GeForce GTX980Ti were simply unable to offer a smooth 60fps experience. Yeap, you read that right; a GTX980Ti is not powerful enough for 1080p/Ultra/60fps in this racing game. 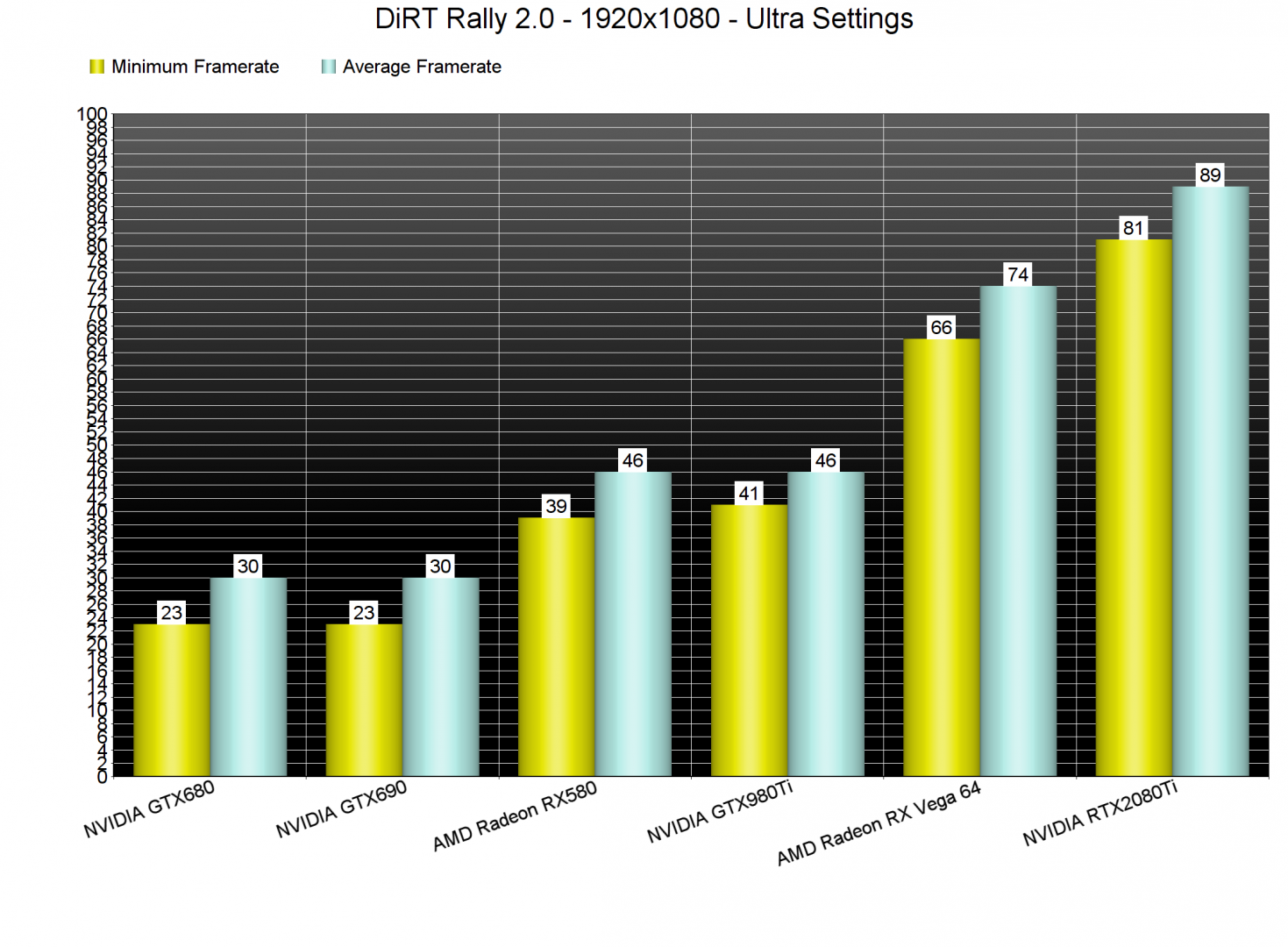 At 2560×1440, the only GPU that was able to offer a constant 60fps experience was our NVIDIA GeForce RTX2080Ti. As for 4K, even NVIDIA’s most powerful gaming graphics card is unable to offer a smooth gaming experience on Ultra settings. 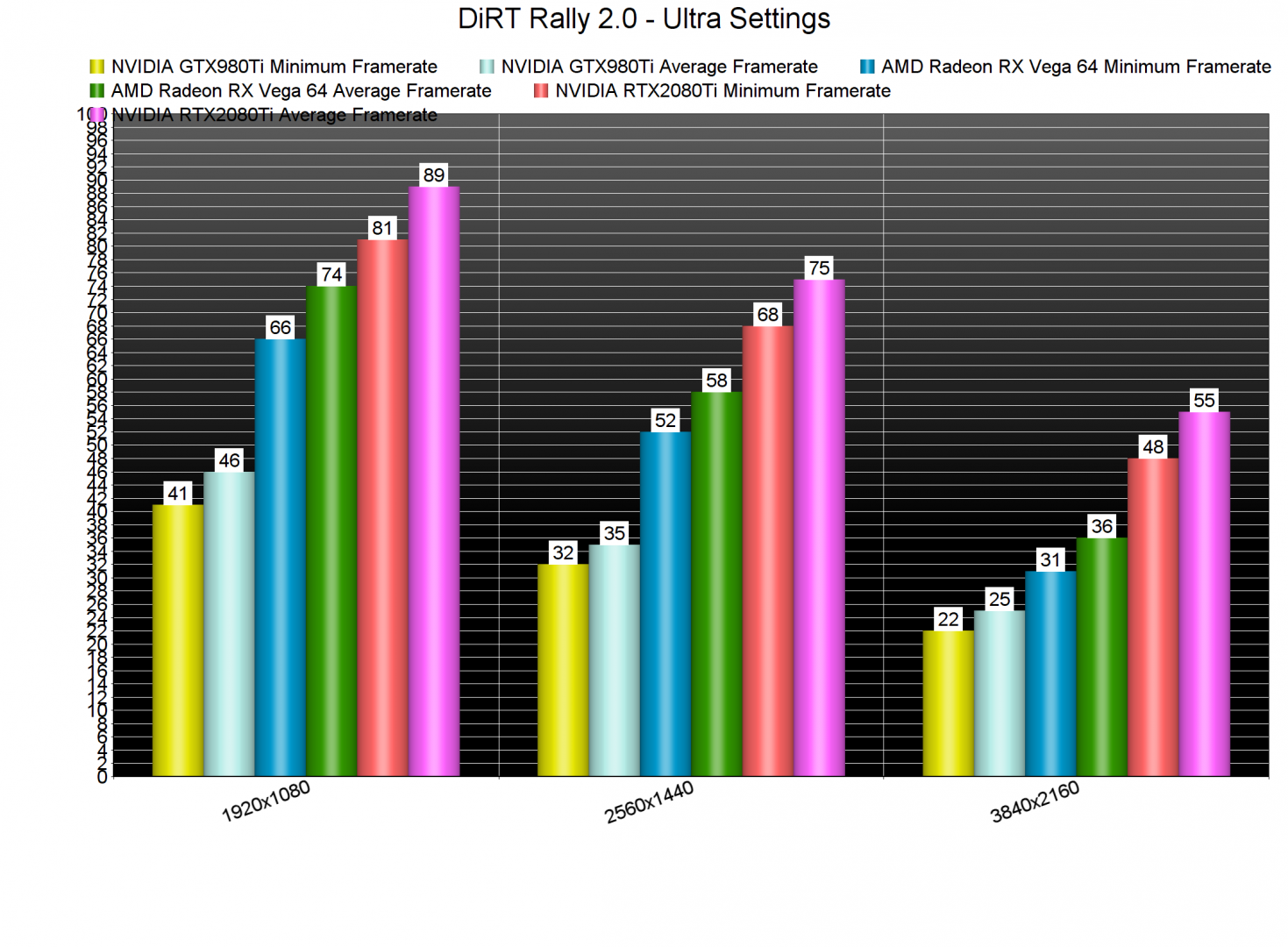 Not only that, but there is a weird issue that occurs on lower resolutions. For example, and as you can see in the following screenshots, performance in the beginning of the Noorinbee Bridge Ascent stage is identical at 1280×720 and 1920×1080, with our NVIDIA GeForce RTX2080Ti being used at 98% in both situations. Furthermore, there is a HUGE performance hit on NVIDIA’s GPUs when Crowd is set on Ultra (AMD’s GPUs do not suffer from this issue).

Thankfully, and due to the huge amount of graphics options that Codemasters has offered, we were able to achieve a 4K/60fps on the NVIDIA GeForce RTX2080Ti by reducing some of the settings. By simply dropping the Crowd setting to Low and disabling Advanced Blending we got a minimum of 55fps and an average of 65fps. Therefore, and even though the game’s Ultra settings are really demanding, DiRT Rally 2.0 is scalable.

Graphics wise, DiRT Rally 2.0 is really beautiful and is good – visually – as all the other triple-A racing games. Codemasters has upgraded the game’s lighting system and that alone makes a huge visual difference. The vehicle damage system has been upgraded and is better than before, and there are some new rain drop effects (when using the cockpit view) similar to those found in Project CARS 2 and DiRT 4.

In conclusion, DiRT Rally 2.0 does not require a high-end CPU but needs a really powerful GPU in order to be played with 60fps on Ultra settings. The game also suffers from an optimization/performance issue when reducing the resolution below 1080p as the performance gains are minimal, even though the GPUs, from both AMD and NVIDIA, were used at 98%. Thankfully, though, the game comes with a huge amount of graphics settings and can be scaled down on less powerful GPUs.