When Deadpool was originally announced, a lot of PC gamers got disappointed. Developed by High Moon Studios, this new super-hero action title was meant to initially hit current-gen consoles only. However, it was later revealed (or should we say leaked) that it would be coming to our beloved platform. Thankfully, Deadpool PC was not delayed – hear that Ubisoft? – and the studio that handled it was no other than Mercenary Technology. So, time now to see how this game performs on the PC.

Deadpool is being built on Epic’s Unreal Engine 3, meaning that it should run pretty good on a variety of PC systems. And we are happy to report that it does run fine (60fps) even on relatively dated PC configurations. As always, we used an overclocked Q9650 (4Ghz) with 4GB RAM, an Nvidia GTX690, Windows 7-64Bit and the latest version of the GeForce drivers. Nvidia has not included any SLI profile for this game but you can easily enable it. All you have to do is head over to Nvidia’s Control Panel, browse Manage 3D Settings, select Program Settings, find Deadpool’s profile (if there isn’t one, create), select Multi-GPU rendering mode and choose ‘Force alternate frame rendering 2’.

As said, Deadpool is not a demanding game at all. Our quad-core was barely used, and we did not notice any slow-downs when we simulated a dual-core system. Not that there is anything to stress the CPU, as the game lacks destructible environments, object interactivity and complex AI for enemies. To put it simple; when it comes to its tech section or to what it’s offering on-screen, Deadpool is as old-gen as it can possibly get. 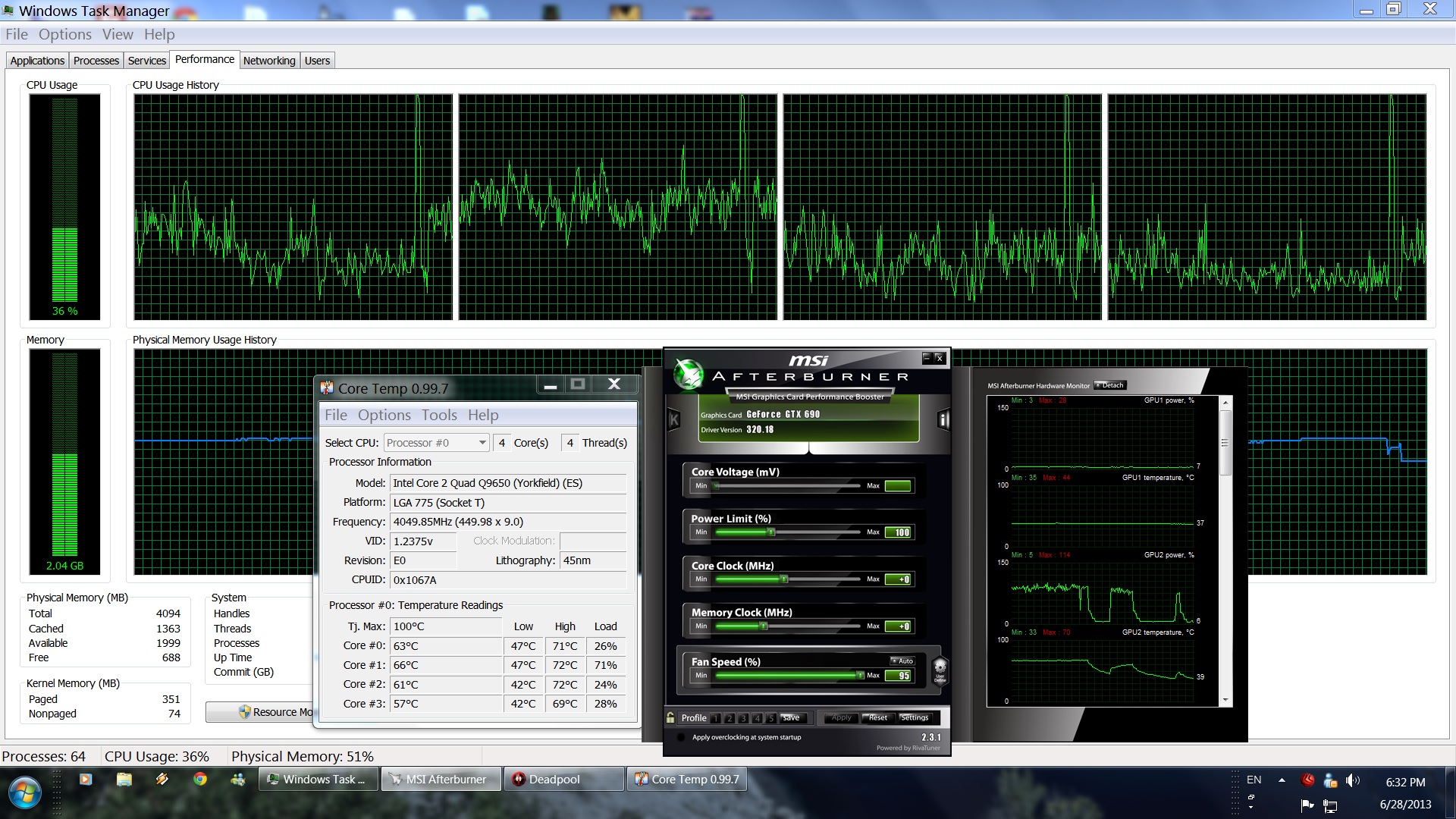 Regarding its GPU requirements, a GTX680 is more than enough for gaming with max settings and at 1440p. When we used the nowadays ‘common’ 1080p resolution, we noticed a 50% GPU usage, meaning that Deadpool will not stress even middle-end graphics cards. In order to enjoy this title at a 4K resolution, though, we had to resort to an SLI solution (in other words, use both GPU cores of our GTX690). A GTX690 – or a GTX680 SLI system – can easily handle Deadpool with max settings and at 3840×2160. Therefore, we strongly suggest downsampling the sh*t out of it if you have the appropriate hardware (there is no option for AA though we don’t know whether it is enabled by default via the available presets or not).

Graphics wise, Deadpool looks average at best. The game is packed with a lot of low-resolution textures, and the level design is not up to what we’d expect from High Moon Studios – especially after enjoying Transformers: Fall of Cybertron. Deadpool feels graphically poor with washed out, de-saturated and blurry visuals. We are pretty sure that we can make it look good with SweetFX, however the vanilla version is a bit disappointing. Explosions are as simplistic as they can get, the shaders that have been used to the characters cannot come close to those of other triple-A titles, particle effects are poor, and everything seems so… average. 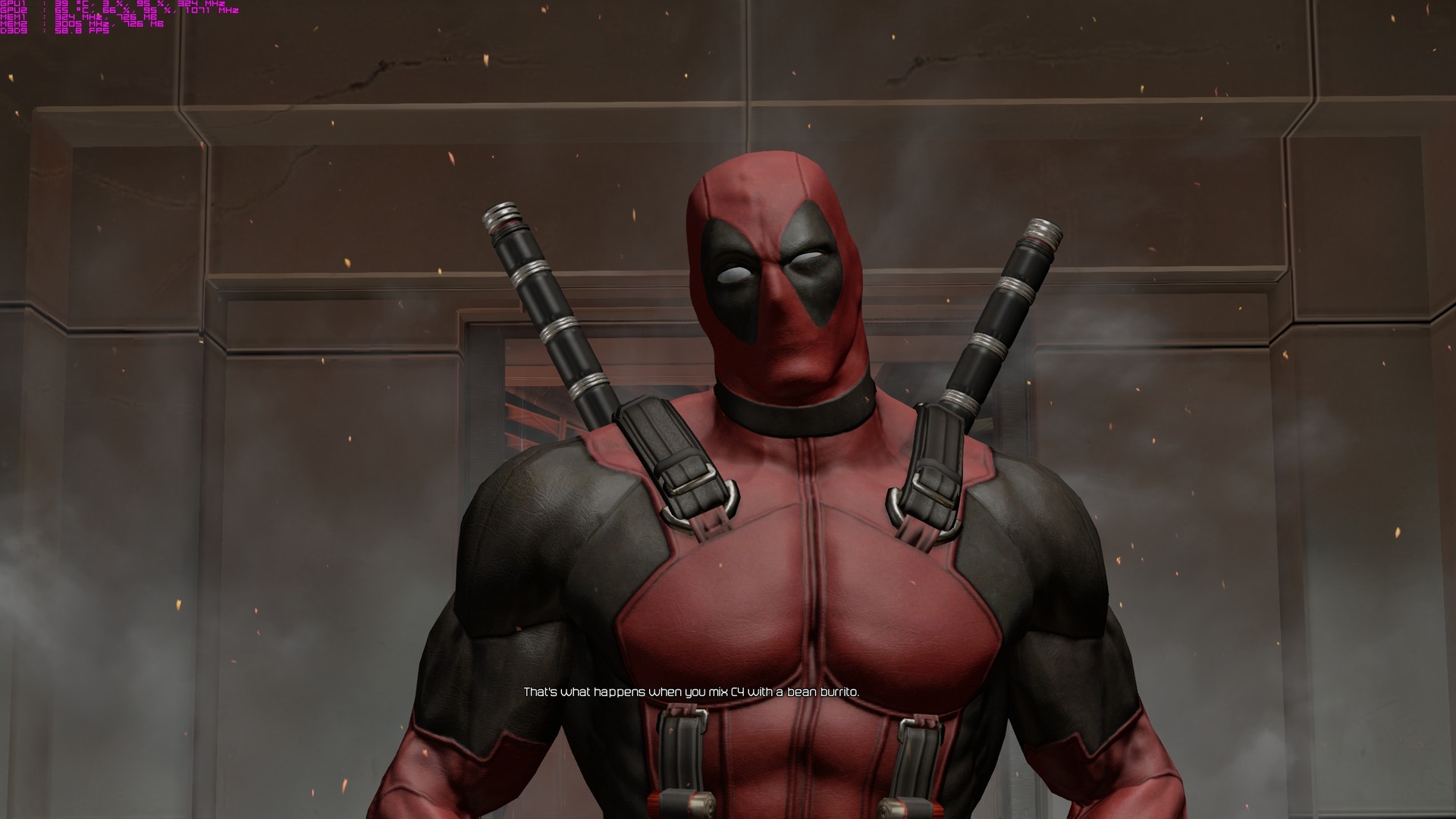 Controls wise, Deadpool is suited for gamepads. The game is playable with keyboard+mouse, however the combat and jumping mechanics feel a bit awkward. Moreover, the default keyboard layout is not ideal and players will have to change the keys (otherwise they must have ninja skills to hit ‘U’ while moving their characters via WASD). Thankfully, there are proper on-screen keyboard indications (even when you change keys), so take that Dark Souls.

All in all, Deadpool is not a demanding game at all. However, High Moon Studios did not put a lot of effort on its tech/visuals area. As a game, Deadpool is highly enjoyable. Yes, the combo system is not complex and the AI of the enemies is not challenging, however the development studio has managed to perfectly capture the character of Deadpool. And that is perhaps the biggest feature of this game. Deadpool is a fun game with mindless action, features some great easter eggs, and may offend some people. And to be honest, we wouldn’t have it any other way. Still, the game’s visuals are underwhelming and do not offer anything noteworthy or anything special to write about. Which makes us wish for a truly next-gen version of it. Well, let’s hope that it will at least break even and get a sequel on next-gen platforms. 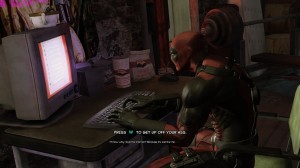 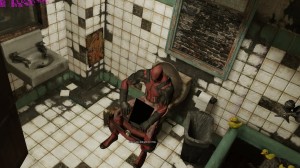 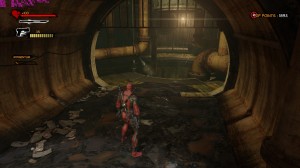 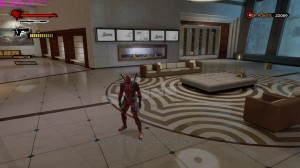 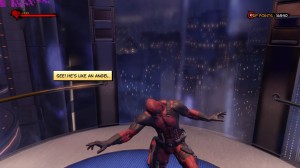 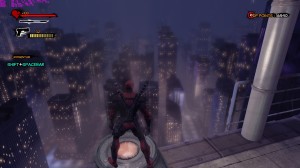 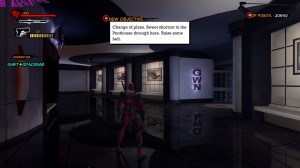 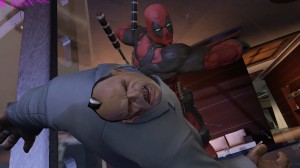 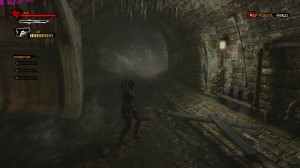 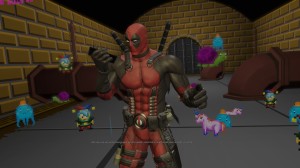 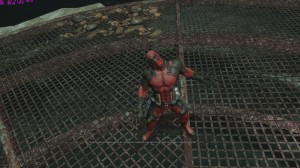