Days Gone is the next Playstation-exclusive game that has been released on the PC. Powered by Unreal Engine 4, it’s time to benchmark it and see how it performs on the PC platform. 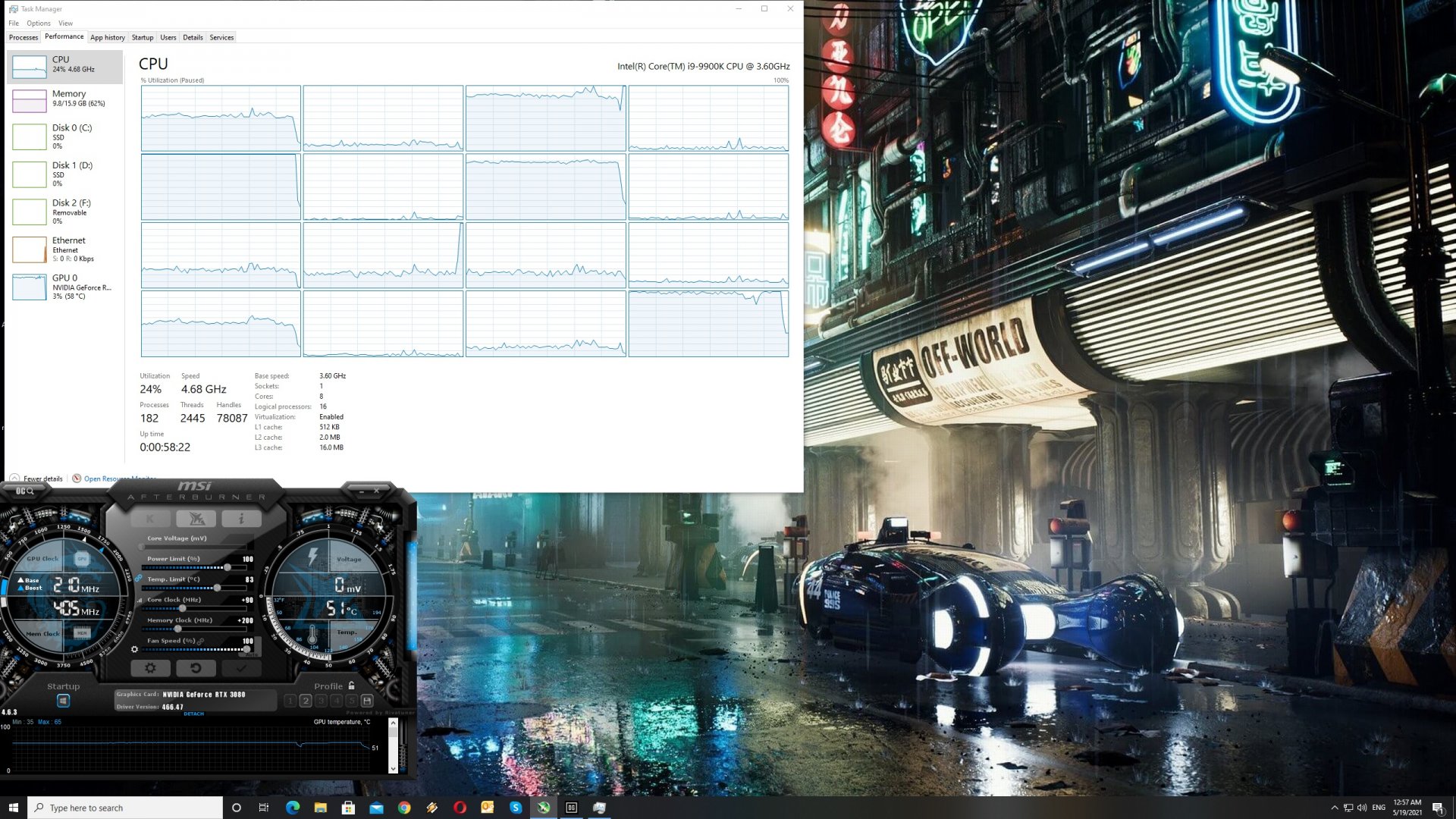 In order to find out how the game scales on multiple CPU threads, we simulated a dual-core, a quad-core and a hexa-core CPU. And, we are happy to report, that the game does not require a high-end CPU. With Hyper-Threading, our simulated dual-core system had no trouble running the game with more than 90fps at all times at 1080p/Max Settings. From the looks of it, the game mainly uses 4-6 CPU threads. Thus, and as we had expected, there aren’t any performance differences between our octa-core and our simulated hexa-core CPUs. 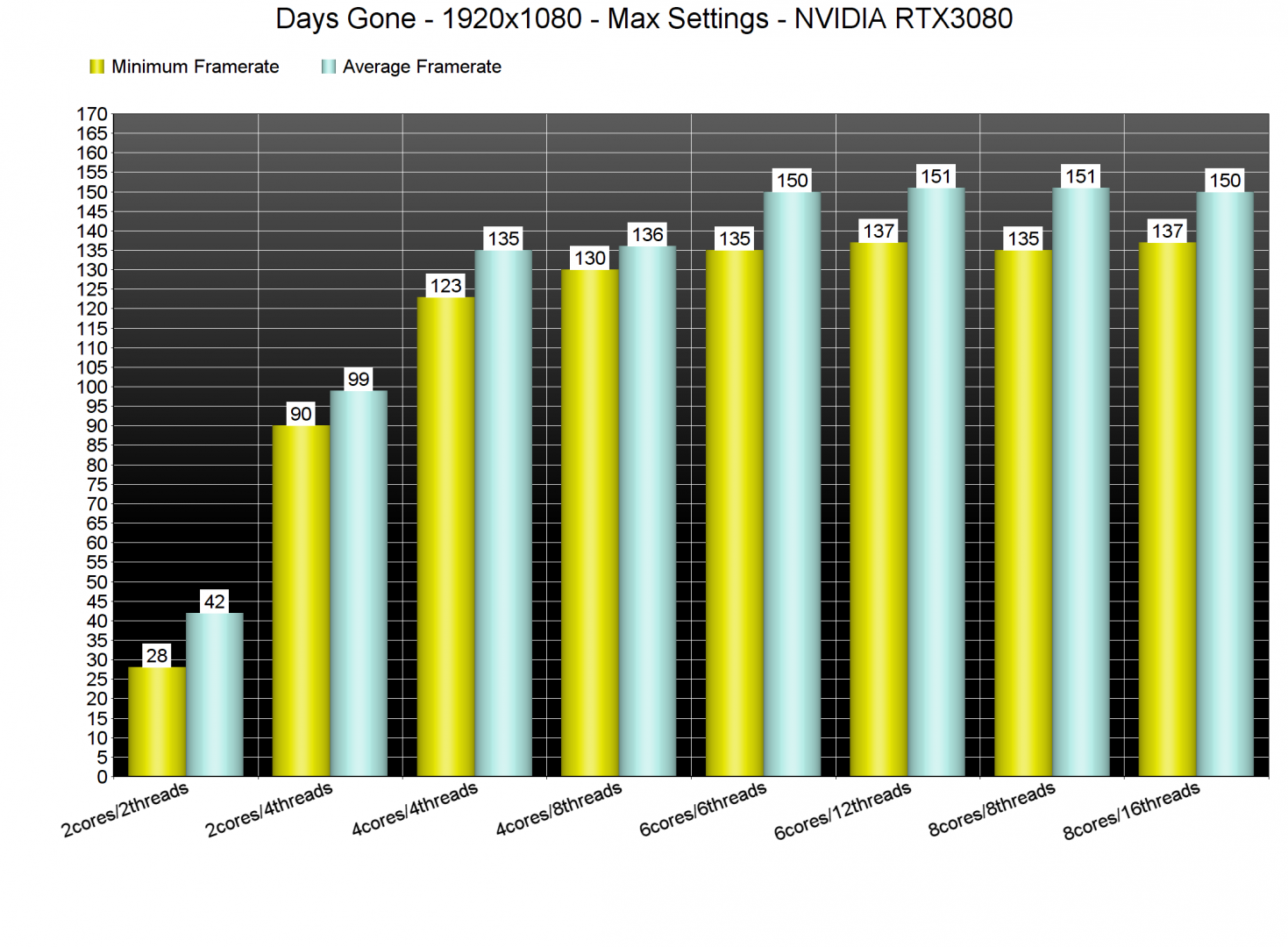 On the other hand, Days Gone requires a high-end GPU for gaming on Max Settings. At 1080p/Max Settings, our NVIDIA GTX980Ti was unable to offer a constant 60fps experience. As such, owners of weaker CPUs will have to lower some settings in order to improve performance. The two settings that you should focus on lowering are Lighting Quality and “Cloud and Fog” Quality. 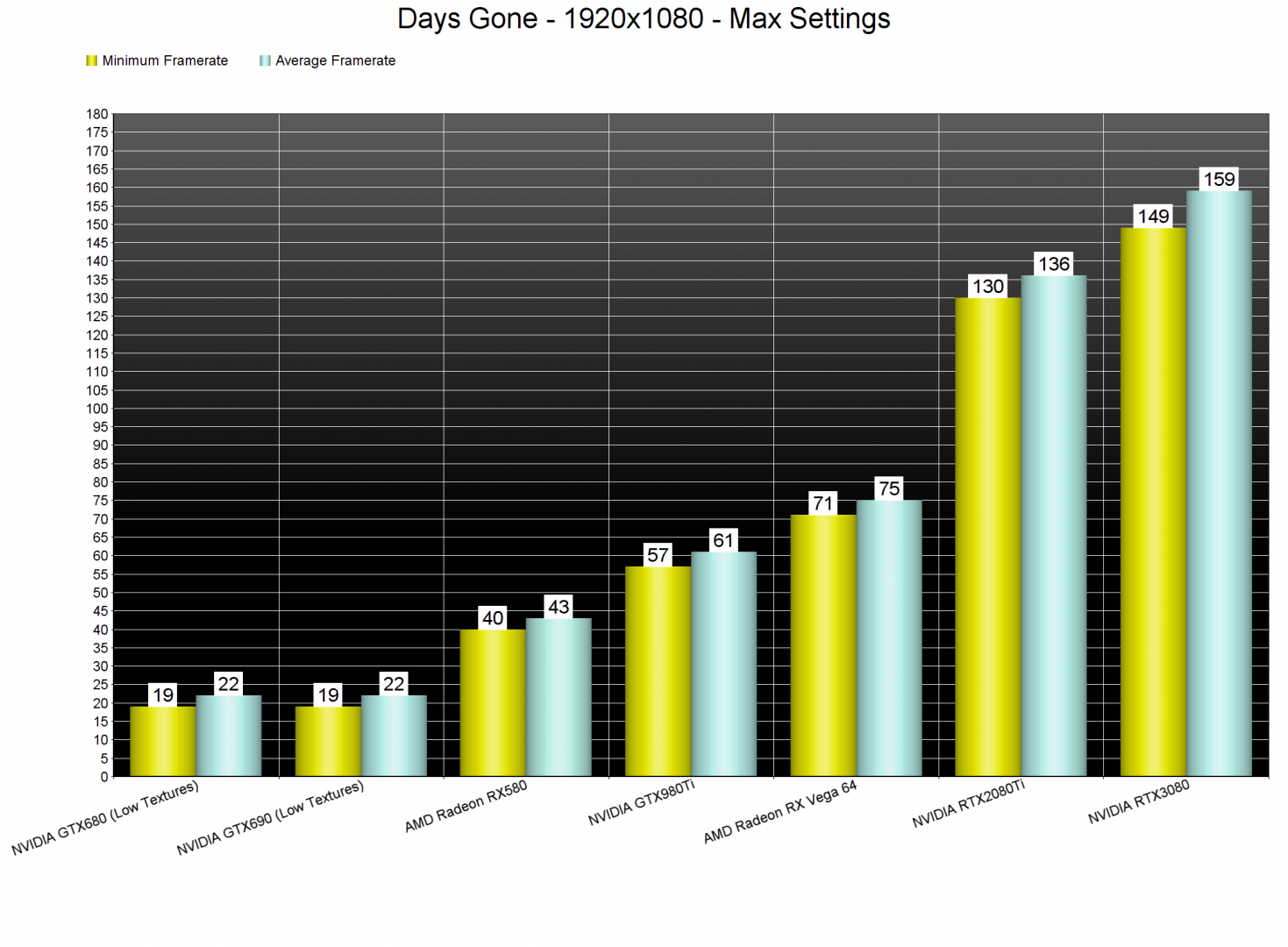 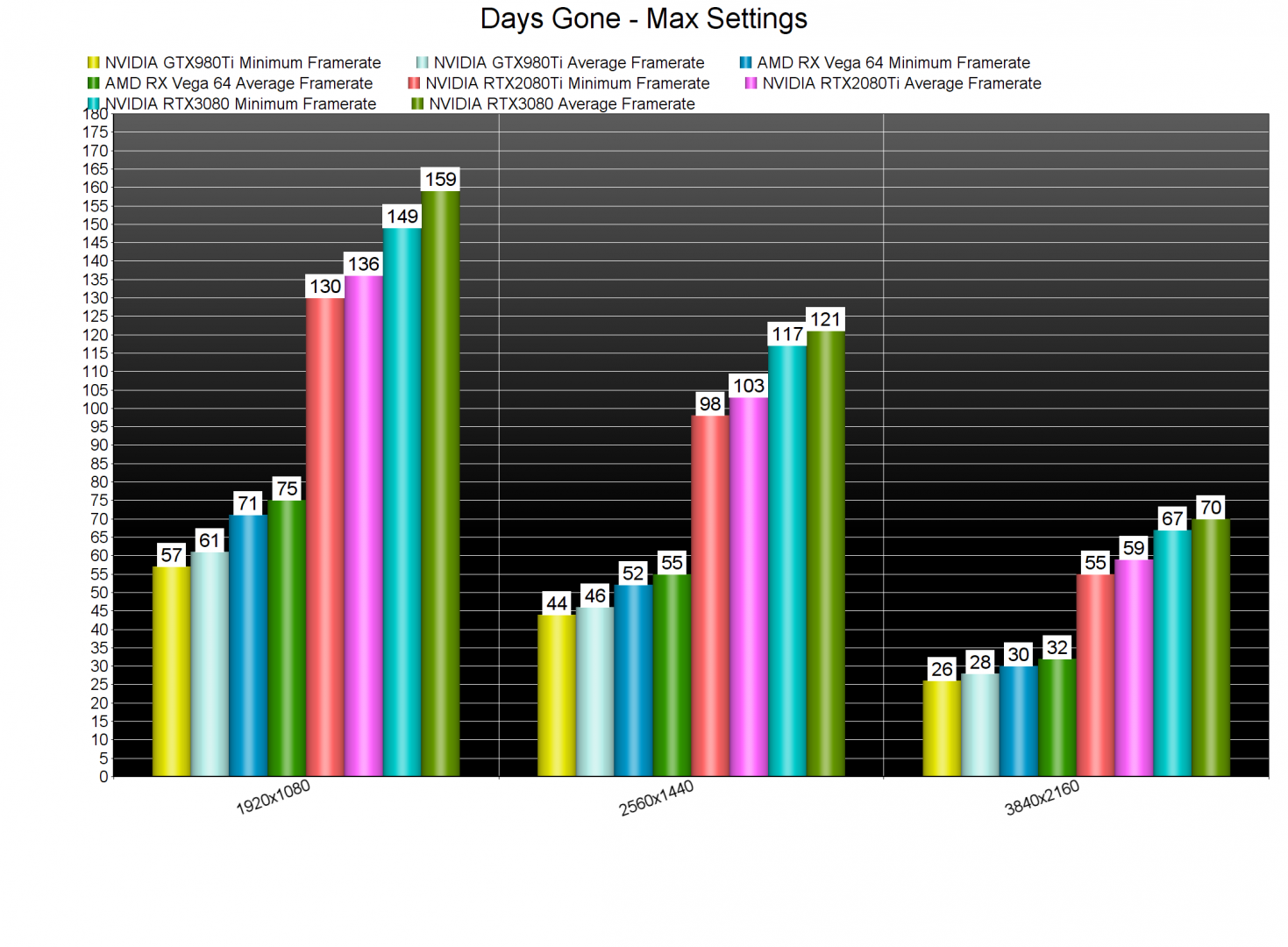 Graphics-wise, Days Gone looks great. Its environments in particular are among the best we’ve seen. The game also comes with some amazing weather effects. Not only that, but Bend Studio has improved the quality of all textures, and used higher quality effects on PC (like SSGI). Unfortunately, though, the character models are not as impressive as the environments. While they look good, they are nowhere close to what Kojima Productions and Capcom achieved with Death Stranding and Resident Evil Village, respectively. Don’t get me wrong, they don’t look horrible. However, they are not as impressive as what we’ve seen lately on PC. This is to be expected of course as Days Gone originally came out on PS4.

Before closing, I should also mention some PC issues that we’ve encountered. The game suffers from some deadzone issues when using the mouse and keyboard. Thankfully, you can somehow improve things by raising the in-game mouse sensitivity. The game does not offer 1-to-1 raw mouse input. Still, it’s not as awful as what we’ve seen in other console ports. So yeah, while we don’t have raw mouse input, the mouse is at least pretty responsive.

Additionally, the game suffers from some “speed” issues when riding your bike. You can easily notice these issues when the framerate drops below 60fps. At high framerates, this “speed” issue is not that noticeable. Thus, we strongly suggest playing the game with more than 70fps (at least until Bend Studio fixes this issue).