Back in 2017, we reported about Crash Bandicoot N Sane Trilogy coming to the PC with support for 4K resolutions and 60fps. And… well… here we are today with Crash Bandicoot finally making its debut on the PC platform. The game has just been released on our platform so it’s time to benchmark it and see how it performs. 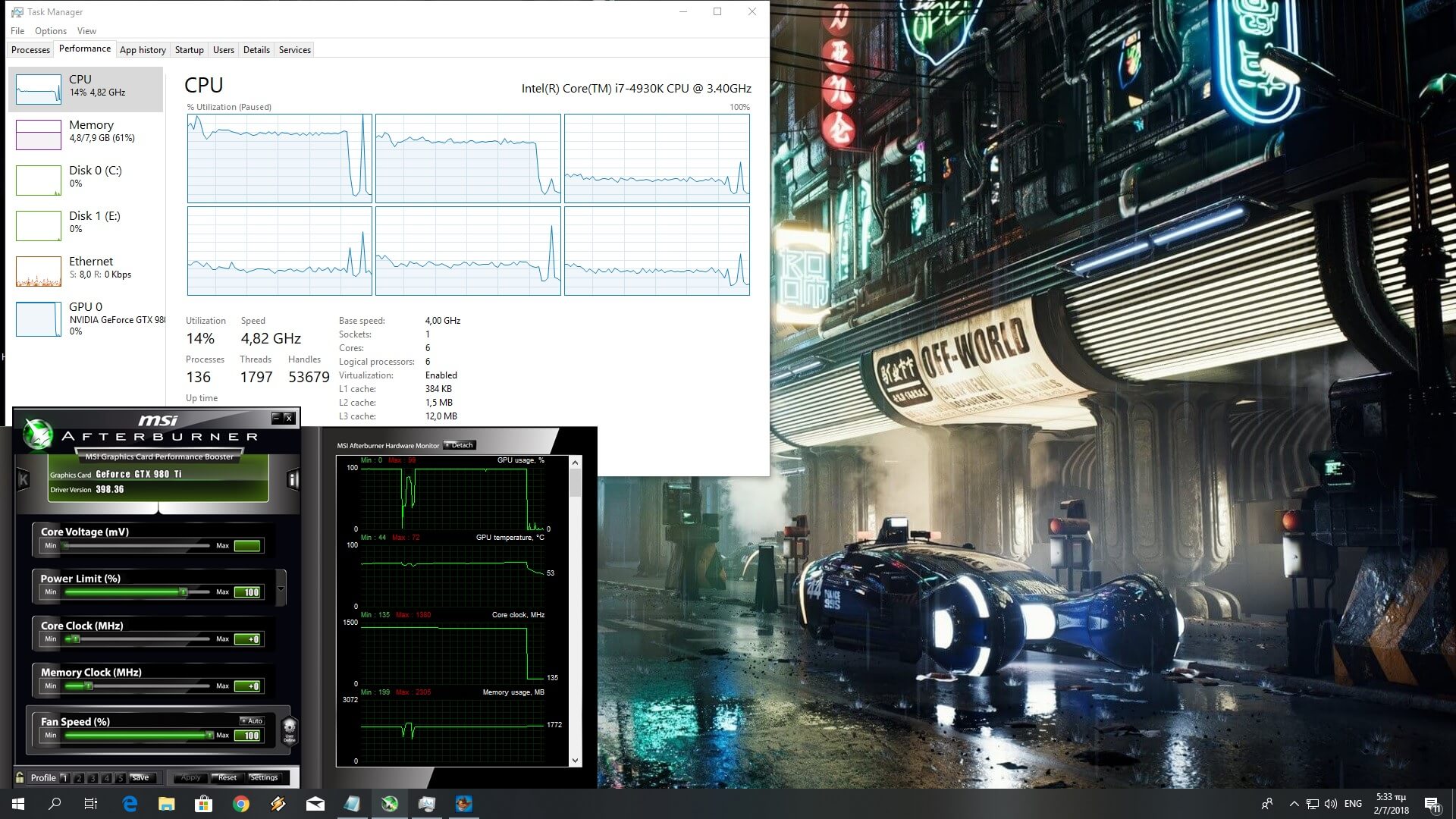 Iron Galaxy and Vicarious Visions have added a few graphics settings to tweak. PC gamers can adjust the quality of shadows and anti-aliasing, can choose between 30fps or 60fps, and can enable or disable ambient occlusion, blood, depth of field and fur blur. What’s also cool is that the teams have added small descriptions about its option that pops up at the top of the screen. 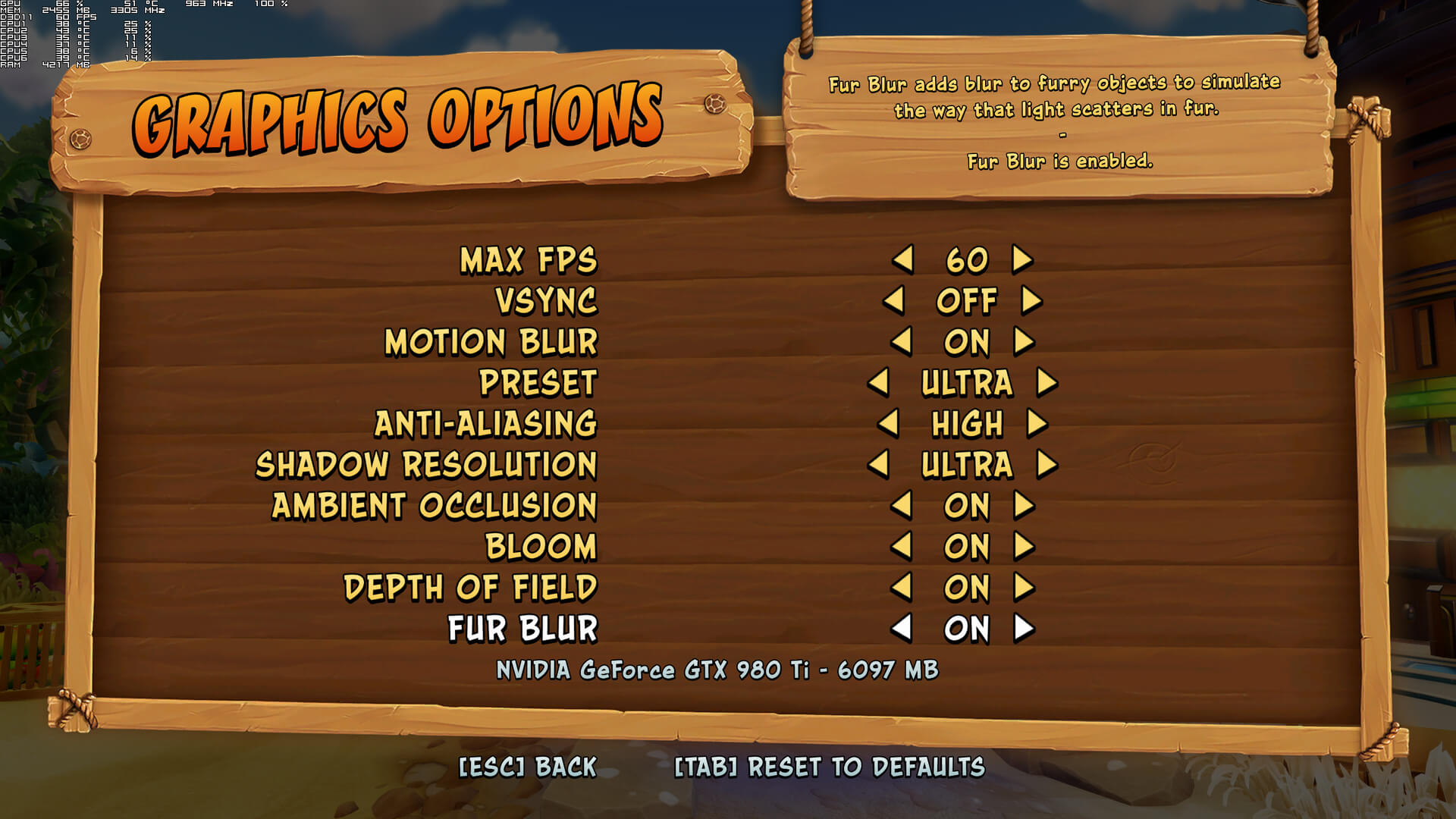 In order to find out how the game performs on a variety of CPUs, we simulated a dual-core and a quad-core CPU. And we are happy to report that even a modern-day dual-core CPU can run the game with more than 100fps. Crash Bandicoot N. Sane Trilogy mainly uses two CPU cores/threads and as such, there aren’t any performance differences at all between quad-cores and six-cores. 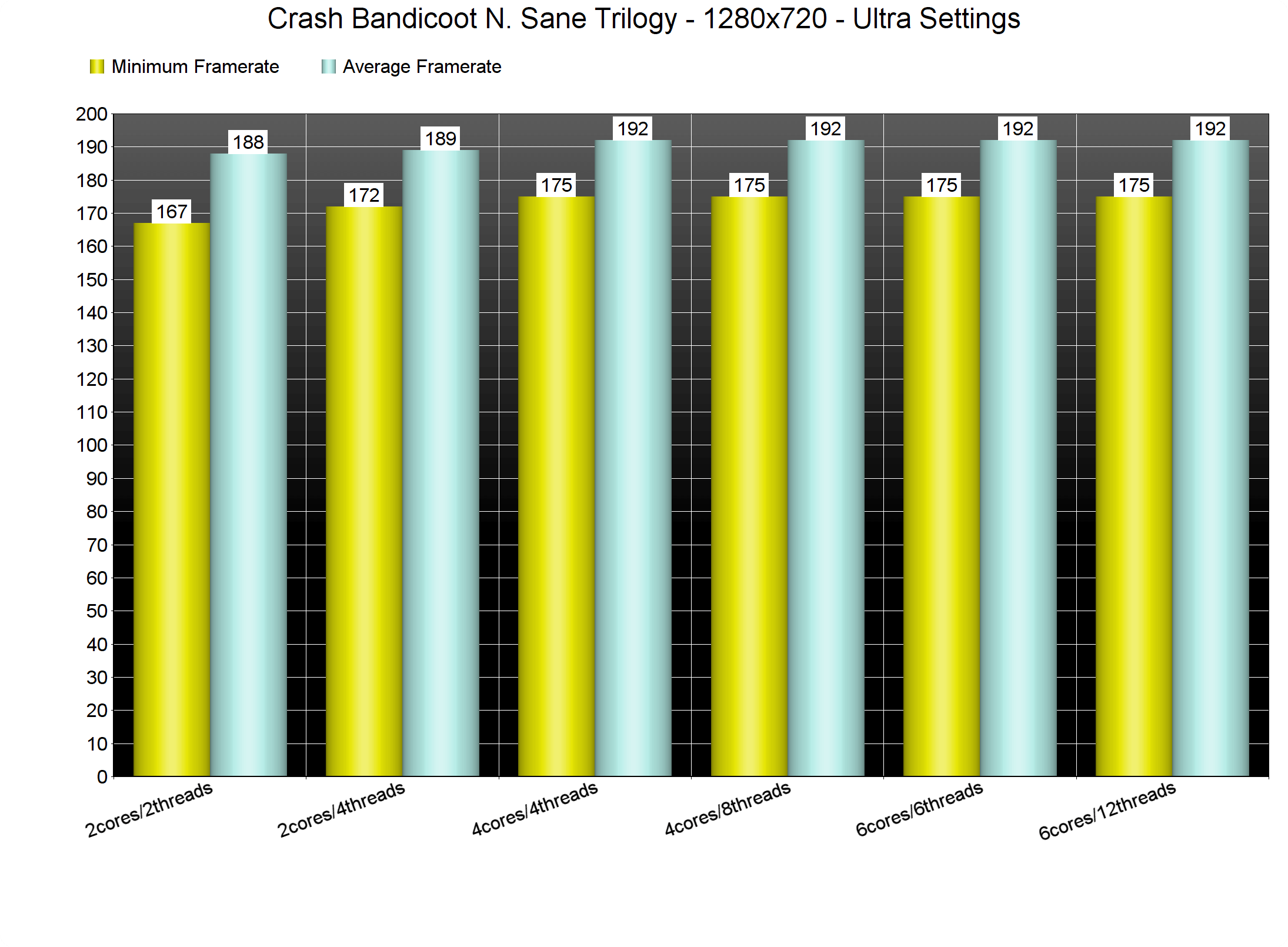 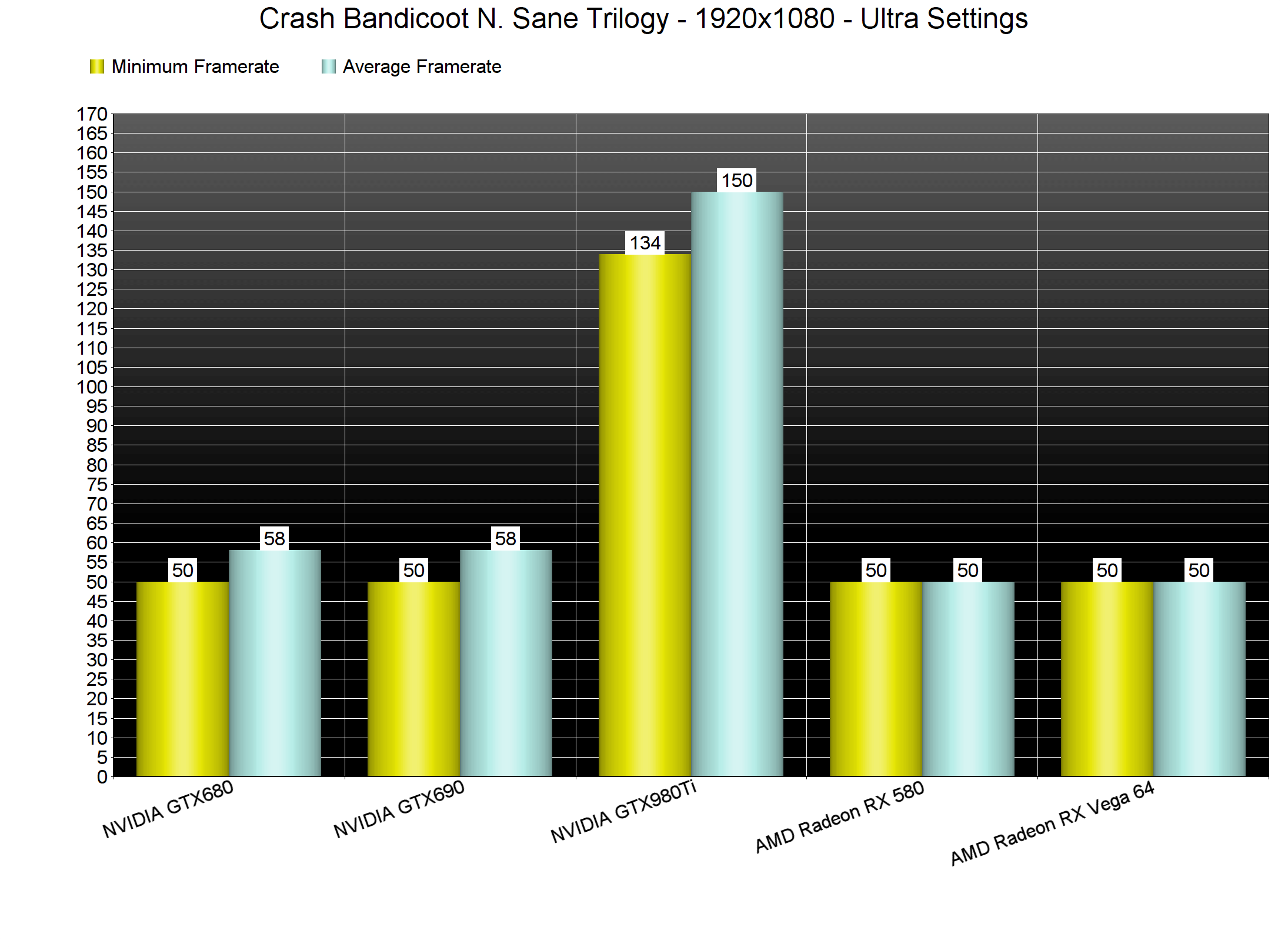 In case you’re wondering, and as we’ve already stated, there is a way to unlock the game’s framerate. However, this appears to be working only on NVIDIA’s GPUs. On AMD’s GPUs we were stuck at 50fps, no matter what. We don’t know what is going on here, but we were unable to achieve a locked 60fps on both the AMD Radeon RX580 and the AMD Radeon RX Vega 64. And yes, we’ve tried everything; from running the game in different display modes to disabling VSync from AMD’s Control Panel and even setting the Framerate limiter to 60fps. Nothing worked. 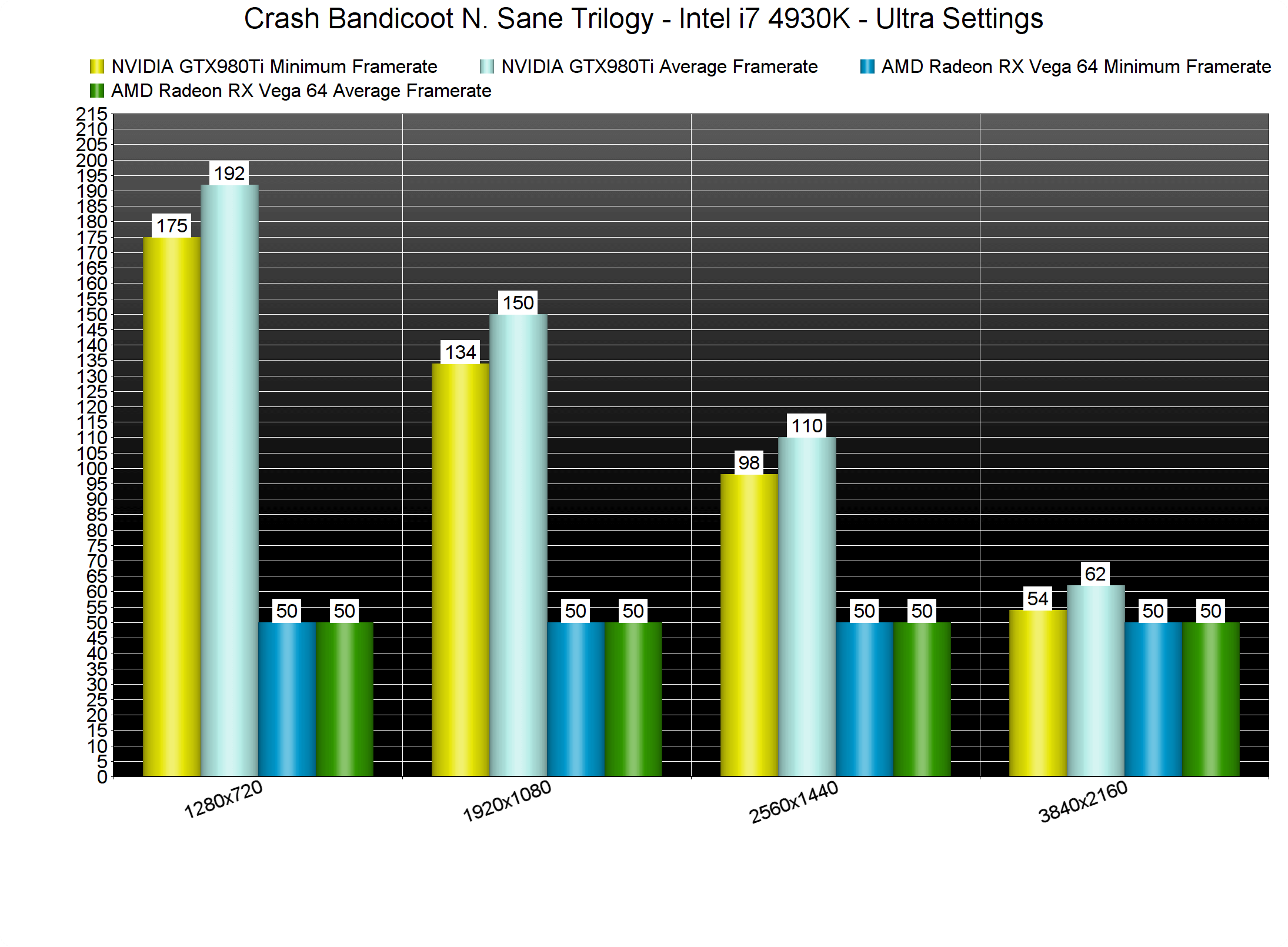 Graphics wise, Crash Bandicoot N. Sane Trilogy looks great. This can be easily described as a perfect remake of the classic Crash Bandicoot games for modern systems. The game perfectly retains the aesthetics of the original Playstation games, something that will please a lot of fans. All textures and characters have been upgraded and Crash looks great with that cool Fur effect.

All in all, Crash Bandicoot N. Sane Trilogy performs incredibly well on the PC platform… well at least if you have an NVIDIA graphics card. AMD, on the other hand, will have to work with Iron Galaxy in order to resolve the game’s awkward 50fps lock. Still, the game does not require a high-end CPU or GPU in order to be enjoyed at smoother framerates than those found on consoles (all console versions are locked at 30fps). Iron Galaxy went one step further and included proper keyboard and mouse controls. We know that most gamers will use a controller, however this is a nice little touch.