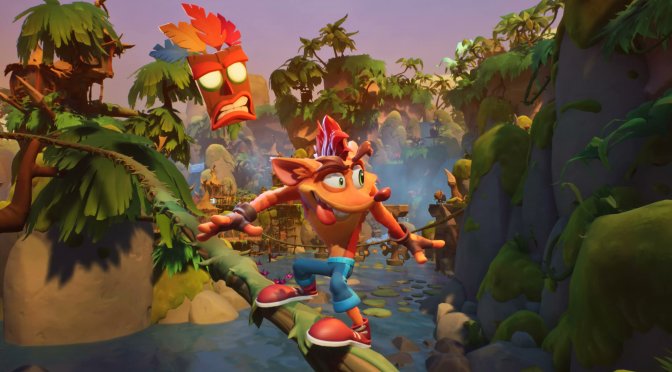 Activision has just released Crash Bandicoot 4: It’s About Time on the PC. Powered by Unreal Engine 4, it’s time to benchmark this new game and see how it performs on the PC platform. 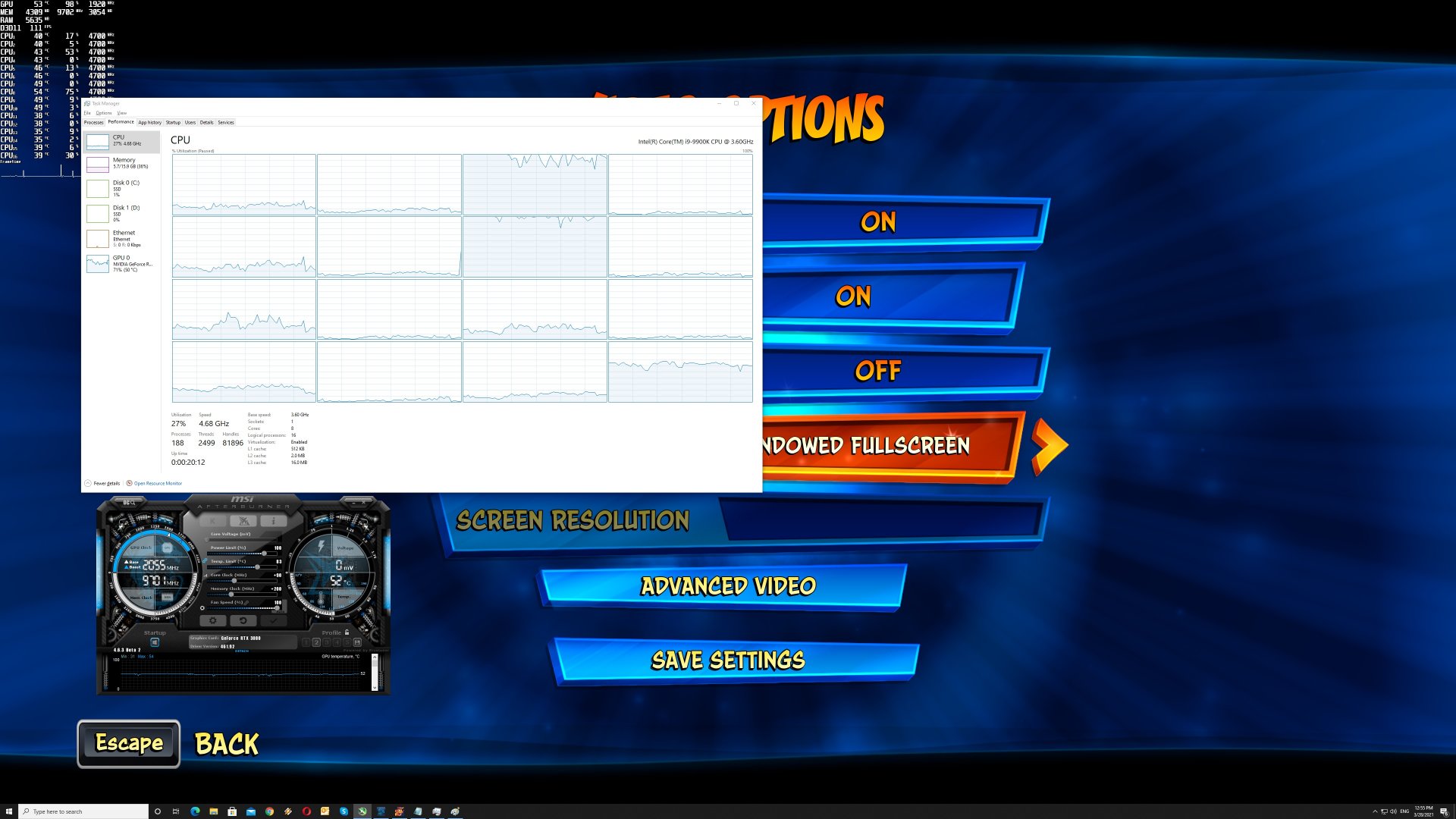 Beenox and Hardsuit Labs have implemented a few graphics options. PC gamers can adjust the quality of Post-Process, Shadows, Textures, Effects and Anti-Aliasing. The game also comes with a real-time benchmark tool which is what we used in order to benchmark it.

In order to find out how the game scales on multiple CPU threads, we simulated a dual-core, a quad-core and a hexa-core CPU. And, we are happy to report that this game does not require a high-end CPU. After all, even our simulated dual-core system was able to offer more than 100fps at 1080p/Max settings. That’s obviously with Hyper-Threading enabled. Without it, our simulated dual-core system was unable to run properly the game due to severe stutters. 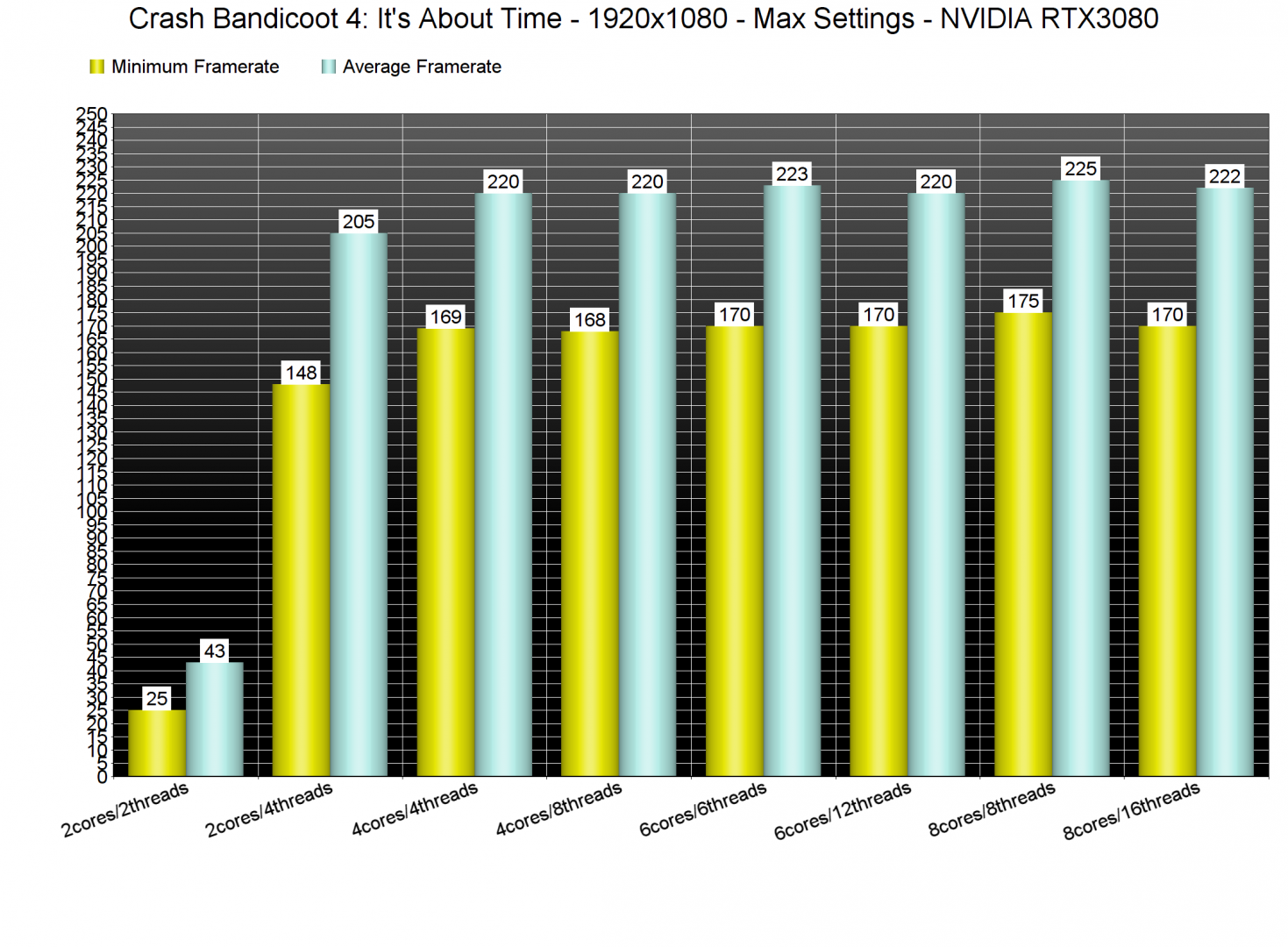 Crash Bandicoot 4: It’s About Time does not also require a high-end GPU. At 1080p/Max Settings, most of our graphics cards were able to provide a smooth gaming experience. For instance, the AMD Radeon RX580 can run the game with a minimum of 79fps and an average of 85fps. Do note that this is a DX11 Unreal Engine 4 game that mainly uses two CPU cores/threads. Thus, it does not surprise us that the GTX980Ti almost matches the performance of the AMD Radeon RX Vega 64. 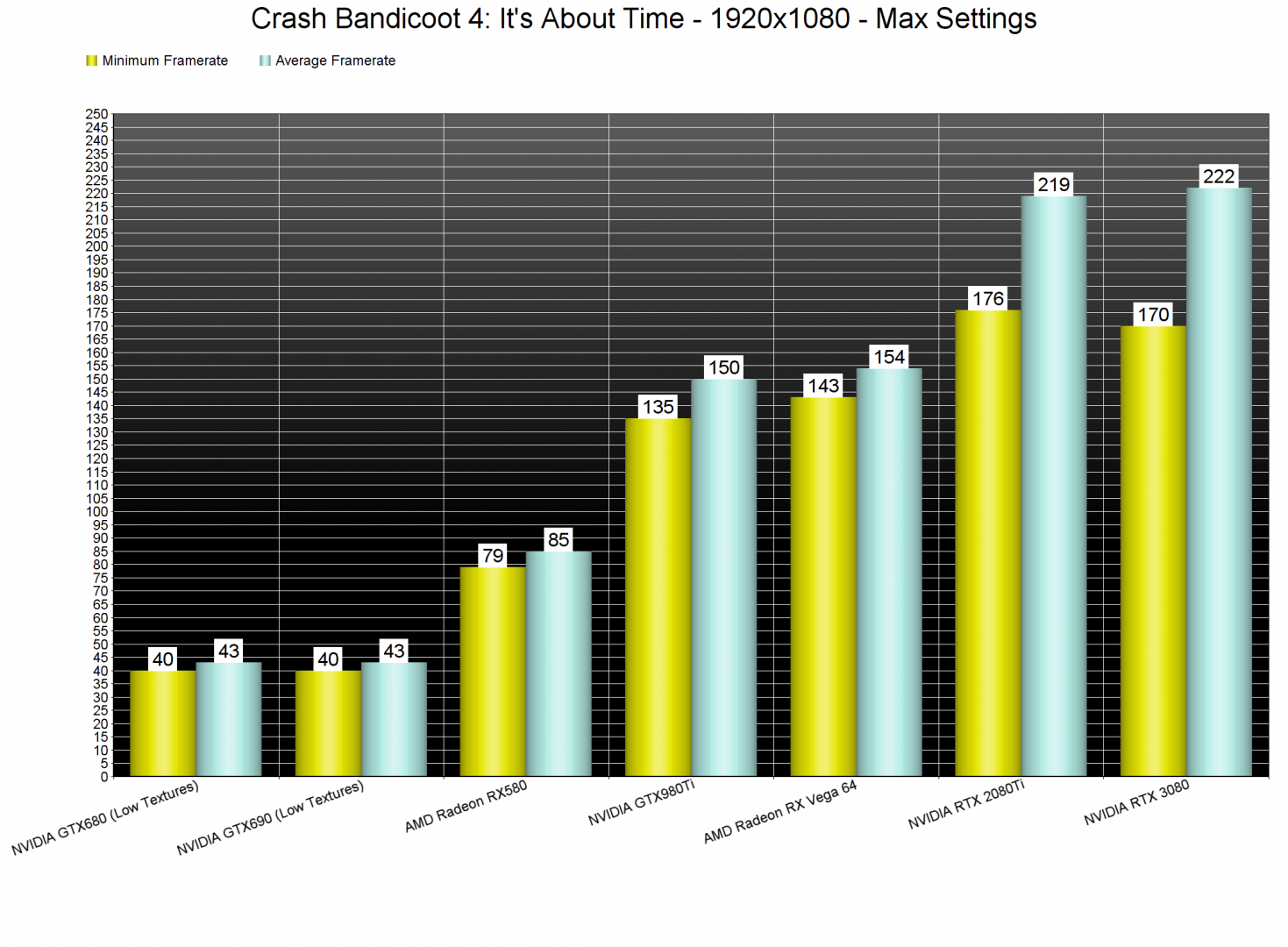 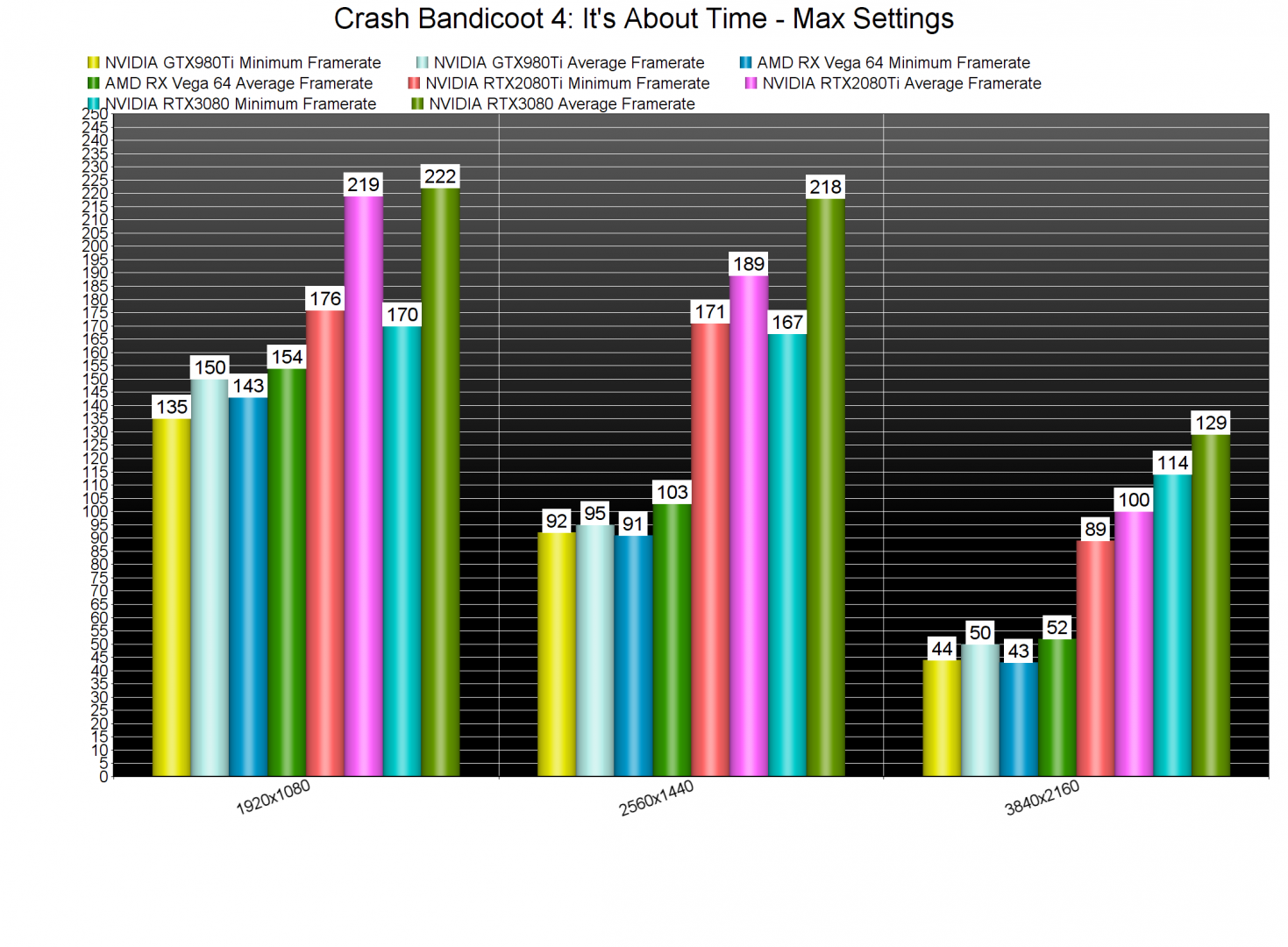 Graphics-wise, Crash Bandicoot 4: It’s About Time looks great. While the game features linear and (somehow small) levels, it definitely is pleasing to the eye. The game comes with high-resolution textures, and retains the art style of the original Crash Bandicoot games. If there is one thing to complain about, that’s the 30fps animations of the torch flames. This is most likely an optimization that was “carried over” from the console versions. Apart from that, though, Crash Bandicoot 4 looks lovely.

All in all, Crash Bandicoot 4: It’s About Time performs incredibly well on the PC platform. The game does not require a high-end PC system, displays proper keyboard on-screen prompts, works wonderfully with the keyboard, and looks great. For what it’s worth, we did not experience any crashes or stability issues, even with Activision’s servers. And yes, the only downside with this game is its always-online DRM. Activision has not announced any plans to remove it, though we’ll be sure to keep you posted!