Bioshock: Infinite has been released and it’s time to see how Irrational Games’ title performs on the PC platform. Bioshock: Infinite is the third part in the Bioshock franchise and this time around, Irrational Games did not repeat its earlier mistakes and decided to take advantage of the PC hardware. This means that the PC version comes with higher resolution textures than its console counterparts, as well as with some exclusive DX11 features. Bioshock: Infinite is a DX10/DX11 only title, and Irrational has also implemented an in-game FOV slider, so kudos to the company for at least listening to the PC crowd.

As always, we used an overclocked Q9650 (4.2Ghz) with an Nvidia GTX690, 4GB RAM, Windows 7-64Bit and the latest version of the GeForce ForceWare drivers. We strongly suggest installing the latest WHQL version of the GeForce drivers as Nvidia claims that there is a significant boost with them. The green team has already implemented an SLI profile that works great, though there is still room for improvements. During our playthrough, we noticed various scenes that ran with 80% GPU usage. This obviously means two things: 1) SLI is not utilized ideally in those scenes or 2) that we’re CPU limited. Therefore, we decided to simulate a dual-core system. Unfortunately – or fortunately, depends on your point of view – there wasn’t any performance hit when we moved to the dual-core system, suggesting that Nvidia may be able to offer an additional performance boost with further tweaking. 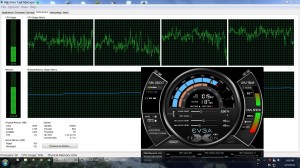 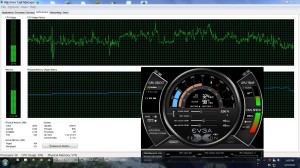 Bioshock: Infinite is powered by the Unreal Engine 3 and contrary to other titles, there is a noticeable difference between a dual-core and a quad-core. In most scenes – that we were not ‘limited’ by the lower than expected SLI scaling – there was a 15-19fps difference. The game scaled well on all four cores, and our Q9650 was used at around 60-75%. However, we are not recommending a quad-core for Bioshock: Infinite as it runs with constant 60fps even on a dual-core system.

As said, Irrational has implemented a lot of DX11 features and as a result of that, this title will stress your GPUs. Make no mistake everyone, a Q9650 (at higher clocks) is powerful enough and will not limit a GTX 690 or a Titan card. As you can see and in the screenshots that accompany this analysis, our GTX690 was used –most of the times – to its fullest (vsync was disabled in order to see whether we had a GPU or a CPU bound title on our hands). Bioshock: Infinite ran with an average framerate of 90-100fps, while its minimum reported value was around 70s. We’ve also tested the game in Single GPU mode and we are happy to report that a GTX680 will offer you a constant 60fps gaming experience at 1080p, and with every graphical option maxed out (and with alternate post-processing).

Everything sounds wonderful, right? Well, there are some nitpicks about Irrational’s title. First of all – and as we’ve already reported – there is an annoying auto-aim assist when you’re using your weapon’s iron-sights mode. This bug is present even if you’ve never connected a gamepad to your PC, and there is only one specific workaround (described here). In addition, a lot of the game’s textures look awful. We’re really surprised by this, but as you can clearly see, some textures are as low-res as they can possibly get. Not only that, but there is a serious shadowing issue when players set shadows on Ultra or Very High. In case you’re not aware of, Bioshock: Infinite uses Contract Hardening as a way to smooth out its shadows. However, its implementation seems a bit hasty and buggy, and that’s precisely why dynamic shadows look bad on Very High and Ultra settings. 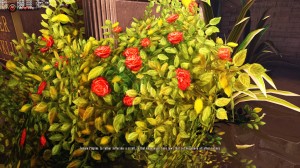 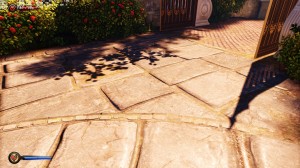 We are also certain that most of you are already aware of the stuttering issues that plague this title. A lot of gamers suggested a number of solutions, however most of them are not working. A number of players reported better framerates by altering the pool size value for the game’s textures (this setting is spotted inside the XEngine.ini file). However, the file needs to be set as a Read-Only, otherwise that value will be reset next time you tweak your graphical options. We believe that those supposedly gains were a placebo effect, as we did not witness any improvement when we altered that setting. Others claimed that they were not encountering any stuttering side-effects when they set the ‘bUseTextureStreaming’ value to False. We strongly recommend avoiding this tweak though as the game’s visuals will be corrupted. When we tried this solution, a lot of objects were not being rendered at all. In all truthfulness, there isn’t any fix for Bioshock: Infinite’s stuttering issue at the moment.

Graphics wise, Bioshock: Infinite looks beautiful. Yes, as we’ve said there are a lot of low-resolution textures and the shadowing system is bugged on Very High and Ultra settings, but those are nitpicks as we were astounded with what Irrational has managed to achieve. The game sports some amazingly detailed environments, and the lighting system looks phenomenal. Contrary to other games, Columbia feels alive and its transformation from a peaceful city to a bloody battlefield is astonishing. Most dynamic light sources cast shadows, and ambient occlusion is effectively used to give more depth to the scenes. What also impressed us was the game’s atmosphere. This is by far one of the most atmospheric games, and we were glad to see a new triple-A title with all those colors. In fact, Bioshock: Infinite feels like a fairytale; a colorful fairytale that can easily turn into a dark nightmare. 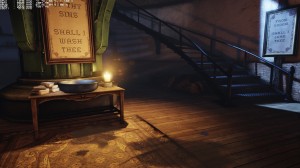 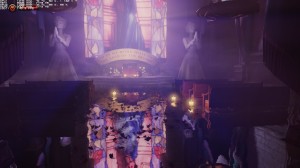 All in all, Bioshock: Infinite performs great on the PC. Irrational Games offered a great PC version, though there are some issues that need to be polished. The stuttering effect is the most annoying one, and we seriously hope that the company will release a patch to smooth things out. Bioshock: Infinite runs great on PC configurations with relatively old CPUs, though it needs a powerful GPU to shine (a GTX680 is able to offer you the holy grail of constant 60fps at 1080p). And even though – from a technical point of view – Irrational’s title is not as advanced as Crysis 3, its art direction is above anything we’ve seen so far. Yes, that’s the word we’d be focusing on. Art. Let us close this analysis with this then; Bioshock: Infinite is simply a piece of art. 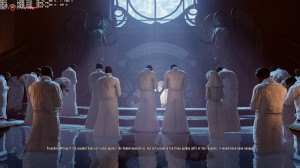 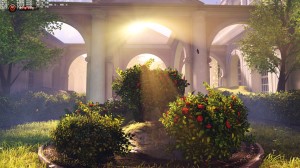 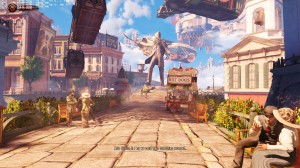 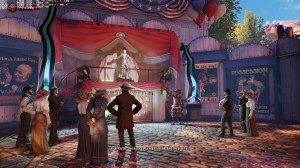 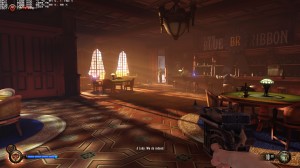 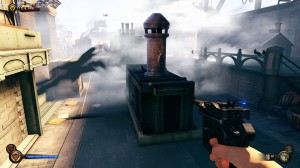 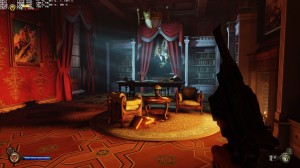 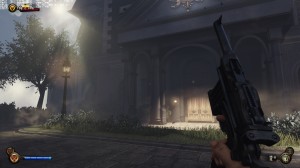 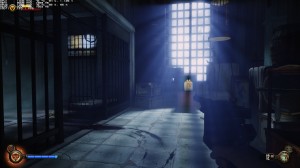 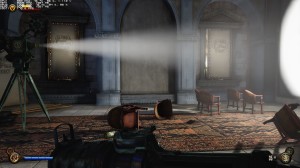 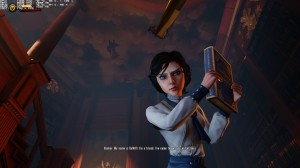 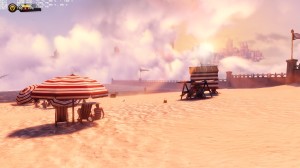 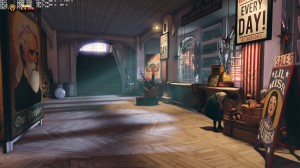 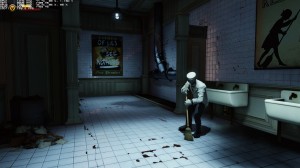 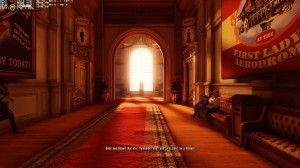