Biomutant is an open-world, post-apocalyptic Kung-Fu fable RPG that is now available on the PC. Powered by Unreal Engine 4, it’s time to benchmark it and see how it performs on the PC platform. 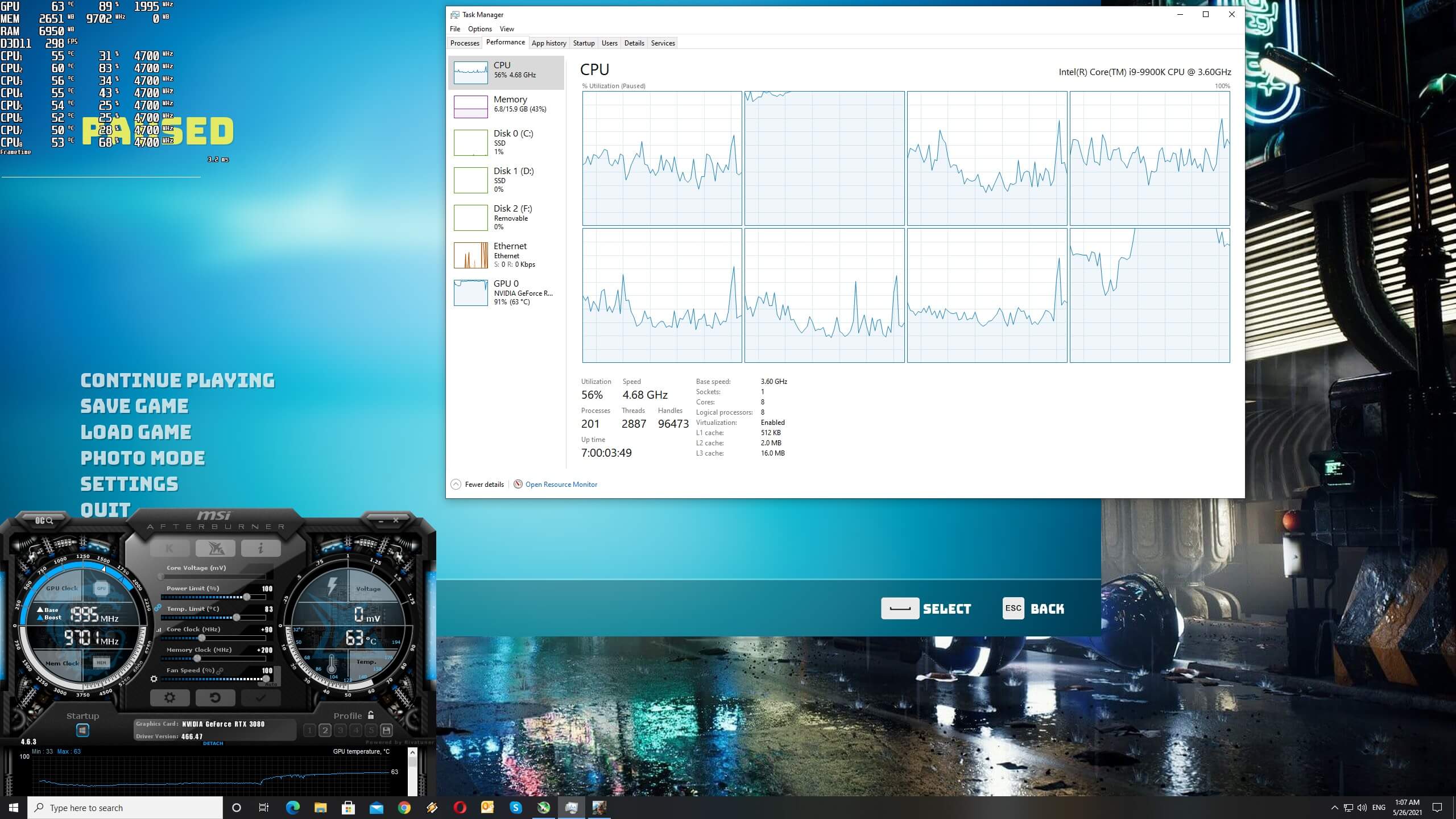 Experiment 101 has added a respectable number of graphics settings to tweak. PC gamers can adjust the quality of Textures, Shadows, Effects, Folliage, Object Detail, Fur Detail and World Draw Distance. There is also a render scale option, as well as Field of View and Sharpening sliders. 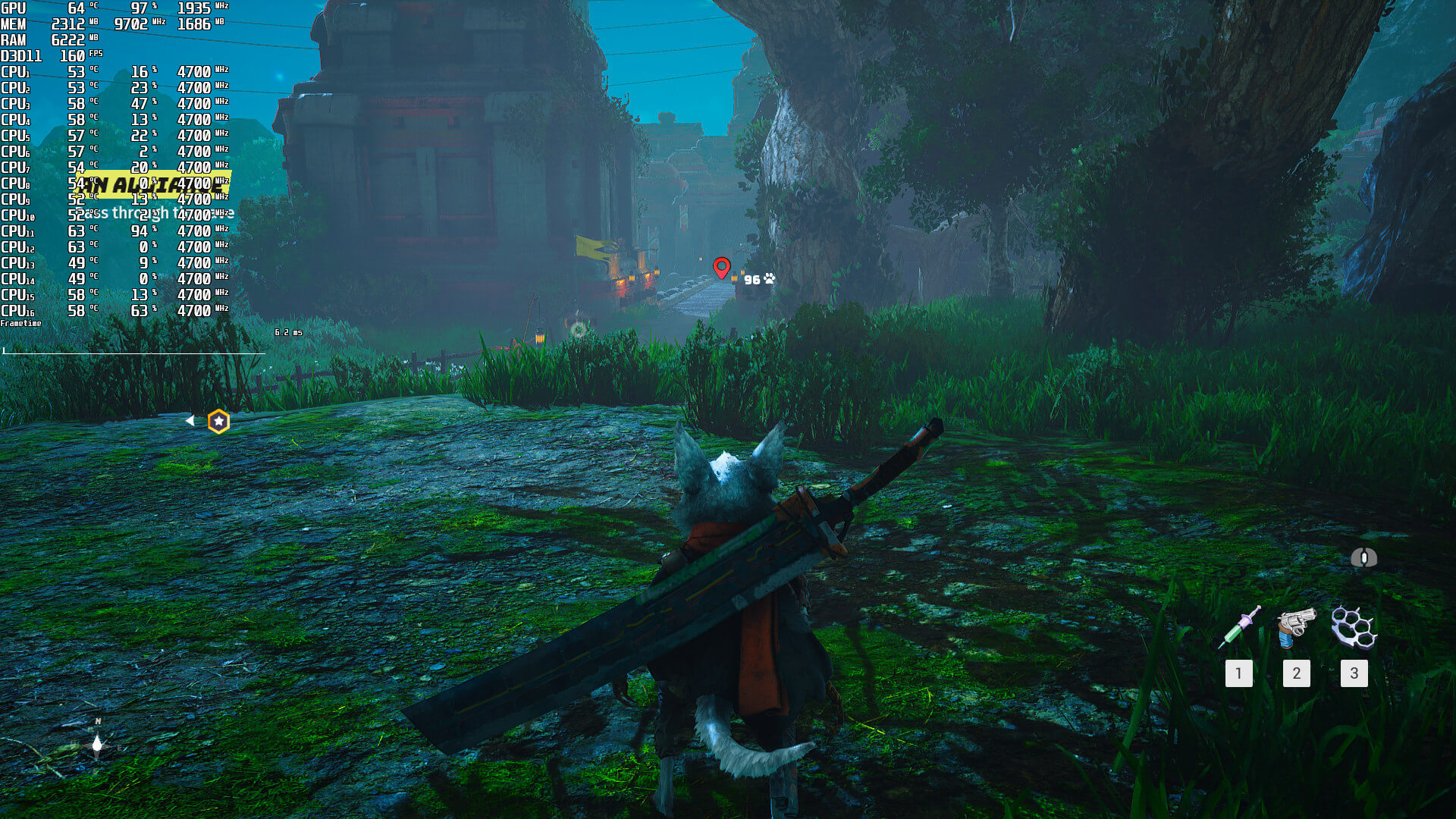 In order to find out how the game scales on multiple CPU threads, we simulated a dual-core, a quad-core and a hexa-core CPU. And, we are happy to report, that the game does not require a high-end CPU. As we can clearly see, the game mostly uses two CPU cores/threads. Even without Hyper-Threading, our simulated dual-core was able to push a minimum of 87fps and an average of 102fps at 1080p/Max Settings. However, there were numerous stutters (which we were able to mostly eliminate by enabling Hyper-Threading on that particular system). 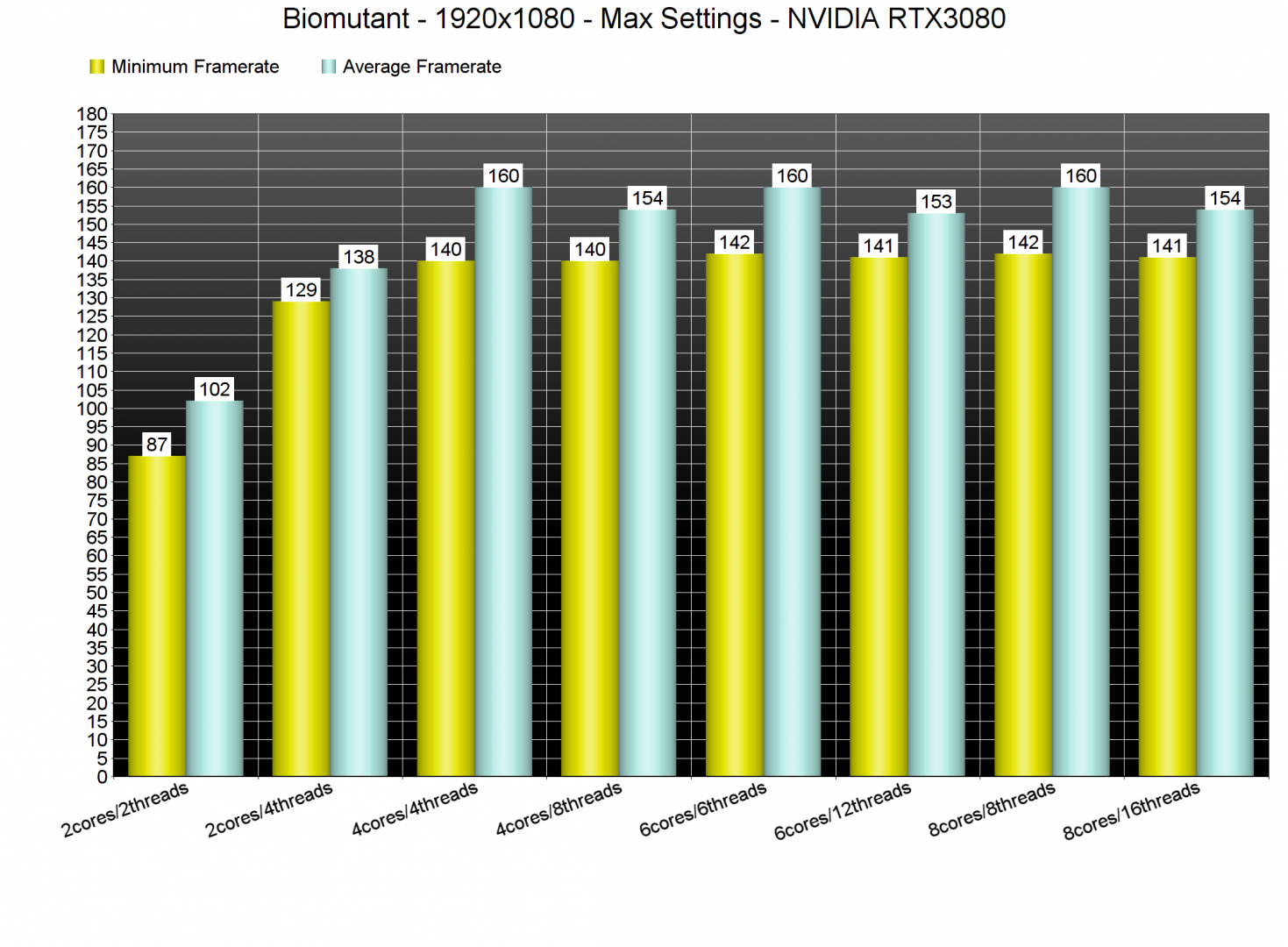 Now while Biomutant does not require a high-end CPU, it does require powerful graphics cards. At 1080p/Max Settings, the only GPUs that were able to run it with constant 60fps were the RTX2080Ti and the RTX3080. The GTX980Ti and AMD Radeon RX Vega 64 came close to a 60fps experience, though there were some drops to mid-50s. Furthermore, and contrary to Days Gone, AMD’s GPUs are not performing that great here. This shouldn’t come as a surprise as this is an Unreal Engine 4-powered game. 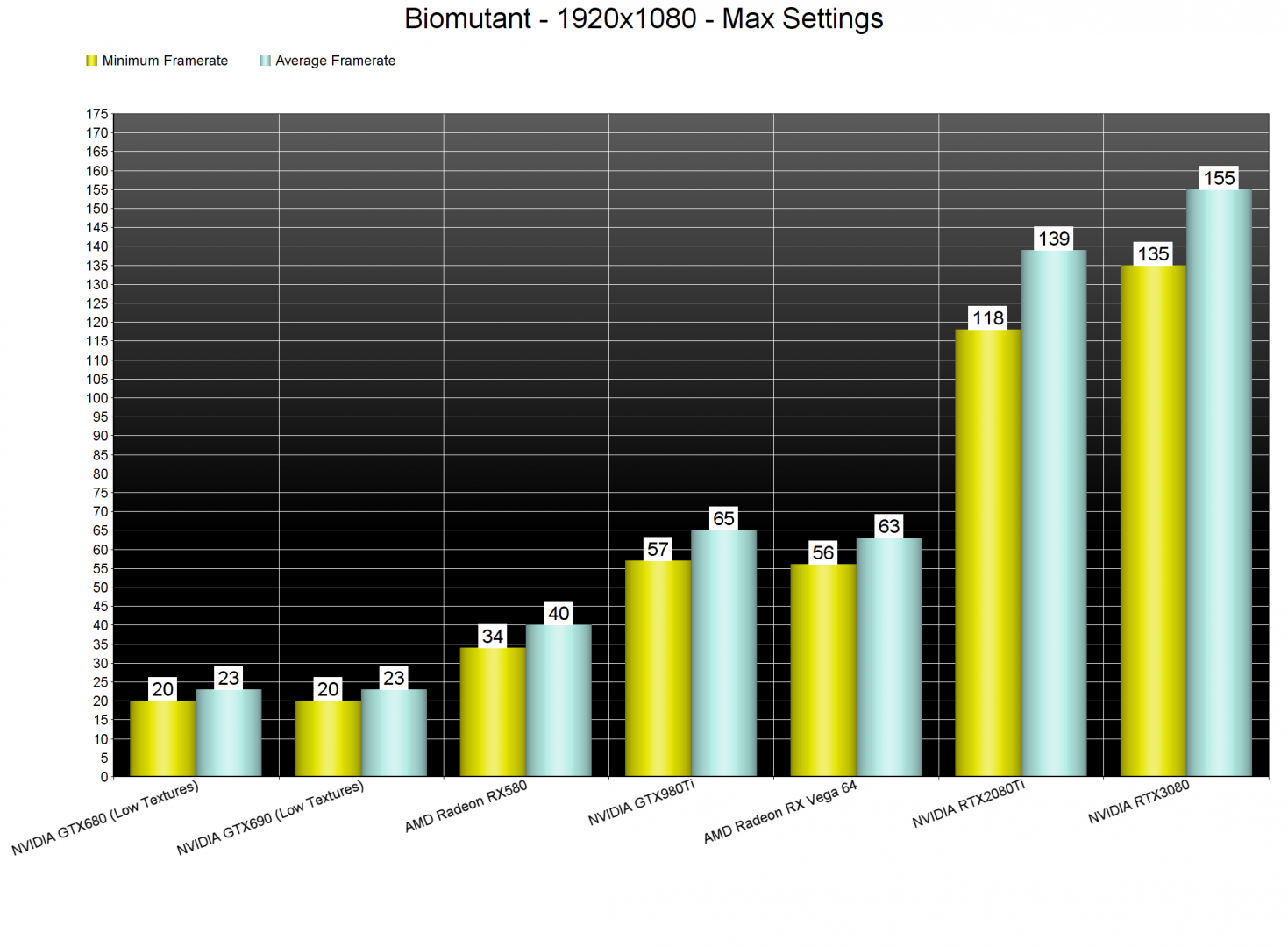 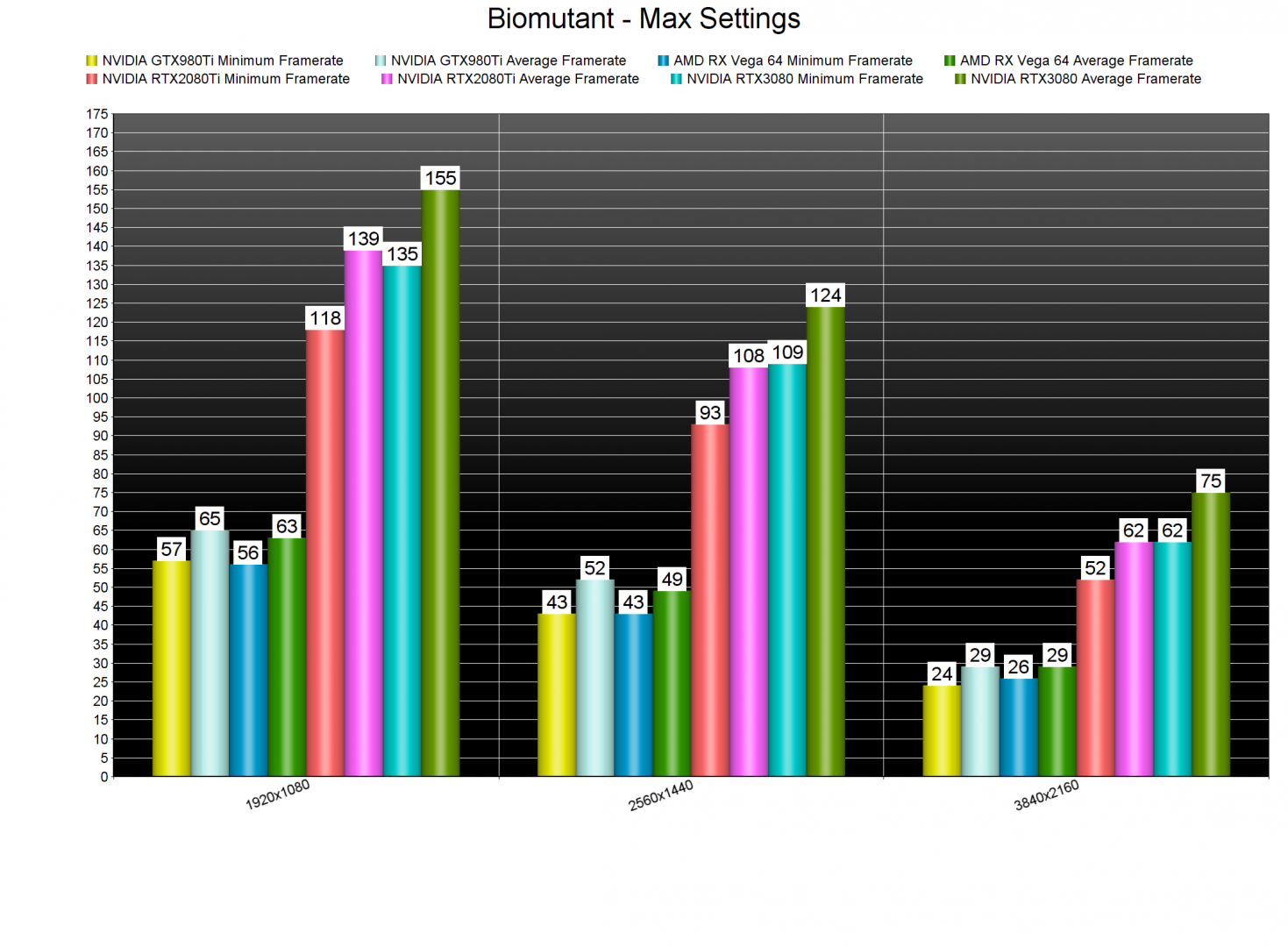 Graphics-wise, Biomutant looks beautiful. The game packs open-world areas that are full of grass and vegetation. To be honest, though, the environments can become a bit boring over time. Still, first impressions are great, so kudos to Experiment 101. All characters look cute and lovely. As with most recent UE4 games, players can interact with the grass/vegetation, and there are some cool wind effects. Do note, though, that the game’s weather effects are nowhere close to Days Gone (so don’t expect to be blown away by them). Still, Biomutant is pleasing to the eye, and even at 1440p there is not much aliasing.

All in all, and although Biomutant does not require a high-end CPU, it does require a powerful GPU. From the looks of it, Biomutant performs – more or less – similarly to Days Gone. Since both of these games are open-world games using Unreal Engine 4, we can somehow compare them. And unfortunately, Biomutant is not as optimized as Days Gone. While they feature completely different art styles, tech-wise, Days Gone is more impressive. Days Gone looks better and runs slightly faster than Biomutant on the exact same hardware. This obviously does not mean that Biomutant is an unoptimized PC game. Far from it. It just cannot compete with some of the most optimized PC games of 2021. Moreover, we noticed some annoying stutters in Biomutant while exploring its environments (these stutters are likely new areas that the game loads). In short, there is room for some additional performance/optimization improvements.