Battlefield 3 is finally released, and it’s time to see how this highly anticipated FPS game performs with a modern-day PC. Contrary to other performance analyses, this – as pretty much every other in DSOGaming – is addressed to the average Joe, who does not have the latest and fastest GPU/CPU. So, is our GTX295 outdated and is it time to replace or is it Battlefield 3 enjoyable in Ultra settings with a GTX295 and a Q9650 at 4.2Ghz? Well, time to find out.

First of all, let us tell you that we are amazed by Battlefield 3’s visuals. Battlefield 3 is certainly the best-looking  PC game available and if your hardware can run it, you’ll be drooling all over your monitor. DICE went all out with it and pushed Frostbite 2.0 to – perhaps – its limits for this current generation consoles. With that in mind, the PC version is definitely better looking but cannot be considered as a next-generation one. If you compare it to the Samaritan tech demo, for example, you will definitely notice that Battlefield 3 can’t possibly top or match it. Still, DICE’s FPS is the best-looking  game that is currently available to the market.

Battlefield 3 is also – and by far – the best game to showcase the difference between dual-core and quad-core CPUs. In the beginning of the game’s fourth mission, we measured the difference between our Q9650 and a simulated Dual-Core system. This scene is ideal as there are lots of characters on screen, vast environments, as well as smoke and explosions that can stress the CPU. 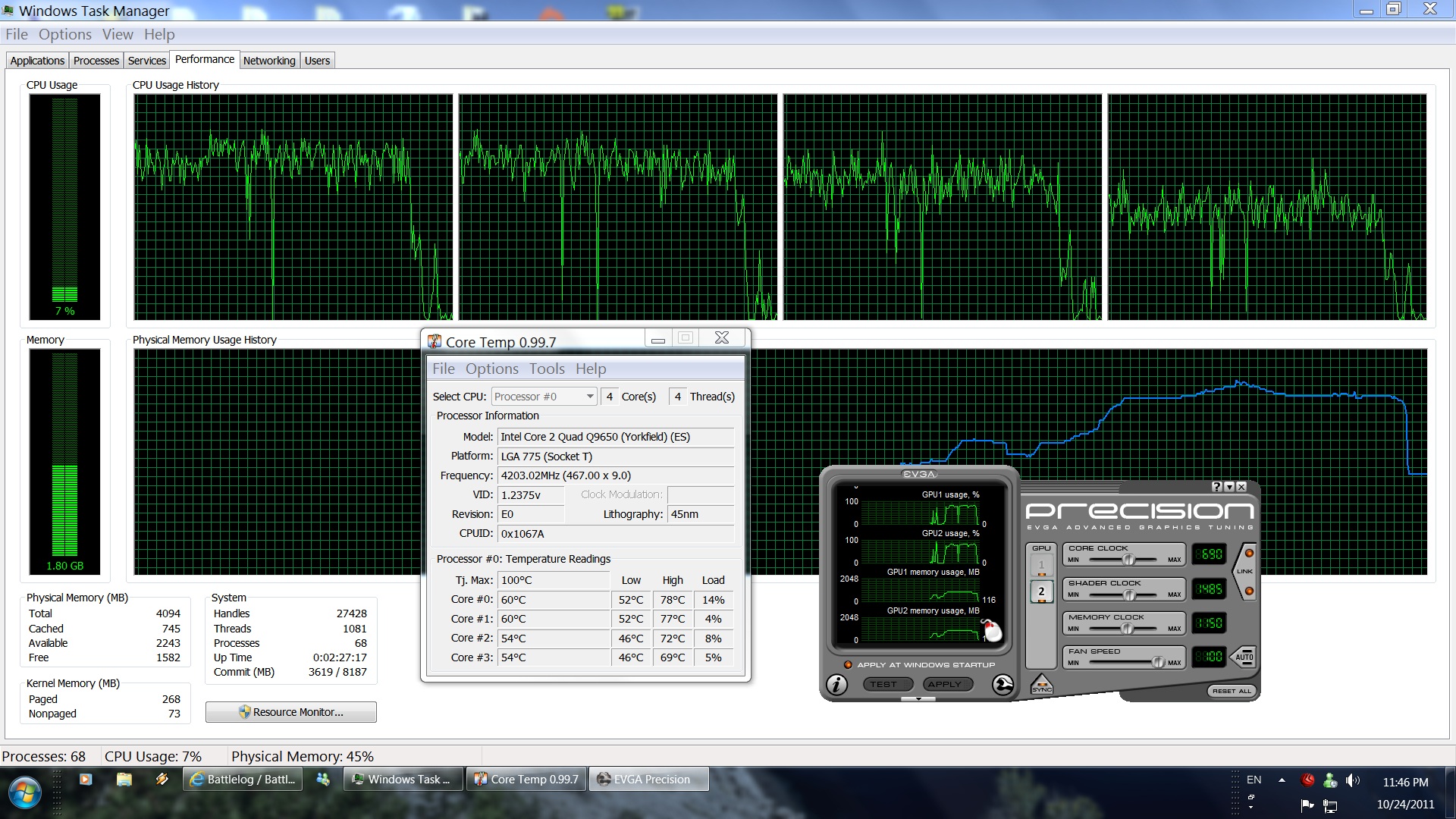 Our Q9650 pushed 50-60fps at 1080p with High details, whereas the simulated Dual-Core system pushed only 17-20fps. This is a huge decrease and shows how optimized Frostbite 2.0 is. Seriously now, we are talking about 150% increase when moving from a dual-core to a quad-core, something we haven’t seen in any other game, and that’s precisely how games should be coded in order to take advantage of multi-CPUs. What’s more interesting is that our CPU usage was not maxed out despite those huge gains. As we can see bellow, we had around 80% CPU usage in that particular scene. So kudos to DICE for optimizing their engine, though we’d like to see even better usage as the game is definitely CPU bound in a lot of scenarios.

As we said, we ran the game at 1080p with High details. The reason we didn’t bother with the Ultra settings was the fact that our GTX 295’s vRAM was not enough. Although the game ran fine with Ultra details, there was a lot of stuttering due to the high vRAM usage. This basically means that in order to enjoy BF3 with Ultra details, you will need a GPU with at least 1GB vRAM. In addition, there is something wrong with the game’s presets. When we chose the High preset, the game was running with a really low framerate (around 30-40). When
we chose to customize our settings and selected the same settings that are set on the High preset, the game ran with 50-90fps. This is a huge difference, and we are puzzled with this behavior. Moreover, we managed to enable a better terrain setting and some Ultra settings, and the framerate was higher than the High preset. There is something wrong with the presets, so we strongly suggest customizing your graphical details.

As we’ve informed you, Nvidia’s latest 285.62 drivers introduced additional stuttering so if you’re encountering, downgrade to an older version until the green team fixes it. Furthermore, the game does not support 3D Vision and there are major shadow issues. According to our research, these corrupted shadows are present in all DX10 Nvidia cards – meaning all cards from the Nvidia 8,9 and 200 series. This is a DICE game after all, so we knew that there would be bugs. Therefore, PC owners of the aforementioned cards will have to wait for a patch and a
driver update. 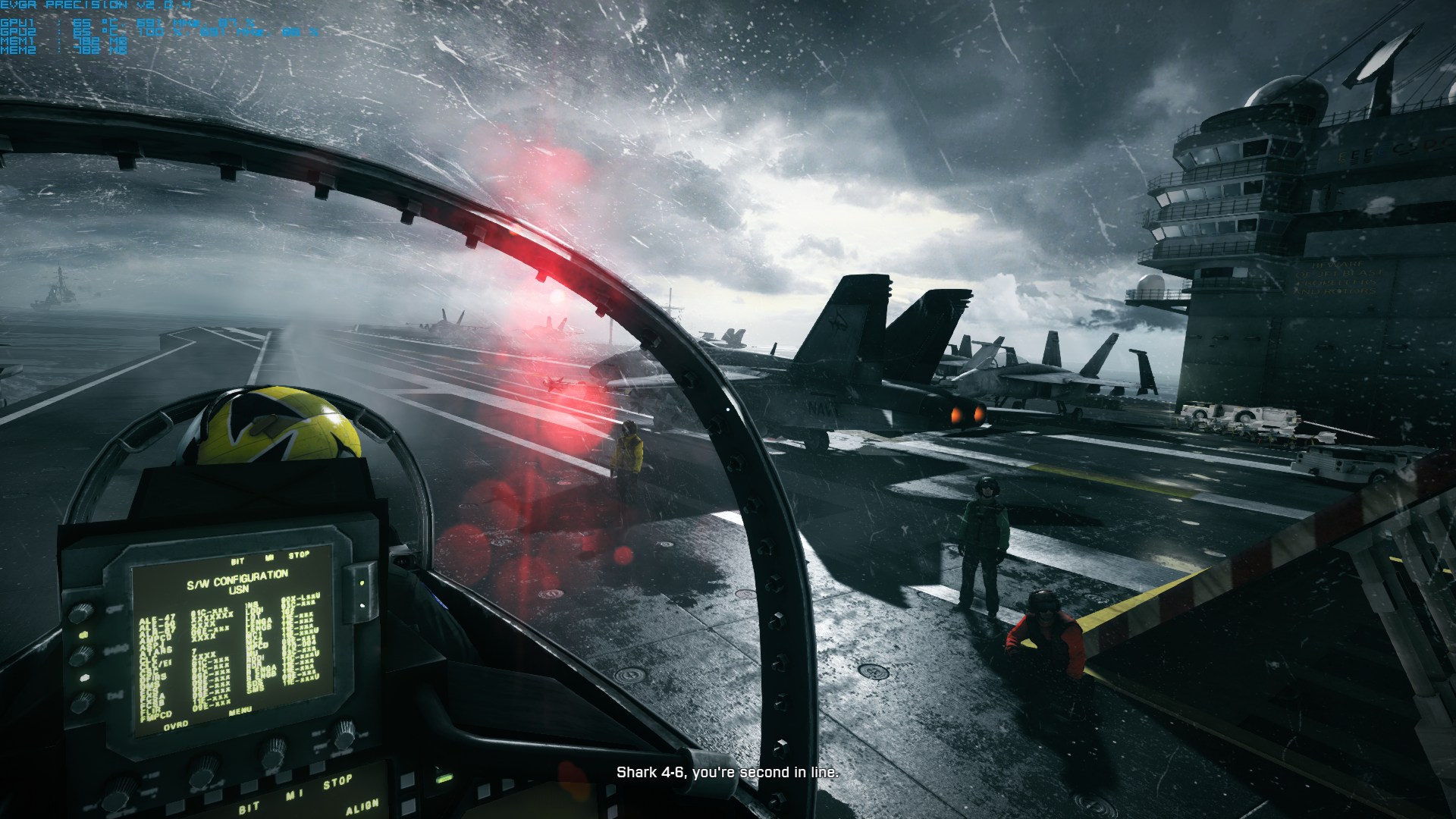 And here comes the big question, the one that most PC gamers have been wondering this whole time. Is Battlefield 3 a better-looking  game than Crysis/Crysis 2? Well, let’s break this question to two sub-questions. Battlefield 3 is definitely the best PC game to showcase what current hardware can achieve. And yes, Battlefield 3 looks better than Crysis 2. However, this is mainly due to Crytek’s decision. Instead of going all out, Crytek made a lot of compromises to Crysis 2. So, on one hand we have Battlefield 3 that shows what Frostbite
2.0 can do, while on the other we have Crysis 2 that does not represent what can be achieved with CryEngine 3. Both engines sport almost the same features, so there is no denying that CryEngine 3 can produce better visuals than those of Crysis 2. Furthermore, Crysis 2 is open to the modding community whereas Battlefield 3 is not. Modders are really crazy and can push the engine to their limits. Therefore, Crysis 2 can look better than Battlefield 3 in the long run. For the time being, though, Battlefield 3 is the best-looking  game.

So, as we can see, a GTX295 is powerful enough in order to enjoy Battlefield 3 at high settings and 1080p, though Nvidia and DICE need to fix the stuttering and corrupted shadows issues as soon as possible. The only downside of a GTX295 is its vRAM, so if you have a 512MB GPU you can kiss goodbye the high and ultra details. We also ran our GPU in Single GPU mode to see how a GTX275 would perform, and we were really pleased with our findings. Our simulated GTX275 ran the opening of the Guillotine Operation with 35-40fps (instead of the 55-60fps mark that was set by the GTX295). This might seem a bit low to some, but it definitely is better than the console versions, both with regards to performance and visuals. 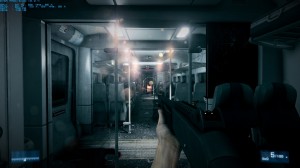 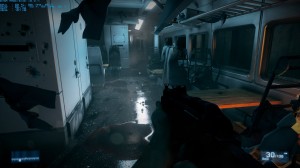 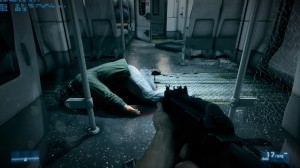 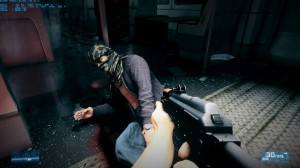 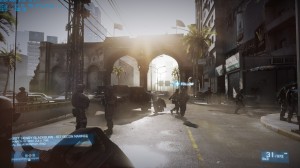 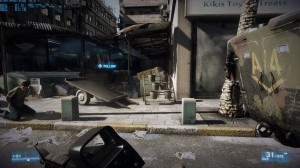 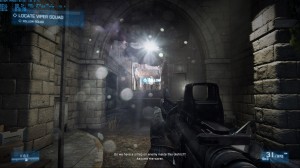 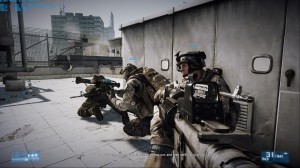 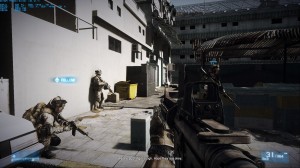 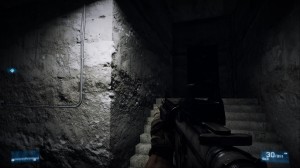 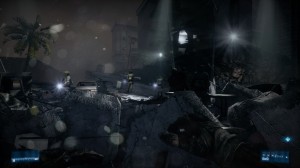 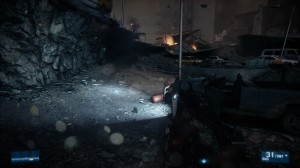 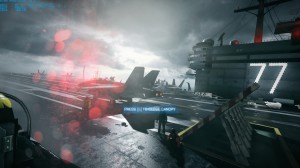 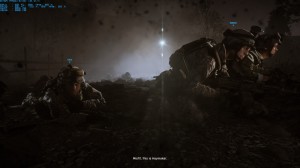