Battlefield 3 is the big star of these days and as we reported earlier today, Nvidia released some new drivers that are specifically optimized for it. Well, that’s what the green team states because in our testings we found out that these new drivers introduce two issues that might be related. To be more precise, the game suffers from major stuttering and corrupted shadows when they are set to the Ultra settings.

The stuttering can be easily noticed in the second mission of the Single Player mode, when you are leaving the transportation vehicle.

You can minimize the stuttering effect by selecting a lower value for your Shadow settings. However there are still lots of corrupted shadows as you can see in the following screenshots.

We’ve contacted Nvidia and we hope that they’ll sort this out as soon as possible. 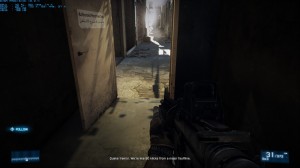 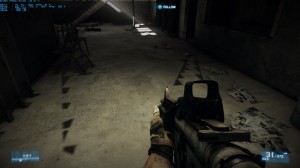 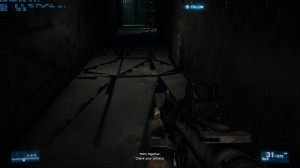 We just got word from Nvidia’s ManuelG. Apparently the corrupted shadows are due to the game’s current build while the stuttering will be fixed via an updated GPU driver. We should also note that the game is not working properly with 3D Vision right now – a patch is expected to add proper 3D support:

“The corrupted shadows were apparently fixed by Dice in build 862168 of BF3. On second thought, the shadow bug you are seeing is actually a different issue from the one I thought was fixed by Dice. Our driver team is currently looking into this issue. As for the stuttering, I have already filed a bug on that.”