Last month, we had the pleasure to interview Ubisoft who confirmed that Assassin’s Creed IV: Black Flag would be better optimized on the PC than its predecessor. As Ubisoft claimed, the scheduler used for the rendering was ‘rewritten from the ground up and in AC4, the engine will use all the cores it needs until it sees that using more cores brings no more gain.’ Well, it appears that information was incorrect as Assassin’s Creed IV: Black Flag is plagued by performance issues and runs identical on tricore and quadcore CPUs. Not only that but the performance difference between a dualcore and a quadcore is around 5fps at best.

As usual, we used an overclocked Q9650 (4.2Ghz) with 4GB RAM, an Nvidia GTX690, the latest version of the GeForce ForceWare drivers and Windows 7-64bit. Before continuing, let us tell you that the aforementioned system – despite the awful port that Ubisoft offered us – runs the game better than PS4 and Xbox One. Assassin’s Creed IV: Black Flag ran with 30-60fps with max settings at 1080p on our test system. The game, on the other hand, runs with a 30fps lock on next-gen consoles (and looks inferior due to its lower AA settings). Obviously, our old Q9650 is able to run the game better than next-gen consoles, so keep in that in mind while reading the rest of our article. 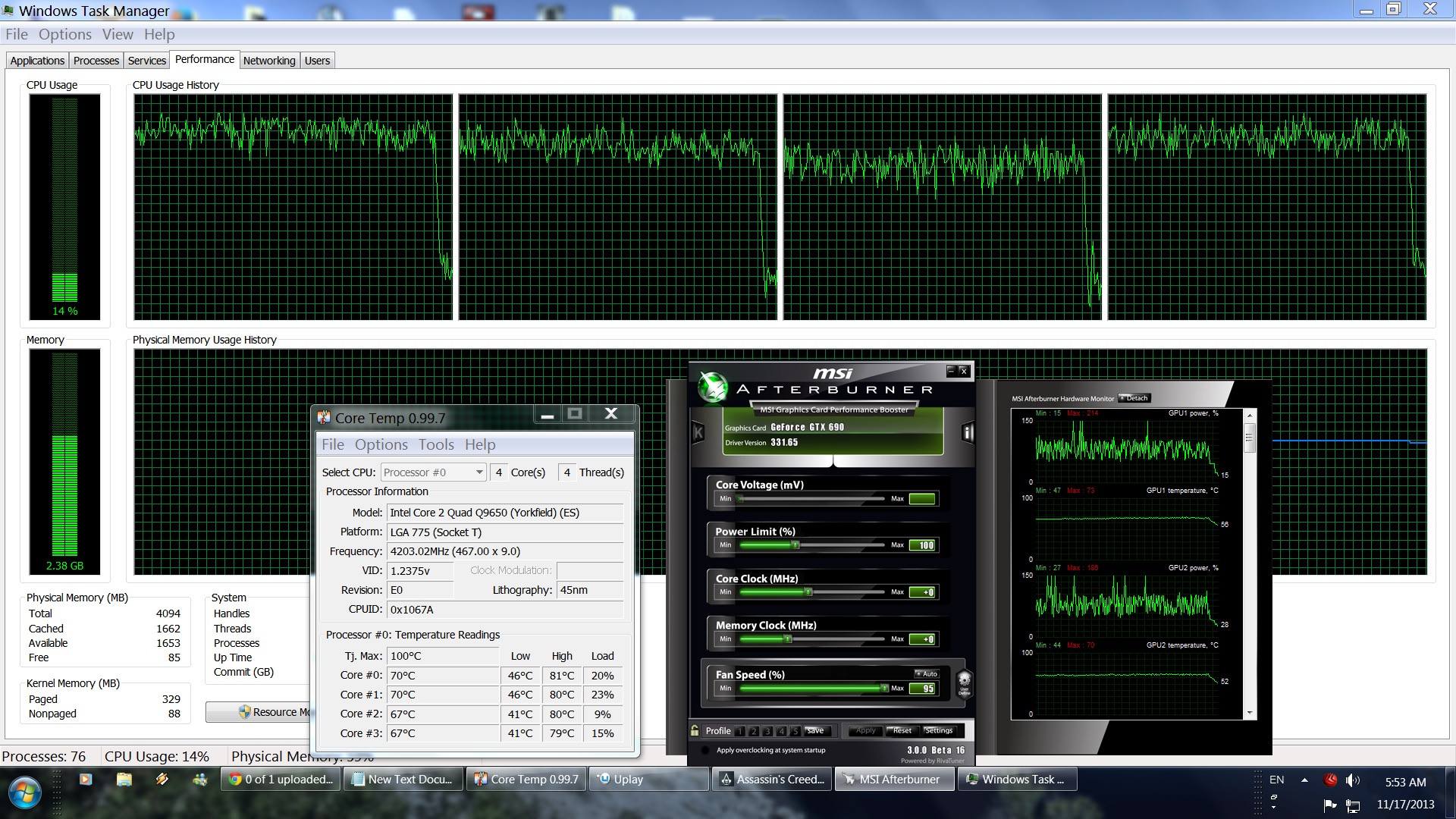 Ubisoft claimed that Assassin’s Creed IV: Black Flag requires a quadcore CPU at least. News flash everyone. Assassin’s Creed IV: Black Flag is perfectly playable with a dualcore CPU, despite those official PC specs. Our simulated dualcore CPU was able to run the game with 30fps at max settings. When we lowered the game’s terrain setting (the one setting that only affects the CPU), our framerate skyrocketed at 60fps (though there were scenes in which the framerate dropped to 40s). It really puzzles us why Ubisoft suggested a quadcore CPU when the game can be enjoyed with a dualcore. Was the French company trying to raise the game’s PC specs for no apparent reason? 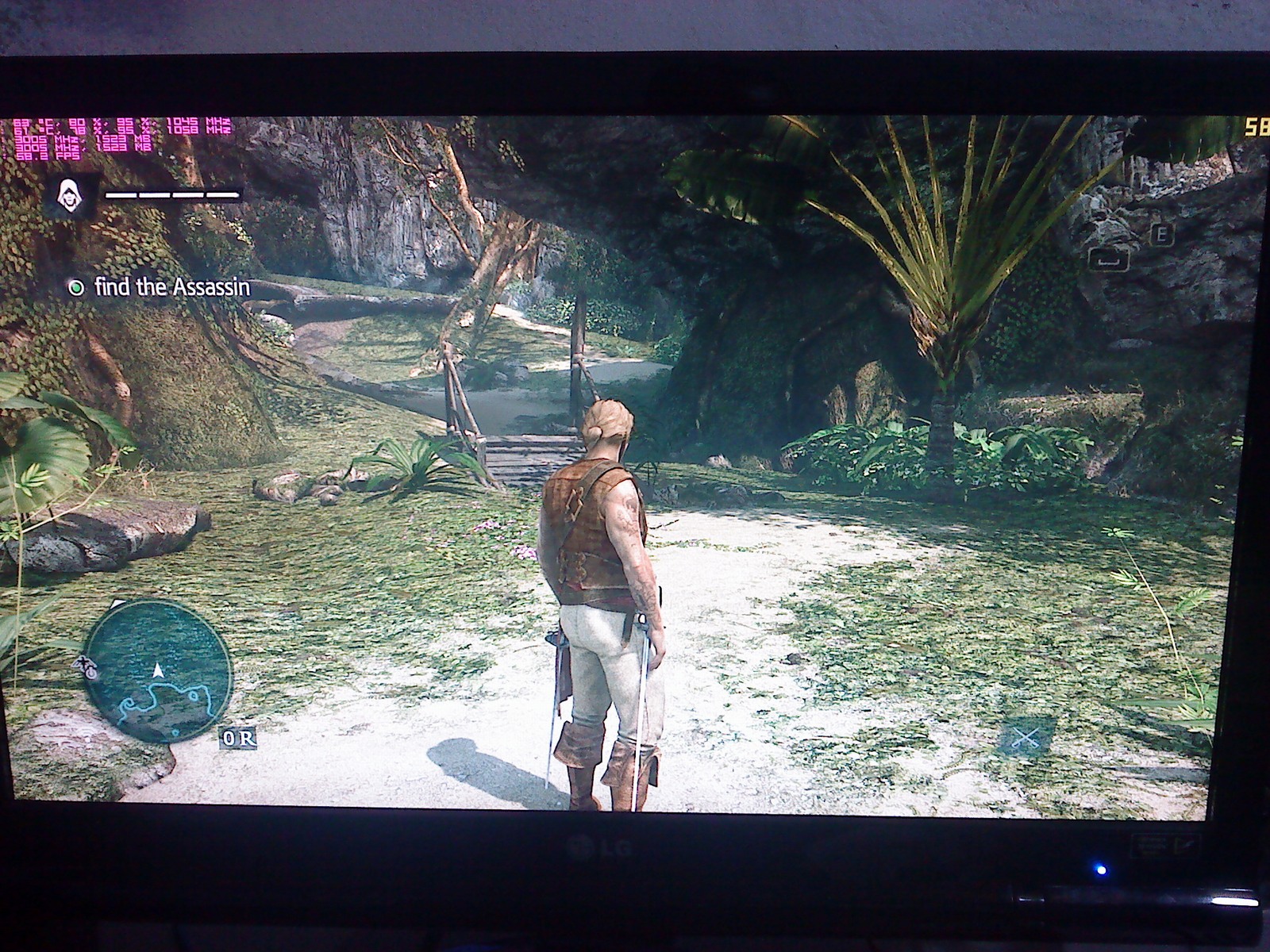 What also surprised us was the performance difference between a tricore and a dualcore. As we can clearly see, the performance difference is only 5fps at best. Truth be told, there was noticeable stuttering on our simulated dualcore system but that was because our two CPU cores were maxed out. Normally, we’d expect a big performance jump from this enhanced version of AnvilNext, however that wasn’t the case. Not only that, but there was no difference at all between our simulated tricore and our quadcore systems. Ubisoft claimed that the engine will use all the cores it needs until it sees that using more cores brings no more gain. How come there is no difference then between those systems? Does the engine ‘feel’ that there cannot be any gains between dualcores and quadcores, and that PC gamers will have to rely on additional raw power in order to overcome this unoptimized mess? Seriously now? 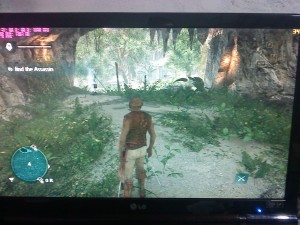 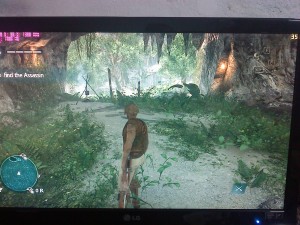 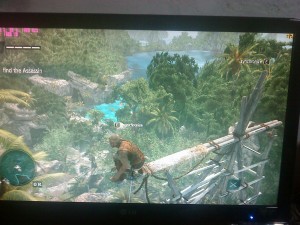 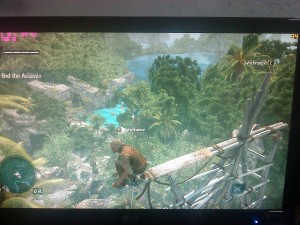 For some strange reason, we could not capture any screenshots or videos with our review code (we tried capturing with FRAPS, MSI Afterburner, SweetFX, Hypersnap… none of them worked as we’re getting black images). Therefore, we decided to capture some off-camera footage in order to prove our claims. Do note that for bandwidth purposes the quality of the videos is not good. But then again, showcasing the game’s visuals via this method was never our aim.

Assassin’s Creed IV: Black Flag is also packed with some PC features that aim to put high-end GPUs to their knees. The PC version supports Godrays, PCSS shadows, TXAA and HBAO+. Godrays, ambient occlusion, shadow quality and TXAA bring an enormous performance hit, so we highly recommend lowering or disabling them if you own weaker cards. A single GTX 680 was unable to run the game with max settings at more than 40fps. In order to hit the 60fps mark on scenes where we were not CPU limited, we had to completely disable ambient occlusion, set Godrays to low, shadow quality to very high (no soft shadows) and set SMAA for our anti-aliasing solution. By enabling soft shadows (on high) and SSAO, we could hit the 50fps mark. By enabling everything (plus TXAA 4x) we could run the game at 35fps. Ironically, our simulated GTX680 was never maxed out, meaning that either Nvidia will have to tweak the game’s profile or Ubisoft will have to somehow fix this mess with a new update. SLI scaling was great, as the aforementioned scene was running with 60fps on our GTX690 with all its bells and whistles enabled. 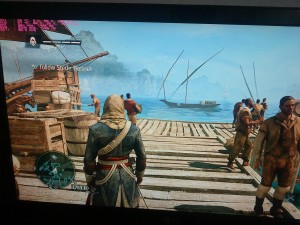 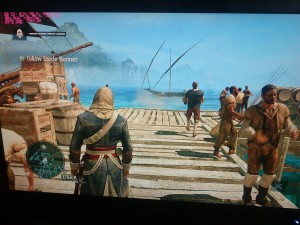 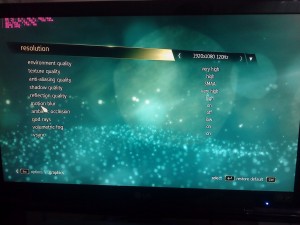 Graphics wise, Assassin’s Creed IV: Black Flag is a mixed bag. Although there are some truly great special effects (like the ocean tech), the game’s characters feel similar to what we’ve been getting this past generation. The skin shaders – in particular – are not as good as we’d hoped for, and the various NPCs lack detail. Yes, Assassin’s Creed IV is packed with big levels however we’d expect something more from this so called first era next-gen title. To put it simple; although AC4 looks better than its predecessor, it does not revolutionize the series with its visuals. We also strongly suggest using SweetFX, especially if you are about to enable TXAA. Nvidia’s AA technique does an excellent job smoothing the game’s jaggies but blurs the image, therefore the use of SweetFX is pretty much essential for all high-end enthusiasts.

All in all, Assassin’s Creed IV: Black Flag is a mess on the PC. Although the game scales on four CPU cores, it does not take advantage of them and the performance differences between dualcores and quadcores are minimal. The game also suffers from low GPU usage when numerous graphical settings are activated. A single GTX680 is able to run the game above 35fps, provided you are not CPU limited. As always, those with newer CPUs will be able to overcome the game’s limitations thanks to the additional raw power of their processors. Still, this does not mean that the game is optimized for the PC platform. Add to this some annoying mouse acceleration side effects and the fact that owners of 120hz monitors will have to edit the game’s .ini file in order to avoid an idiotic 60hz limit, and you got yourself a game with lots of issues.