IO Interactive has released a new hotfix patch for the PC version of Hitman 3. According to the team, the April 6th Hotfix will resolve some PC freezes and frame drops that were introduced with the previous update. 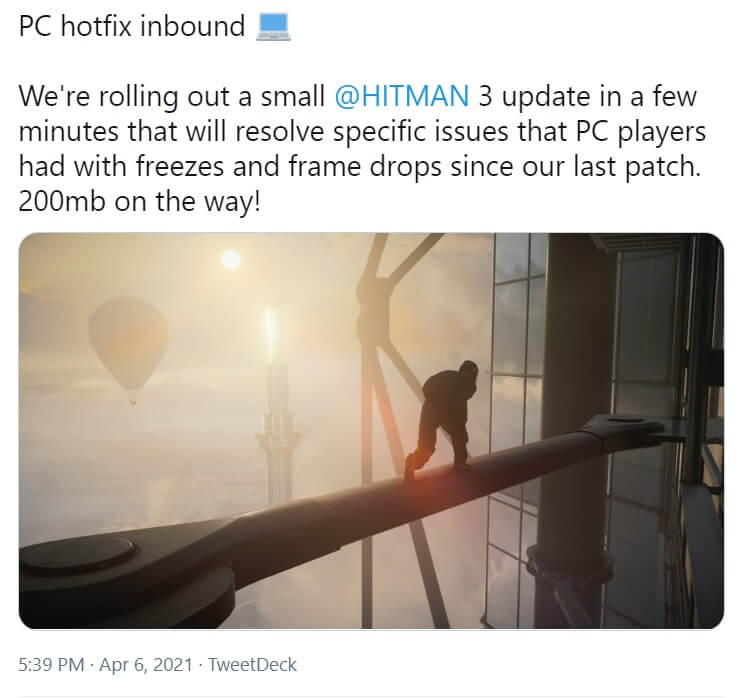 Hitman 3 is the dramatic conclusion to the World of Assassination trilogy. The game will take players around the world on a globetrotting adventure to sprawling sandbox locations, with Agent 47 returning for the most important contracts of his career. The game is also using the Glacier Engine.

As we’ve already reported, there are some cool mods that PC gamers can already install. One of them introduces a FOV, while another mod allows you to play the game in first-person mode.