id Software has released a brand new patch for Doom Eternal. According to the team, the November 18th Update fixes issues that were introduced by the previous Update 6.66.

Going into more details, this patch fixes a community-reported bug where the Meathook mod would not always pull the player immediately upon target attachment. It also fixes an issue in which lightning hazards from the Mars Core Master Level would carry over into the Mars Core campaign level.

This update also comes with a PC-only fix. For instance, it fixes a crash when selecting the BATTLEMODE 2.0 Leaderboard shortly after a Series change. 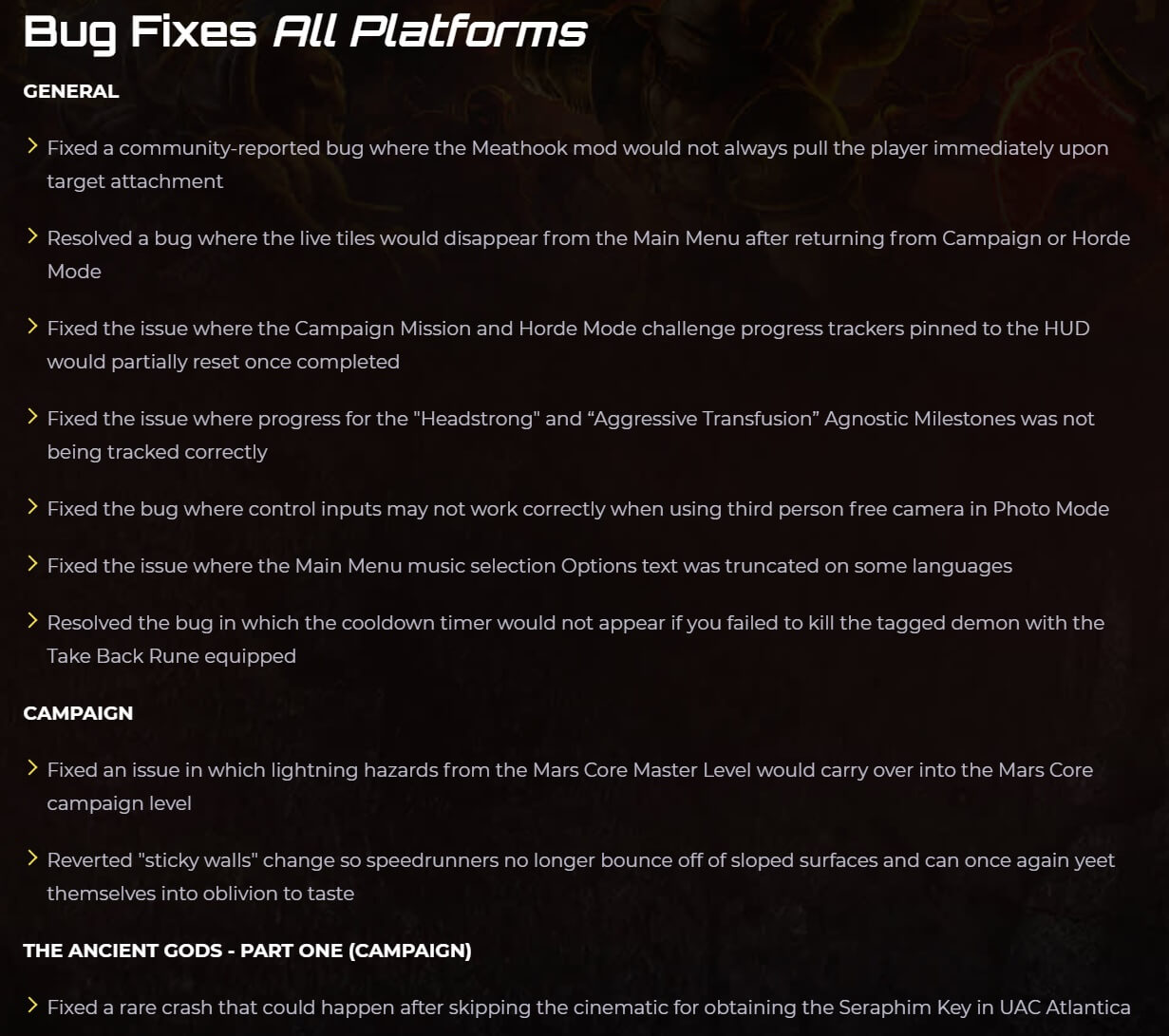 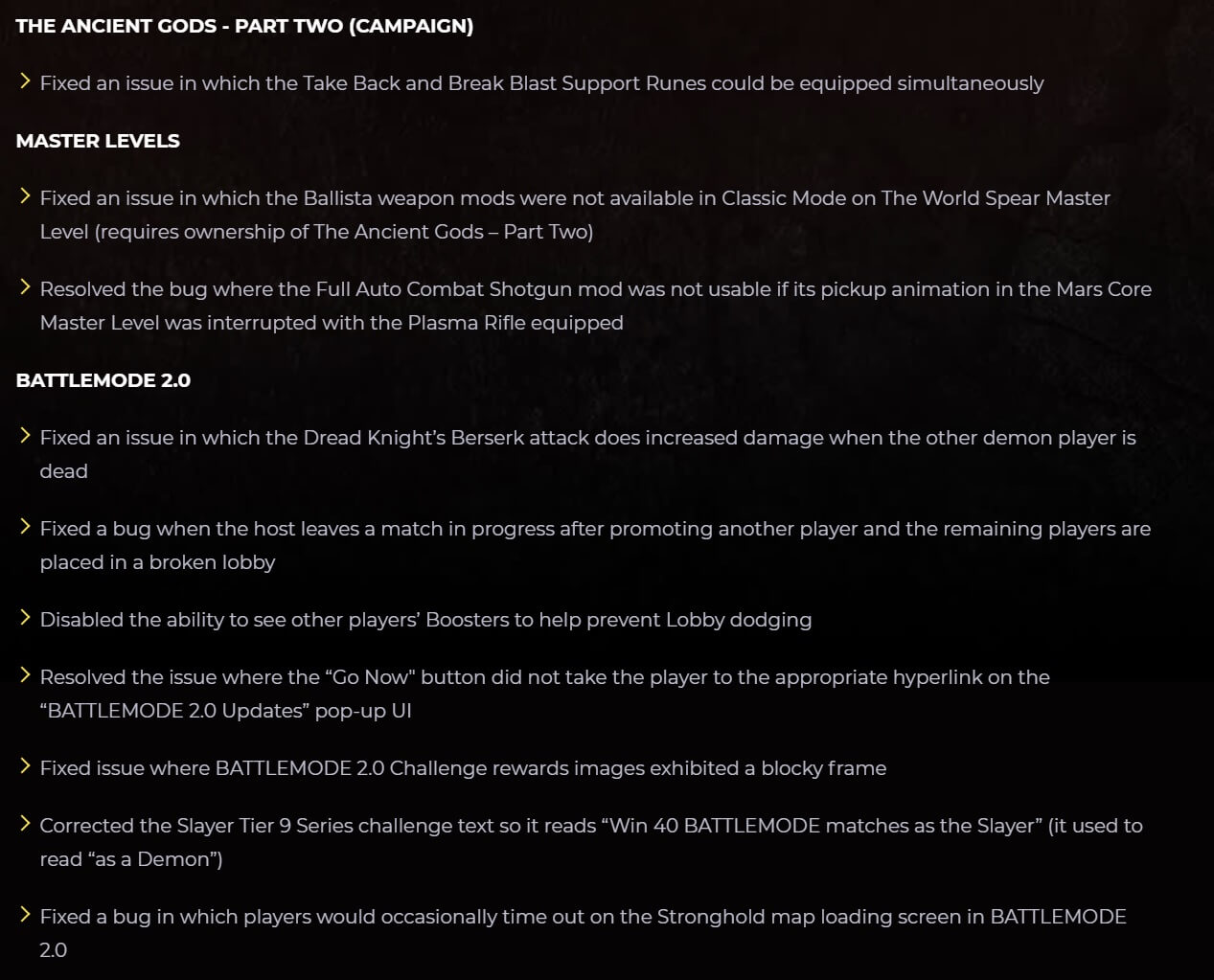 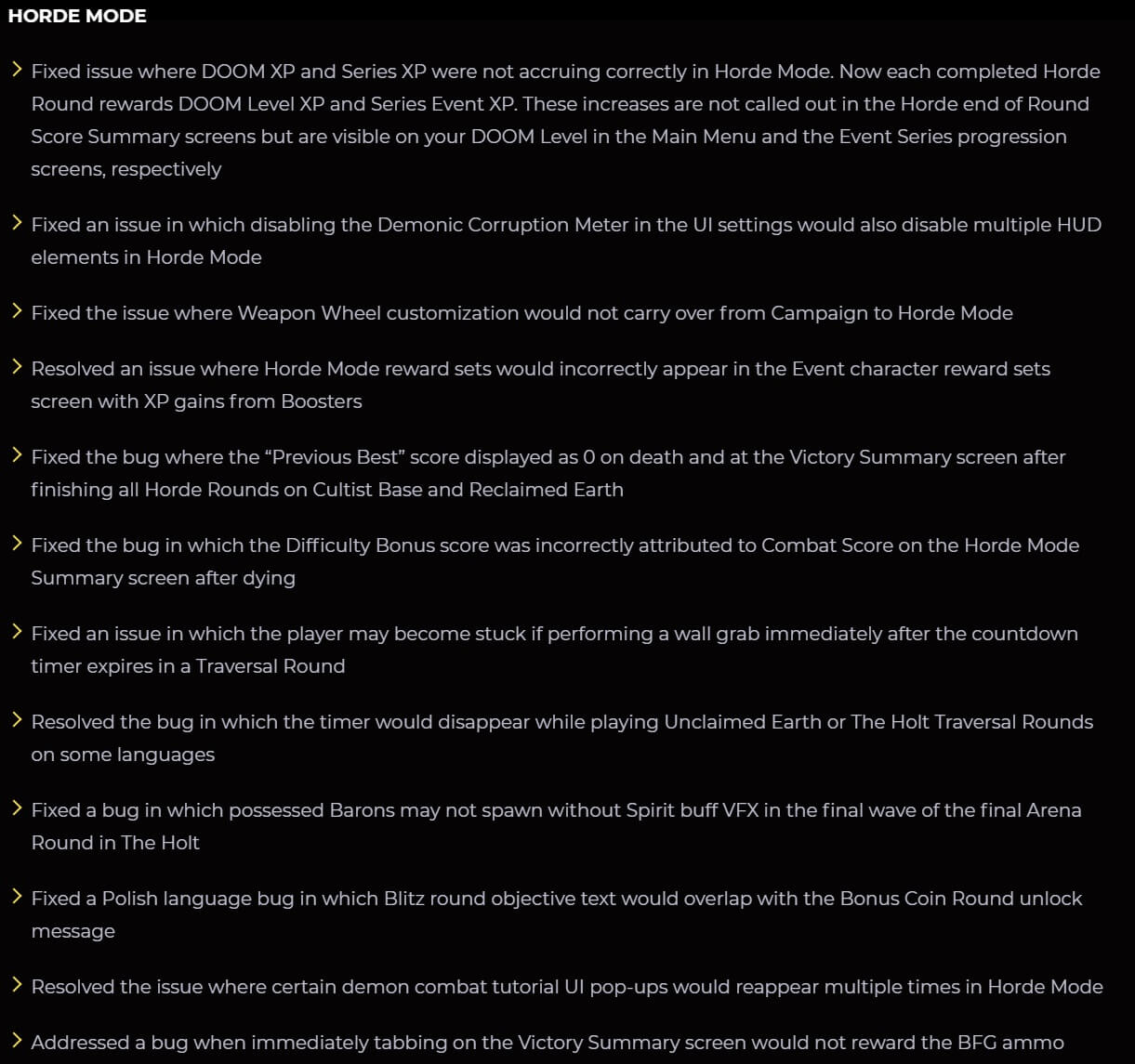 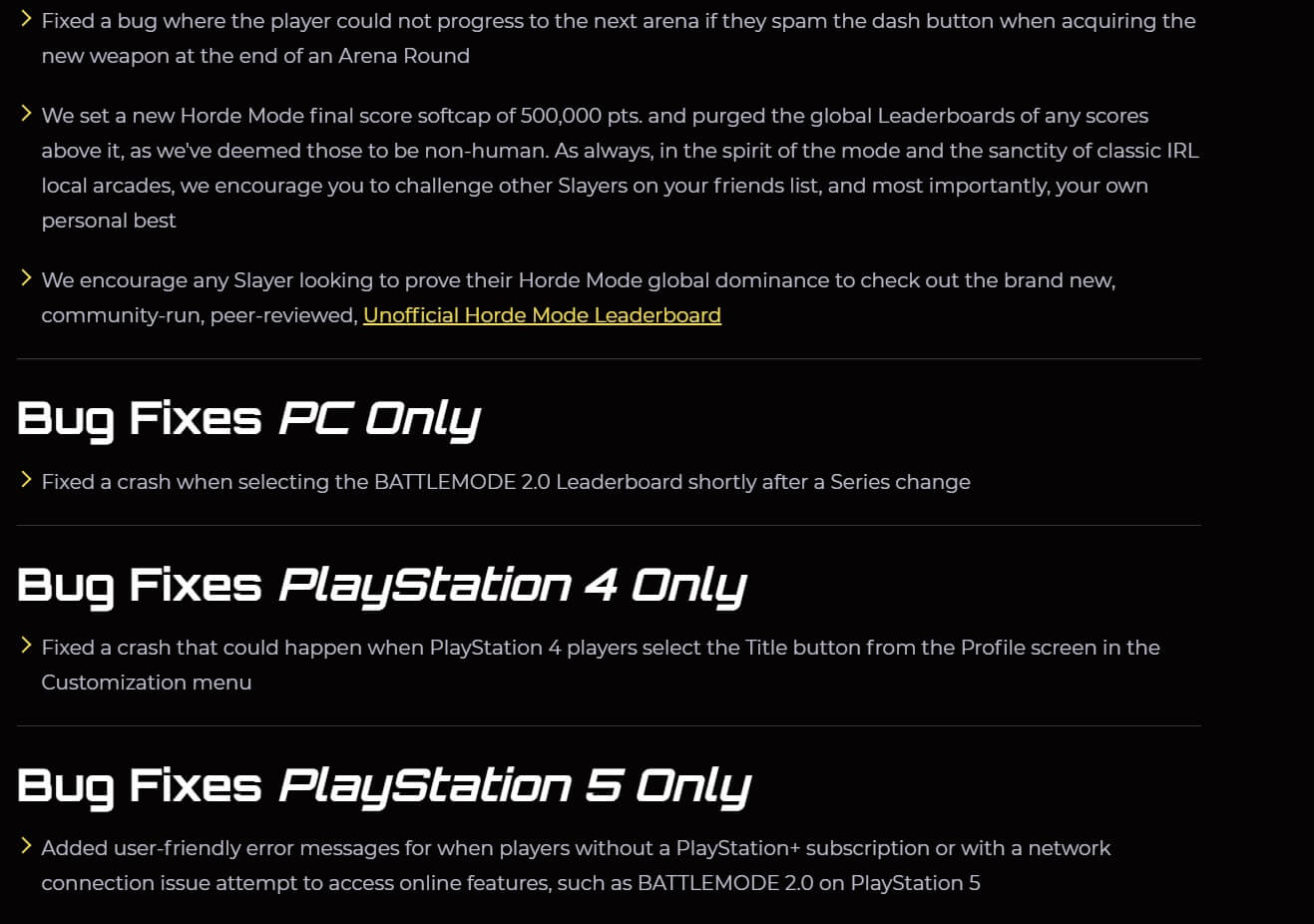