CD Projekt RED has released a brand new update for Cyberpunk 2077. According to its release notes, Patch 1.31 fixes a number of crashes and resolves various quest issues.

As always, Steam, GOG and Microsoft Store will download this patch the next time you launch their clients. Below you can also find its complete changelog. 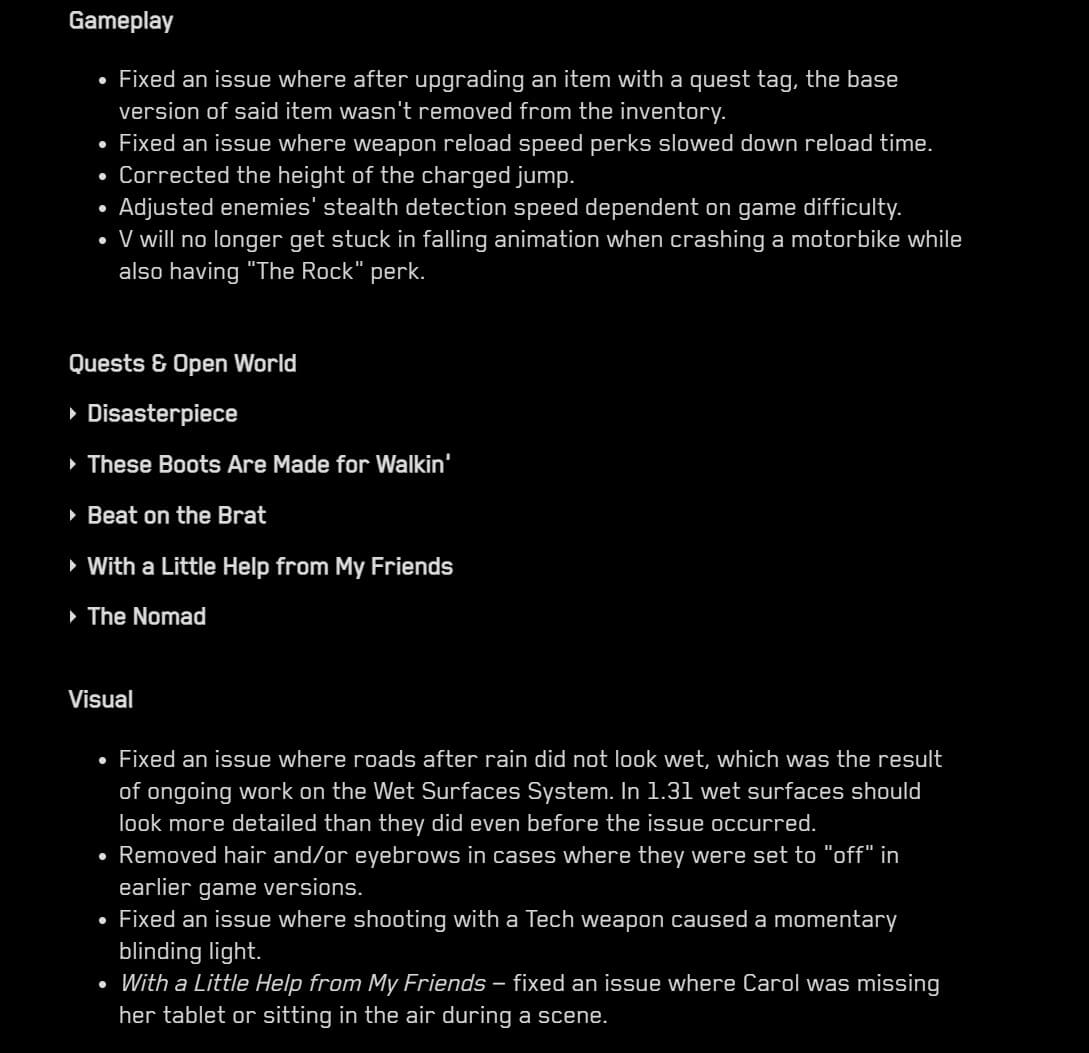 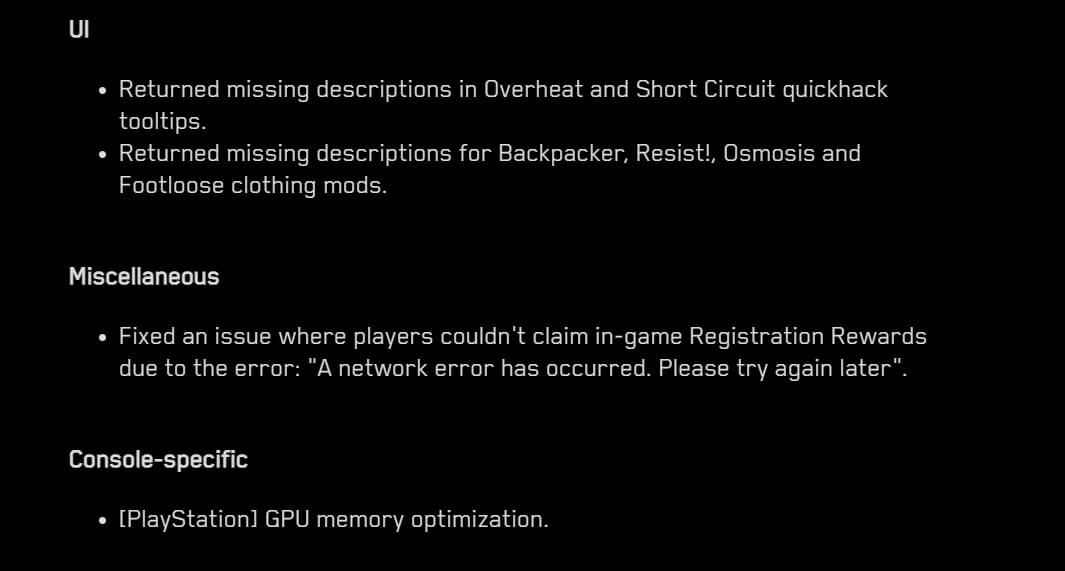