DICE has announced that Battlefield 2042’s Update 3.3 will release tomorrow. This new patch will introduce an updated Scoreboard, and fixes some bugs and crashes. Moreover, DICE revealed its full patch notes that you can find below.

DICE has also detailed the next update for Battlefield 2042. This next update will release in early April. According to the devs, it will include a larger set of changes and fixes, as well as the introduction of VOIP functionality for Squads, and the refreshed Scoreboard being available during End of Round. Additionally, it will have some balance changes for weaponry on vehicles.

As always, Origin will download this patch once it becomes available. And, without further ado, here is its complete changelog. 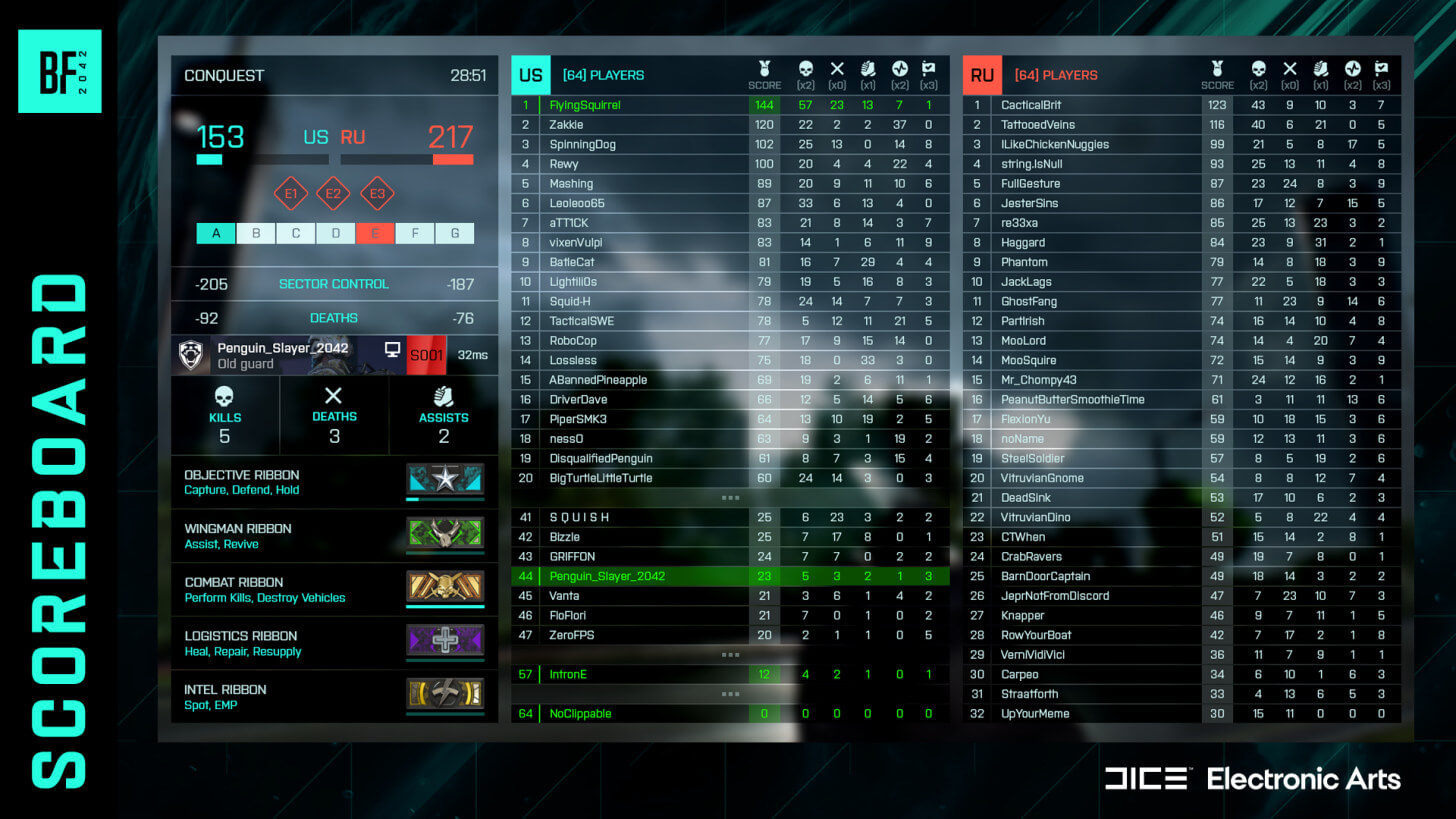 Match Overview has been improved and placed on the left of the screen; this still retains information about the match, objective progression and ticket counters as well as personal stats such as Kills, Assists and Deaths, alongside your current in-game ping.

The Scoreboard now features a team vs team split look for certain team-based modes such as Conquest, Breakthrough, Rush and Team Deathmatch, alongside the inclusion of the deaths stat to the Scoreboard.