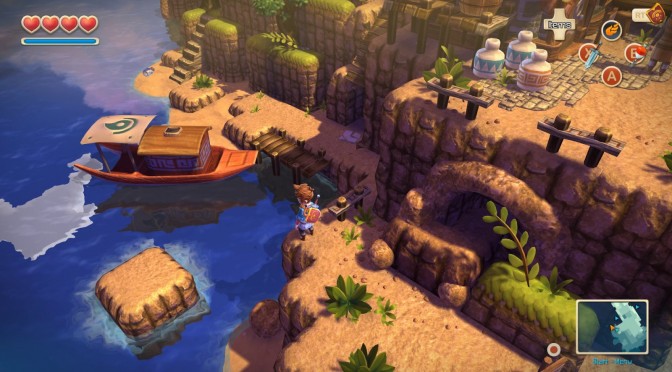 Cornfox & Bros has announced that its Zelda-inspired title, Oceanhorn: Monster of Uncharted Seas, will hit Steam on March 17th. In order to celebrate this announcement, the team has released a trailer dedicated to the PC version that can be viewed below.

As Cornfox & Bros noted, Oceanhorn’s Steam version will be a completely remastered version of the game, that will come with a huge graphical and technical overhaul (that will hopefully make the game more suitable for bigger screens and more powerful hardware).

Moreover, the game has been redesigned for physical controls and it plays great – at least according to the team –  with mouse / keyboard or with a gamepad. Not only that, but the game’s assets have been tweaked for the PC platform.