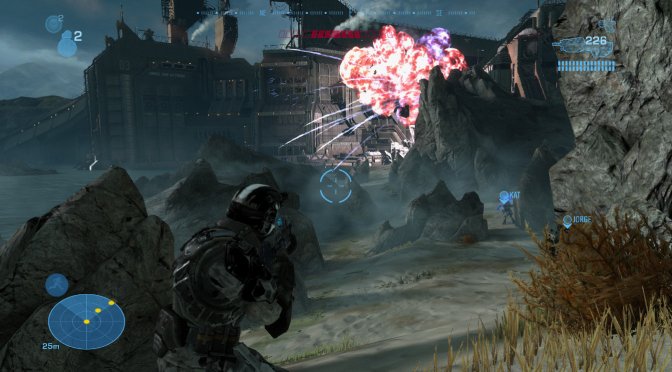 Xulah has released a pretty cool new mod for Halo: Reach, called ODST campaign overhaul. As the title suggets, this mod will let you play the single-player campaign as an ODST soldier. This mod currently adds an ODST player model, as well as third-person camera viewpoint.

Furthermore, it brings some gameplay changes and tweaks. For instance, it sets damage reduction at 150%, adds 2X health regeneration rate, removes shields, and does not allow you to get headshot. Moreover, it sets move speed to 75% and jump height to 85%.

This ODST mod for Halo: Reach is still in a development state and it’s not complete. Therefore, the mod lacks some gameplay mechanics (that will be hopefully added in future versions). For instance, it does not allow players to hijack vehicles or detach mounted machine guns. It also does not feature any energy swords or gravity hammers. Zooming is also not available, and the mod lacks some armour abilities.

Still, and despite the lack of the aforementioned features, this mod is quite interesting so be sure to download. You can do so by visiting its NexusMods page.