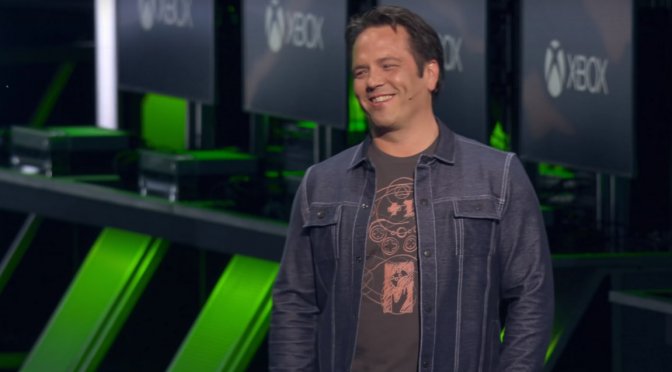 Xbox has made several changes to provide better PC support over the last couple of years, and on top of that several Xbox Game Studios titles are finding great success on the PC platform as well. XBOX studios head Phil Spencer recently thanked PC players for showing their support, while also acknowledging the fact that there’s more work to do ahead. Spencer thanked the PC gaming community for the warm reception they have given to recent Xbox games, in his latest Tweet.

As we already know it’s safe to say that Microsoft’s efforts for PC gaming haven’t been received very well, at least looking at the ‘Games for Windows Live’ service, and also the early days of titles on the ‘Windows Store’. But over the last couple of years, however, few things have started changing and materializing. Recently, several exclusive titles from Xbox Game Studios have arrived on PC at the same time as on Xbox. PC gamers also have the ability to choose between Xbox Game Pass for PC, or if they prefer Steam.

Last year in May 2019 Microsoft announced that more Xbox Game Studios games were on the way to the Steam platform. This move combined with the launch of Xbox Game Pass on PC, has significantly boosted the company’s business/growth. In recent weeks games like ‘Sea of ??Thieves’ and ‘Grounded’ have attracted a significant amount of players on both Steam and Xbox Game Pass, and something similar happened with the arrival of Halo: The Master Chief Collection as well. Phil Spencer recently tweeted a message stating that the newfound support Xbox is seeing on PC is highly appreciated. He also emphasized that there’s more work to do. Spencer assured his long-term commitment to PC gamers as well. He also thanked the team over at Steam for their help, support and cooperation.

“I want to thank the community for the support on PC. We made statements like this a few times over the years and there were skeptical responses. There is more work to be done, but the support we are seeing through Xbox Game Pass and Steam is great now, thanks,” wrote Spencer.

I wanted to thank the community for the support on PC. We made statements like this a few times over the years and the skeptical responses were earned. More work to do but the support we are seeing through @XboxGamePassPC and @Steam team right now is really great, thanks. https://t.co/MQKdShv7MK

Several Xbox games like Rare’s pirate adventure Sea of Thieves have sold over a million copies since releasing on Steam back in June. As of now, currently four of the top ten best selling games on Steam are titles published by Xbox Game Studios, with Grounded being the best selling title.

Future Xbox titles like Microsoft Flight Simulator and Halo Infinite would be releasing on PC alongside Xbox One and Xbox Series X this Holiday 2020, further boosting the success of Xbox titles on the PC platform. All in all things are going well for Microsoft on the PC front, and I hope it continues to get better with time. The Xbox boss seems to be pleased with the support given for Microsoft on the PC, because of Game Pass and Steam.