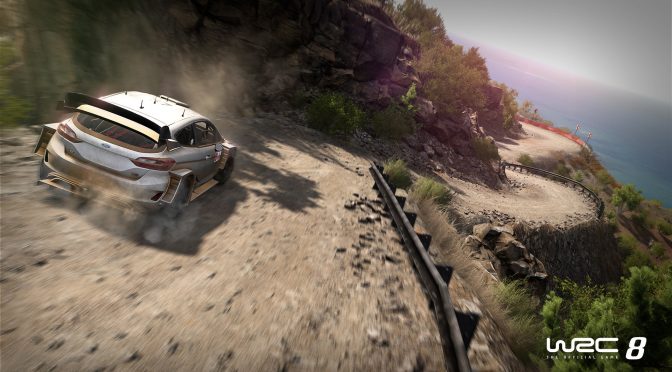 Bigben Interactive has officially announced that WRC 8, Bee Simulator and Paranoia: Happiness is Mandatory will be timed-exclusive on Epic Games Store. According to the publisher, these games will release on other digital stores one year after their Epic Store release.

“We are very pleased to be reinforcing our Epic Games store offer with a variety of games from our catalogue. Our latest offer is comprised of three games that are very different from each other; Bee Simulator, a superb family game; Paranoia: Happiness is Mandatory, a tactical CRPG brimming with dark humour; and WRC 8, the official simulation of the FIA World Rally Championship, which will also be the first rally game available on the Epic Games Store.”

Earlier this month, we informed you about the possibility of WRC 8 abandoning Steam. Bigben’s first Epic Games Store exclusive game was The Sinking City. Although the publisher has not revealed any sales figures, it appears that it was really happy with Epic’s deal. Moreover, and I don’t know whether this is due to Epic’s deal, The Sinking City has not received a single patch.

WRC 8 will release on September 5th and will feature off-road physics for all surfaces. The game will also comes with a completely redesigned Career Mode, extreme and dynamic weather conditions, 52 teams, 14 countries, over 100 special stages, weekly challenges and an eSports mode.

On the other hand, Bee Simulator will release on the PC in late 2019. In Bee Simulator, you will assume the role of a bee. According to the publisher, this will be a friends and family game.

Last but not least, Paranoia: Happiness is Mandatory is a CRPG that takes place in humanity’s last idyllic refuge; Alpha Complex. The game will feature retro-futuristic world and a real-time tactical combat system. Players will be able to create and lead a team of four Troubleshooters working for Friend Computer. There will be 9 available skills for specialisations, as well as a unique character progression .