As the modder claimed, this isn’t a complete experience yet though. AstroCreep used a modified HUD from ECMac and a few placeholder sounds and HUD graphics are left from PC Wolf. Apart from these small differences, though, this is identical to the SNES version as all sprites and textures have been replaced with SNES counterparts.

Now I don’t know why some would want to play the censored SNES version but hey, that’s the beauty of modding; you can play whatever you want. Now if only modders could port some other FPS SNES games like Jurassic Park (imagine a complete port of that SNES game with the quality of the Visitor’s Center fan game/demo) 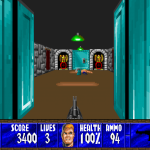 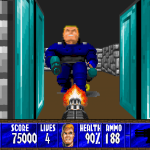 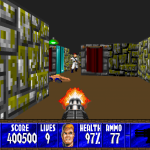