Steam has revealed its June 2019 hardware and software survey and as we can see, Windows 10 dominates the OS charts. Microsoft’s latest operating system has been adopted by 71% of the survey takers, leaving behind Windows 7 with 22% and Windows 8.1 with 3%.

Naturally, Intel and NVIDIA also dominate Steam’s CPU and GPU market, respectively. According to the charts, 75.5% of the survey partakers are using an NVIDIA graphics card and 82% are using an Intel CPU. 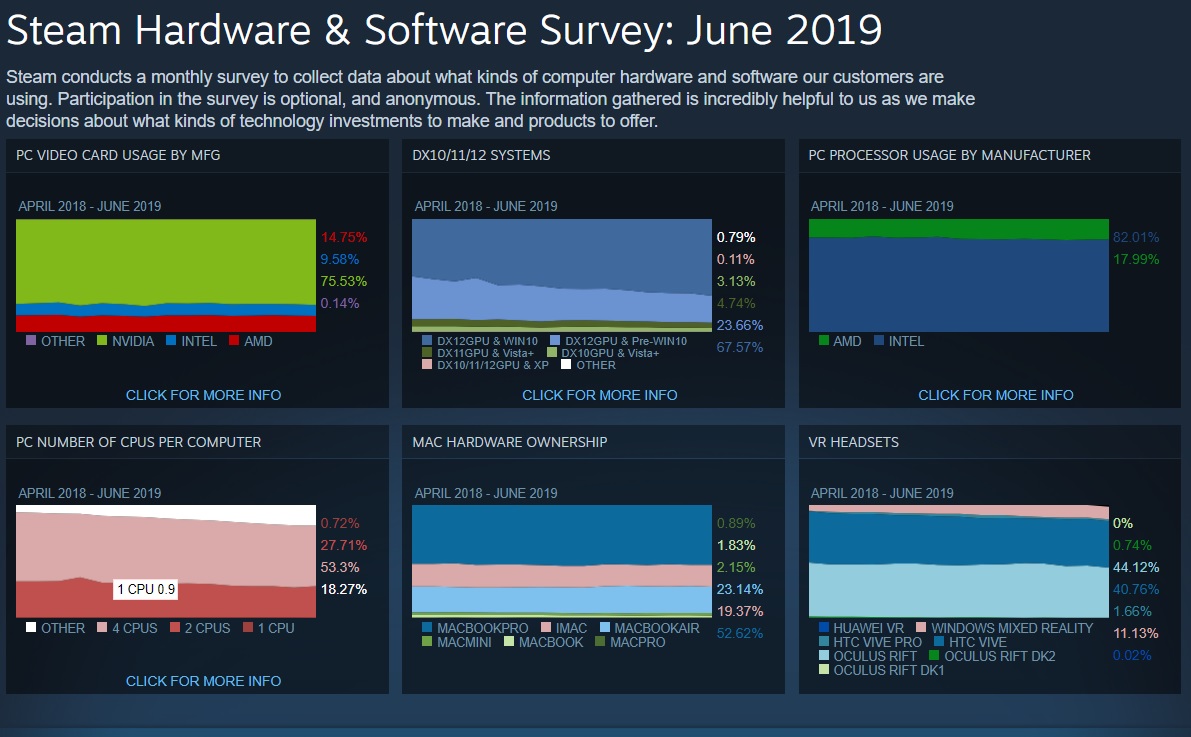 Interestingly enough, quad-core systems are slowly – but steadily – decreasing and PC gamers are now getting CPUs with more than four CPU cores. Unfortunately, Steam does not have a specific percentage for six-core or eight-core CPUs (they are all included in the “Other” category).