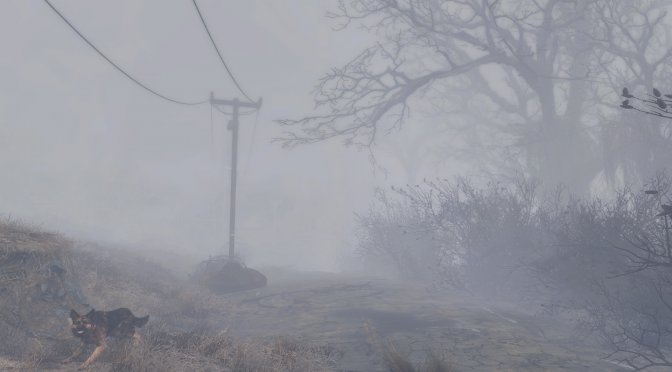 Mangaclub has released a pretty cool mod for Fallout 4. Whispering Hills turns Fallout 4 into a Silent Hill-like Nigthtmare. As such, players will be surrounded by Silent Hill’s iconic Thick Fog. Furthermore, there are now strange sounds and players will be occasionally being dragged into a otherworld where monsters await them.

According to its description, this mod overhauls all background sounds of the Commonwealth and replaces them with Spooky and creepy ones from Silent Hill. Moreover, it overhauls Combat Music and adds 10 Fog Weathers for you to constantly experience.

It’s also worth noting that players can Craft themselves a Control Holotape at any Chemical Station. Here, they can also setup many aspects of the Otherworld. For instance, they can adjust how often it appears and how likely it is that monsters attack you.

This mod is relatively small in size, only 110MB, and you can download it from here. Below you can also find some screenshots from it.