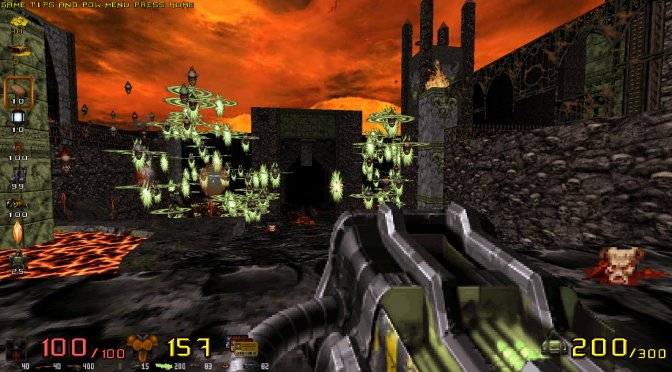 William Gee and Dan Gaskil have released the full version of their fantasy-style total conversion mod for Duke Nukem 3D, WGRealms Demon Throne. WGRealms Demon Throne is an action retro-shooter with two playable characters and RPG elements. The game was originally heavily inspired by other retro shooters, like Blood, Hexen and Doom.

WGRealms Demon Throne has over 20 levels with more than 20 different monsters and over 10 bosses. Additionally, most of these monsters have several different versions.

In this total conversion mod, gamers can play as 2 different characters; Duke Nukem or Jedrik. Players will fight with kick-ass weapons, use magical powers, ally themselves with immortal beings from far of lands, complete quests, and kill monsters to collect gold and gem.

It’s a pretty cool mod, so be sure to download it. This mod also requires Eduke32 in order to play.