When Watch Dogs was first announced, a lot of people believed that the game was based on Assassin’s Creed engine, AnvilNext. It appears though that this is not the case, as Ubisoft has developed a brand new engine for it. According to Sebastien Viard, Technical Director on Watch Dogs, Watch Dogs is built on the Disrupt engine. 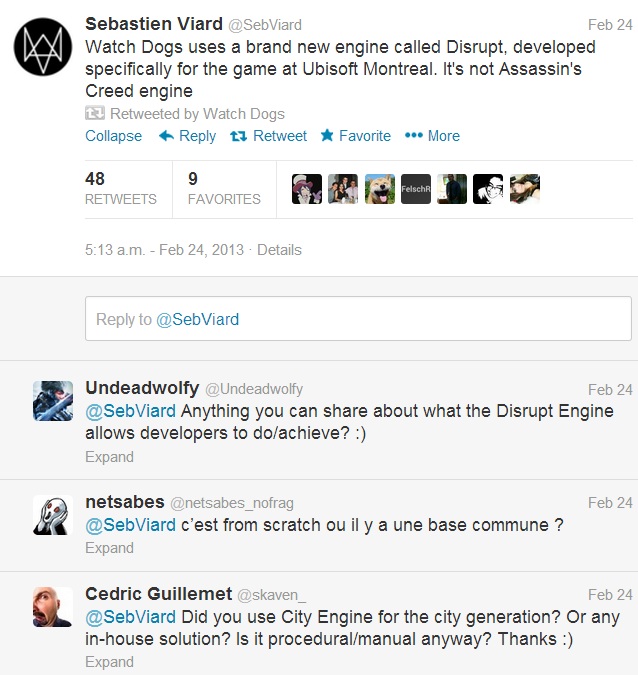 This is definitely good news as the AnvilNext engine suffered from a lot of issues. It will be also interesting to see whether the Disrupt engine is more friendly to multi-core CPUs or not. In addition, this new engine will be supported by both current and next-generation platforms, as Watch Dogs is planned for a cross-platform release.

A few days ago, Ubisoft presented a new demo for Watch Dogs (during PS4’s reveal meeting). This demo was running on a PC and you view its walkthrough – for one more time – below!