Ubisoft has revealed today its quarterly financial results for the third quarter of fiscal year 2015/2016. According to the French company, a new Watch_Dogs game, Tom Clancy’s Ghost Recon WildLands, For Honor and South Park the Fractured but Whole will be released before April 2017.

“In 2016-17 the Company expects to achieve sales of around €1,700 million, non-IFRS operating income of approximately €230 million and strong free cash flow generation. Ubisoft will launch a very high-quality line-up, including For Honor®, South Park(TM) the Fractured but Whole(TM), Tom Clancy’s Ghost Recon® WildLands, the next instalment of Watchdogs®, and a new high-potential AAA brand with strong digital live services.”

In addition, Ubisoft revealed that the PC platform is the third most profitable platform. The first one is PS4 (with 41%), followed by Xbox One (27%) and the PC (12%). 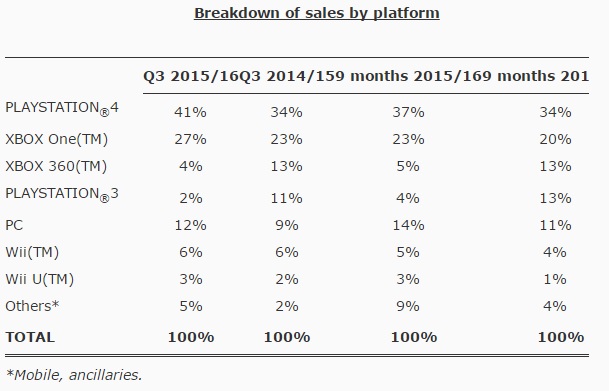