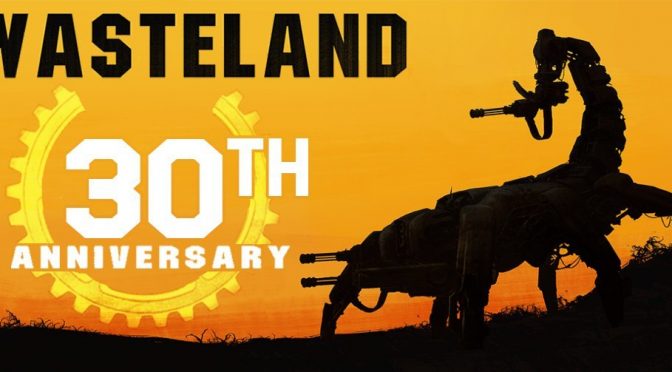 inXile Entertainment announced the Wasteland 30th Anniversary Bundle, a celebration of the video game series which launched the post-apocalyptic genre in video gaming and inspired successors such as the Fallout series. The bundle includes items from across the history of the series, along with two new items – a musical track by Mark Morgan, which represents the first publicly available new content from 2019’s Wasteland 3, and a currently in pre-production 30th anniversary remaster of the original Wasteland by Krome Studios.

This bundle will contain all the items listed below and be sold for $44.99, launching at 10% discount in celebration of the game’s anniversary. When Wasteland – 30th Anniversary Edition is released, it will also be added to the libraries of customers who purchased the bundle at no additional cost.

“The original Wasteland is one of the games that I am most proud of and certainly one of the most influential. Wasteland 2 helped launch an era of crowdfunding as a viable platform for game development and let us focus on making the kinds of games that we love to make and that our players want. With Wasteland 3, we’re continuing to develop this world we started in 1988 and we’re excited to provide the first taste of what we have in store for players.”

The signature item of this bundle is Wasteland – 30th Anniversary Edition, a remastering of the first game that will feature updated graphics (which maintain the spirit of the original pixel art), run natively in current operating systems and at all current resolutions, and offer other quality of life features. This work is being done by Krome Studios, the team currently behind a similar remastering of The Bard’s Tale Trilogy.

The Wasteland – 30th Anniversary Edition remaster is currently in pre-production, with an expected completion date of early 2019.