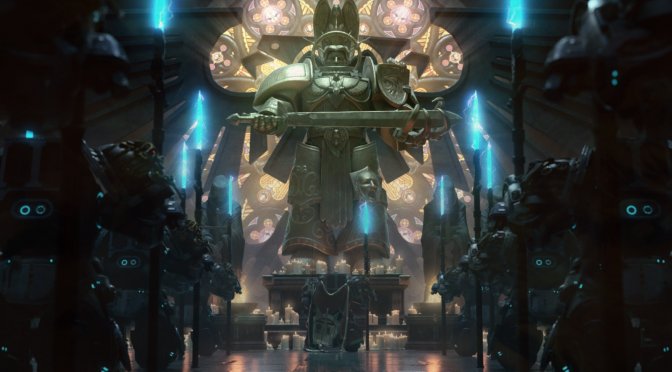 Frontier Foundry has announced that the turn-based tactical RPG Warhammer 40,000: Chaos Gate – Daemonhunters will release on May 5th, 2022. In order to celebrate this announcement, the team released a brand new trailer that you can find below.

In addition, the development team at Complex Games is excited to reveal that legendary actor Andy Serkis (The Lord of the Rings, the Planet of the Apes trilogy, The Batman) will lend his vocal talents to Vardan Kai, a Grand Master and Steward of the Armoury, in the game’s campaign.

Warhammer 40,000: Chaos Gate – Daemonhunters is a cinematic turn-based tactical RPG. Players will control a squad of genetically-enhanced Space Marines known as the Grey Knights in their efforts to purge the forces of Chaos and stop the spread of the Bloom, a galaxy-spanning daemonic plague. From their mobile base of operations, the Baleful Edict, players will decide which planets endure and which must fall in the Grey Knights’ efforts to suppress the thriving Bloom threat.

Players will command the Grey Knights in fast-paced and brutal ground combat missions, using high-precision tactics and environmental destruction to eradicate the forces of Chaos. They must use everything at their disposal to purge the Bloom, switching up their strategies as circumstances dictate. During missions on infected planets, events known as Warp Surges can occur and summon enemy reinforcements, or make opponents even stronger.