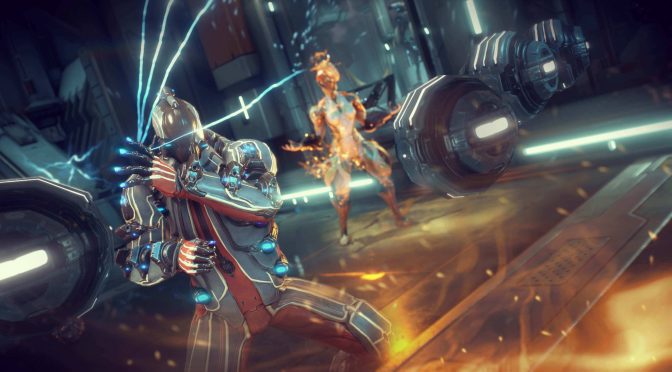 Digital Extremes has released a new update for Warframe. According to the press release, The Old Blood introduces the Kuva Lich and a brand-new Nemesis-like game system. It also debuts the 42nd Warframe, the insatiable Grendel.

Going into more details, the much-anticipated debut of the Kuva Lich challenges veteran players with a new Nemesis-like game system.

“As players encounter and re-encounter their evolving nemesis, the Kuva Lich amasses resources, territory, and allies that will alter their next encounter, whether planetside or, when Empyrean launches, aboard a deep space warship. Use the new Parazon, the hidden blade of the Tenno, to confront and kill the Kuva Lich.”

On the other hand, Tenno will experience substantial upgrades to the melee combat system with “Melee Changes: Phase 2”. This overhaul streamlines and deepens Warframe’s lightning fast melee combat. At the same time, it bolsters hundreds of weapons with substantial buffs and re-balanced stats to empower more brutal, devastating close quarter combat. These upgrades also feature a reworked Combo System that makes initiating, chaining and ending combos seamless and intuitive. They also add new Heavy Attacks to lift, juggle and pummel enemies in air.