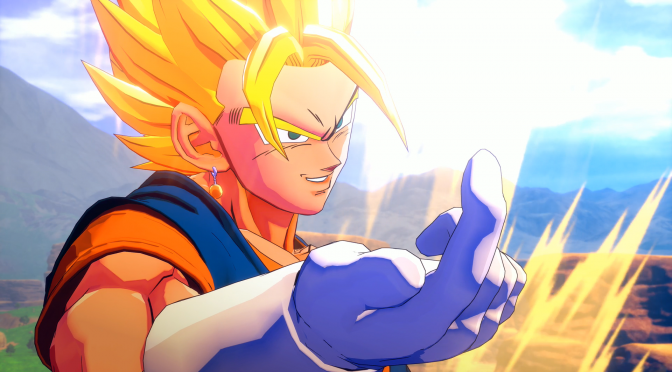 Bandai Namco has released a brand new trailer for Dragon Ball Z: Kakarot. This new trailer showcases the birth of Vegito during the Buu saga. In case you weren’t aware of, Vegito is the potara fusion of Goku and Vegeta.

As we’ve already reported, this new DBZ game will feature all of the Z sagas. In other words, players will experience the Saiyan, Freeza, Android, Cell and Buu sagas. Moreover, players will be able to control other characters than Goku, like Vegeta, Trunks, Piccolo, Gohan and (as we can see in this trailer) Vegito.