Kalypso Media and Games Farm revealed today Vikings – Wolves of Migard, a bold new IP that will pit Action RPG fanatics against the most legendary of all mythological conflicts: Ragnarok.

Regarding the game’s story, this is what Kalypso Media had to say:

“Legend has it, that when the coldest winter descends, the Jotan will return to take their vengeance against the Gods of Asgard. The world is on the road to perdition and the fate of Midgard hangs in the balance. But when the Fire and Frost Giants begin to merge their armies, they encounter the clan of the Ulfung – the Wolves of Midgard. Bloody, but unbowed following the destruction of their village, this notorious band of ostracized Viking warriors are determined to seize their destiny and save the world. As clan chief, you must save Midgard from complete annihilation, and spearhead the charge to vanquish the fiendish creatures of the Fimbulwinter.”

Vikings – Wolves of Midgard is coming in 2017 and promises to transport you to the Shores of Midgard, a world based upon the mythology and history of the Vikings. Players will battle the fearsome Jotan, hordes of terrifying undead monstrosities and other myriad beasts of Ragnarok, either on their own or by teaming up with a friend via the online co-op multiplayer mode.

As well as the regular story mode (and New Game+), players can also test their mettle in the ‘Trials of the Gods’ – a special challenge mode that rewards the best warriors with special equipment and runes.

Here are the key features of Vikings – Wolves of Midgard: 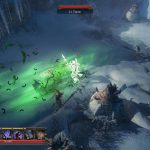 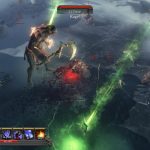 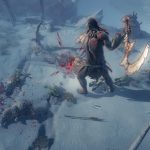 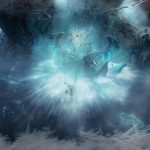 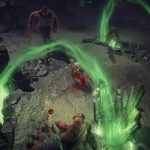