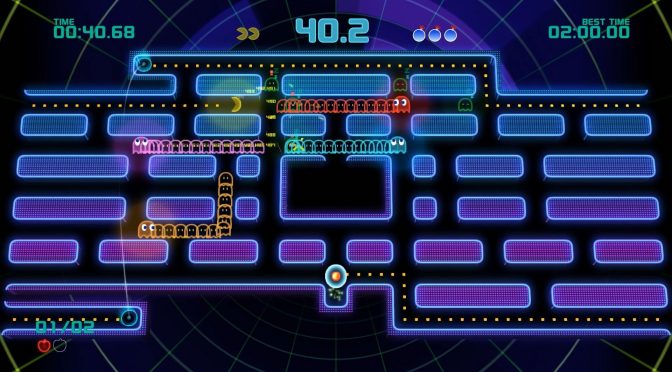 PAC-MAN CHAMPIONSHIP EDITION 2 will also return with the Score Attack mode where players need to gather as many points within a specified time and a new Adventure mode that will have players chasing fast moving fruit, battling big bad bosses, and experiencing fun new ways of playing PAC-MAN.

“Terrific gameplay is always in fashion and after 36 years as a videogame icon, PAC-MAN still brings fun and smiles to the faces of countless gamers around the world. PAC-MAN has always promoted friendly competition, and we’re chomping at the bit to see PAC-MAN CHAMPIONSHIP EDITION 2 ignite friendly rivalries among friends and families to achieve the highest score.”