Valve launch its 2017 Steam Summer Sale on June 26th and according to its official stats, the company received 300K refund requests. And to be honest, this was to be expected. After all, most games are not coming with a free demo and a lot of gamers are using Steam’s refund system in order to try them. 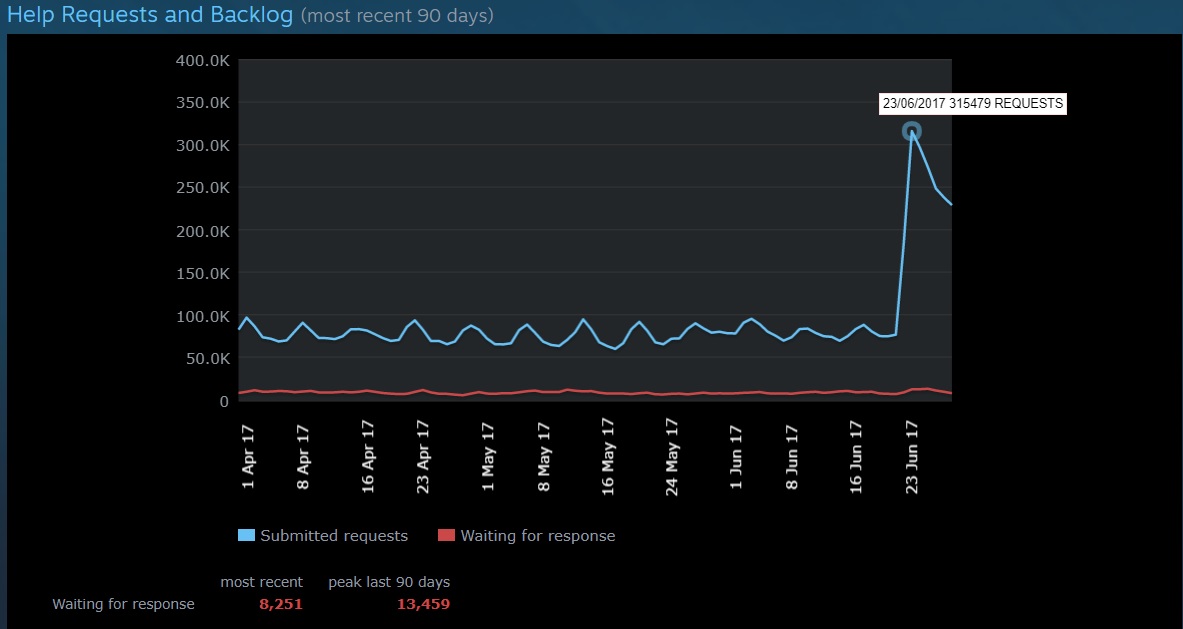 Do note that these requests cover Refunds, Account Security & Recovery, Purchase & Billing Support and Game & Steam Technical Support. Apart from Refunds, the other three categories are usually around 15K to 20K requests. As such, we can somehow estimate the number of refund requests that Valve received during these few days.

On June 23rd, Valve received almost 300K refund requests and that number went down to 200K on June 28th.