Megaton incoming or not? Valve today trademarked Half Life 3 in Europe. In case you’re wondering then no, this is not a prank. Valve has officially filed a trademark for Half Life 3. Now the question is whether Valve is actually working on it or not. Is Half Life 3 actually happening or is Valve trying to protect its IP by filing a trademark (you know, in case others want to get their hands on that name)? Still, it’s quite interesting to say the least, so let’s see how this story unfolds. Kudos to NeoGAF’s member ‘shinobi602’ for spotting it, who was also kind enough to also capture the following images. Believe! 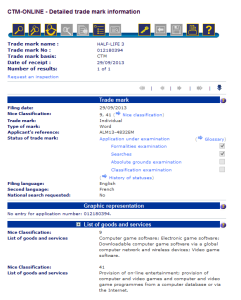 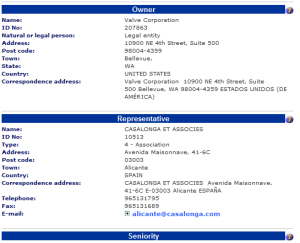 A logo has been submitted by Valve back in July that passed under everyone’s radar. In addition, Valve’s Internal Bug Tracker features a Half-Life 3 core group. According to Reddit user ‘ekim1’ this group has been included recently and the general group for Half Life 3 has three additional members. Not only that, but the fact that Half Life 3 is present in that internal bug tracker has pretty much confirmed that Valve is working on something. After all… you don’t track bugs unless you’re developing something, right?