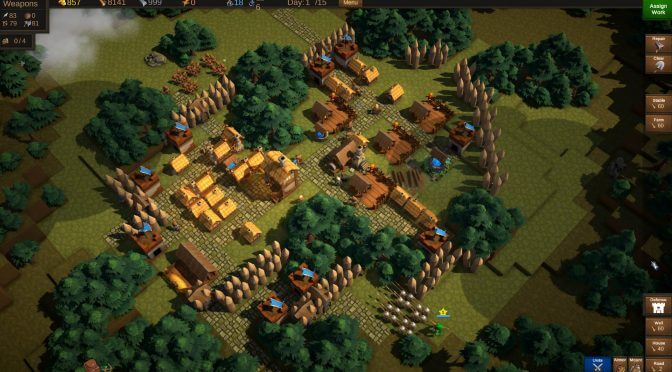 Ryan Drag has announced that his new game, Valeguard, will release on Steam Early Access on May 11th. Valeguard is part “turn-based-strategy” and part “tower-defense” in which you build defenses, train troops, and hold the line with powerful heroes.

As its description reads, each day you wo;; construct your defenses, train troops, and prepare for attack and when enemies come in the night, you defend with RTS-style combat using troops and heroes with powerful abilities.

Players will need to save as many towns as they can, while they travel through the Vale. Players will have to choose wisely, because each town unlocks unique assets and a hero to aid in future battles. Furthermore, each play players can unlock more heroes and discover new strategies to achieve victory.

The Steam Early Access version of Valeguard will be fully playable from start to finish. There will be a bunch of unlockable heroes, three enemy races, hours of semi-procedural levels, events, rare items, and more. There will also be a tutorial, tool-tips, and easy, medium, and hard modes to help players get started.