I still consider the first Unreal as one of the best first-person experiences. That castle intro with its ridiculously amazing reflective floors, that moment when players exited the ship and witnessed the game’s open environments, that first encounter with the Scaarj… Unreal was simply ahead of its time. For years players have been asking for a proper remaster and while Epic Games is not willing to release such a thing, we can get a taste now of what Unreal could look like in Unreal Engine 4.

Modder ‘kwstasg’ has released the first version of Unreal VR. Unreal VR is a total conversion of Unreal Gold, that came out in 1998, in Unreal Engine 4 with VR support. The good news here is that Unreal VR can also be played even if you don’t own a VR headset. So yes, while the experience will be greater with a VR headset, PC gamers can finally play some of the original Unreal levels in Unreal Engine 4.

This first version of Unreal VR features the Vortex Rikers level. This is basically Unreal’s first spaceship level, featuring everything that was present in the original map; from the prison cells to the computer rooms. Naturally, and thanks to Unreal Engine 4, this map has been visually enhanced. Gamers can expect better and higher quality textures, as well as numerous modern-day graphical effects.

From the looks of it, this VR project is mostly a walking simulator (or a level recreation if you prefer). Players can freely explore the Vortex Rikers level but there are no weapons or enemies to fight. And let’s be realistic here; it would take a lot of time for a modder to add proper gameplay elements like cut-scenes, set-pieces, enemies, and NPCs that are fully animated, as well as firing mechanics for all weapons. As such, don’t expect any of this in the near future. Still, this is a pretty cool project and we strongly suggest downloading, especially if you are big fans of the first Unreal game.

Those interested can download this open-source total conversion of Unreal Gold from here. Below you can also find some screenshots from it. 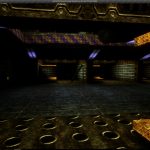 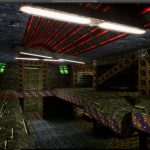 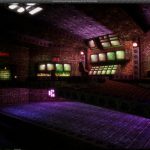 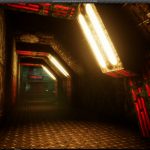 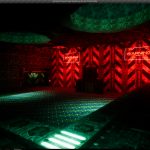 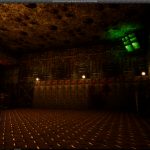 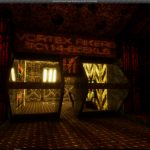 As a bonus, here is the amazing soundtrack from Unreal Gold!