During GTC 2018, NVIDIA revealed that Epic Games’ amazing real-time raytracing tech demo in Unreal Engine 4, Reflections, was running on four Tesla V100 graphics cards. And while it took four Tesla V100 GPUs to power it, it’s pretty incredible that this demo was running in real-time at a smooth framerate.

Furthermore, NVIDIA revealed that its NVIDIA RTX technology will be supported by both Microsoft’s DirectX Raytracing API and the Vulkan API. 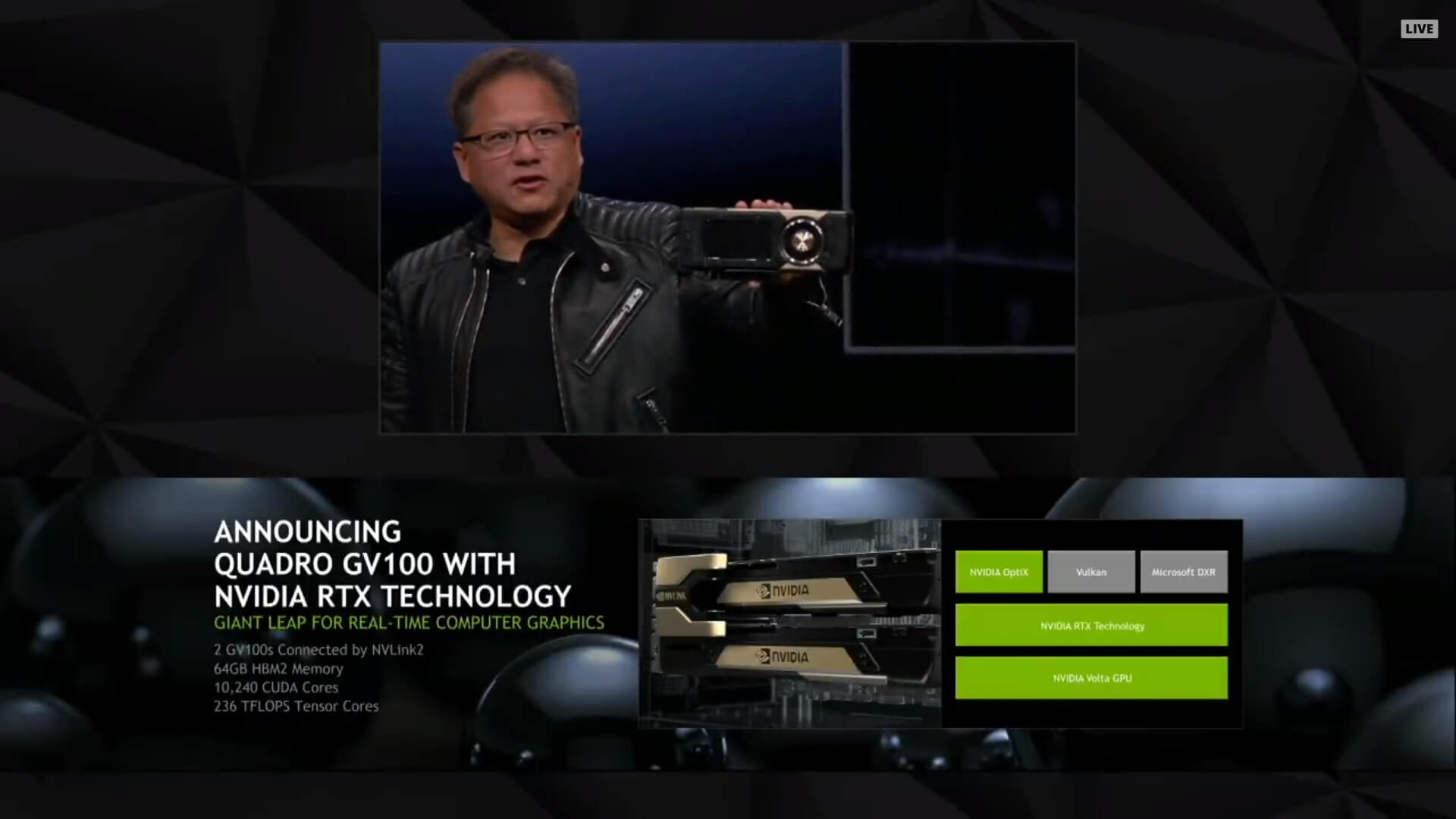 Edit: Here are the full specifications for the NVIDIA Quadro GV100 (thanks Metal Messiah). 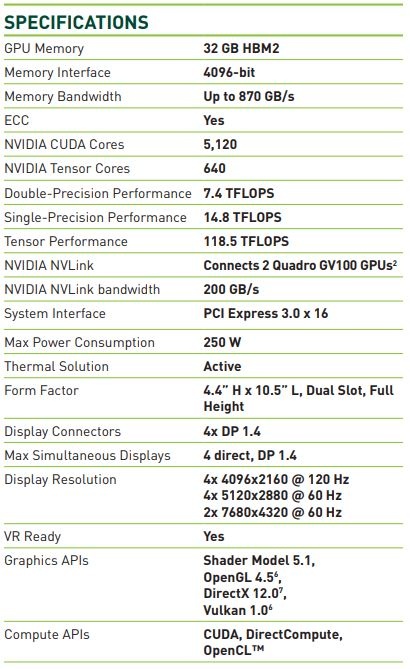