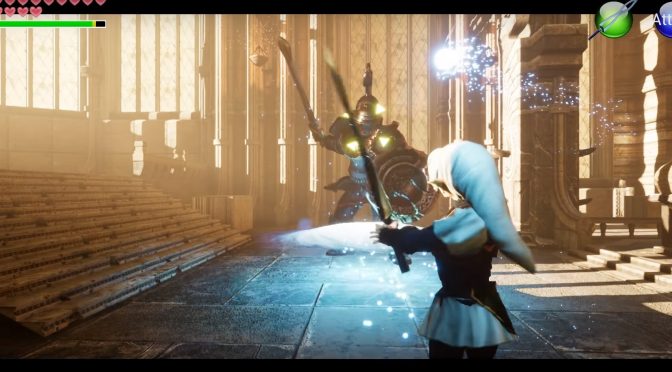 A few days ago we informed you about a new fan tech demo for Zelda in Unreal Engine 4. This tech demo allowed players to control Fierce Deity Link and fight the Darknut. And yesterday, its creator released a VR version of this demo that supports both the HTC Vive and the Oculus Rift.

This demo features one level. The Darknut resembles a large knight, equipped with heavy armor and a large sword, and a wide shield. On the other hand, Fierce Deity Link is one of the transformations Link turns into in Majora’s Mask, achieved by wearing the Fierce Deity’s Mask.

Unreal Engine 4 Zelda VR is really cool and since we’ll be not getting any official Zelda game on the PC anytime soon, we strongly suggest downloading and playing it.